It’s been a really long time since I’ve had a great trip to the thrift store. I guess I needed a change of scenery. Recently, my thrifting buddy took me to some new places outside of the city I’d never been to before. And they were a wealth of treasures. 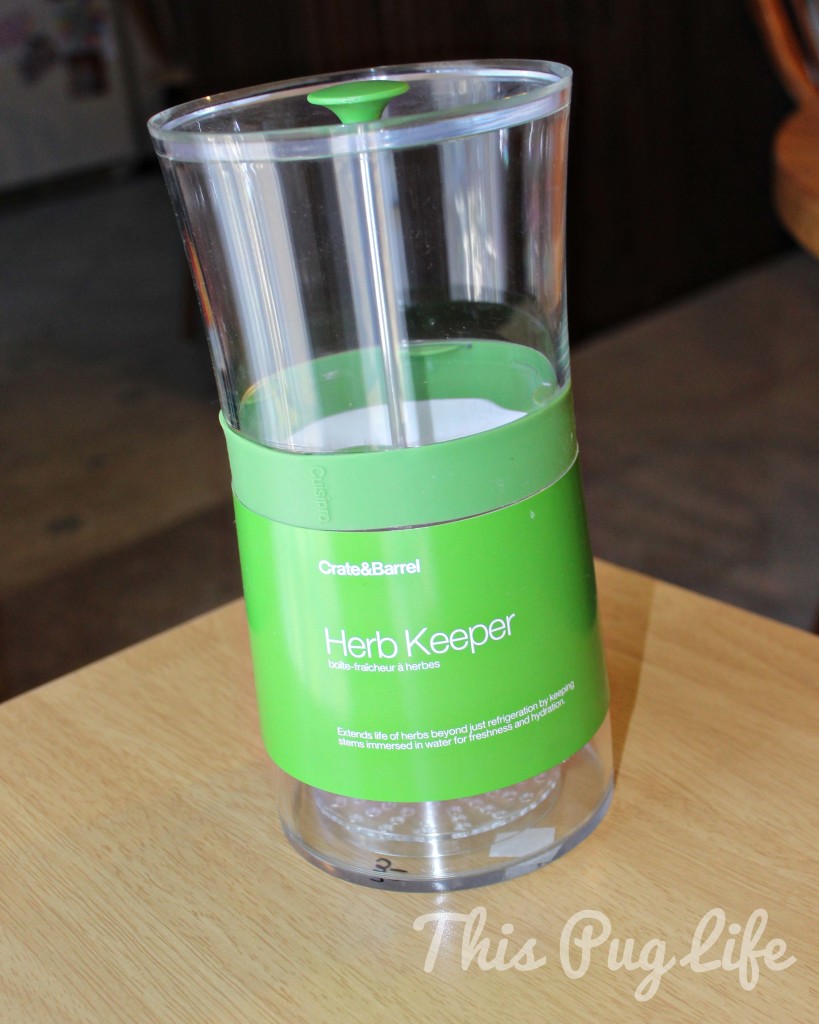 The first stop was a Goodwill, which I’ve obviously been to before, but not this particular location. I found this new Herb Keeper from Crate & Barrel for $3. I tried to find out how much it costs new, but it looks like they don’t make this version anymore. The current one they sell is glass and is around $20.

It looked pretty handy, it was cheap, and it was from Crate & Barrel so I basically had to buy it by default. I haven’t used it yet but you fill the bottom with water to keep your herbs hydrated. When you want to use them, you lift up the lid and you can pick or cut what you need without removing the whole bunch. 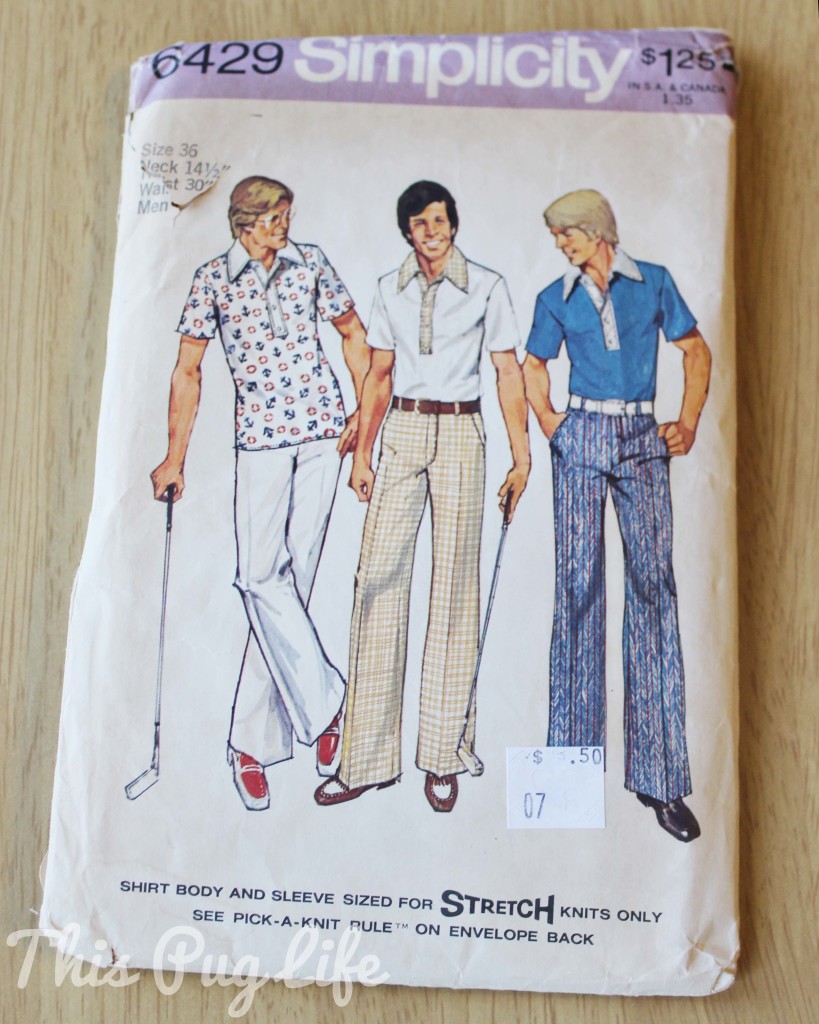 The next place we went to was just amazing. It was kind of an old lady’s paradise… so naturally I loved it too. There was a little bit of everything, including a big sewing section. Among the 90s fashion monstrosities I discovered these crazy dudes from 1974. I have to believe my grandpa wore an outfit exactly like these on the golf course back in the day. I just really love old patterns like this and I plan on doing some sort of decorating/art project with them at some point. 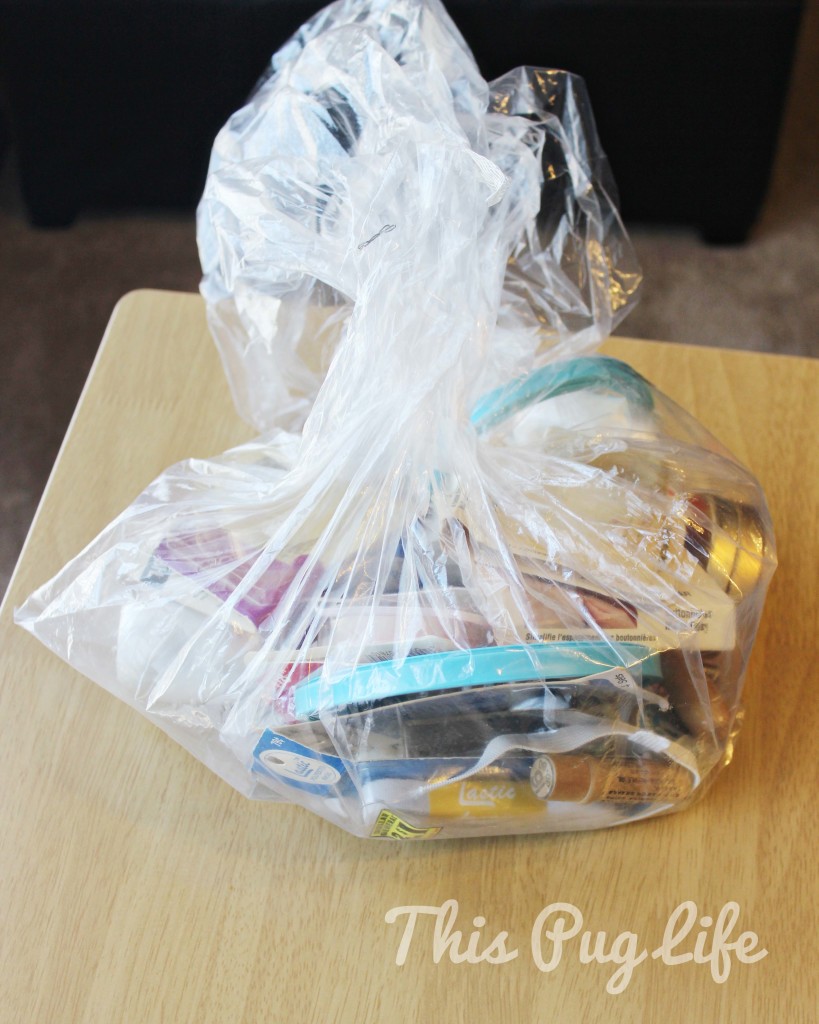 The last store we went to is a chain called Red Racks. I had never heard of it before, but based on my first experience I can definitely recommend it. The place is absolutely enormous and packed with goodies. They also had a lot of these bags, which we deemed “bag of treasures”. At first glance it might look like just a bag of crap, which… isn’t entirely wrong. But, look at what it was filled with all for $4.98. 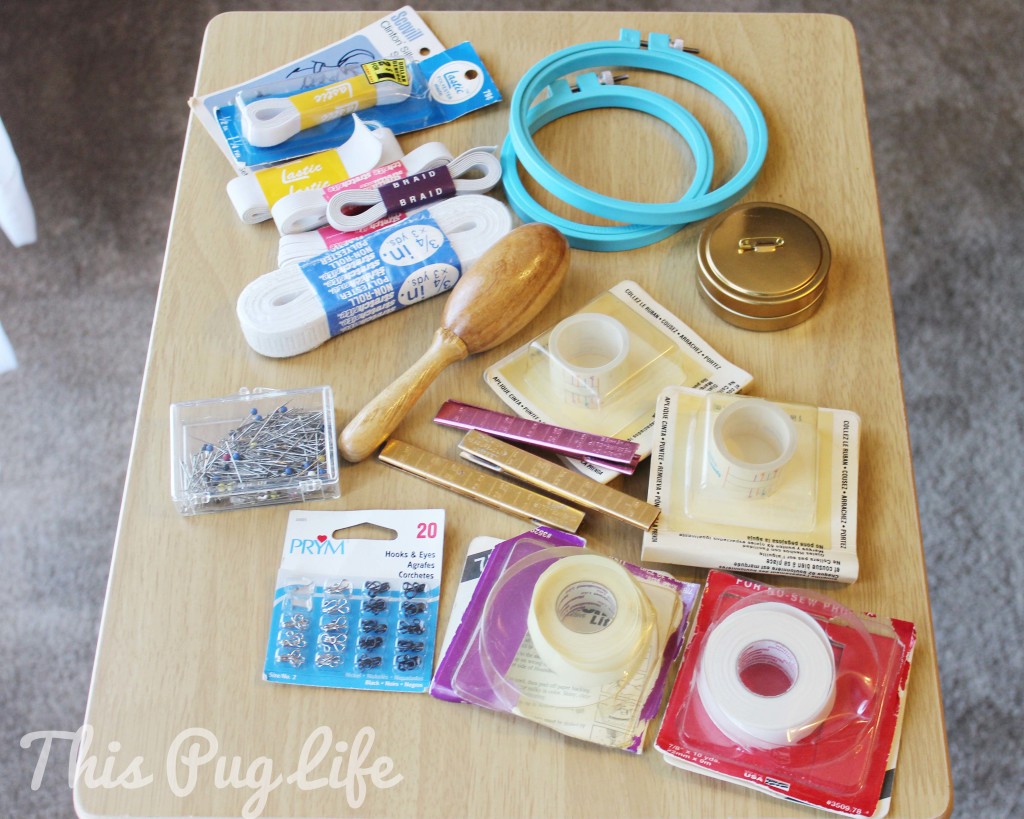 All kinds of random sewing items I might need! I can already see those hoops being used in some sort of DIY art project. And lots of other little bits and bobs that will surely come in handy at some point. This is one of my favorite finds in a while, which is kind of funny since it really is just a random bag of junk. I mean, treasures.

I do need your help figuring out what the wooden maraca looking thing in the middle is used for. Based on the theme of the bag it should be sewing related but I have never seen one before.

I hope you enjoyed this round of Thrift Shop Adventures! Have you found any great deals lately?