I have a bit of an obsessive personality, so when I decide I like something, I get really enthusiastic about it. I also really like to talk, so I figured I’d give my family and friends a break and share it with the world instead. My monthly obsessions can come from just about any category you can think of; food, beauty, clothing, pet supplies, electronics and everything in between.

Here is what I’m obsessing over this month: 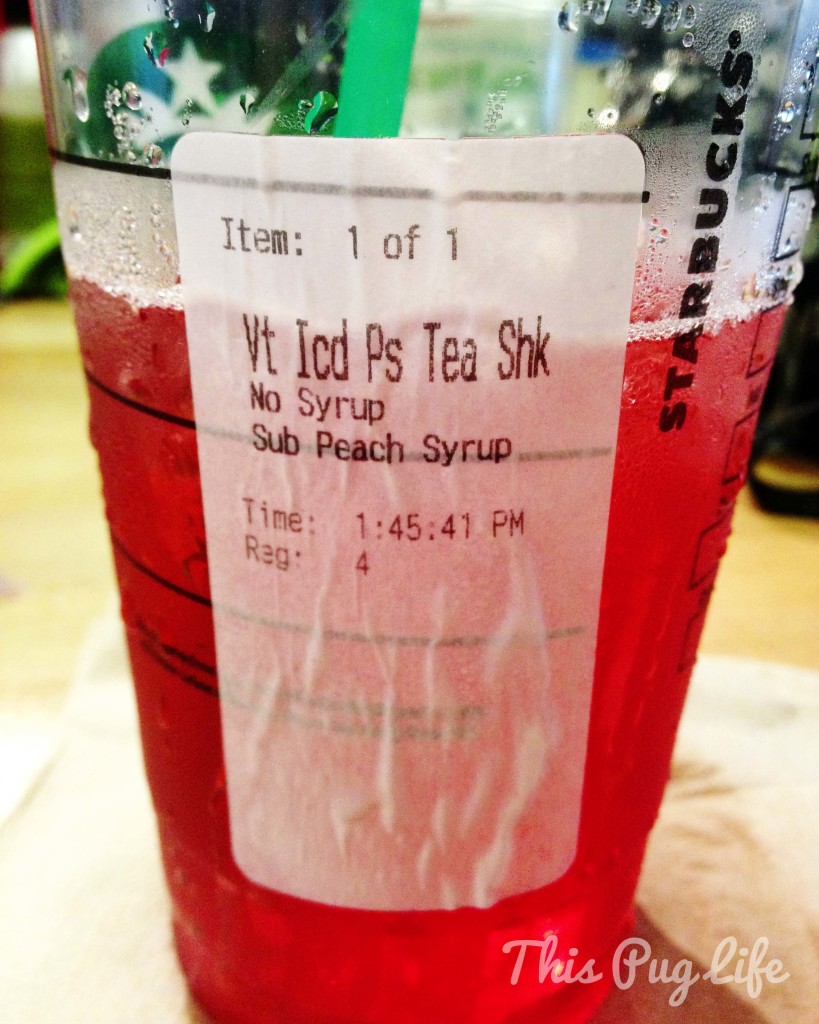 Starbucks Passion Tea with the new peach syrup in place of classic. I’ve heard the peach syrup is only seasonal for summer, which I hope is just a nasty rumor. 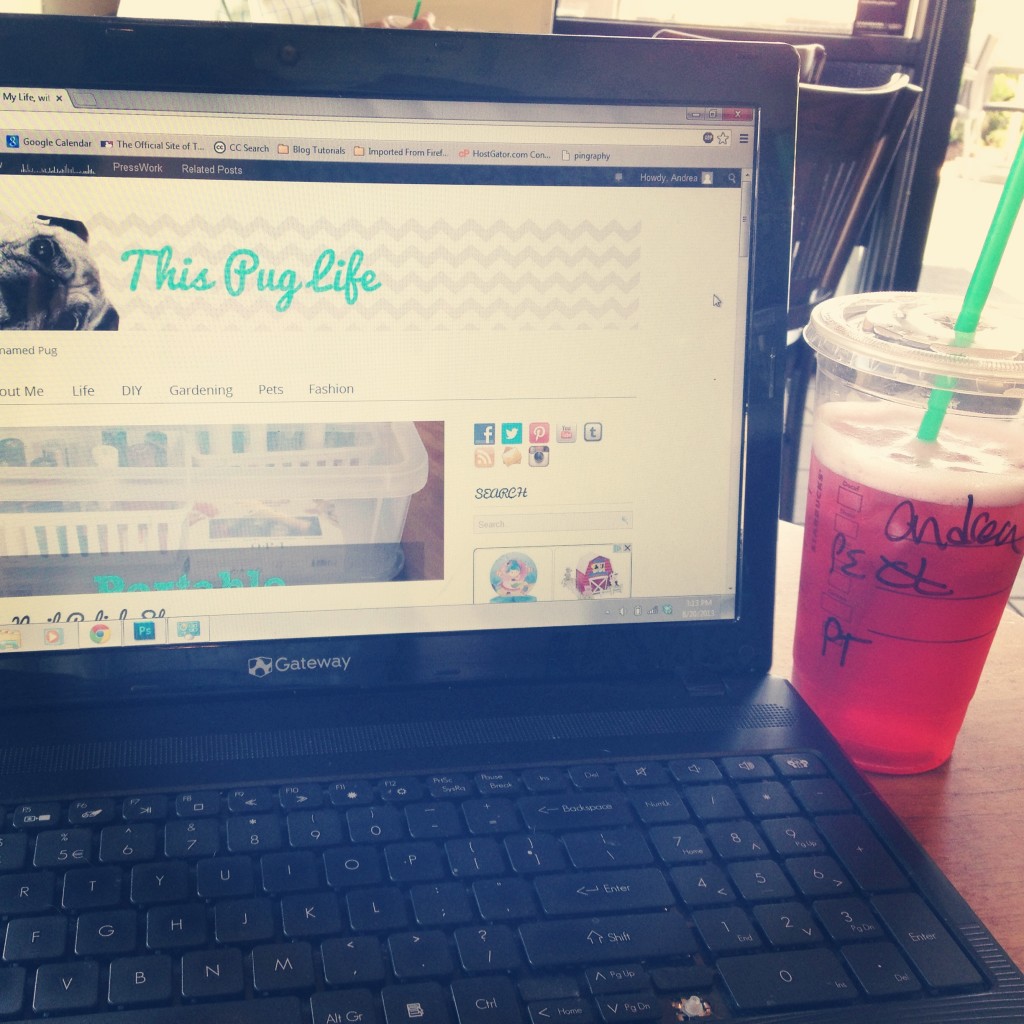 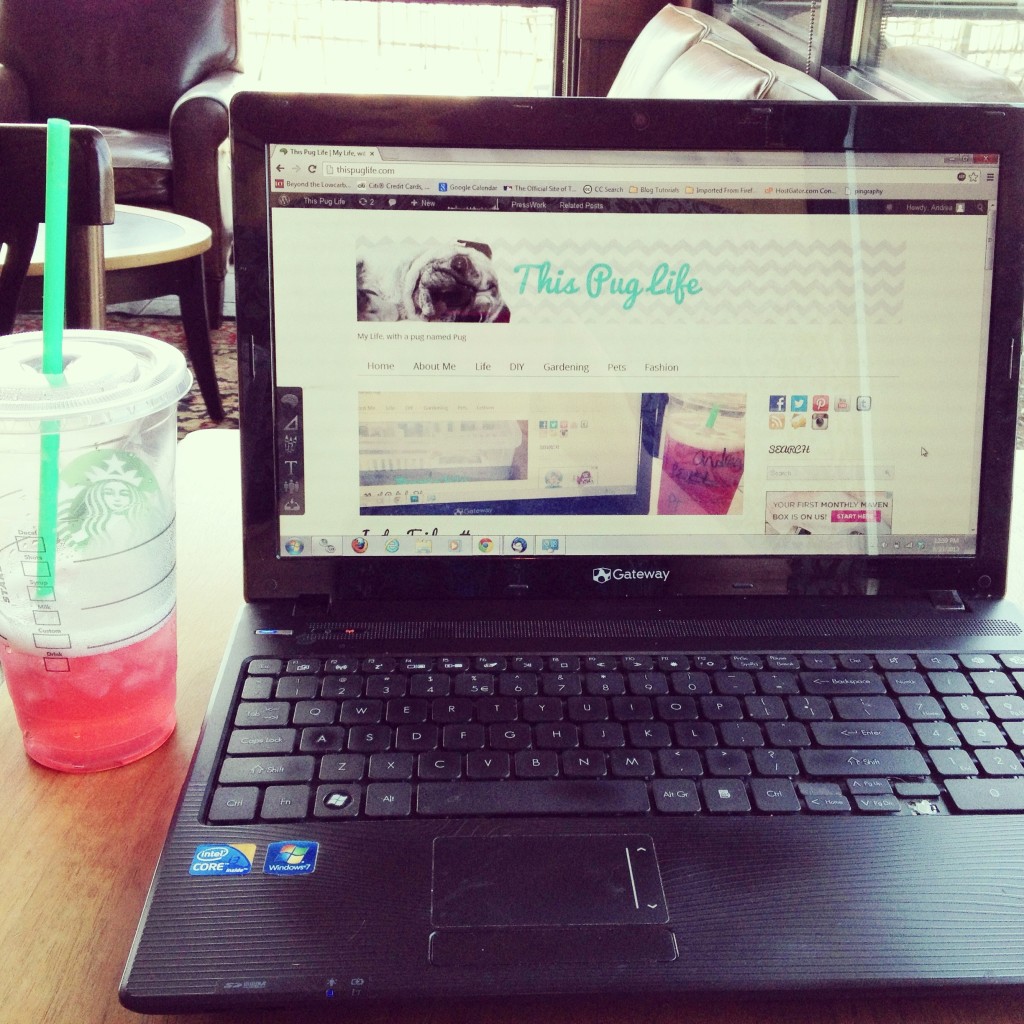 Seriously, I have three separate pictures of myself drinking this tea on my phone from the past month. And believe it or not, I’m not one of those people who takes a picture every time I drink Starbucks. 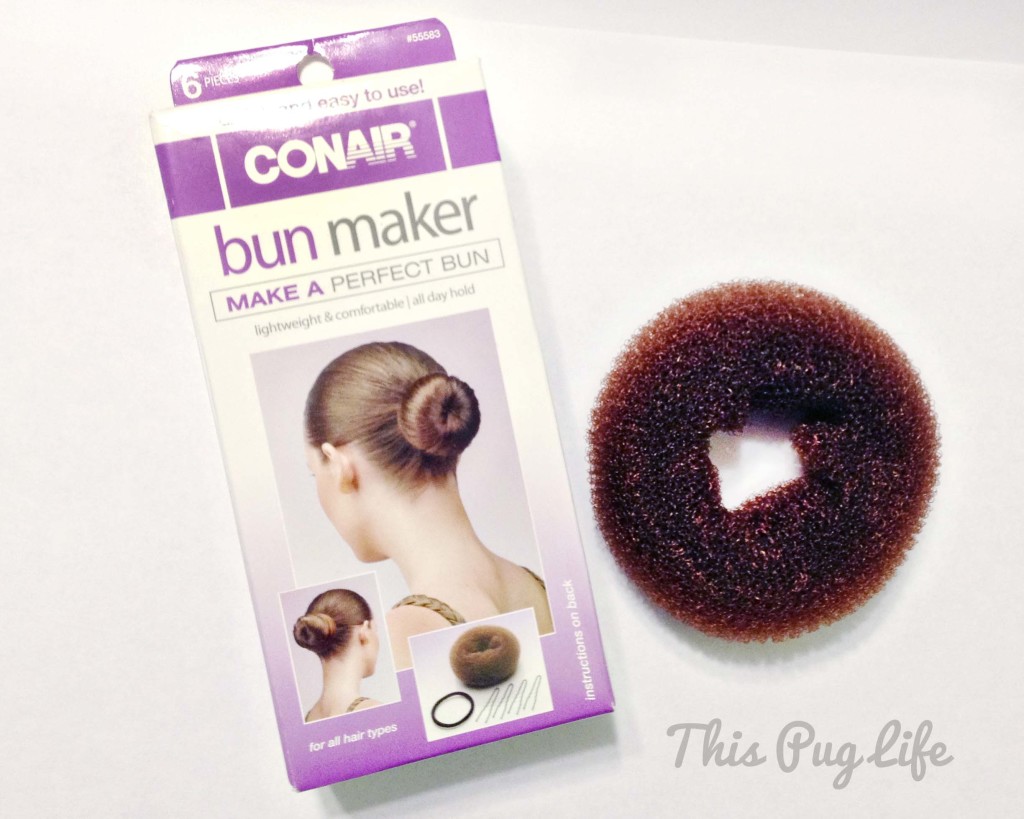 I tried the sock-bun thing a long time ago and could never make it work. On a whim, I decided to try the Conair Bun Maker

. It was really cheap, so I figured it wasn’t much of a loss if it didn’t work either. Now, the directions on the box aren’t the same as doing a sock bun. So, I ignored them and did the same process as a sock bun. And, it worked! Now, part of this might be because I’m way overdue for a haircut, so my hair is longer and my layers grown out. But, I really do think the texture of the bun (almost like velcro, but not that sticky) helps the most. The hair really grabs onto it.

I wear my hair in a high bun pretty often, especially during the summer. I’ve gotten so many compliments from co-workers on my hair since I started using the Bun Maker even though I’m doing essentially the exact same hair style.

My next fave is an iPhone app (and most likely Android too, because it’s made by Google) called Snapseed. It’s like, the photoshop of photo apps. I always use Camera+ to take my pictures, and I used to always use it for editing as well. That’s until I found Snapseed. It gives you so much more control. The feature I like best of all is Selective Adjust. You can choose a small section of the photo and adjust the brightness and contrast just in that area. Kind of like the dodge tool in Photoshop. It comes in very handy, especially when photographing pugs. When you’re taking a picture of a black and a fawn pug together, you always lose the black pug’s face.

Example. This picture of Louis (black) and Coco (fawn): 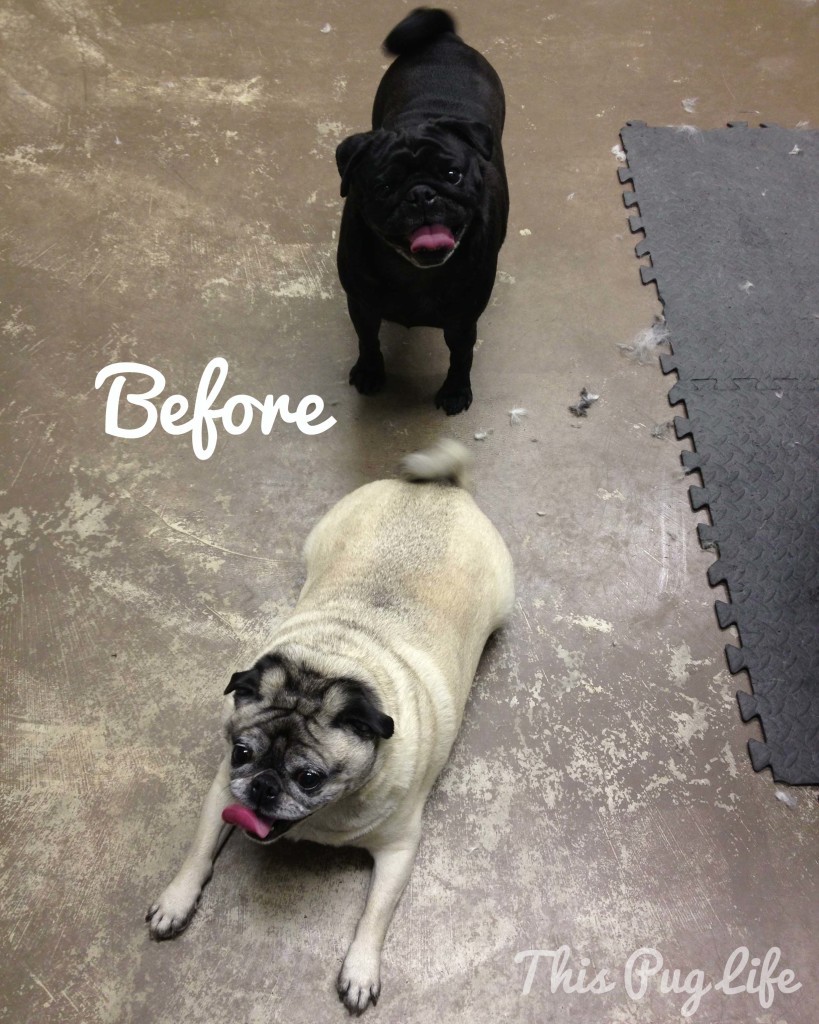 After select adjusting Louie’s face, we can see him in all his wrinkly glory! 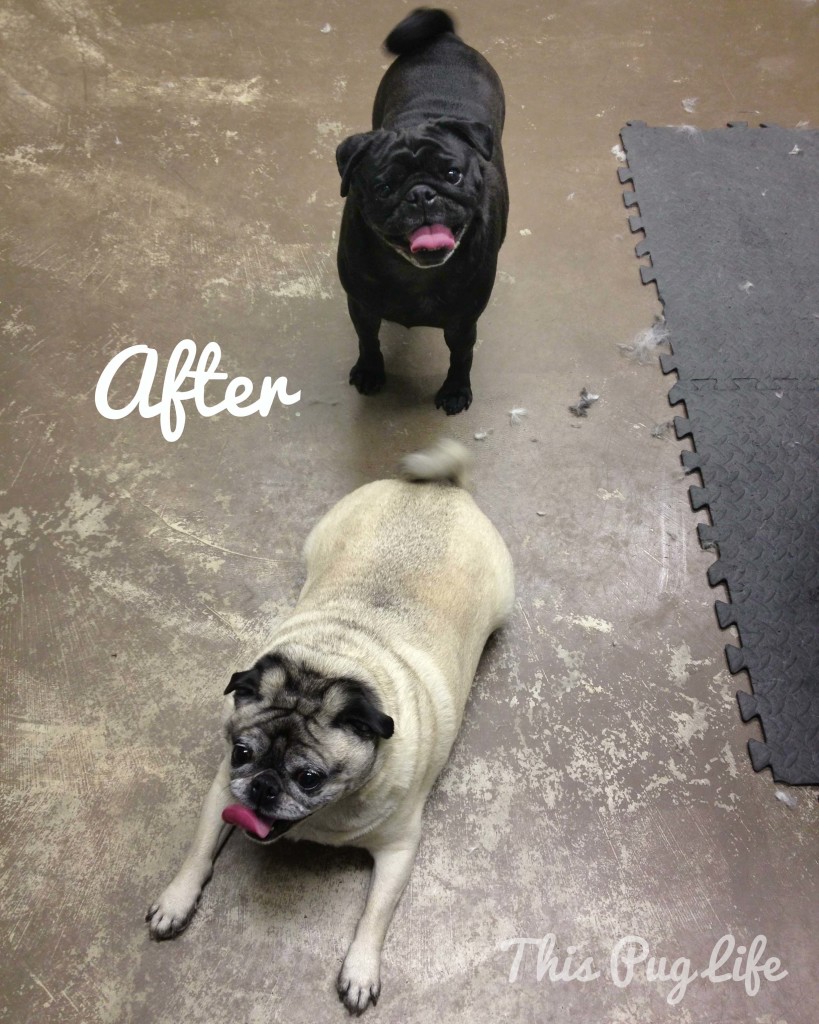 Last up is a food obsession. I don’t get tired of eating the same thing over and over. Often, I’ll get fixated on a particular item or two and eat them almost exclusively until I burn out and move onto something new. Right now it’s quesadillas. I usually make them at home. Nothing fancy – spread salsa on tortilla, sprinkle cheese, heat in pan. I have skipped breakfast and waited until 11:00am on the dot to make myself one… since it doesn’t seem socially acceptable to eat them for breakfast.

I tend not to order quesadillas when I’m out because they’re so easy to make at home. I also generally don’t order steak from Taco bell because it’s usually rubbery and gross. But, I heard good reviews about their Double Steak Quesadilla, and I was in the midst of a quesadilla obsession anyway, so I gave it a try.

And dang, it’s good. It doesn’t look nearly as pretty as the image from their website of course, but it’s tasty nonetheless. Apparently it’s a limited time addition to the menu. Which sucks, but is probably for the best. I don’t need a reason to eat Taco Bell more often.

That’s it for August. Did you obsess over anything last month?

Disclosure of Material Connection: Some of the links in the post above are “affiliate links.” This means if you click on the link and purchase the item, I will receive an affiliate commission. Regardless, I only recommend products or services I use personally and believe will add value to my readers. I am disclosing this in accordance with the Federal Trade Commission’s 16 CFR, Part 255: “Guides Concerning the Use of Endorsements and Testimonials in Advertising.”