This past Sunday was the Metro St. Louis Pug Rescue’s 21st Annual Pug Party. It was my second year attending (click here for last year’s post), and this time I brought some friends.

I’ll be breaking this post into 2 parts because, naturally, I took a lot of pictures and I don’t want this one to get too long. I also have some great video clips to edit to give you a little taste of what it’s like to attend. Hint: lots of snorts. 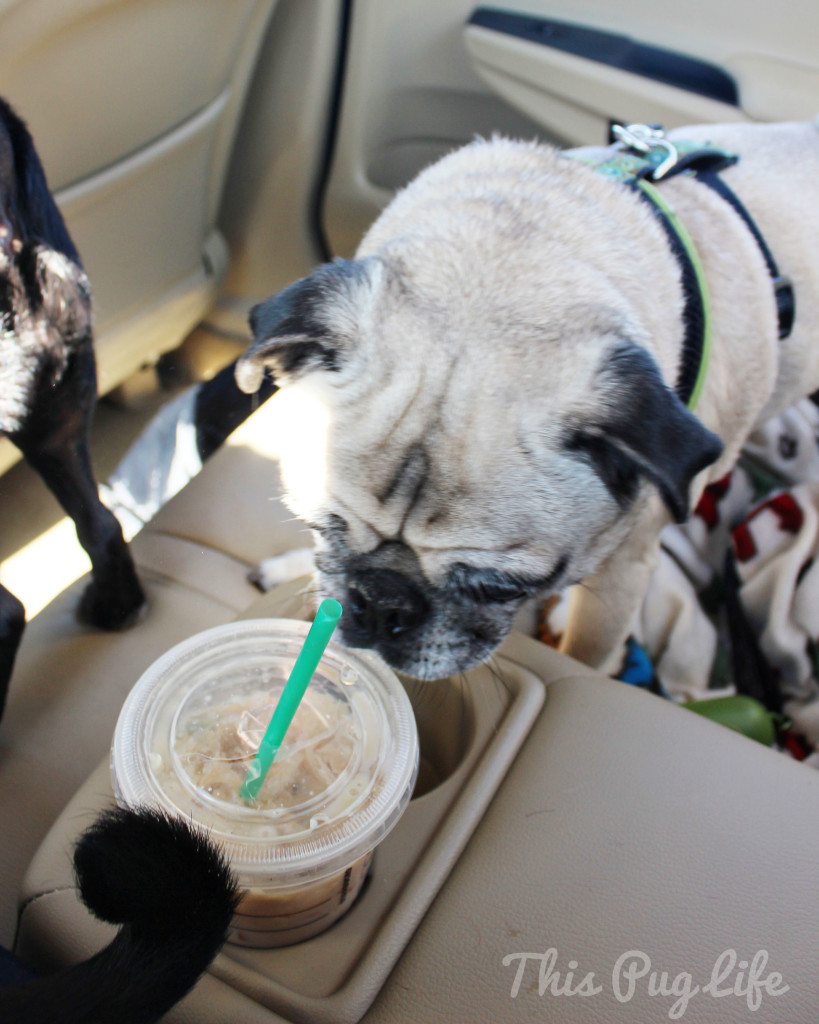 The drive to the AKC Museum of The Dog was… eventful. Pugs were everywhere. Petunia stepped on and broke my cup, which left an opening for them all to try to drink my iced chai. 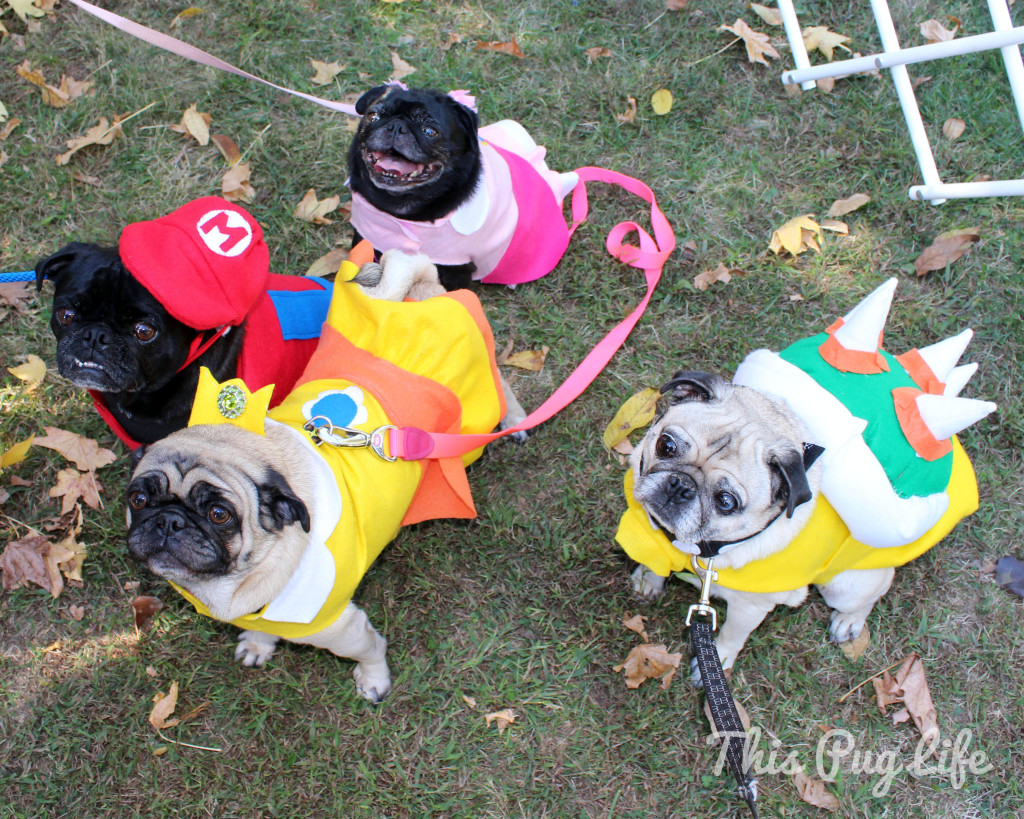 But, we did arrive unscathed and costumed up. Pug and his BPFFs went as characters from Super Mario Bros. Panda is Mario, Petunia is Princess Peach, Luna is Princess Daisy and Pug is Bowser. We made the costumes ourselves from felt (and some batting for Pug’s koopa shell). 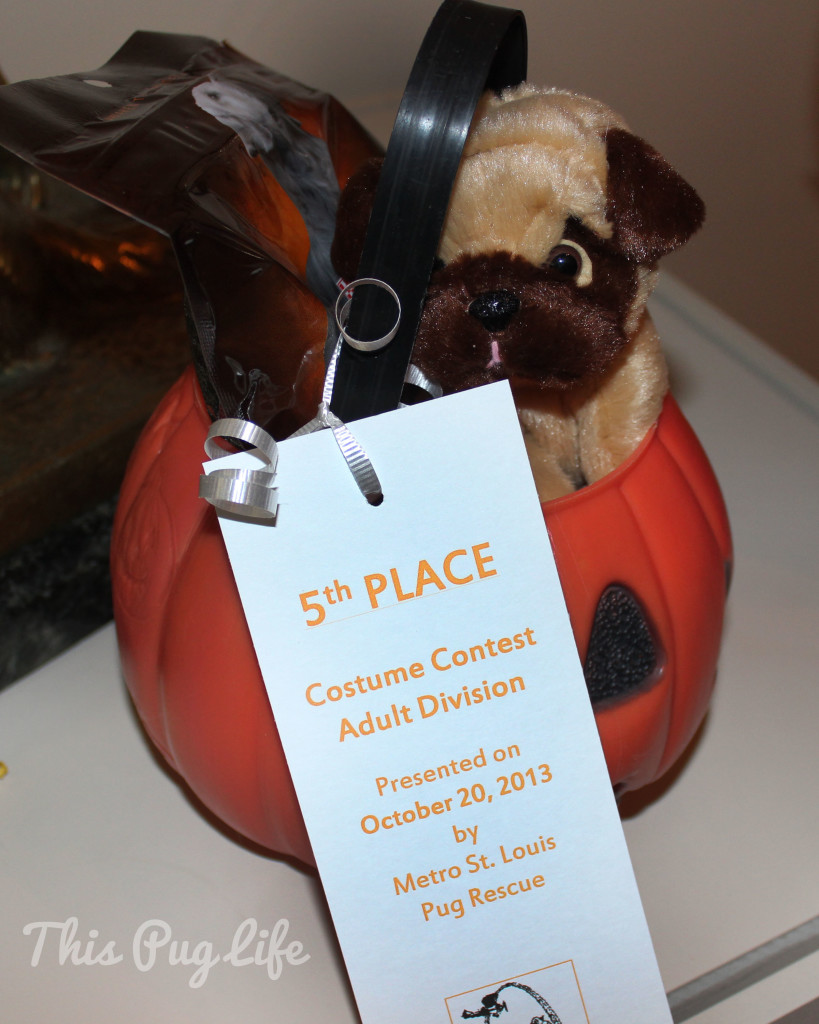 And our hard work paid off; we won 5th place in the costume contest! I think we should have ranked higher, but I’m pretty biased. 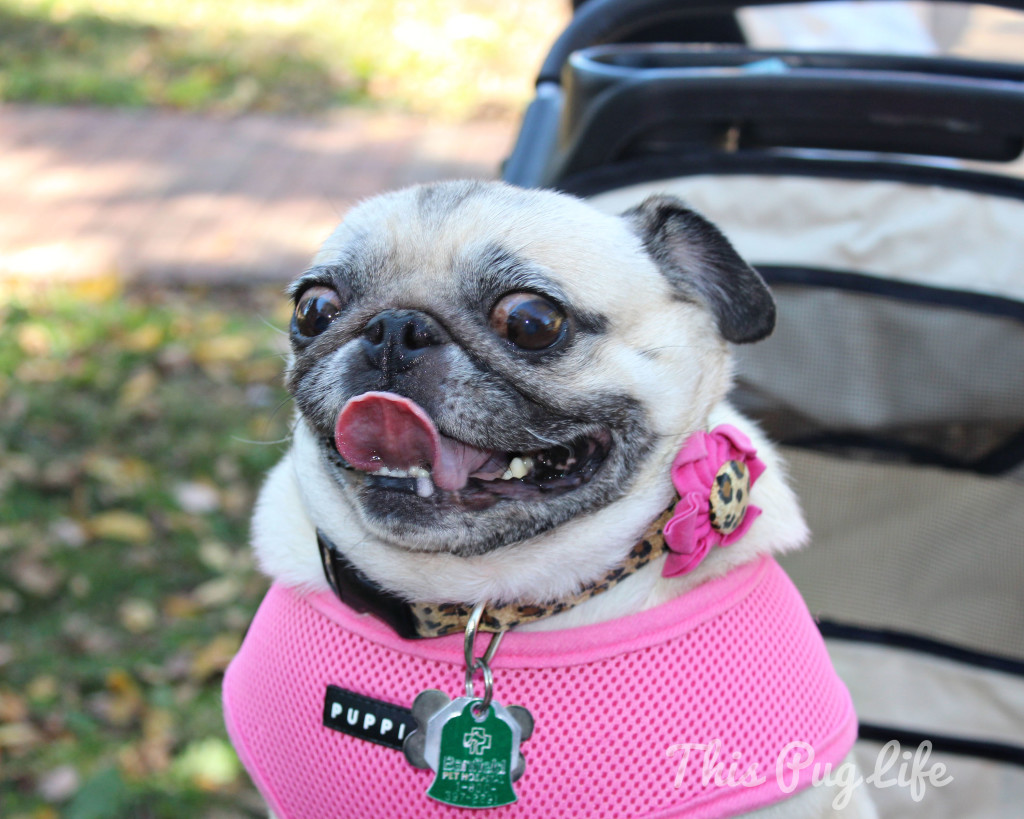 I’m such a sucker for a pug in a stroller. 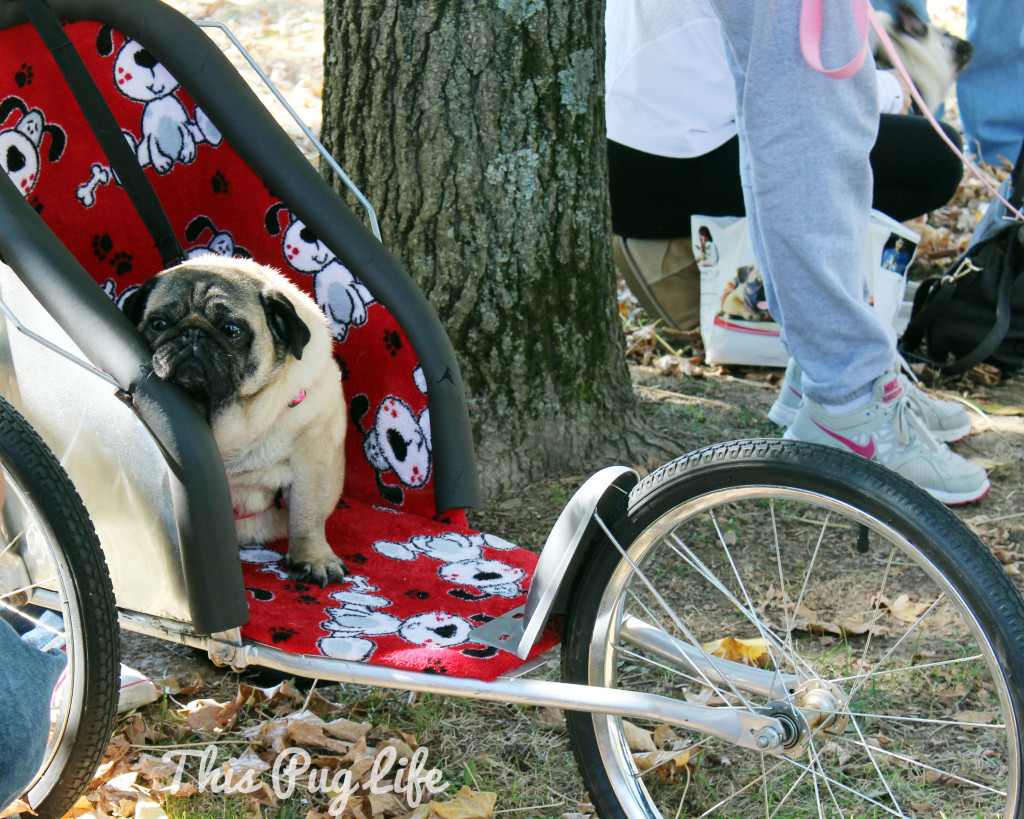 Can you blame me?? I couldn’t take this guys sad little mushy face.

Panda rocked his Mario costume like a champ. He’s the biggest ham I know. 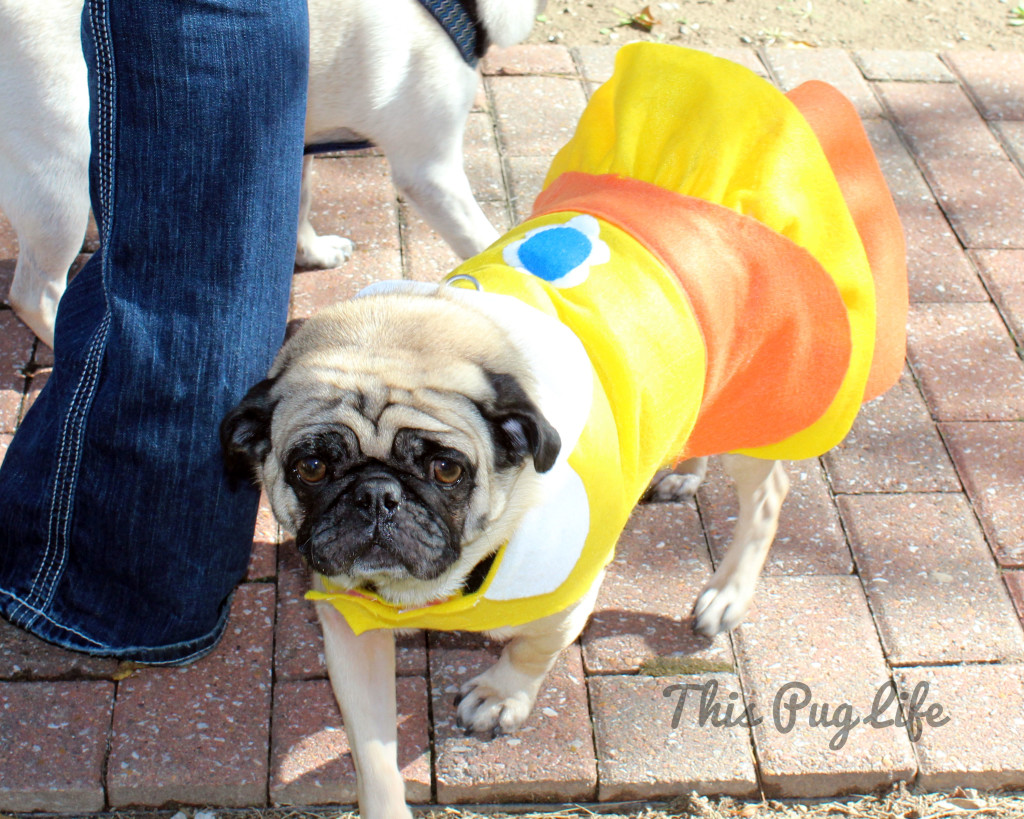 Luna, not so much. But she was a great sport today. 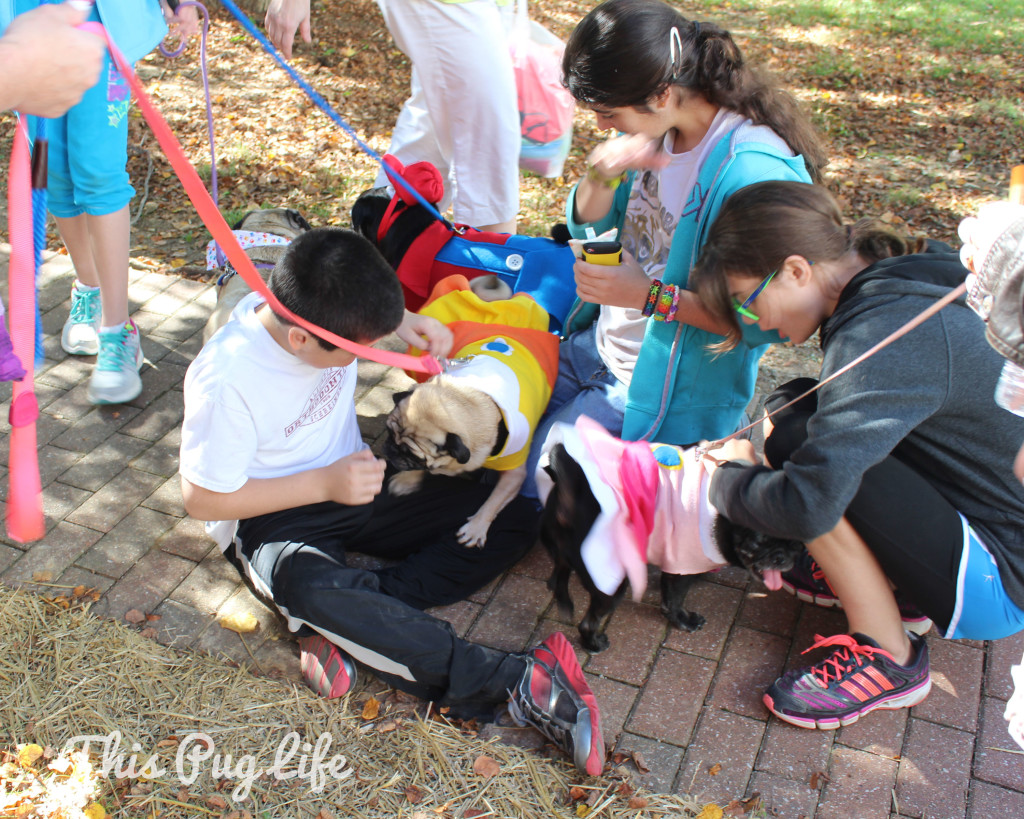 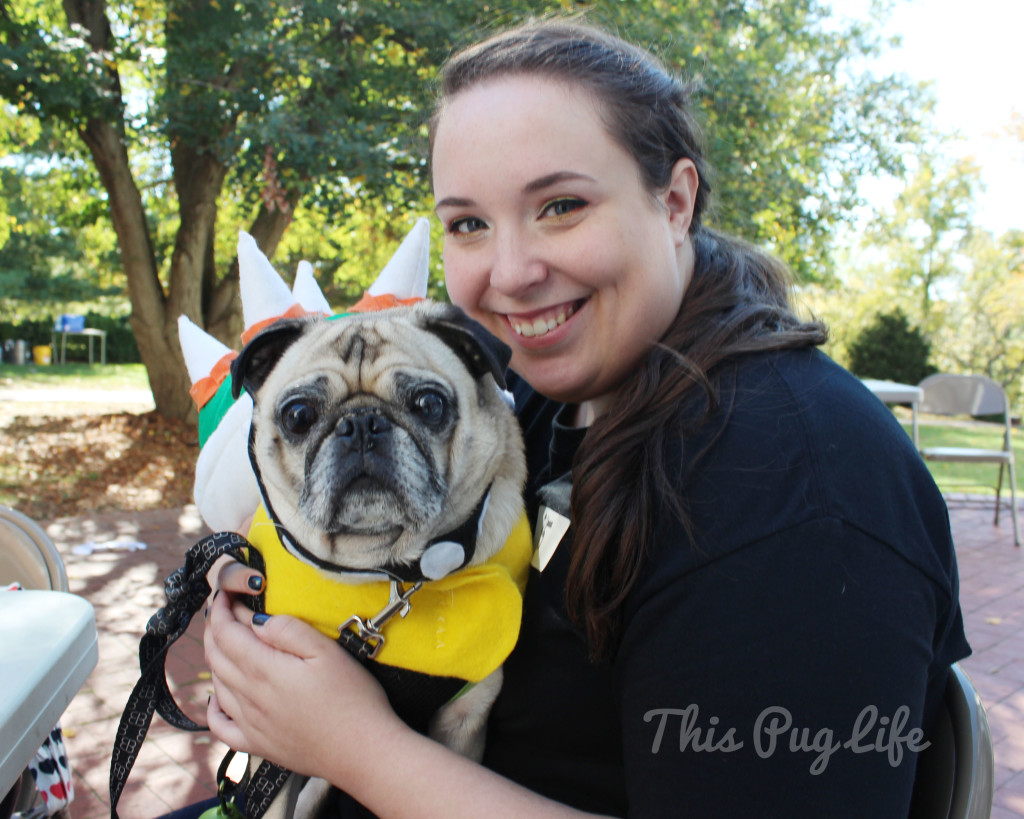 Me and my little man. I was so happy with how his costume turned out. And especially happy that we had no major malfunctions at any point during the 4 hour event! 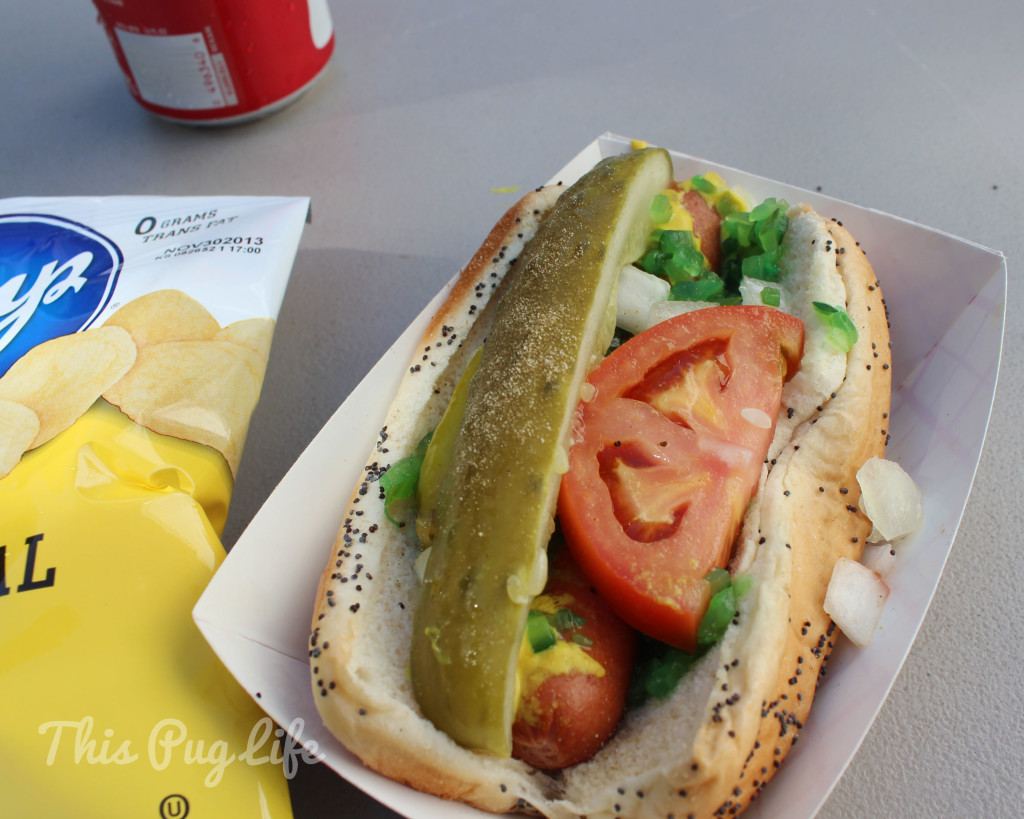 Chicago style hot dogs will always merit a mention on this blog. 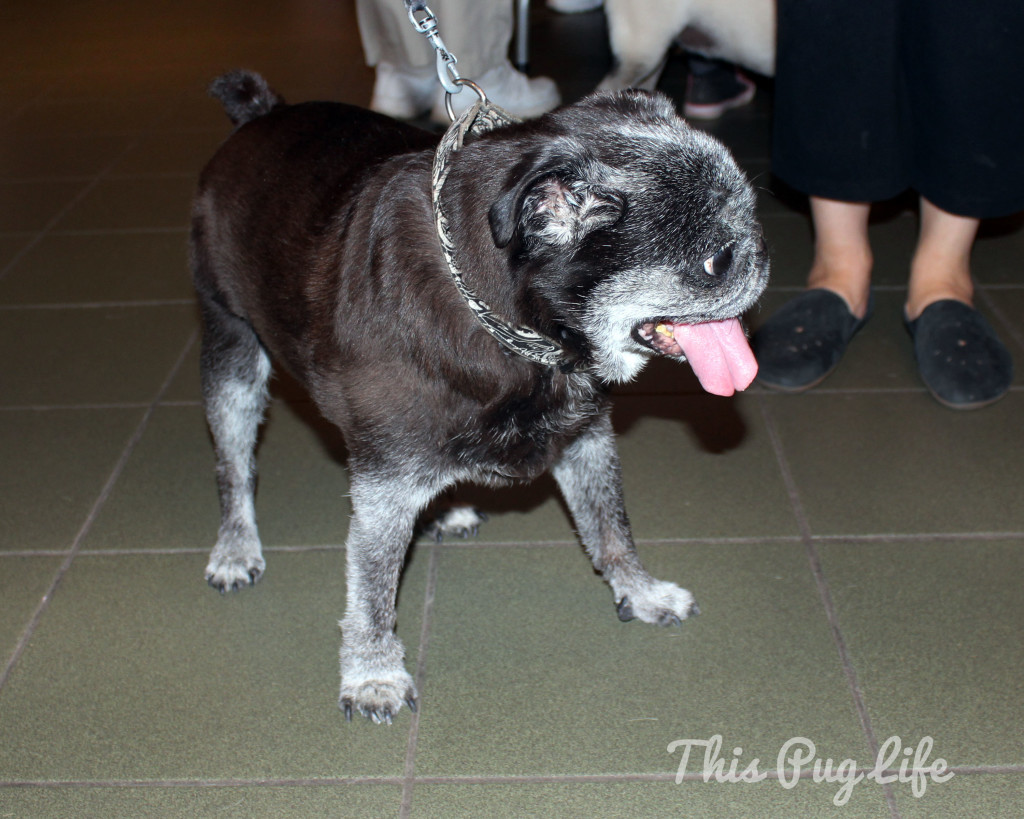 This little boy is Oliver, and he is 17-years old. He’s deaf and blind but he still gets around. He was a big hit at the party, as you can imagine.  I can only hope I’ll get so many years with Pug. 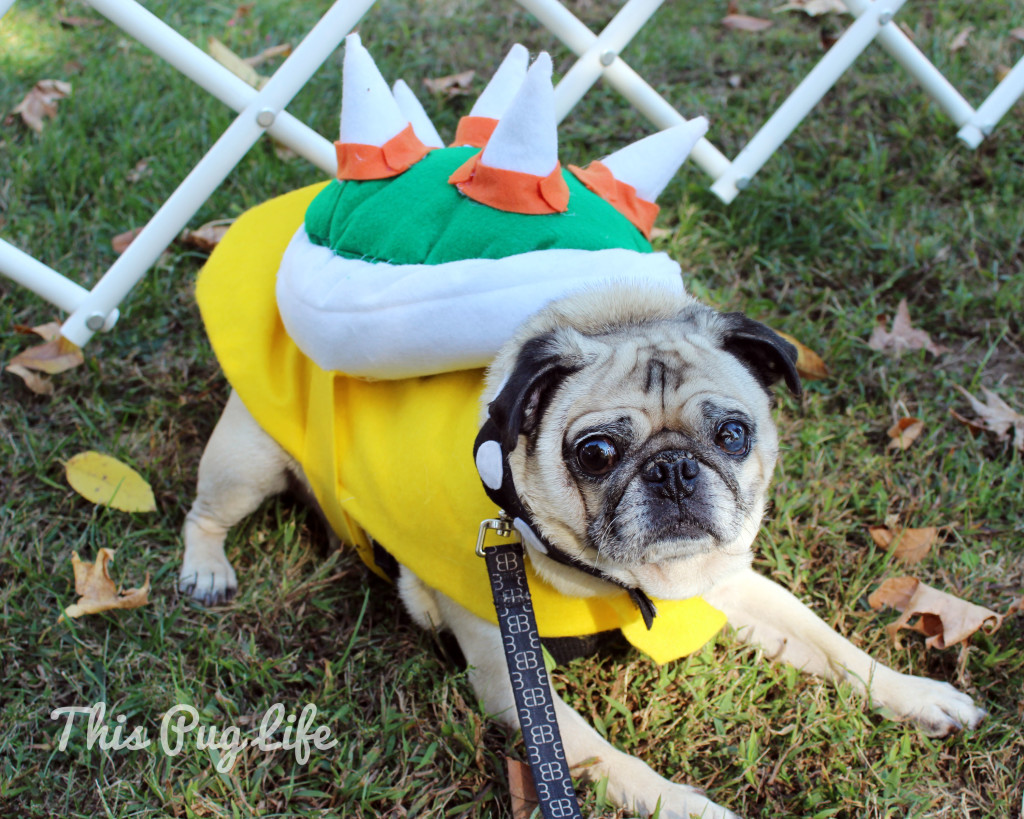 Laying down on the job. This is no way to capture a princess.

You can tell this pug has been slumping for many years. Look at that form.

Well, that’s it for today, check back soon for the rest of the pug party pics and video!

Linking up with: Liz Marie Blog