Behind the Scenes at the St. Louis Thanksgiving Day Parade 2013 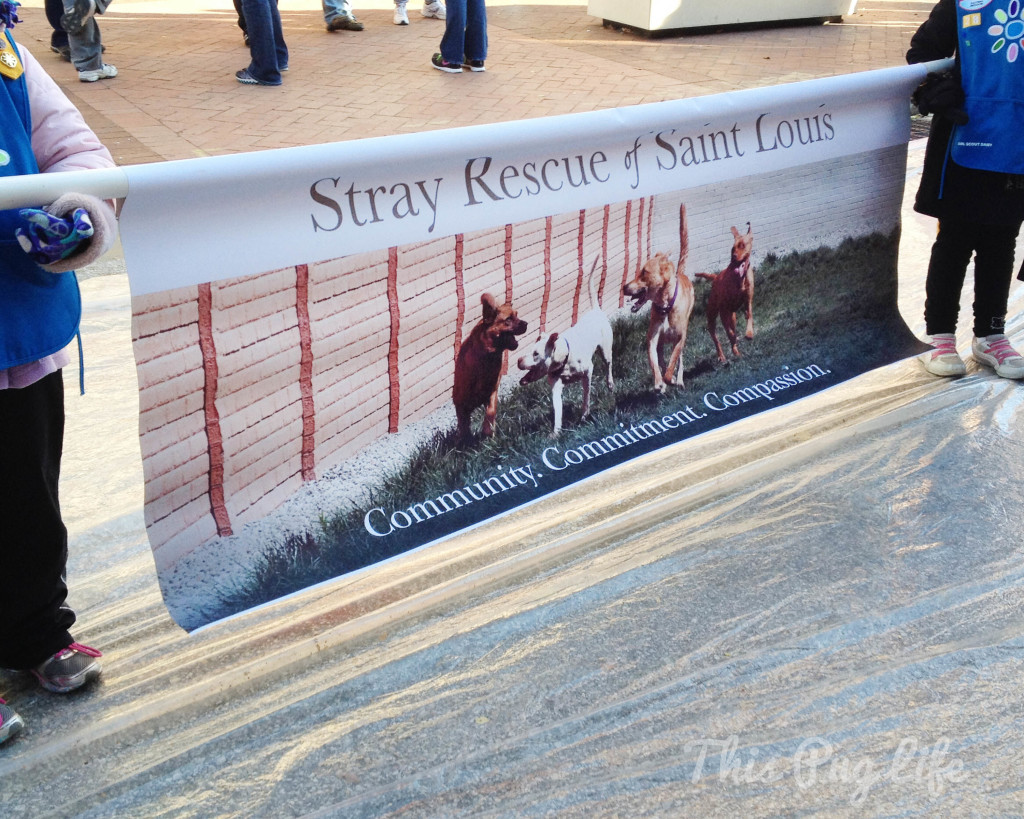 It’s become a recent tradition for my mom and I to participate in the St. Louis Thanksgiving Day Parade with other volunteers from Stray Rescue of St. Louis. While it does require getting up 6am and standing around freezing for several hours, it’s a really cool experience. Not everyone can say they have wrangled a giant balloon in the Thanksgiving Day parade. 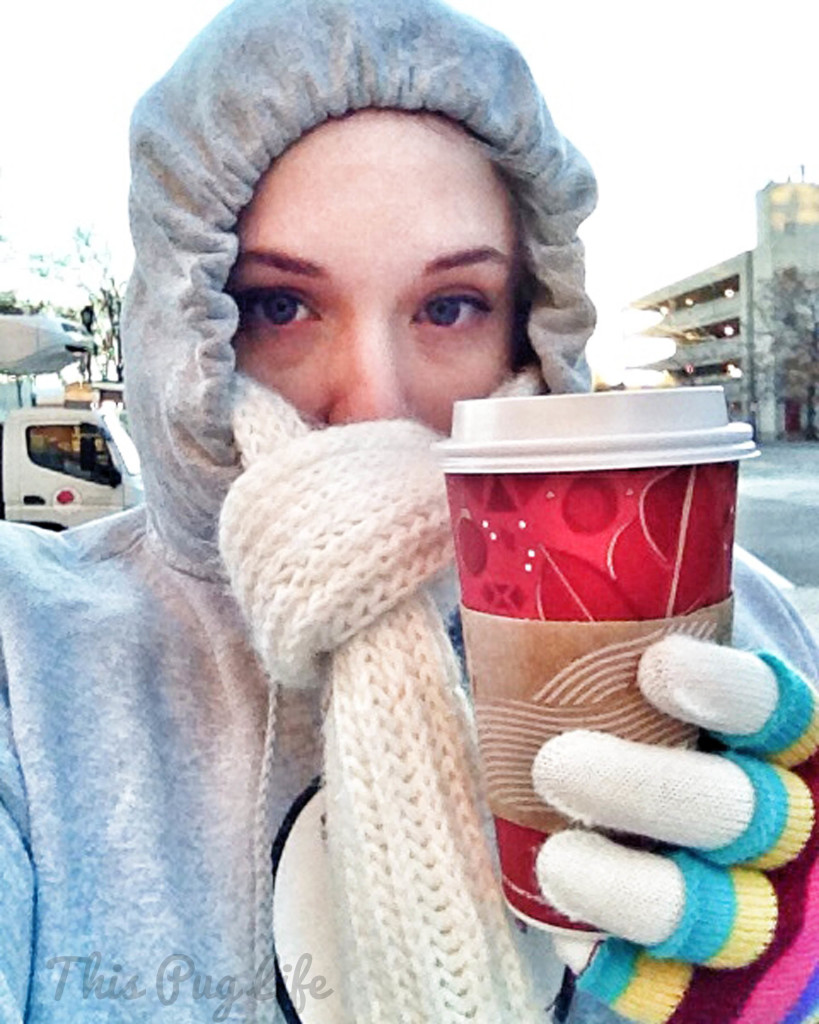 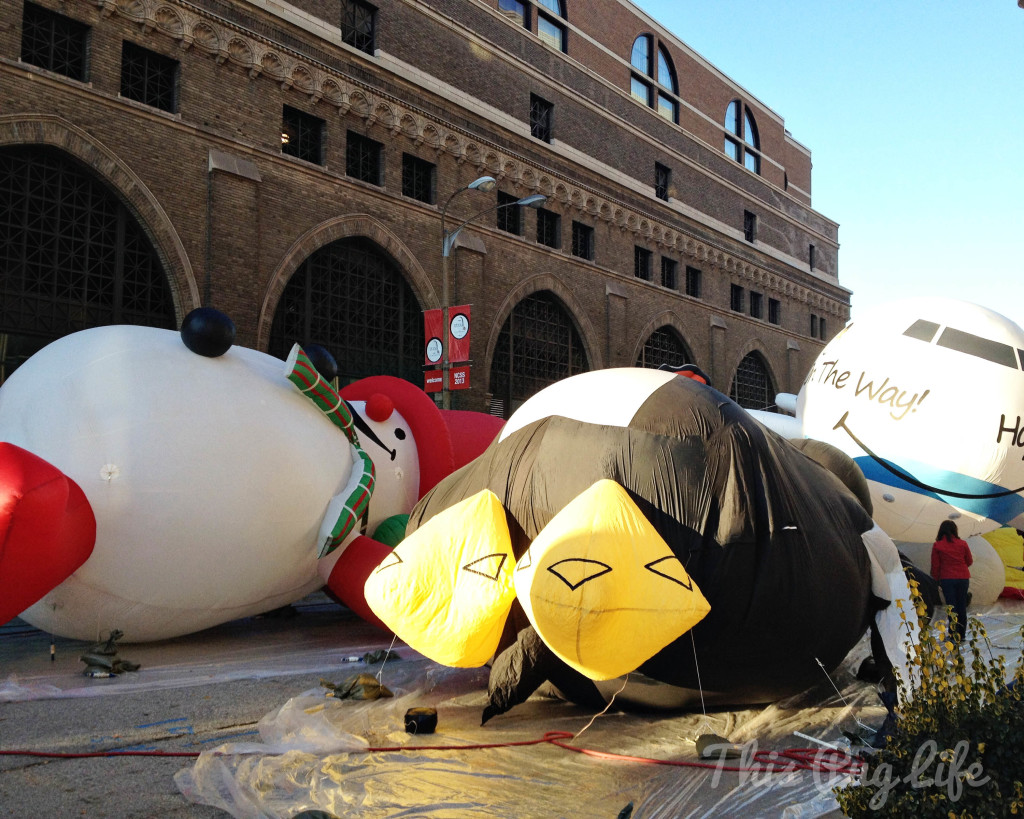 When we arrived the first few balloons were being filled. 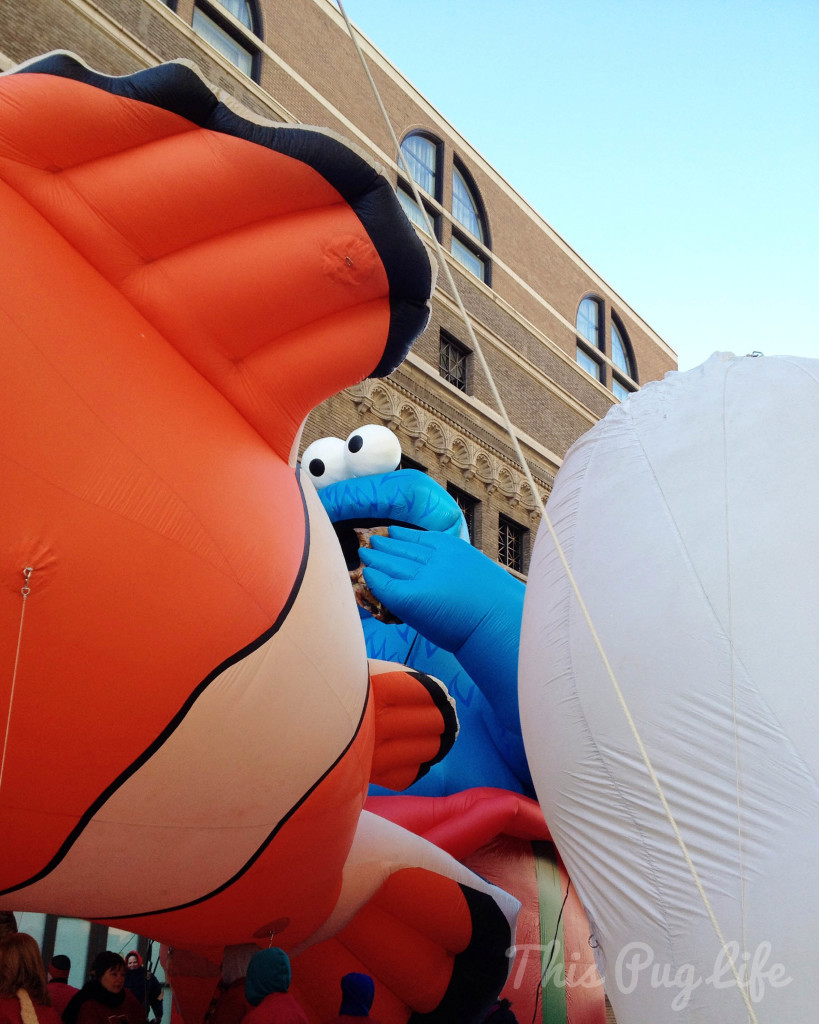 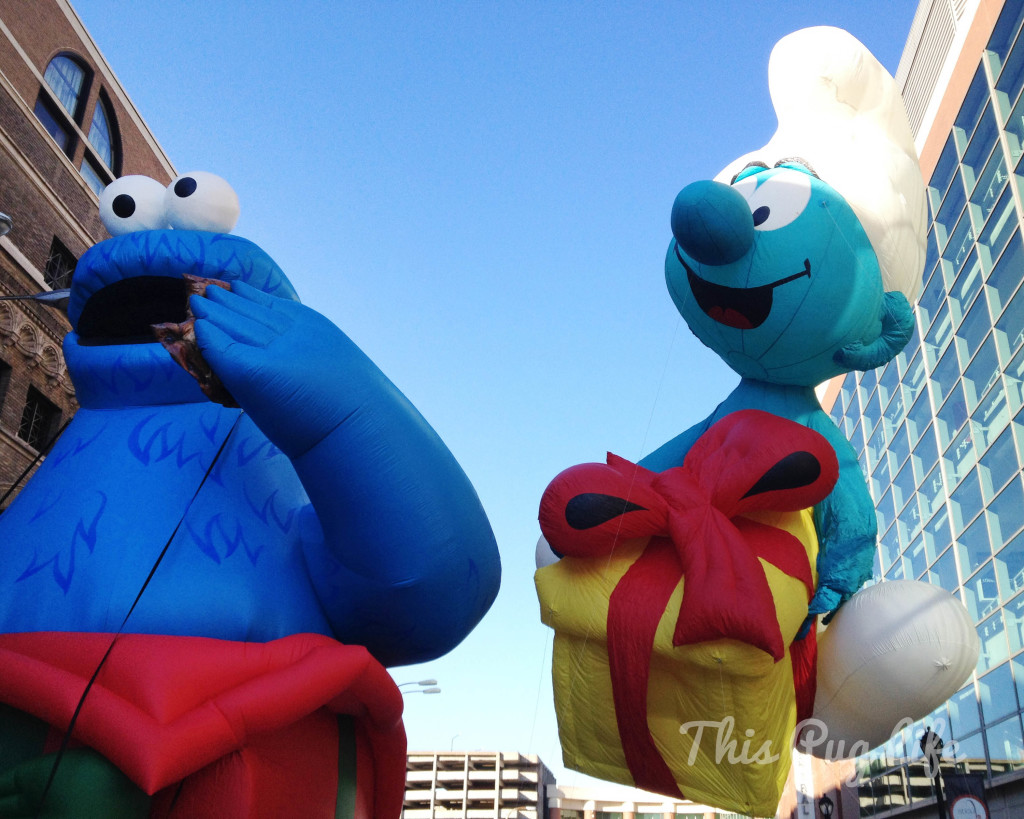 At one point, I heard rustling and turned around to see a foot emerging from Smurf’s butt. An entire man eventually emerged. Maybe it was the sleep deprivation or the cold, but I found it extremely amusing. On another note, I would like to know how the balloon people can stay inside the balloon while it’s pumped with helium and not come out talking like chipmunks. 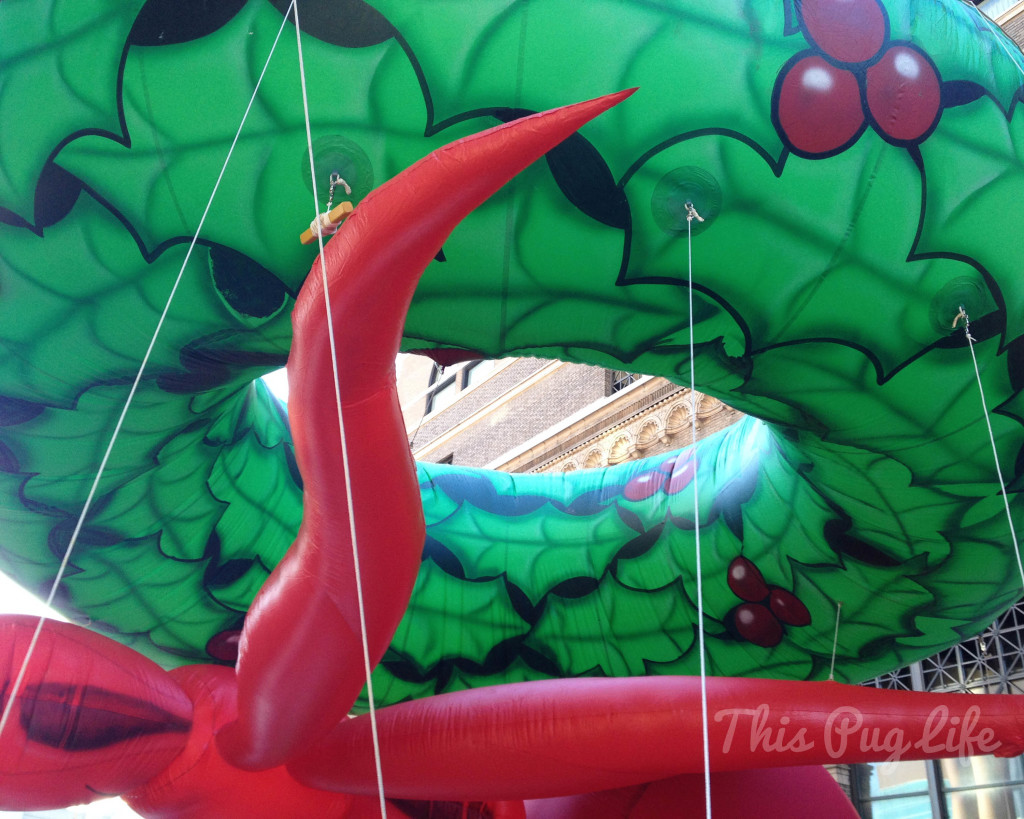 Our giant wreath balloon was a little underwhelming. Luckily, the crowds were great and very encouraging of our wreath donut. One man even shouted “yeah, go wreath!” – thank you whoever you are. 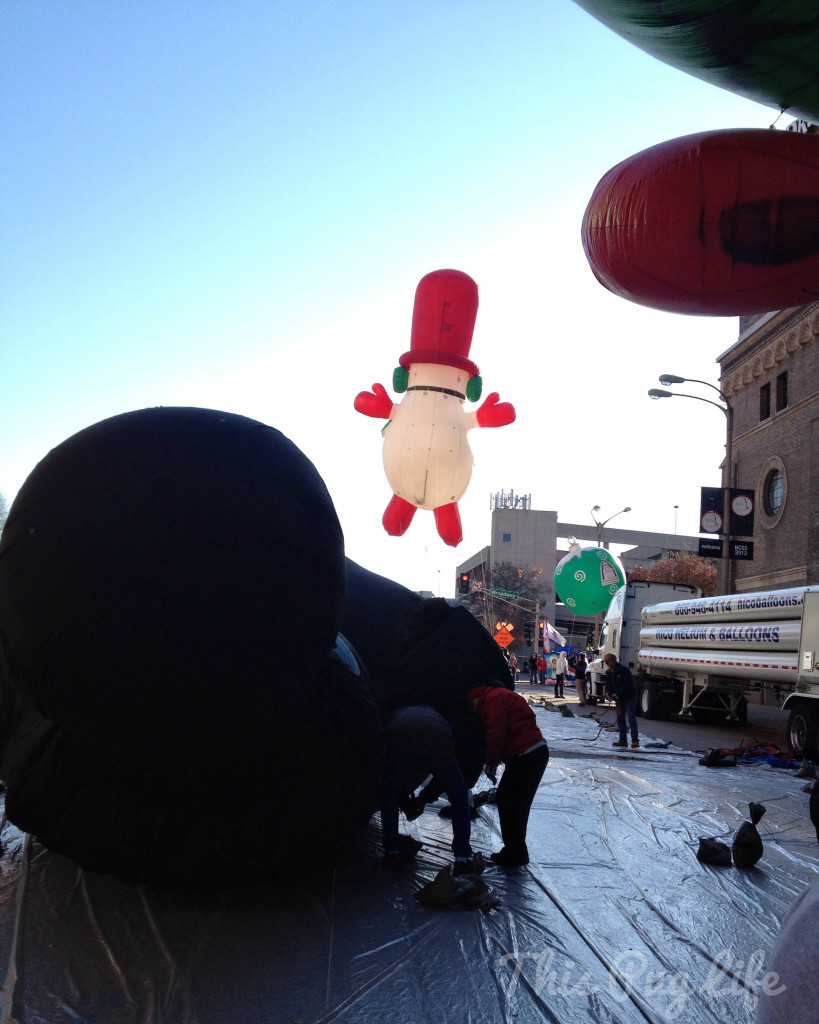 The first couple of balloons start moving into place to join the parade. 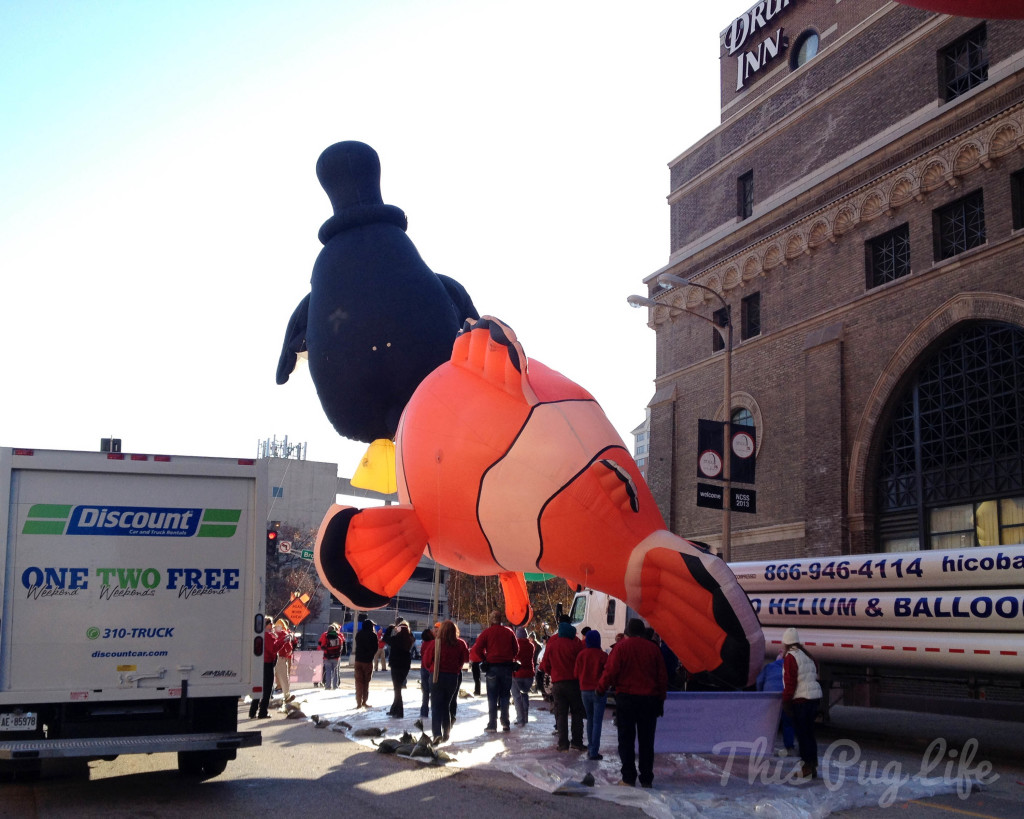 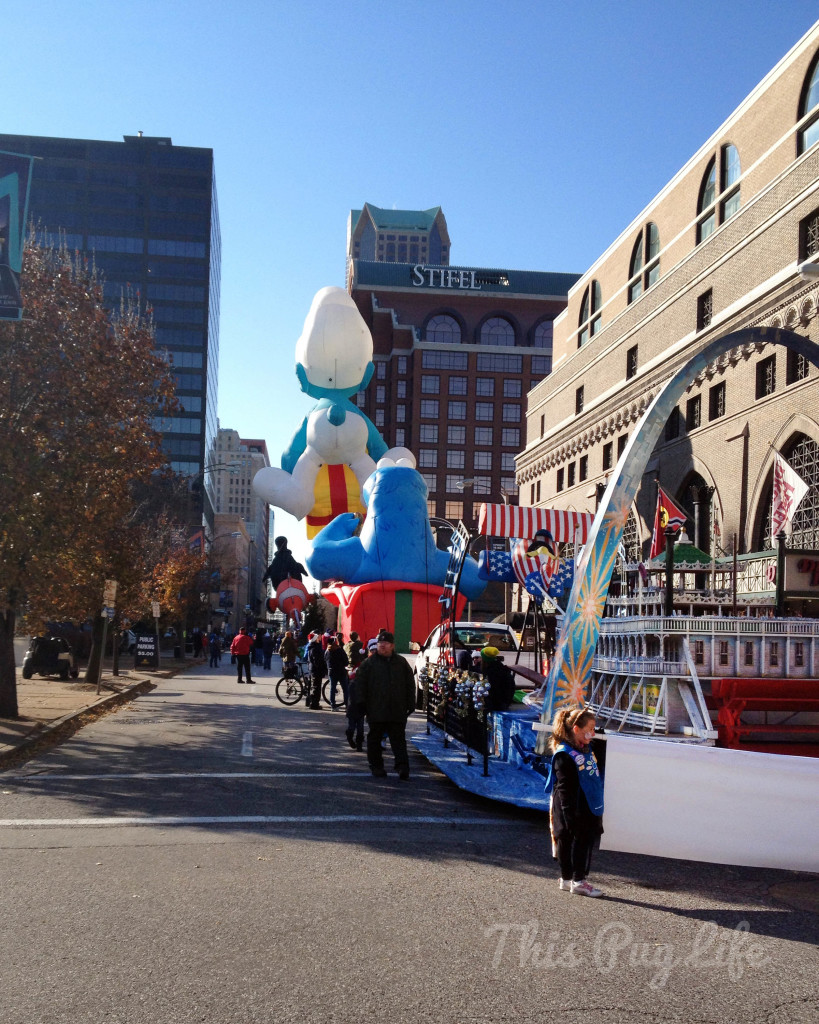 Unfortunately, we were the last balloon in the entire parade. So we had a long line in front of us before we entered the actual parade route. At this point, we were all just thrilled to be out of the shade. 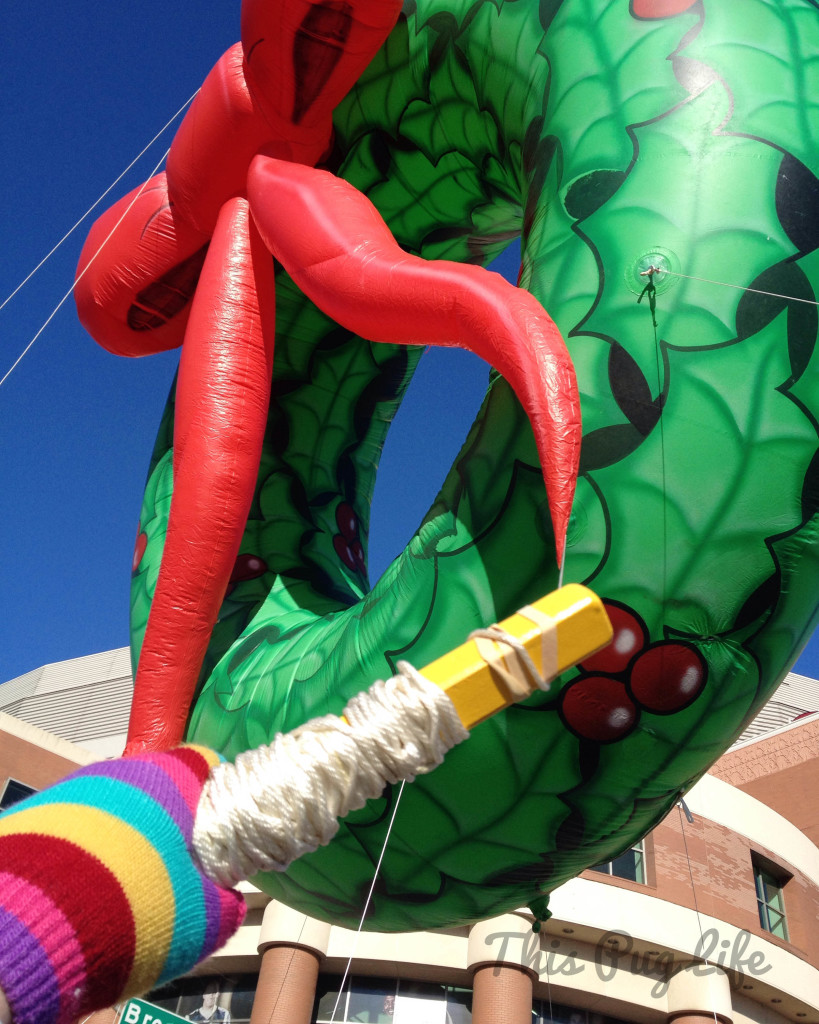 This was our third year participating, and the worst for wind by far. You’d think a balloon with a big hole in the middle would have fared a little better. At one point it was dragging the ground while we pulled to no avail. The balloon company was warning us not to drag it or it would pop, while parade organizers were yelling at us to hurry up.

Once we changed directions and the buildings got shorter, we had much better luck keeping it in the air, though I did take several bops to the head! 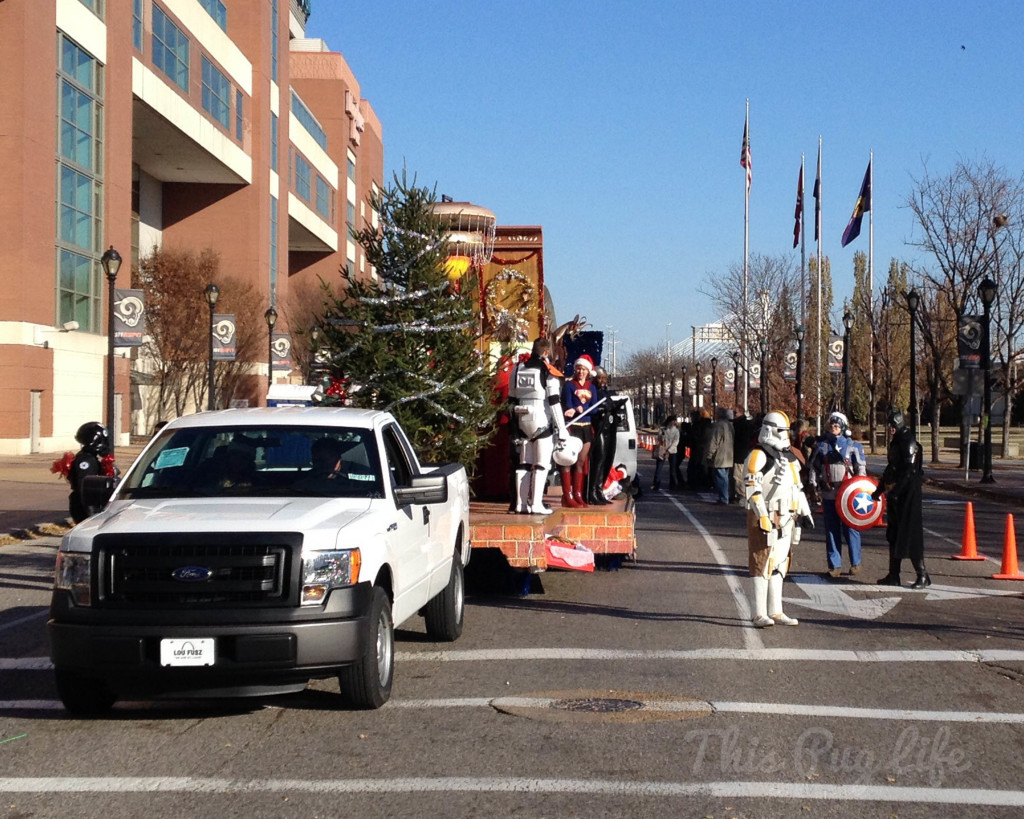 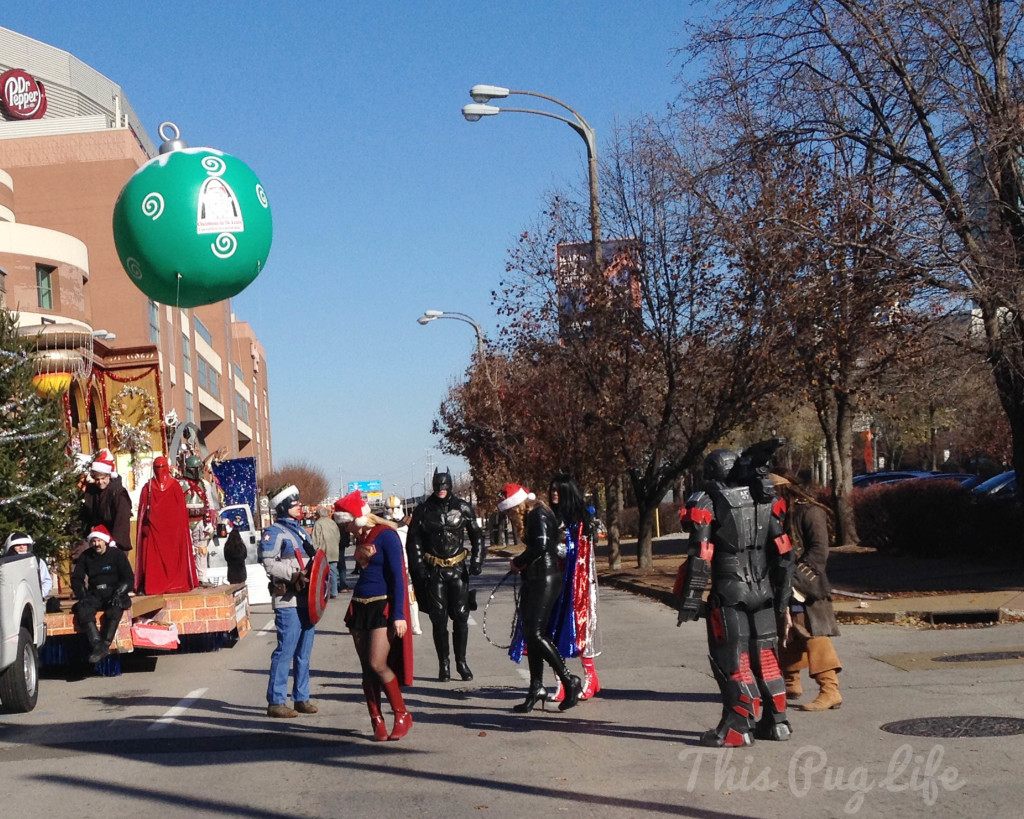 The one bright spot about being in the lineup where we were, is we got some free entertainment while we waited. The float behind us was a combination of super heroes and Star Wars characters, plus a random Captain Jack Sparrow. 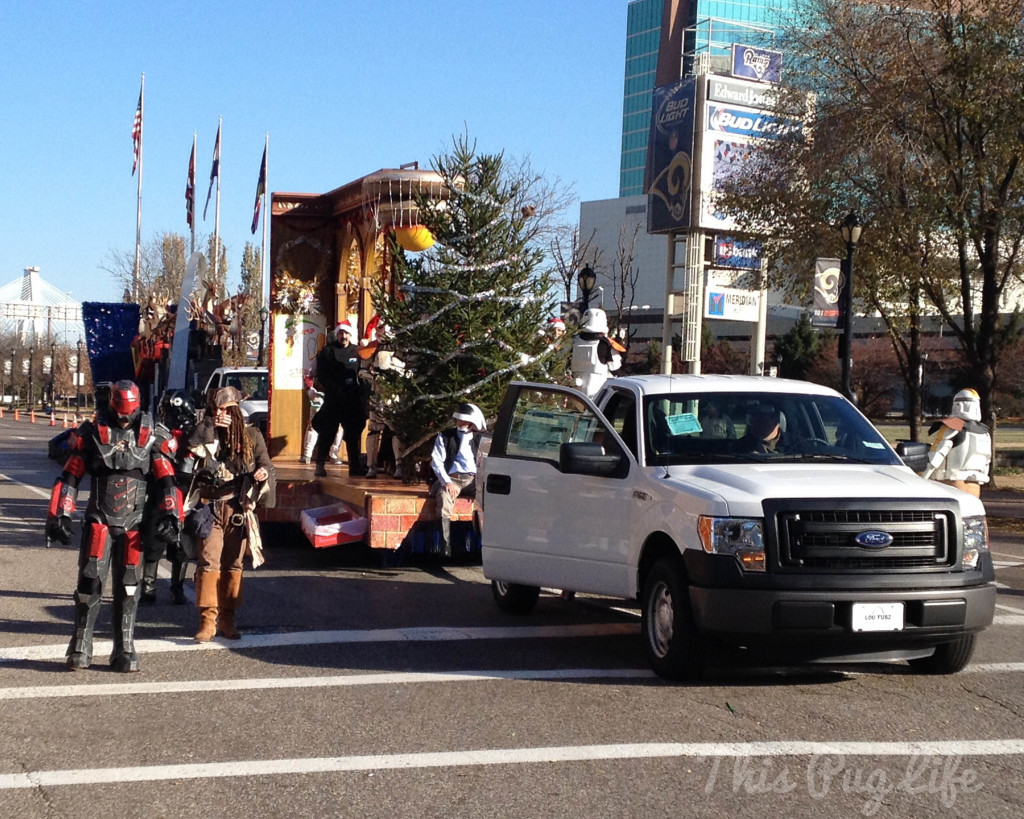 And right behind them was Santa himself!