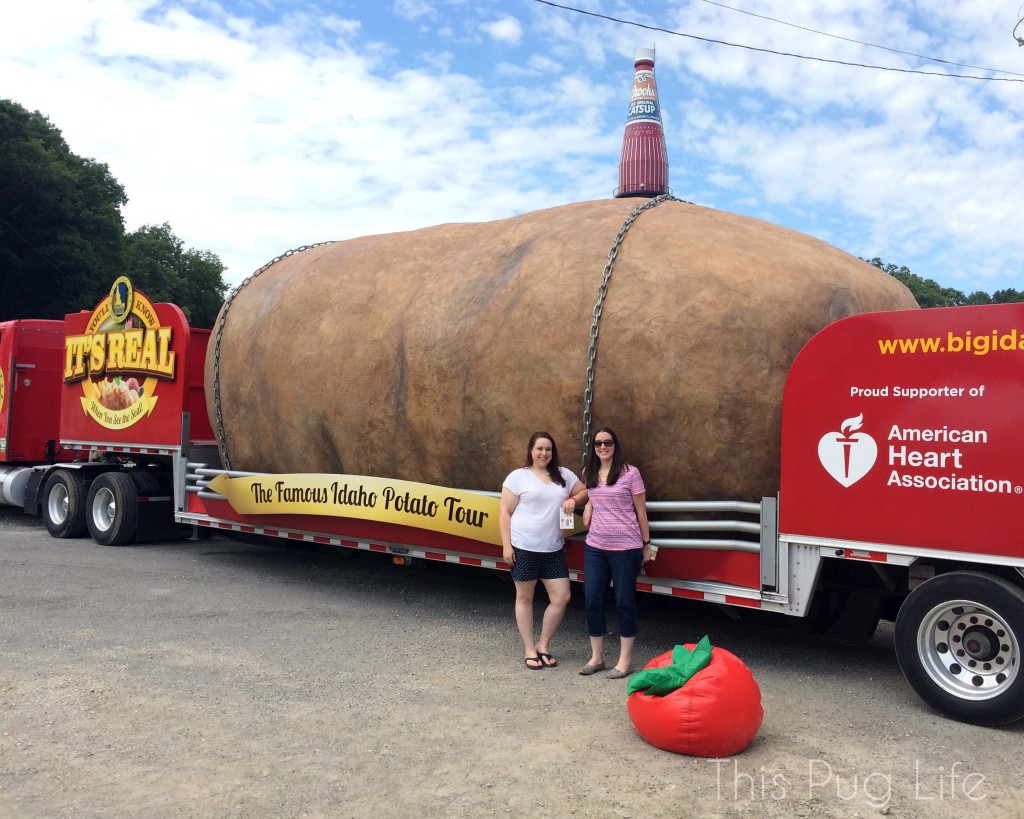 Last week my BFF and I were on our way to watch the USA vs. Belgium game when she said she had a quick stop to make first. A few minutes later and we came upon the glory that is the Big Idaho Potato. It was an extra special stop since it happened to be sitting at the base of the World’s Largest Catsup Bottle in my hometown. 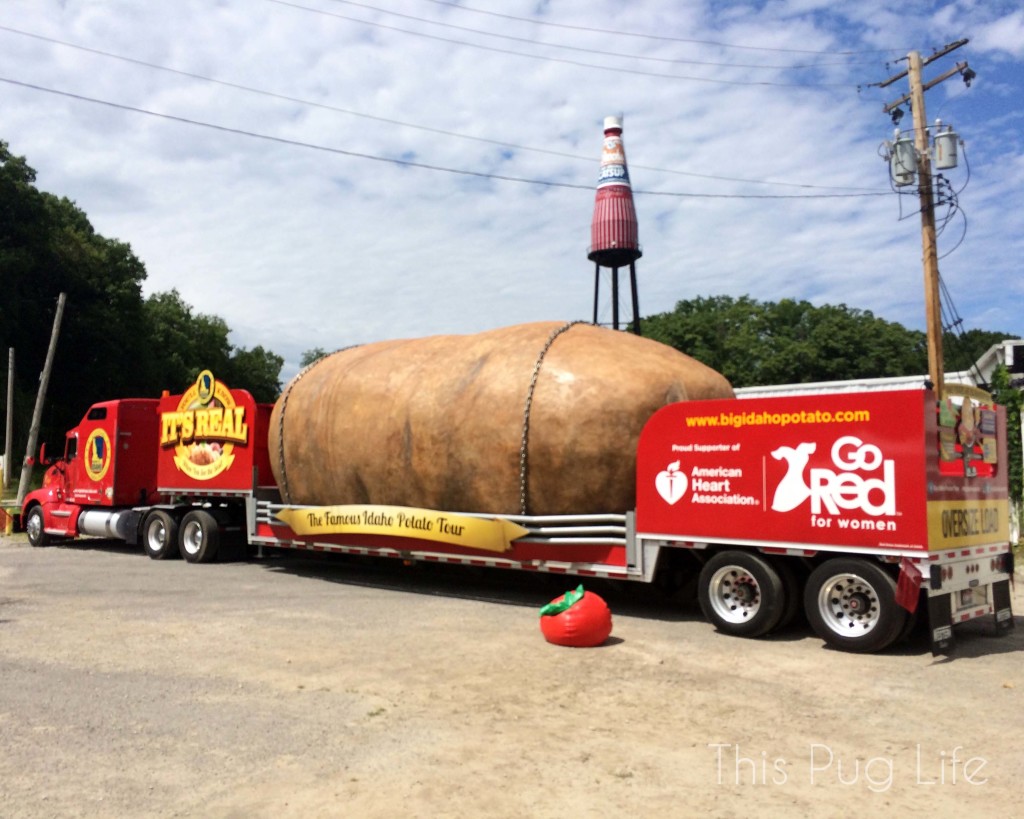 Now, I assure you the Idaho potato lobby is not sponsoring this post. I just really love oddities like the “world’s largest” anything which include 12,000 lb potatoes on a flatbed truck. 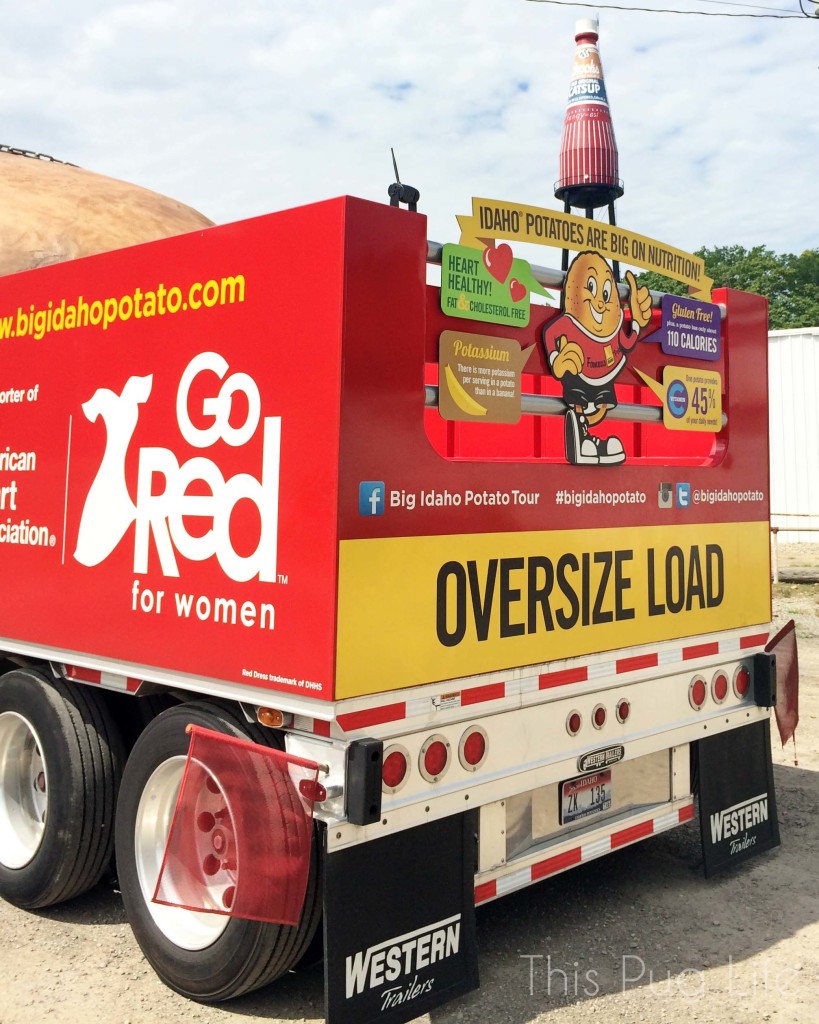 I also love learning really useless facts such as: if this potato were real it would take 10,000 years to grow and almost 3 years to bake. I’ve worked at my job for two years and I can’t remember our phone number, but rest assured I’ll remember how many servings of mashed potatoes this giant potato would make (30,325). 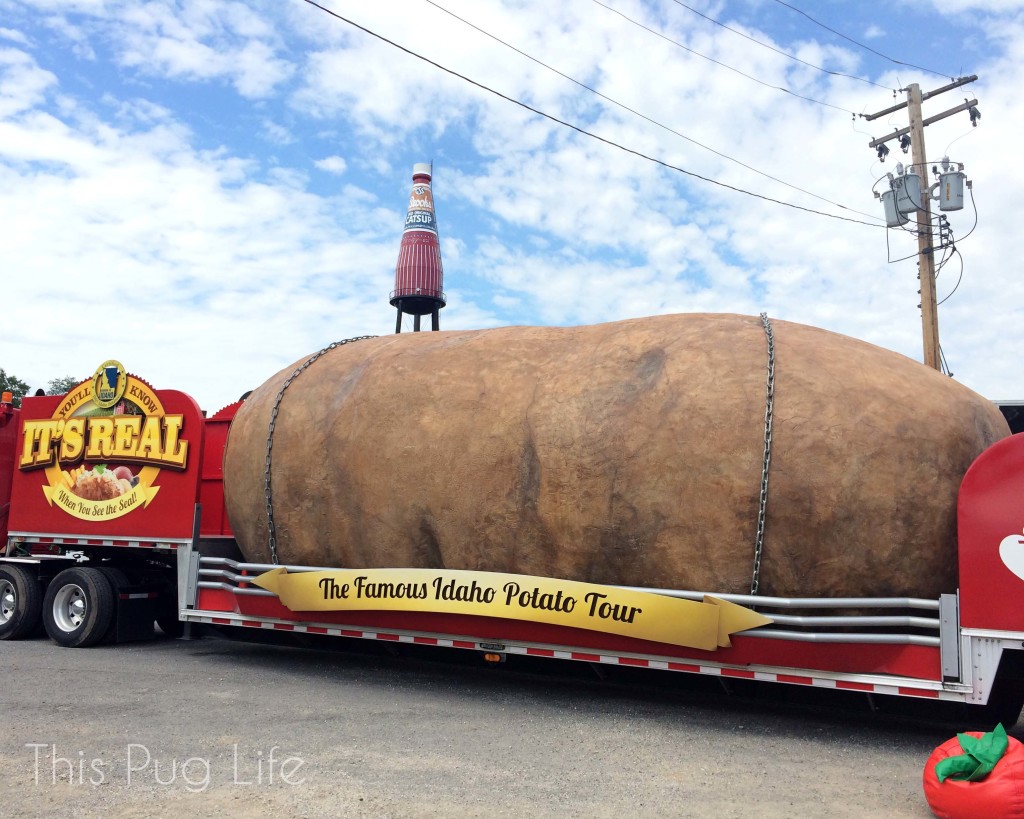 I sort of accusingly asked one of the Idaho Potato people if this was really THE giant potato or if there were multiple potatoes driving around the country. She informed me that there is indeed only one giant potato – but that there are six Wienermobiles. I’m on to you Oscar Meyer! 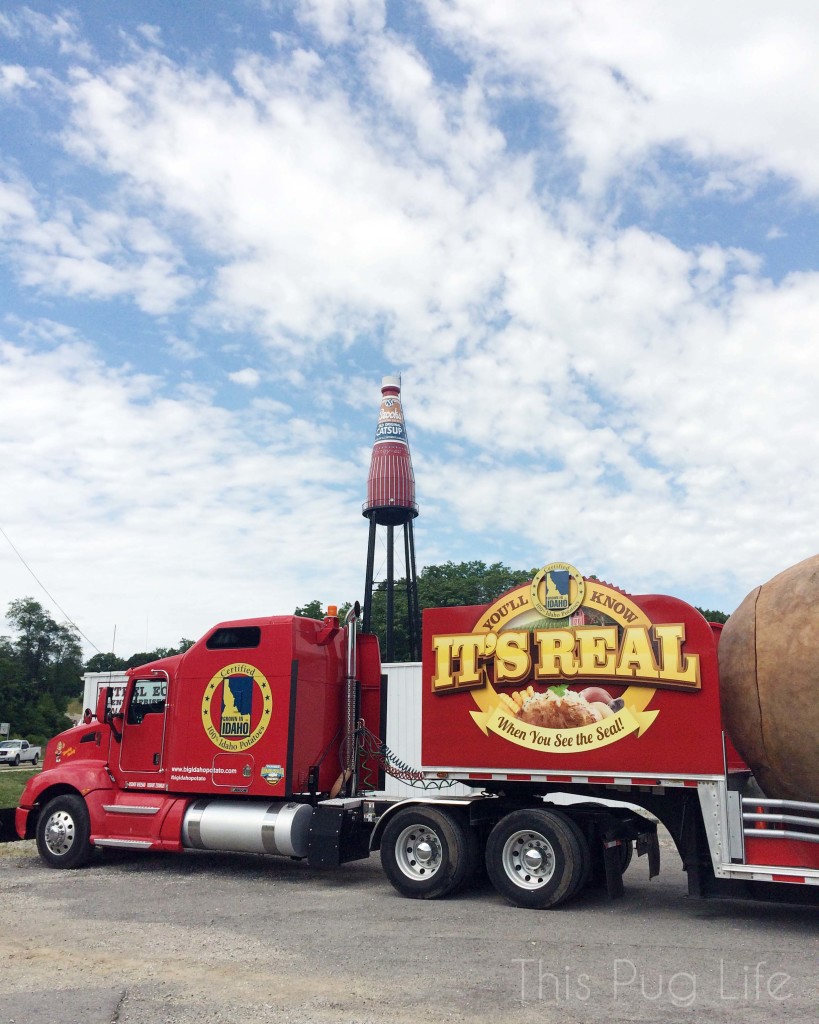 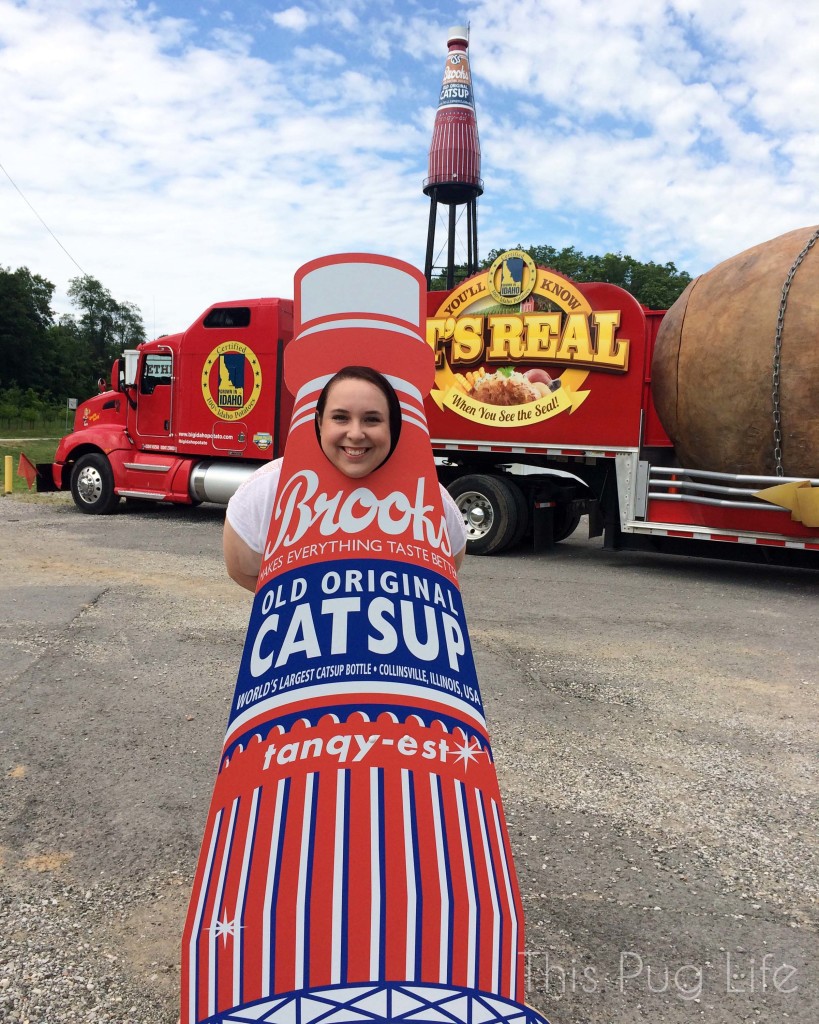