Not long ago Pinterest changed their algorithm so that you don’t see every post from the people you follow. Ostensibly they did this to avoid clutter and to push quality content to the top. Unfortunately, they also gave companies the ability to bypass those quality benchmarks and simply pay to get their posts seen. And unlike the introduction of ads to other social media platforms, “promoted pins” have rendered Pinterest nearly unusable.

As a content creator on the web I  have absolutely no problem with sites monetizing. But I do have a problem with them doing it in a horrible fashion. I mean, I don’t love getting an ad on Instagram or Snapchat here and there, but they’re mostly unobtrusive and infrequent. 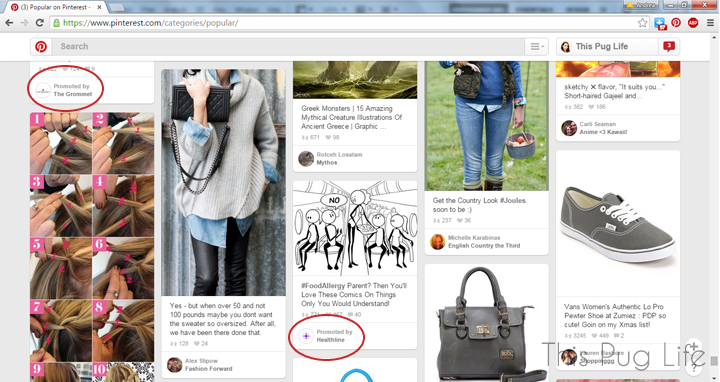 On the other hand, Pinterest has absolutely flooded their pages with promoted pins. On average, 1 out of every 6 pins is an ad. I took some screenshots the other night from the popular page and as you can see, for every scroll of the page I was met with at least one ad. And whenever I browse, I’m inundated with the same 2-3 companies over and over again. 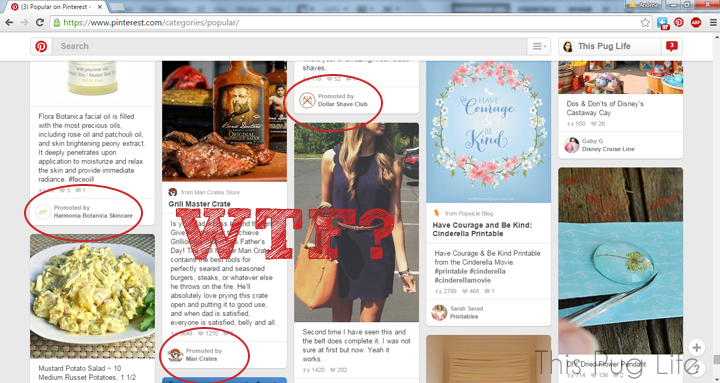 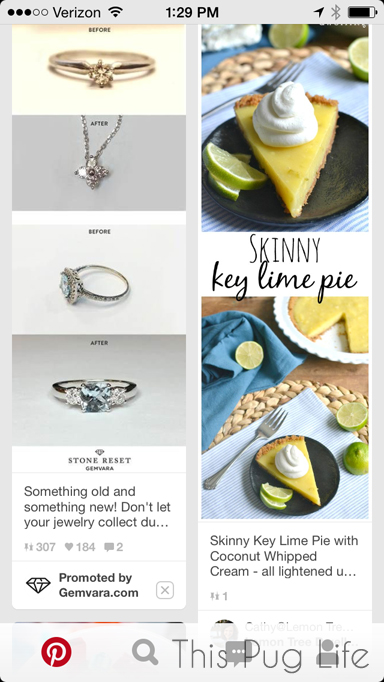 This is particularly troublesome when using Pinterest from a mobile device because ads end up taking up 50% of your screen real estate.

They do have a nice feature of being able to hide promoted pins and then tell them why, like “I’ve already seen it before”. And I did use this feature at first. But I found myself spending 80% of my Pinterest time hiding ads rather than actually looking at content. Sorry guys, but I’m not going to do your job for you. You should know seeing the same ad every few seconds is annoying.

So, do I think the introduction of ads is the end of Pinterest as we know it? It definitely doesn’t have to be. They’ve had growing pains before. Remember a few years ago when it was still in its infancy and became absolutely bombarded by spam links? They were able to fix that and I think they can fix this too.

The idea of promoted pins isn’t horrible – there are actually some really good examples of companies utilizing the Pinterest platform correctly. Check out this promoted pin from Glad – it feels totally natural and I might legitimately click on it without ever realizing it was an ad. 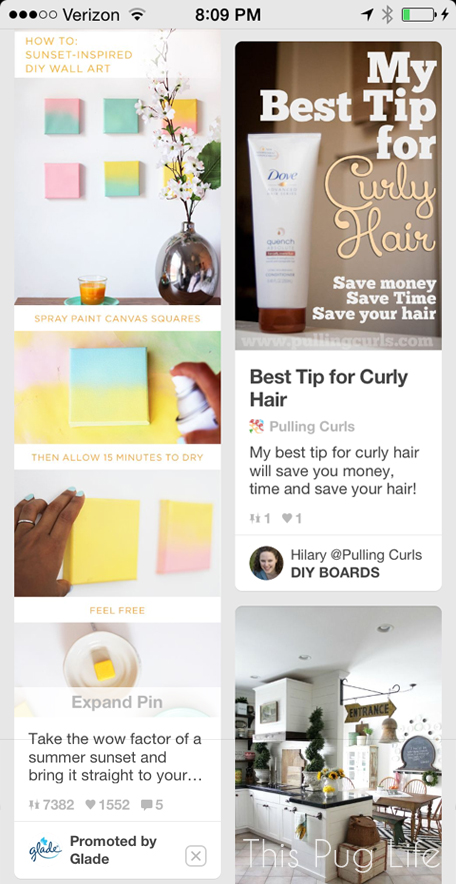 « Insta-Friday #137 » Preparing for Severe Weather with your Pets