My week in iPhone photos and video! 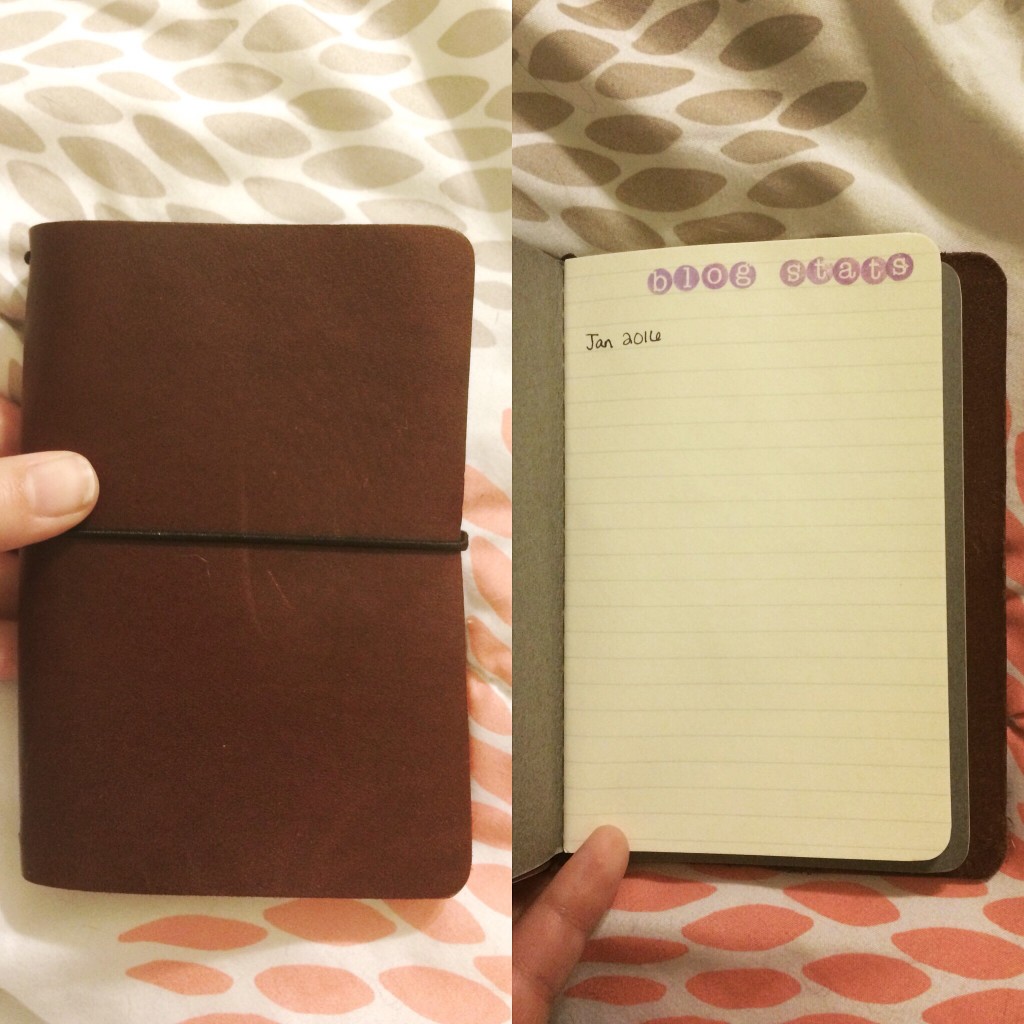 I like to keep a notebook in my bag at all times, mainly to jot down blog ideas. I have ideas pop into my head at the most random times and if I don’t commit them to paper I will forget them. Having gotten into the planner world a bit this past year I also discovered the leather traveler’s notebook. After some research I discovered Buteo Bunker on Etsy with exactly the kind of leather cover I wanted.

I’ve been longingly visiting the shop for months. The owner frequently offers “bottom of the barrel” journal covers that may have been miscut or scratched at a discount. When I saw this beauty deeply discounted just after Christmas I finally jumped on it and told myself it was a Christmas present to myself. Although it was a “bottom of the barrel” cover I can’t find any flaws and a traveler’s journal is supposed to be worn in and beat up anyway. 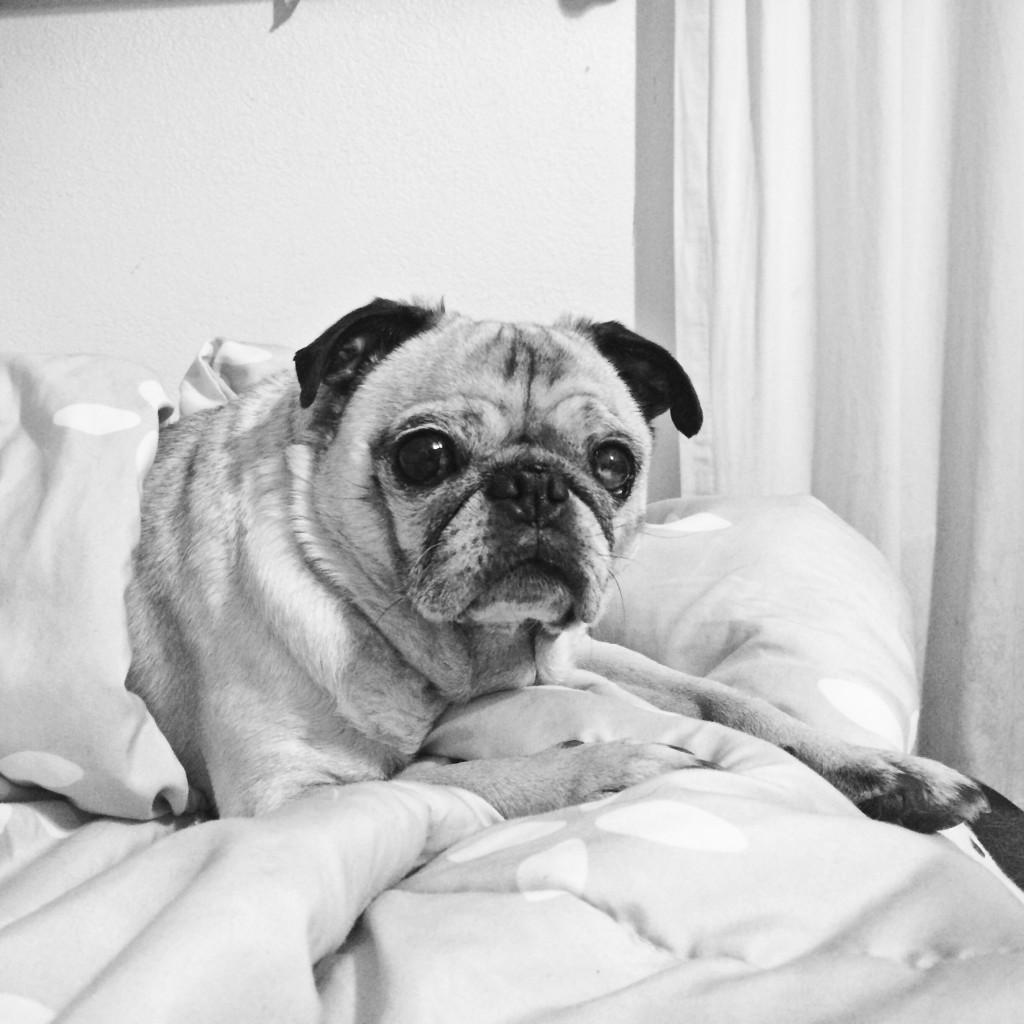 I couldn’t stand being out of the loop any longer so Pug and I settled in to watch Making a Murderer on Netlix. I may have stayed up all night to finish it in one sitting. I know everyone thinks they’re a lawyer now and has lots of opinions so I will only say that I find Brendan’s case even more horrifying than Steven’s. 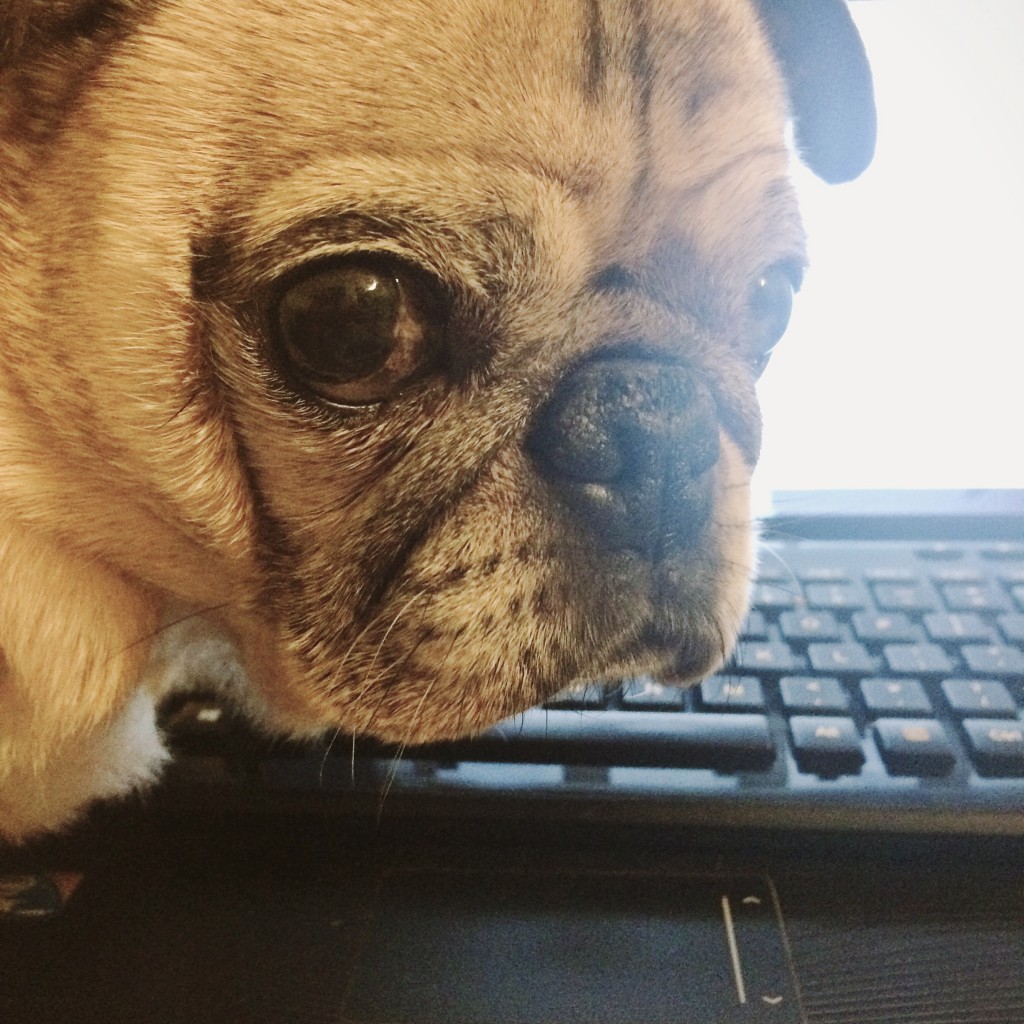 I’ve been spending a lot of my free time editing the newborn photos I took last week. Pug was tired of being ignored.

The only downside to Pug’s favorite activity – sucking blanket – is he frequently gets dry mouth. 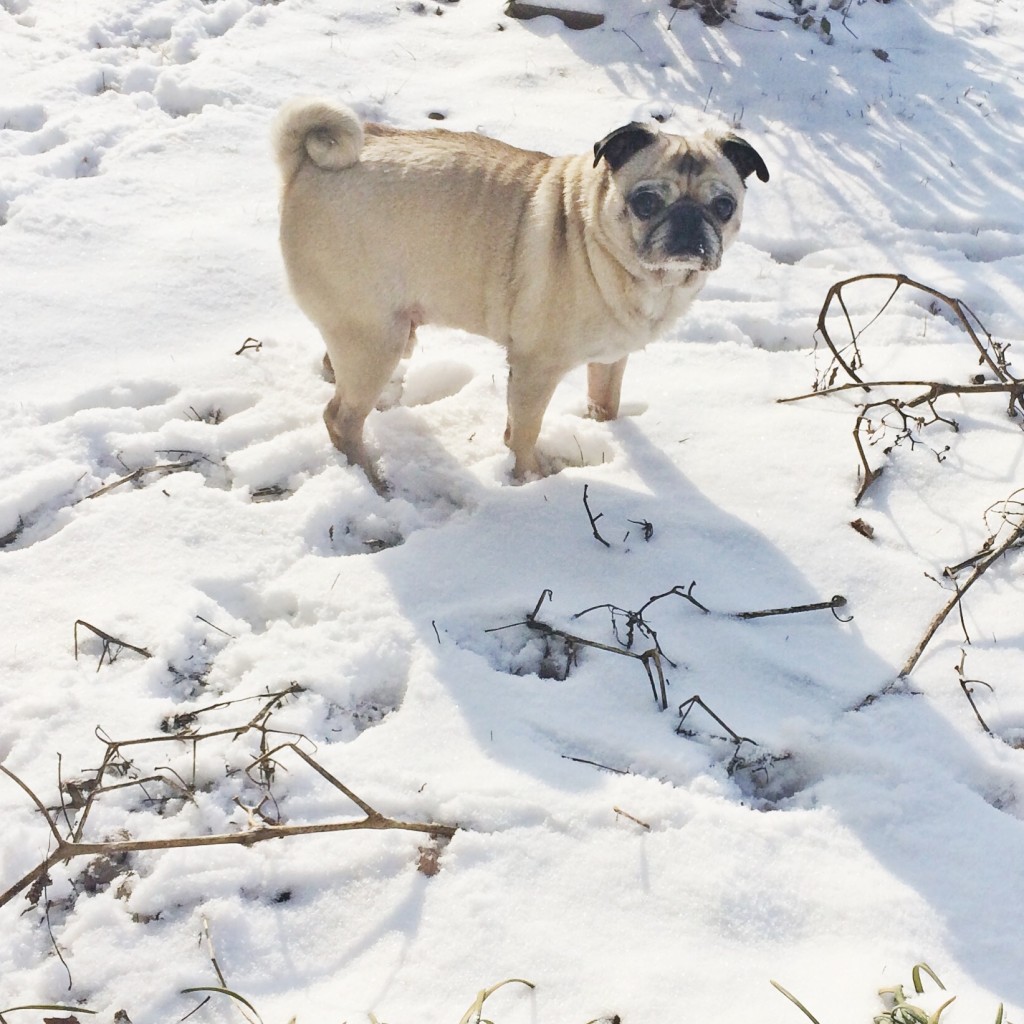 We finally got our first snow of this unseasonably mild winter. It has been so long I think people around here forgot how to act. Schools were cancelled, the grocery store was deserted and Pug went on a poop strike over a measly 2 inches of snow!

I announced earlier this week that we would be working with Loot Pets this year, promoting their monthly subscription box for geeky pets. They sent us last month’s “founding” crate which included these neat Founding Pet tags for each dog. Which Pug promptly attempted to eat. I plan on filming unboxing/review videos with the dogs for these and I can already tell it’s going to be quite the experience!