Every month or so I do a monthly obsessions post where I showcase what I’ve been loving that month. The products can be from any category and I frequently feature pet products, beauty, food, tech items and more. To wrap up the year I decided to highlight some things I consistently used and loved throughout 2015. 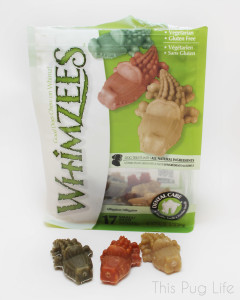 One of the perks of being a pet blogger is that we frequently get food and treats sent to us for review. So much so that I rarely buy treats even if the dogs really like them because we have more than we can conceivably go through in any one year.

We have tried and loved many different varieties of dental chews but the only one I’ve consistently repurchased this year are Whimzees. Pug especially loves the alligator shaped chews and if you follow me on Snapchat you will often see his “gator time” stories. 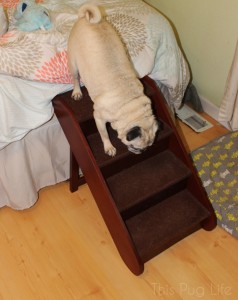 Earlier this year when I was contacted about reviewing Solvit PupSTEPs I was thrilled because I’d always thought about trying them with Pug. One of the major annoyances with him was that he would jump down off the bed to get a drink or a toy, even in the middle of the night, and then whine to be picked back up.

I’m not exaggerating when I say these have changed our lives! It also gives me peace of mind that Pug won’t ever hurt himself jumping off the bed again. If you’re interested in learning more you can read my full review here. 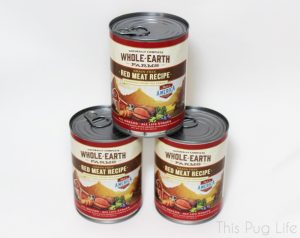 This is another product that I reviewed, but I was actually familiar with it before I got the opportunity to review. As some of you know my mom has been fostering my grandma’s very old beagle. She wasn’t in great shape and has horrific teeth. Whole Earth Farms is a great quality grain-free food at an affordable price. We continue to have it auto-shipped and it’s done wonders for Suzie the beagle and she absolutely devours it. My full review is available here. 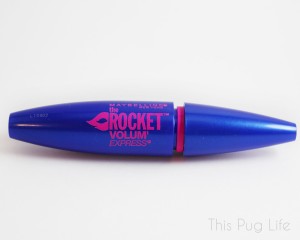 For years Cover Girl Lash Blast was my go-to mascara. I like to try new ones periodically to see if I like anything better, and I never did until I tried The Rocket by Maybelline. I have fairly long lashes, but they’re straight and fine. This mascara holds a curl forever and adds a ton of volume. So much volume that if I wear a pair of “natural” false lashes you can’t even tell a difference. 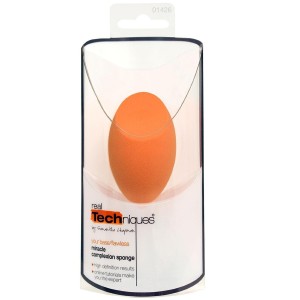 I’ve wanted to try a Beauty Blender for years but I just couldn’t bring myself to drop $25 on a sponge. Even a super special sponge. Most knock-offs got mixed reviews. That is until Real Techniques came out with the Miracle Complexion Sponge. I bought one and it honest to goodness changed my makeup life.

It makes anything you put on your skin look gorgeous and natural. Even when I use a different brush to apply foundation I usually go over it a bit with the Miracle Complexion Sponge to give it a more natural finish.

I wear this lipstick any time I can. Even if it’s not daytime appropriate. It’s a kind of obnoxiously hot pink, but the blue undertones work with my pale skin and blue eyes. The glittery lipglass make it absolutely insanely over the top. It’s my first MAC lipstick and I love the formula. It’s creamy and hydrating and I will definitely be adding to my collection in the future. 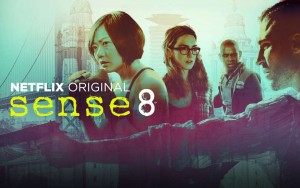 I binged many a show this year but the one that really stands out is Sense8. It was completely engrossing and well, weird. But weird in a good way. The premise was so unique. Not to mention the visuals were absolutely stunning. Even when I was completely confused about what was going on I was enjoying what I was seeing. If you haven’t already checked it out, do so! 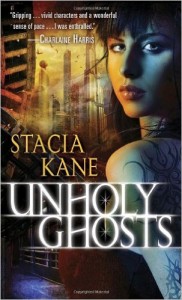 I did a ton of reading in the beginning of 2015. Like, so much reading I kept having to increase my reading goal for the year on Goodreads because I was surpassing it in a matter of weeks. One of the two standout series I discovered is Downside Ghosts. It’s a very dark urban fantasy/horror series with a protagonist that happens to be a deeply damaged drug addict. Honestly, it’s so real sometimes it’s hard to read. The self-loathing and pain of the main character hits a little too close to home at times. Some people complain that there isn’t fast enough growth but I think if you’ve been in a dark place like the main character, you’re much more likely to see the subtle changes.

This series also features one of the steamiest if not unlikeliest romances in all urban fantasy. Keep in mind I’m not big on the romance genre. I don’t like novels where the romance is the main focus of the story line. And yet I was obsessed with the relationships in Downside Ghosts. 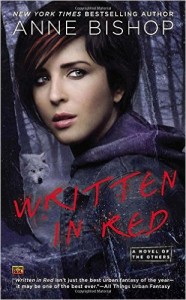 The Others series by Anne Bishop

The Others is probably one of my top series of all time. And it frustrates me a great deal that I have no idea how to properly describe it. I consider myself a poor book reviewer anyway, but this story just doesn’t lend itself well to a short description. Even the official description doesn’t really do it justice.

As a cassandra sangue, or blood prophet, Meg Corbyn can see the future when her skin is cut—a gift that feels more like a curse. Meg’s Controller keeps her enslaved so he can have full access to her visions. But when she escapes, the only safe place Meg can hide is at the Lakeside Courtyard—a business district operated by the Others.

Shape-shifter Simon Wolfgard is reluctant to hire the stranger who inquires about the Human Liaison job. First, he senses she’s keeping a secret, and second, she doesn’t smell like human prey. Yet a stronger instinct propels him to give Meg the job. And when he learns the truth about Meg and that she’s wanted by the government, he’ll have to decide if she’s worth the fight between humans and the Others that will surely follow.

Basically, this is a fantasy series in an alternate universe where Earth is broken up into similar but slightly different continents. Most of the territory of Earth is actually held by The Others, shape-shifters, some of whom are able to play more nicely with the humans than others. A lot of political intrigue and action ensues. Meg is also learning how to be a human after being raised in captivity.

Look, this series is strange. There’s no other way to describe it. It’s totally bizarre and yet I’m totally engrossed. I will never look at crows the same way again. Don’t let the ho-hum description fool you. You just can’t condense the magic of this series into one tiny blurb. 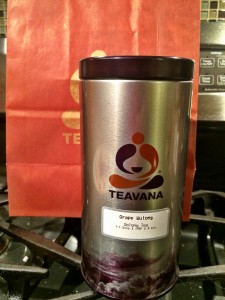 I got some of this Grape Wulong Oolong tea back in January during Teavana’s big annual sale. It quickly became a fave since it tasted like a grownup, tea version of grape Koolaid. After I used up my initial purchase I did without since the regular price of $13 per 2-ounces was just too steep (heh) for me. I was thrilled to discover it at 75% off for this year’s sale only to have my heart crushed when I was informed it was deeply discounted because it’s been discontinued.

On the bright side, I was able to get a huge 8-ounce tin full for only $13. The downside of course is I won’t be able to ever get more. If you’re interested in trying it you’ll be able to get a great deal right now. Just don’t get too attached! 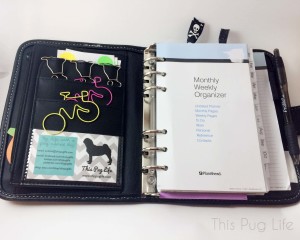 Toward the end of 2014 I discovered the planner community, more specifically the Filofax community. I was intrigued and thought that going back to a paper planner might help me with my scatterbrain. Not wanting to shell out $50+ on something I might use for only a week, I purchased the much cheaper PlanAhead Organizer with the intention of upgrading later if I actually used it consistently. Here it is over a year later and I’ve still yet to upgrade because this $15 planner is just perfect! In fact I don’t see myself ever “upgrading” unless I move up to a bigger size.

This planner is a knockoff version of a Franklin Covey Compact which is 1/2″ larger than a Filofax Personal. The extra space is great but it makes finding refill pages a little more difficult. I actually went ahead and designed a set of simple undated inserts of my own which you can print for free.