On Sunday we attended our fourth Beggin’ Pet Parade, part of St. Louis’ Mardi Gras celebration. The weather was beautiful and there was a huge turnout. As usual I have so many pics it’s necessary to split this into two posts. Today I’ll be featuring the pugs (naturally) and on Wednesday I’ll post the rest of the dressed-up dogs as well as my event video. Let’s get started! 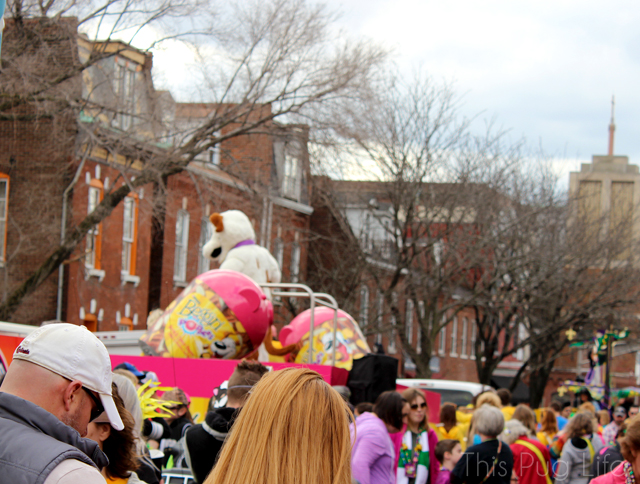 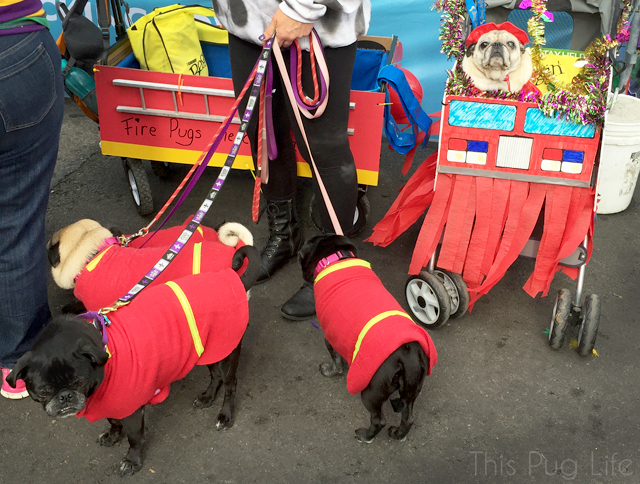 Normally the pugs ride together in the wagon, but the BPFF’s (best pug friends forever) mom initially thought she wouldn’t make it to this year’s parade. I had already constructed Pug’s stroller fire truck, so we rolled separately. 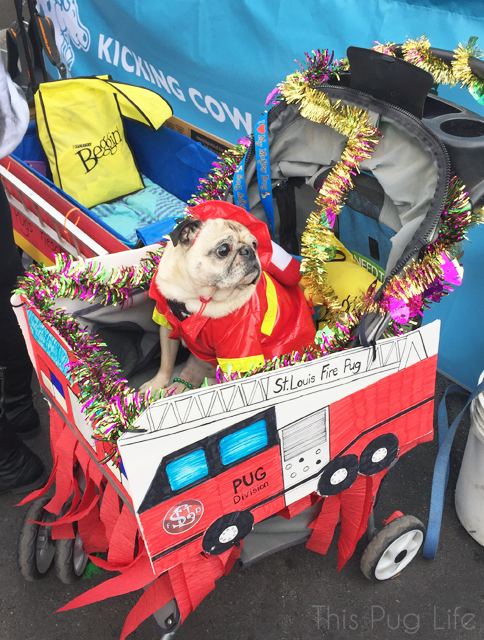 I created a fictional Pug Division of the St. Louis Fire Dept. but they might want to consider it for real. What’s a Dalmatian got that a pug doesn’t, right? 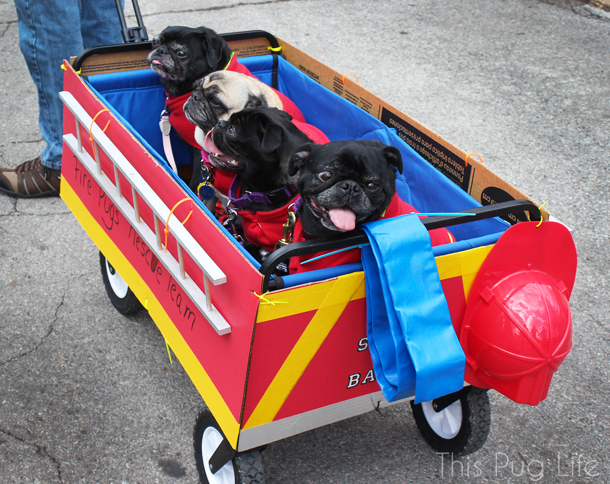 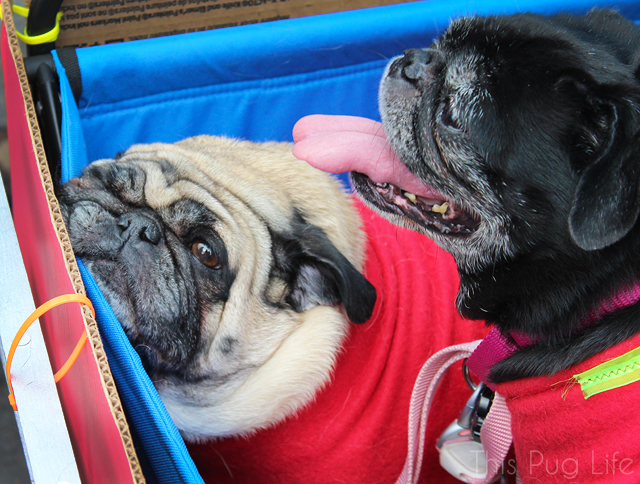 As usual Luna fell apart before the parade even officially started! 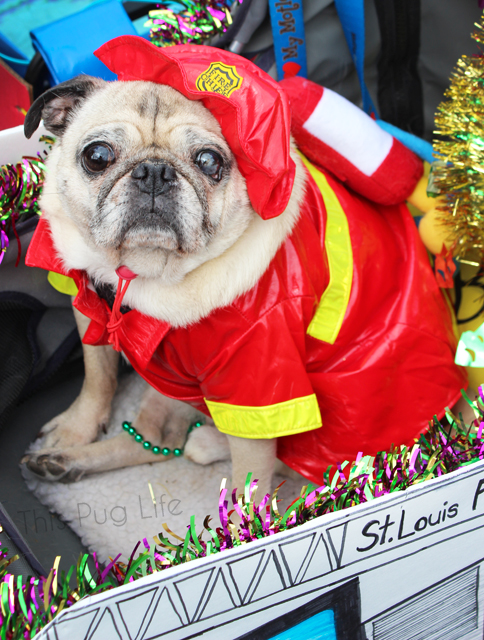 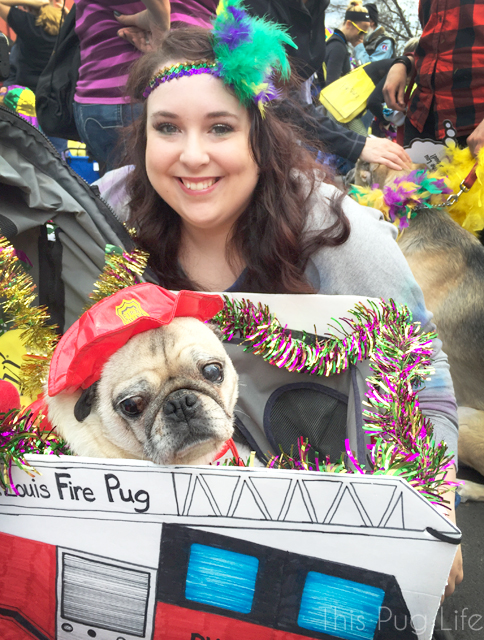 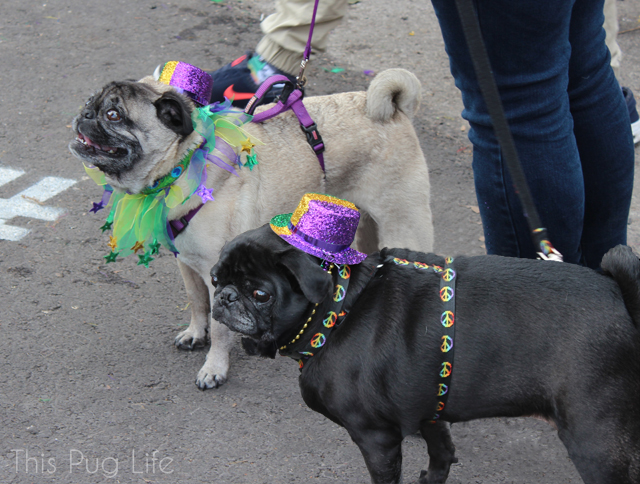 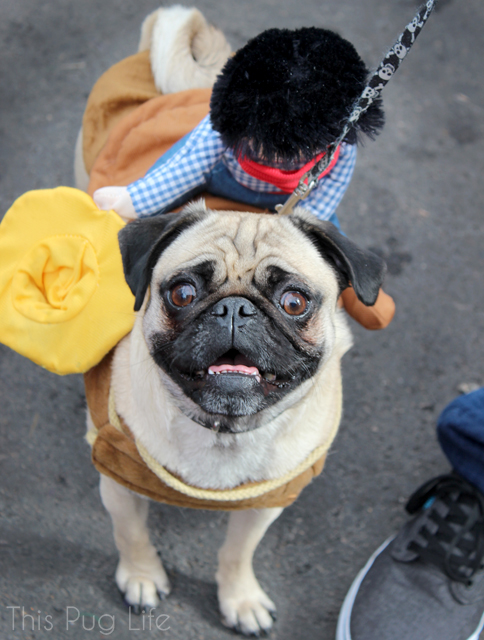 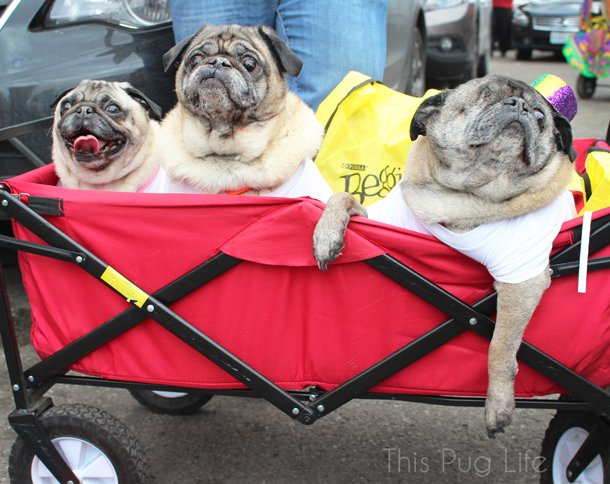 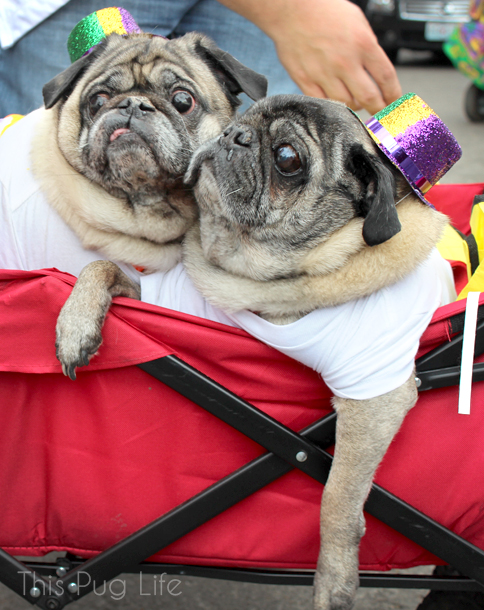 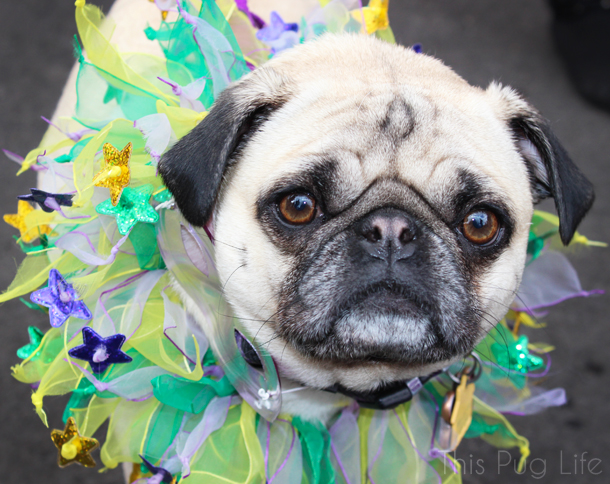 Of course I mean a beeline for any pug I could find while we waited. 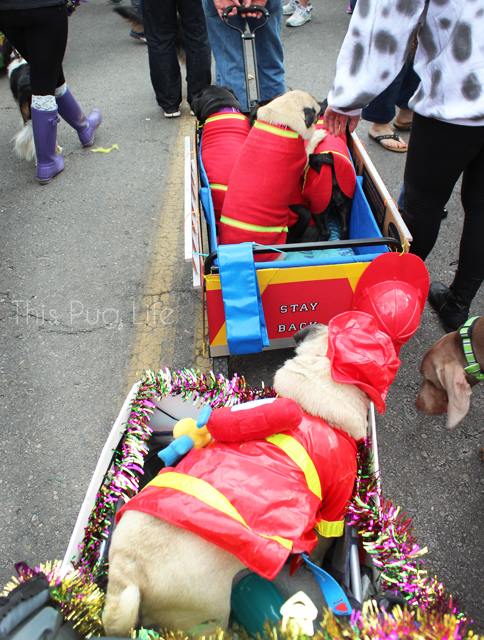 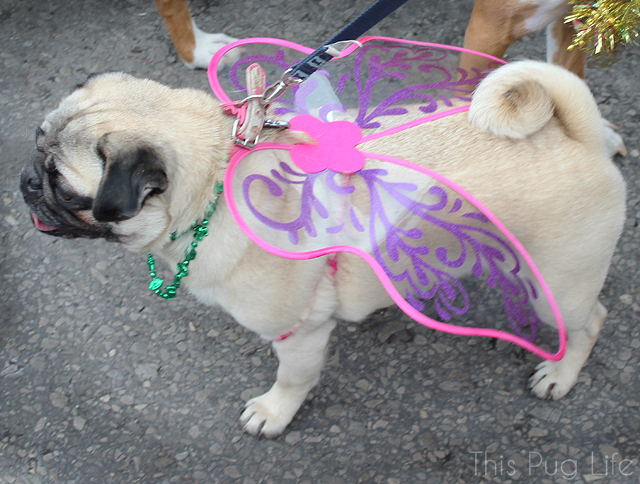 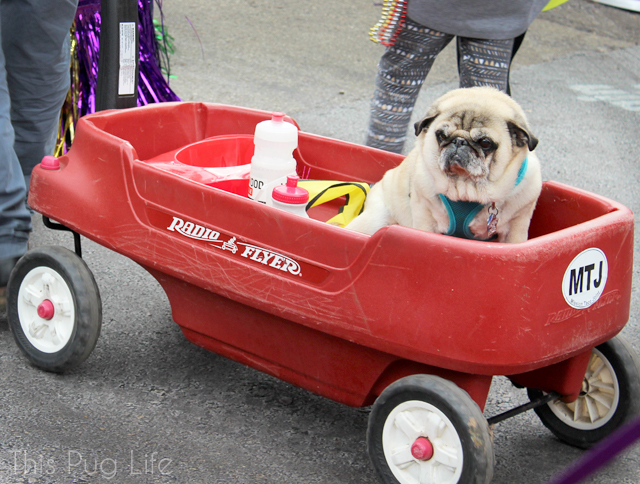 We found a few more pug friends along the parade route. Grumpy Grandpa pug in the wagon cracked me right up. 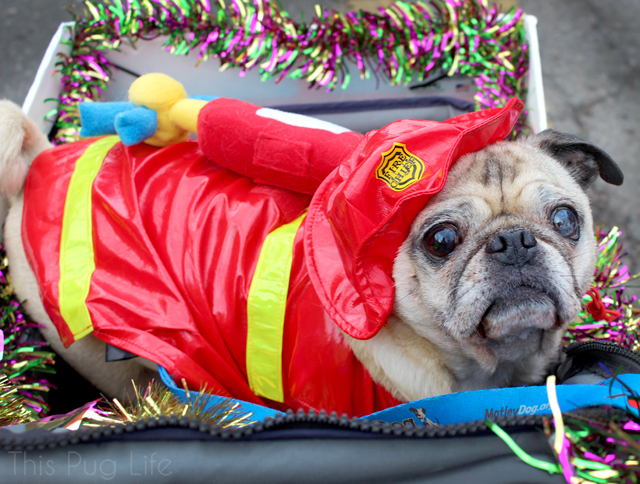 Pug sometimes likes to stare lovingly at me instead of the crowd. 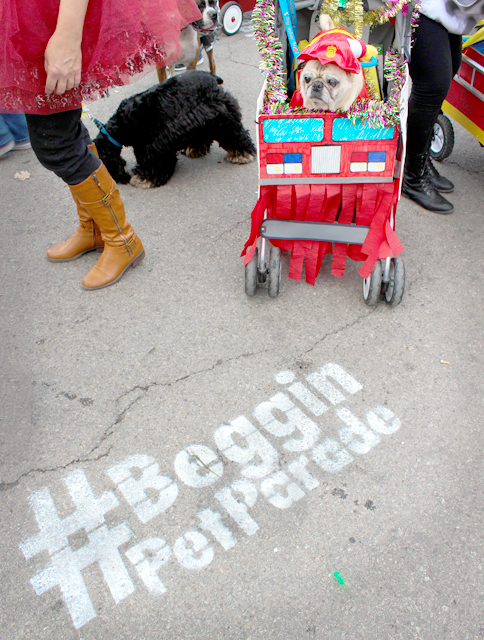 And just like that we were at the end of the road. Until next year!

Remember to check back Wednesday for the rest of my Beggin’ Pet Parade footage. In the meantime you can revisit  my posts from previous years at the links below: