It’s been a couple of weeks since I’ve posted an InstaFriday and that’s because they have been a total whirlwind. Two weeks ago we learned my grandmother had advanced pancreatic cancer and one week later she passed away. I’m finally getting back into the swing of life.

This is a short time-lapse I took out the window of my grandma’s hospital room the day after we found out about her cancer. Fortunately, she only spent a couple of days in the hospital and we were able to move her home with the help of hospice for her final days. 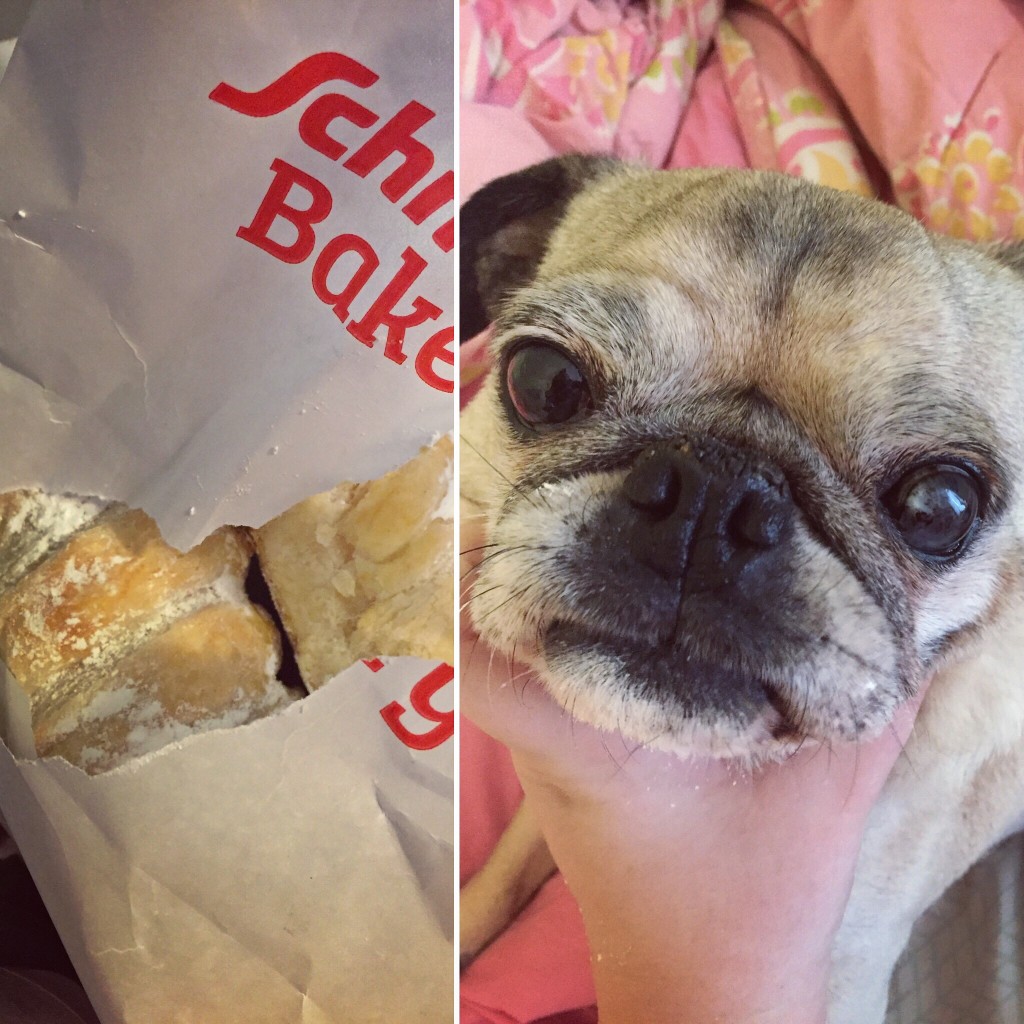 Pug took the Fat Tuesday thing a little too far and nibbled my cream puffs when I stepped out of the room. See the powdered sugar evidence on his face?

I also did a fun alternative Valentine’s Day Gift idea post with fun t-shirts from The Mountain. I’m giving away one of the Pug Luv shirts I’m wearing in this video so be sure to get your entries in here. You can also use my code PUGLIFE15 to get 15% off any shirt from The Mountain through March 31, 2016.

I have about a million videos of Pug sucking on a blanket like a pacifier, but this is the first time I’ve caught him uncovering me. Which happens fairly often. If the particular blanket edge he wants isn’t in a comfortable spot he’ll just move it! 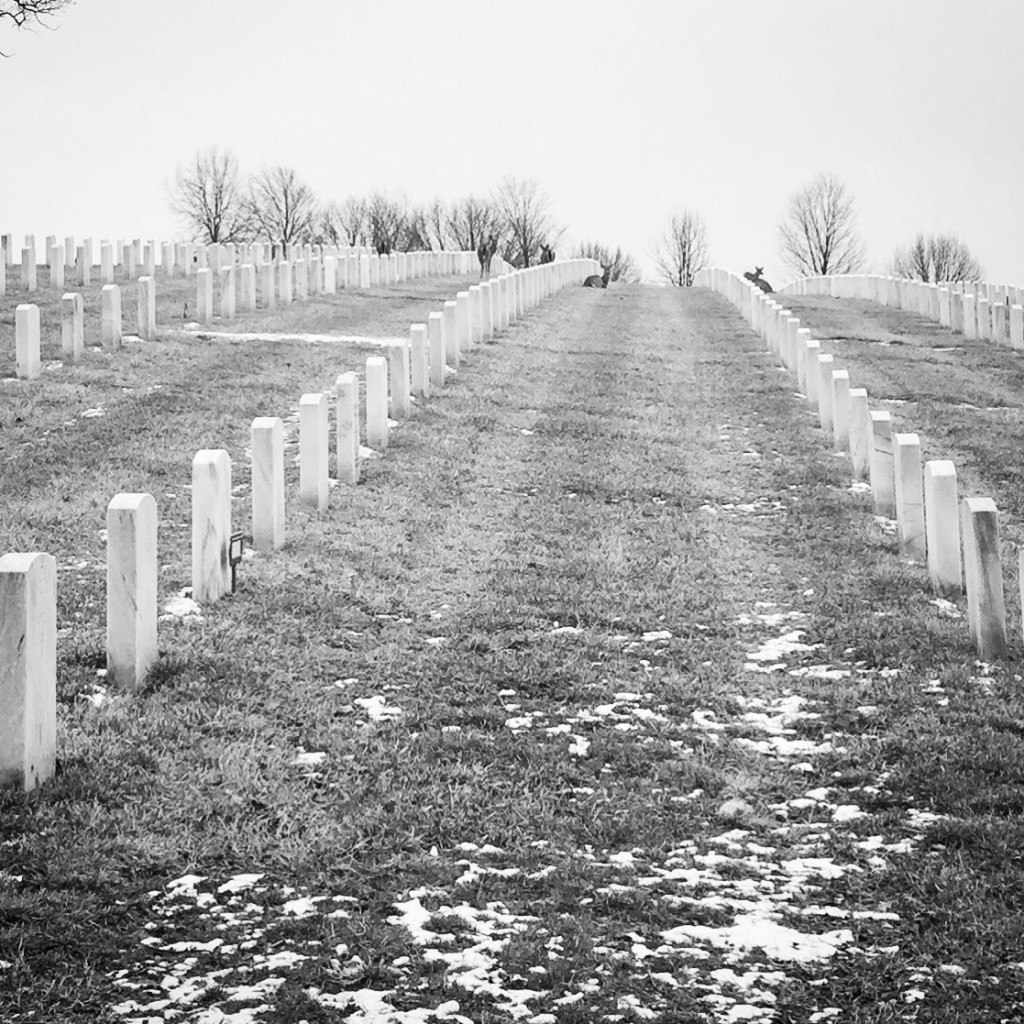 One week after her diagnosis, she passed away in her home with my mom and aunt by her side. I was able to visit her and say goodbye while she was still somewhat responsive. We laid her to rest at Jefferson Barracks with my grandpa. One of the lovely parts about Jefferson Barracks is the ever-present deer. They told us that the deer would eat any flowers we left behind but I said that my grandma wouldn’t mind. 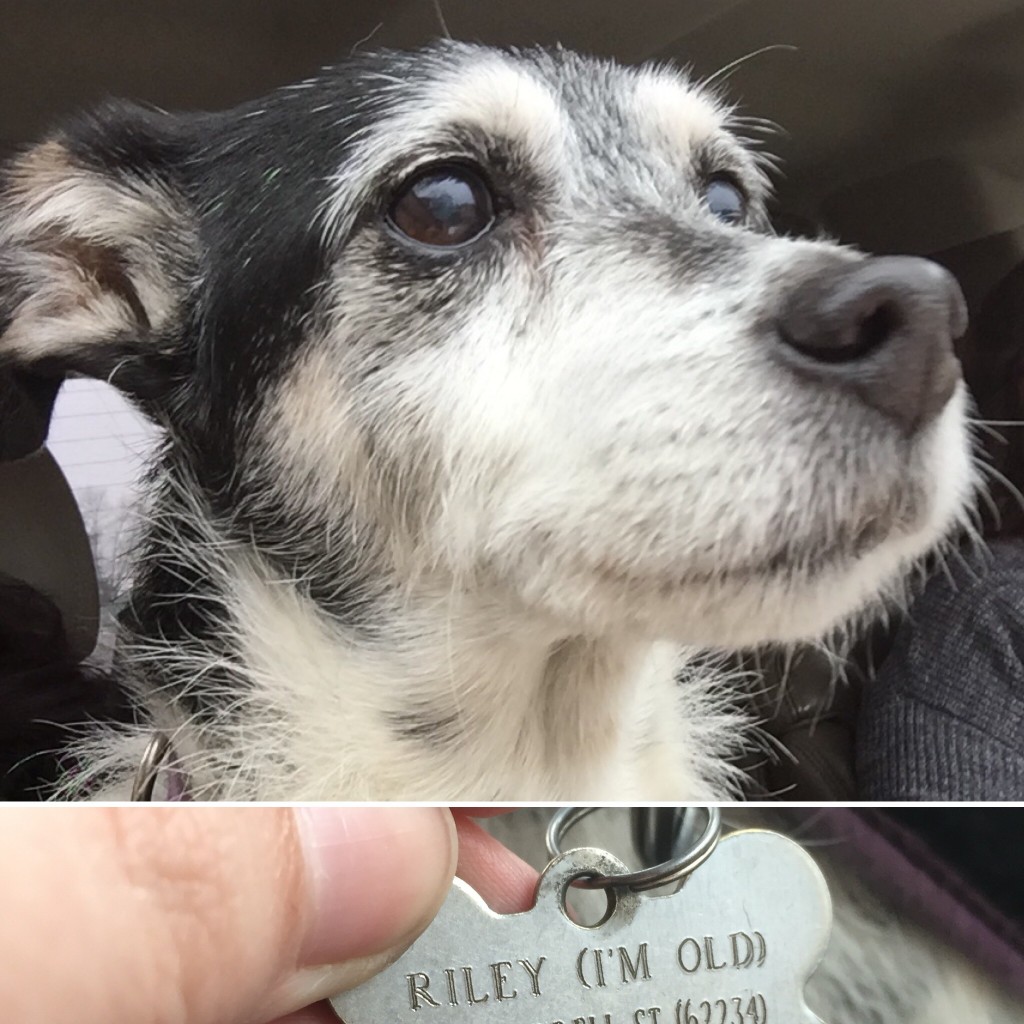 On the way home from the funeral, we came across a small dog in the middle of the road. With my mom and I both in the car there was no chance we weren’t stopping. With a little help from Animal Control we got Riley back home. 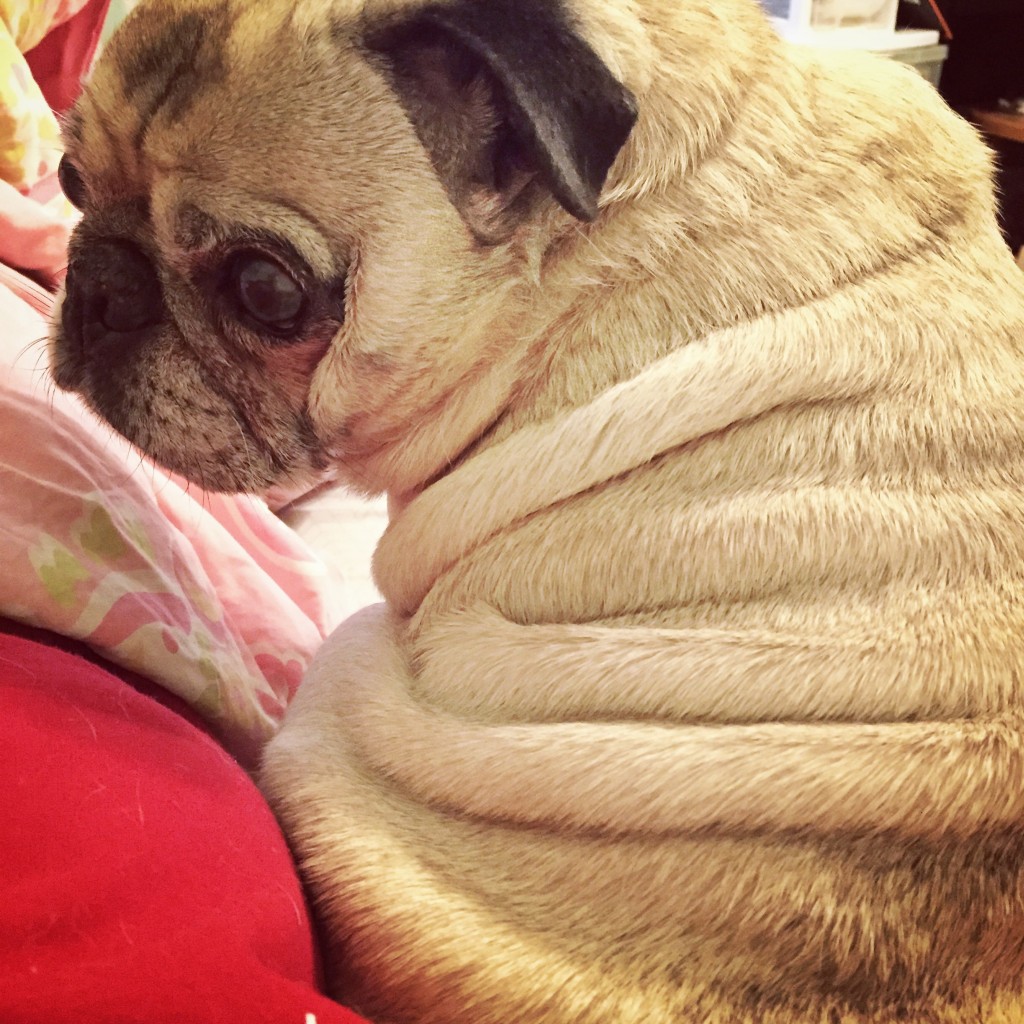 This picture cracks me up because Pug looks like a crescent roll. 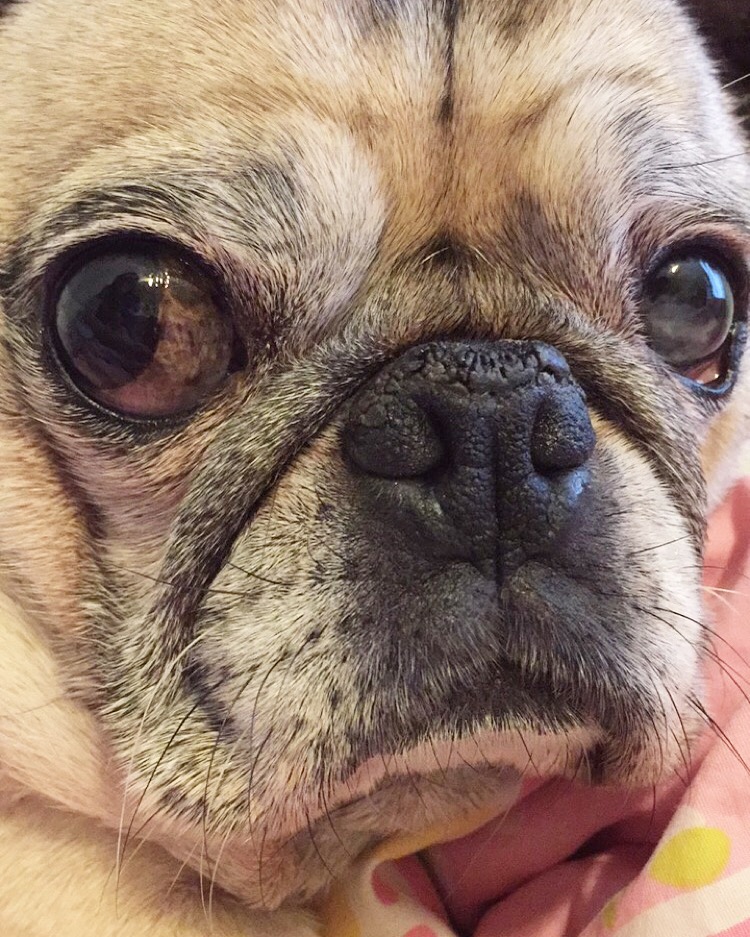 I think this is Pug’s idea of stealth.