Every year from January through March southern Illinois along the confluence of the Mississippi, Missouri and Illinois rivers plays host to migrating bald eagles. Normally, this is the coldest time of the year for us, but it’s been unusually warm all winter. Though I can’t say if it was the warm weather or the late date in the season that caused us to only spot 5 eagles. That said, what started as a simple drive along the river road looking for eagles ended up being quite the adventure.

To give you an idea of the conditions this year, it was nearly 50 degrees when we went out. This is a photo of the river the last time we went eagle watching in 2011. 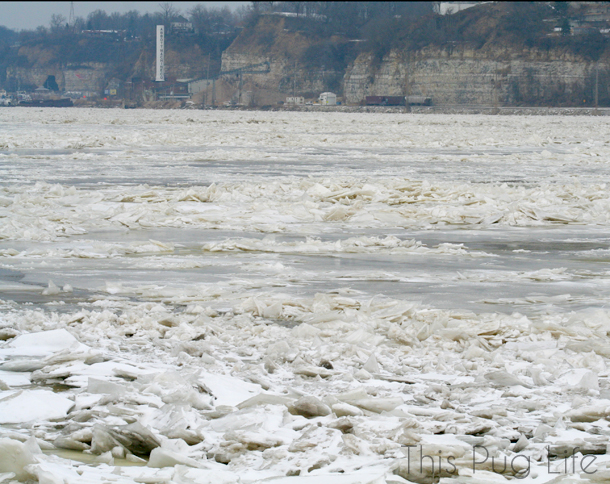 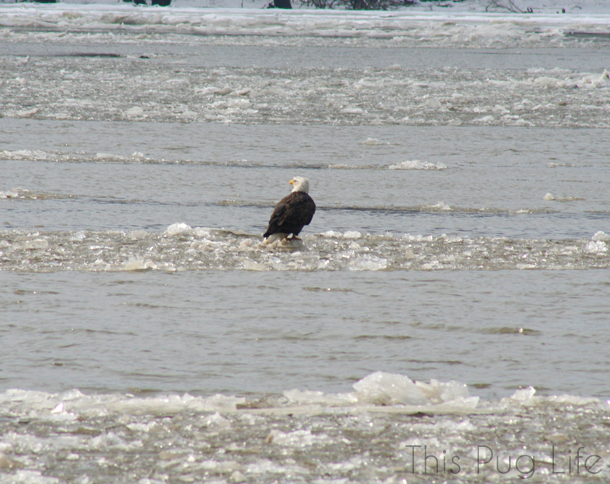 The eagles would hang out on the ice flow, floating down the river until they were done feeding for the day. 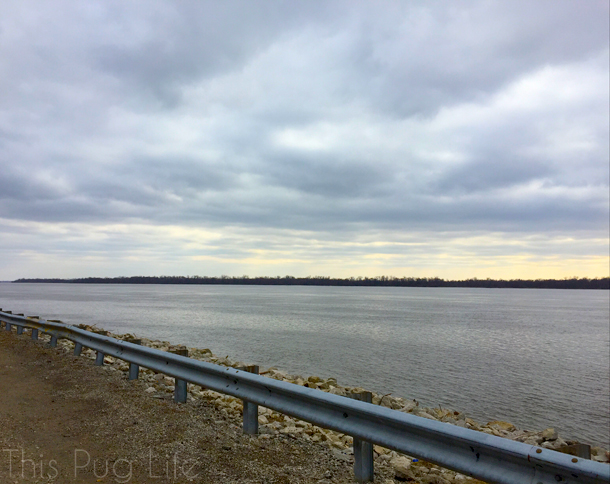 This year, there was no ice to be found. We spotted two eagles and what appeared to be a nest on the island in the photo above. I think because of the lack of ice flow, they had no reason to hang out closer to the road like they normally do. 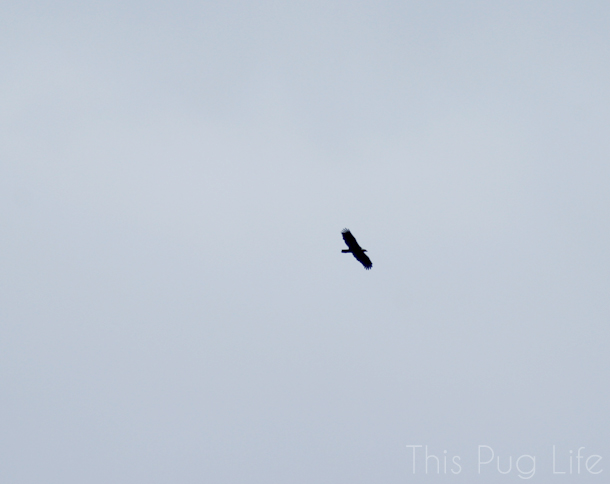 This crummy picture is about as good as it got along the river road. We spotted 4 eagles in all but they were either too high up or too far away to get a decent photo. 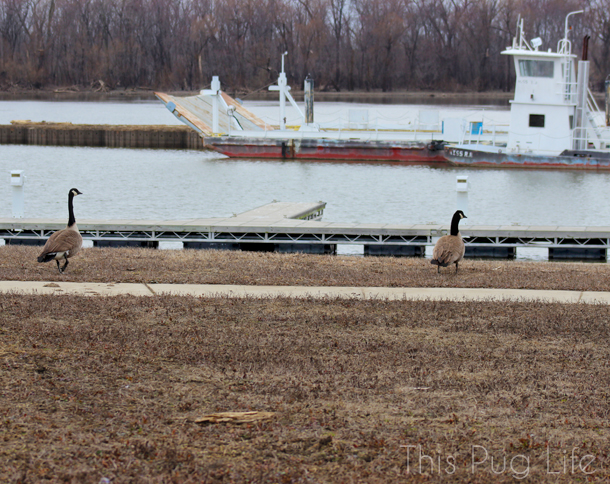 You know eagle watching is going bad when you start photographing geese! 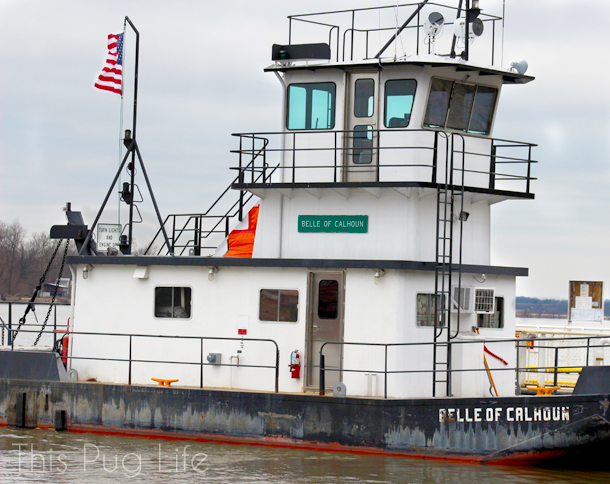 Having mostly struck out we decided to take the ferry to the other side of the river to see if we could get closer. There are numerous sanctuaries in this area set aside specifically for migrating birds. 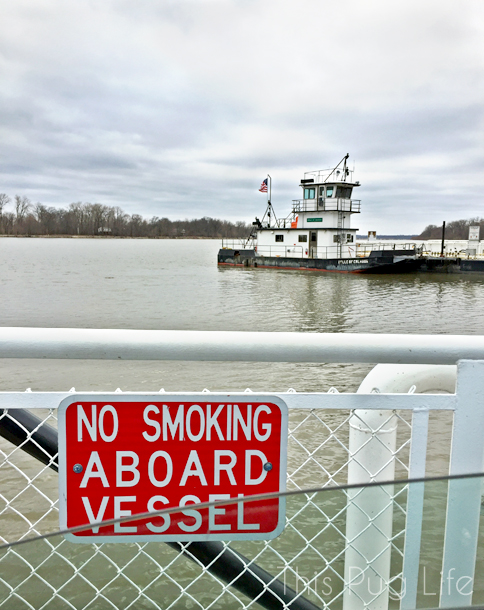 While we did spot a huge nest in the distance, we never could figure out a way to get anywhere near it via car. And boy did we try. Some unintentional mudding happened although I’m fairly certain we never went “off-road”. We were in an area that heavily flooded back in December and the roads weren’t very… roady. 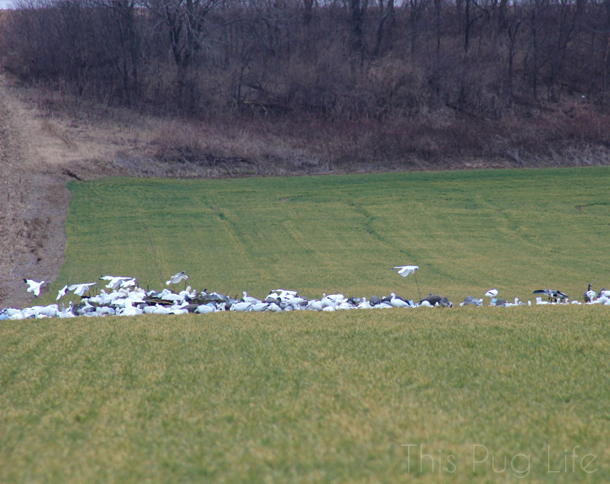 No eagles yet, but we kept noticing these large groups of white birds out in fields. We noticed some appeared to be hovering near the ground and when I zoomed in we realized the “hovering” birds were dummies on sticks. If anyone knows what the heck the reason for this is I’d love to know! I figure wildlife services want them to congregate in these designated areas I just couldn’t think of why.

Soon after this we ran into an eagle watching tour group we had passed early on. We decided since we weren’t having much luck we should try to follow the tour and see if they took us anywhere good. After leading us even further into the middle of nowhere, the tour pulled off the road and we panicked because we didn’t want to get busted for creepily stalking them. But we also had no GPS signal and weren’t entirely sure where we were anymore. 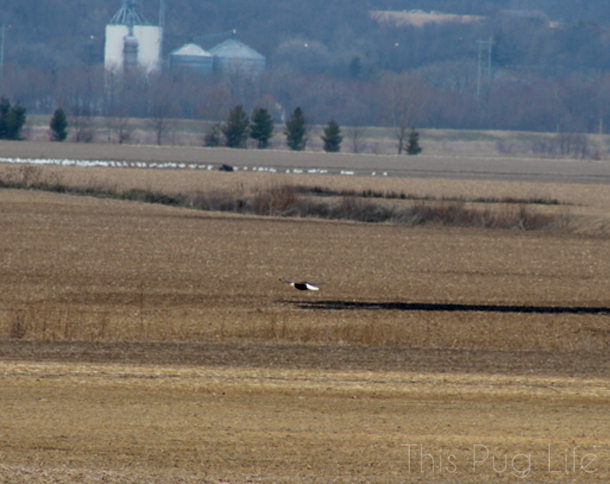 That mistake ended up being the best thing to happen to us though because as we continued on down the road we turned a corner and came across a huge bald eagle just casually chilling not 15 feet from the road. Talk about exciting! My friend tried to slow down so we could stop or pull off the road, but we had someone tailing us too closely. The sound of our cars spooked him (or annoyed, I mean he is a bald eagle after all) and he flew further out in the field. 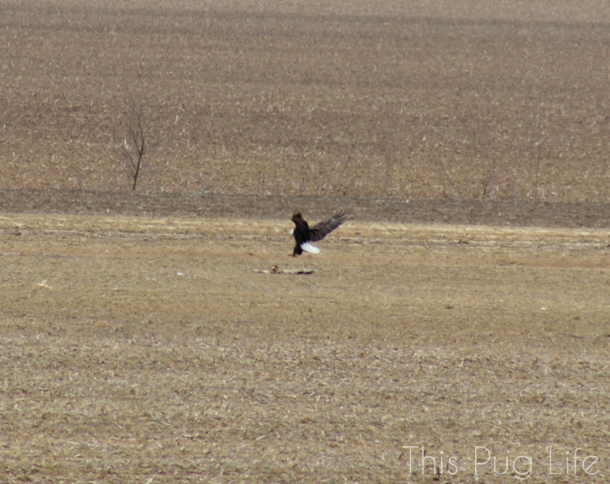 We pulled over and waited to see if he’d come back but he seemed too content where he was. I considered walking out in the field to see how close I could get but figured trespassing on private property in a town of like, 50 people probably wasn’t the best idea. Even though the pictures are crap, the experience was awesome! 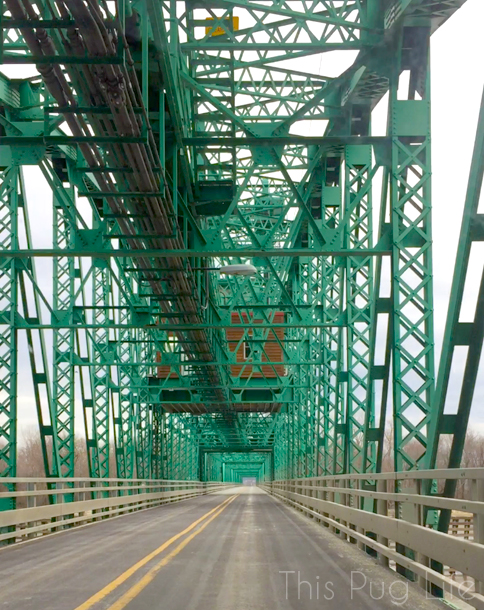 Not long after that we got back on the road and close enough to civilization to acquire GPS signals on our phones. One drawbridge and several miles later we were back on the river road. 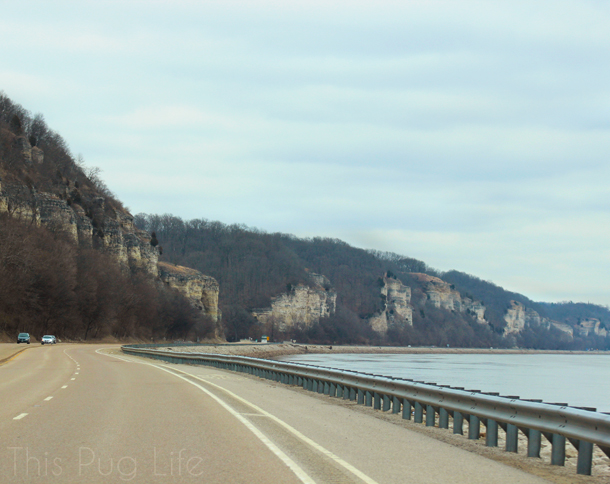 Hope you enjoyed our eagle spotting adventures even if there was a severe lack of eagles.