We have been testing out the goodies from our March Loot Pets so it’s time for a full review. My initial unboxing video with first impressions is below. If you’d like more information about the Loot Pets subscription box I explain it here.

I will admit I didn’t have high expectations for this month’s box as far as the theme went. I figured it would include something with Batman vs. Superman and even though I’m a big Batman fan, I wasn’t particularly excited for the new movie. I ended up being pleasantly surprised! 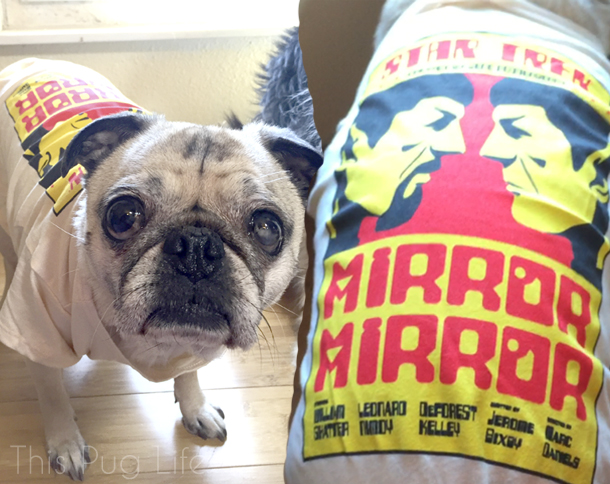 First up is this adorable movie poster style shirt for the Star Trek episode Mirror Mirror, featuring Spock facing off against Evil Spock. To be honest, as much as I can appreciate the Original Series for its time period, it’s not something I sit and watch. But even so, who doesn’t love Leonard Nemoy as Spock?

If you’re curious, I rate Star Trek in this order: Deep Space Nine (by a mile), Next Generation, Voyager. I’ve never watched Enterprise because I have an inexplicable aversion to Scott Bakula. 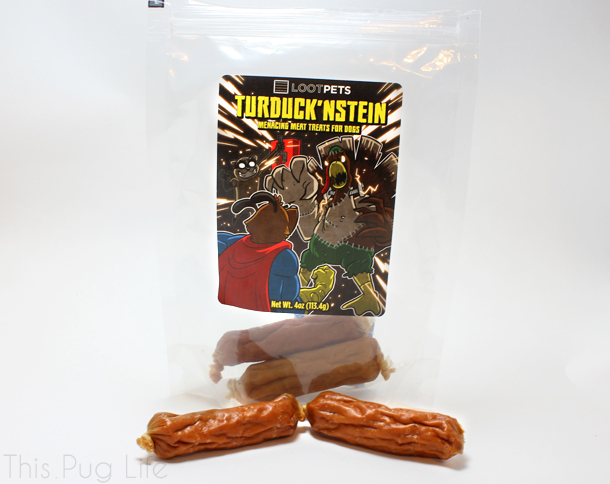 Once again this month’s crate included two types of treats. One more limited ingredient, and one not as much (though all the ingredients are healthy, no funny stuff!). My dogs can eat anything but I like that they include both for those who have more sensitive dogs. These turducken sausages looked like the real deal, they even came with their casings still attached to each other.

I think the Turduck’nsteins have been the all time favorite thus far. Molly, who usually snoozes nearby while I sit and film the unboxing video was all over me after tasting them. 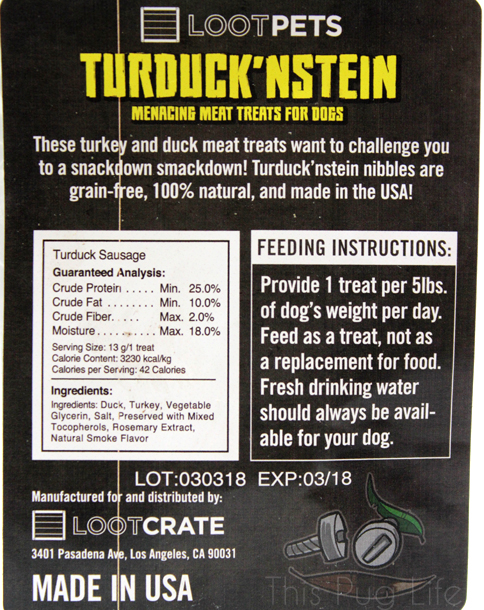 As you can see, these are mostly meat with some natural preservatives so should be safe to eat for most dogs. 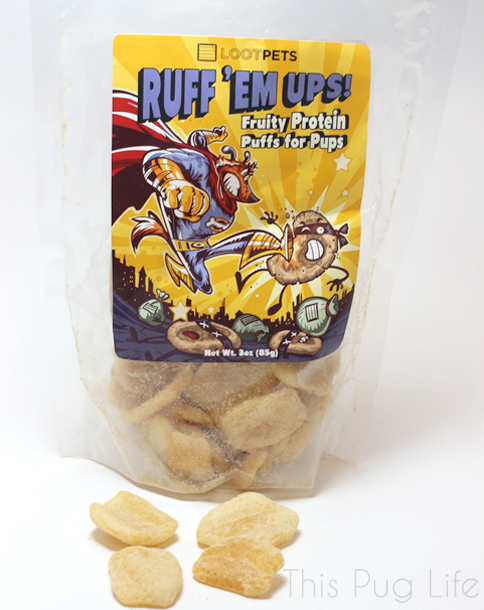 These Ruff Em Ups Fruity Protein Puffs for Pups are quite the tongue twister. Surprisingly, they didn’t smell like anything to me, but the dogs still enjoyed them all the same.

Since I couldn’t identify the ingredients from the lack of smell, I had to look at the back panel to figure out what made these protein puffs fruity. I believe the puffs are chicken and the coating is apple. Pretty interesting flavor combo and execution, if a bit messy (the apple powder falls off easily). 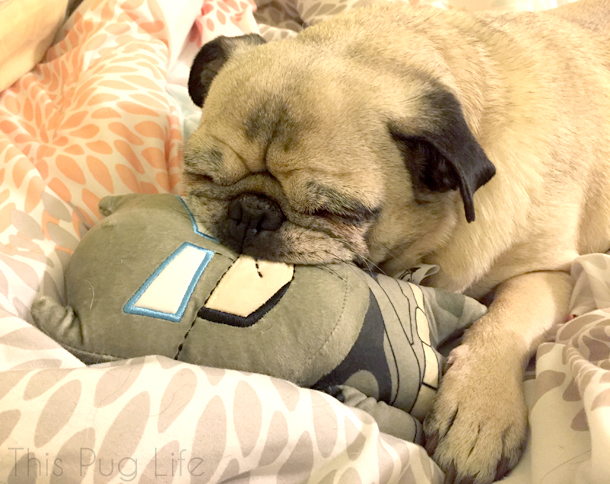 Our toy this month was a Batman vs. Superman Batman plush. I suspect this may not have started its life as a dog toy since it doesn’t contain a squeaker, but I can’t be sure. Either way, Pug took right to him.

This toy was bigger than past toys which is great for those with larger dogs. I generally find that small dogs can play with big toys, but not necessarily the other way around since big dogs might swallow or quickly destroy a too-small toy. 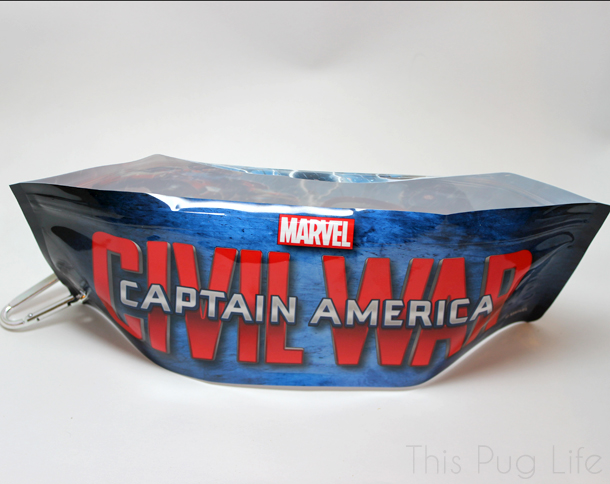 So, these aren’t terribly exciting and I didn’t really care about the theme (sorry Cap) but they are one of the more useful items we’ve received thus far. It’s a 3-pack of disposable pet bowls. I’ve used this type before and they’re not the greatest pet bowl, but they lay flat and you can keep them on hand easily. Especially with the included carabiner.

Despite being disposable, you can reuse them. I plan on keeping at least one of these in my glove compartment just in case. 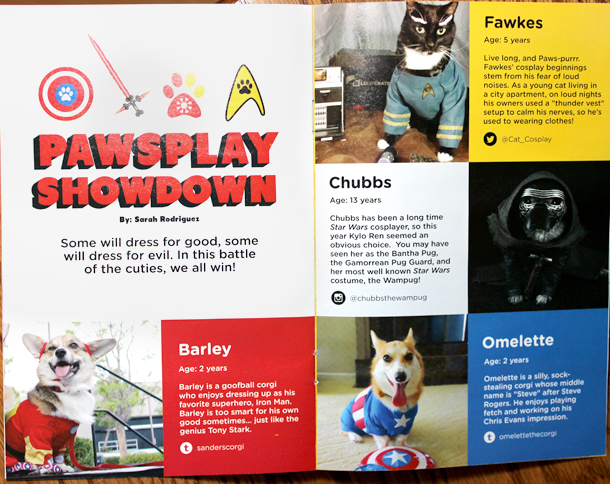 Last up is the Loot Pets Magazine which featured really cool artwork as usual. But I’m including it specifically because one of the articles was about pet cosplay featuring our friend Chubbs the Wampug in her Kylo Ren costume! Congrats Chubbs! We love to see her getting well-deserved recognition for her amazing costumes.

And that’s it for March’s “Versus” Loot Pets. Despite being pretty “meh” about the theme at first, this turned out to be a really solid crate!

Check my YouTube channel later this month for my unboxing of April’s “Quest” Loot Pets and check back here for a full review!