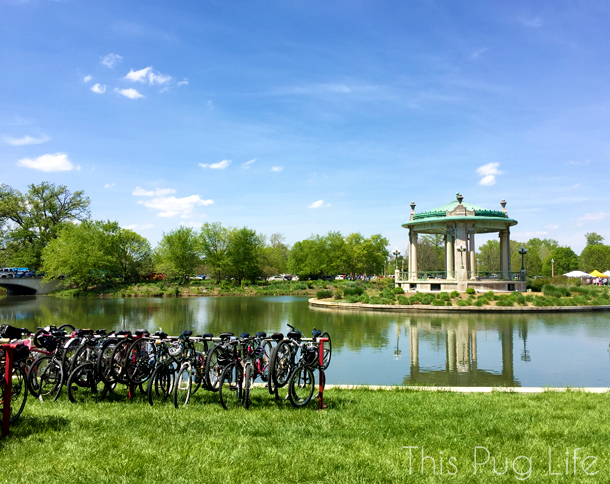 The St. Louis Earth Day Festival in Forest Park is an event I look forward to every year. The yearly festival has something for the whole family (plus pets!) whether you’re super crunchy or just generally interested in being more earth-friendly. 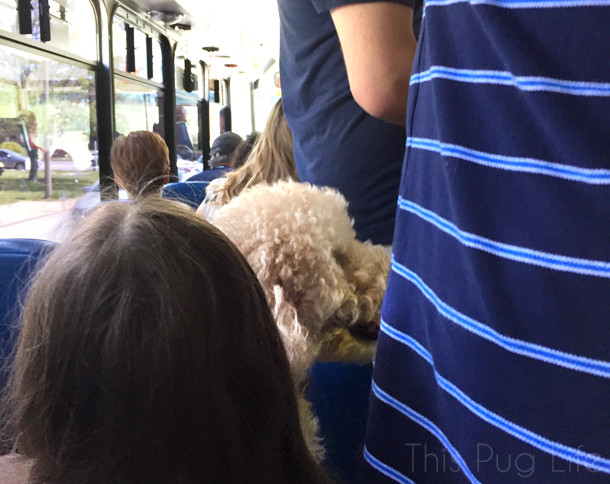 After finding out last year that dogs can ride the festival’s free shuttles, I really wanted to bring Pug. Unfortunately the forecast called for temps in the low-80s and that’s just a bit too hot for Pug. Especially if I’m not using a stroller, and taking up room on the shuttle for my dog stroller was just a little too much even for me! 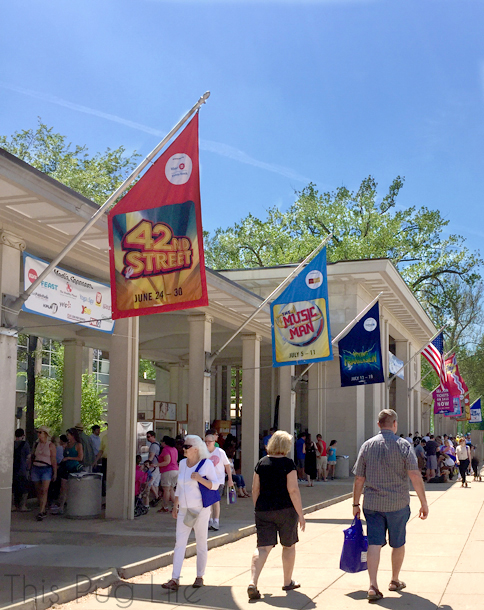 The festival is held on the grounds of The Muny, our famous outdoor theater that features a free seat section for every performance. 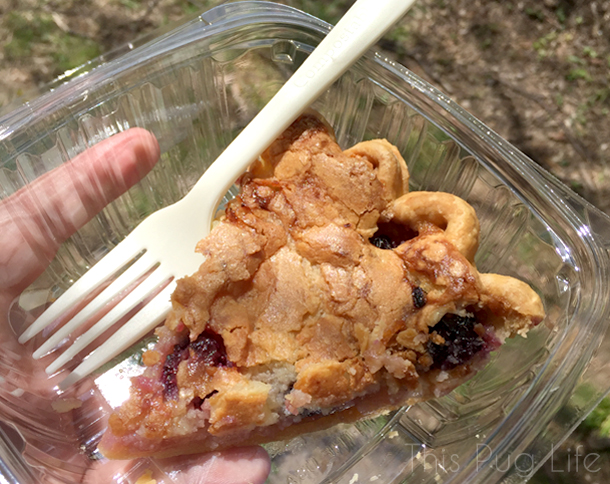 Our first stop of the day was at the Earth Day Cafe for a slice of pie from Pie Oh My. I got gooey butter blackberry pie which was as delicious as it sounds. As part of the zero-waste initiative, all the packaging was recyclable and the forks were even compostable! 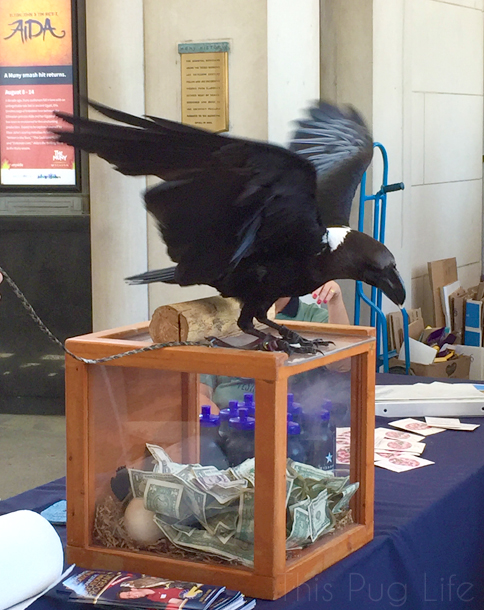 By far one of the coolest things at the festival this year was this raven from the World Bird Sanctuary. He was collecting donations, and if you gave $5 he would give you a medallion. It’s an ingenious marketing device too. People were lined up to hand him dollars. Myself included! 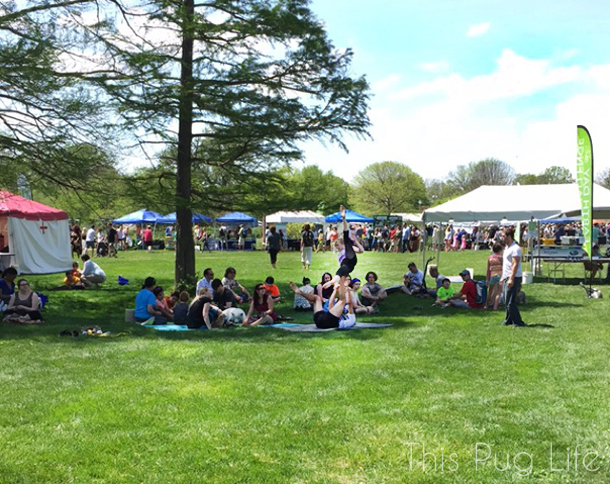 Stray Rescue of St. Louis had adoptable dogs at their booth, including Paw. 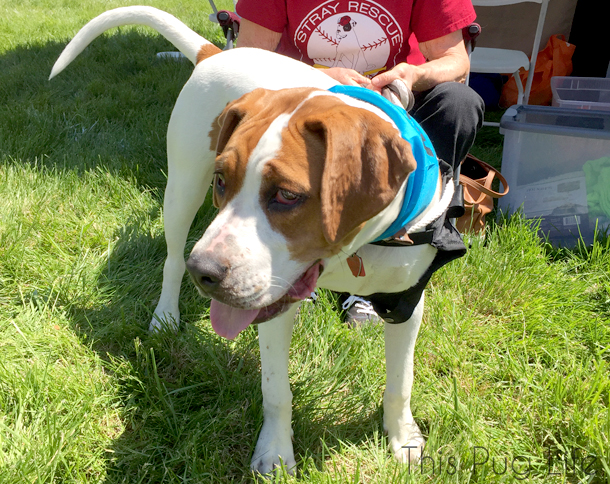 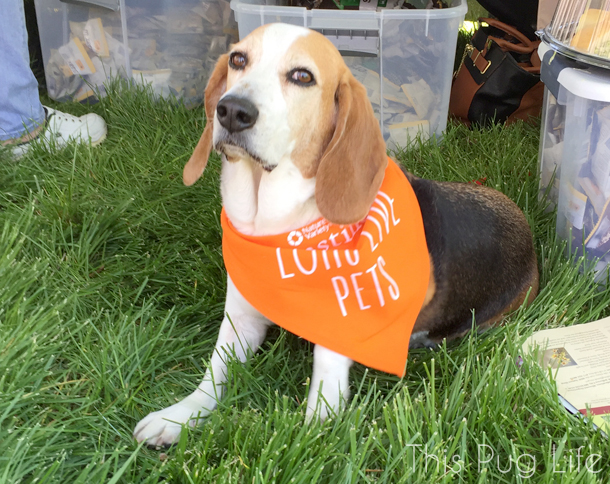 And I spotted this guy hanging out in the back of the Nature’s Variety booth. Lucky! 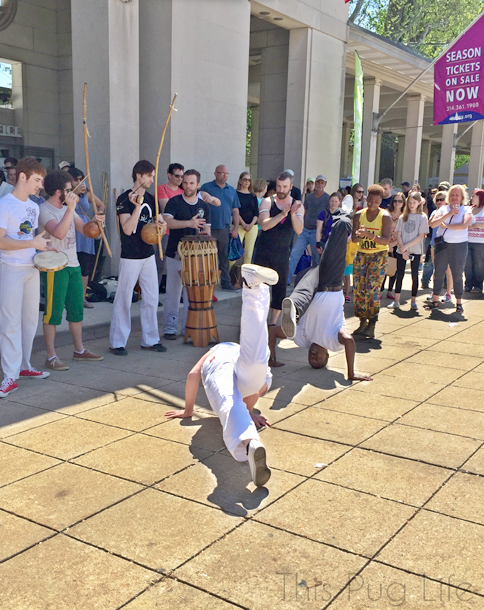 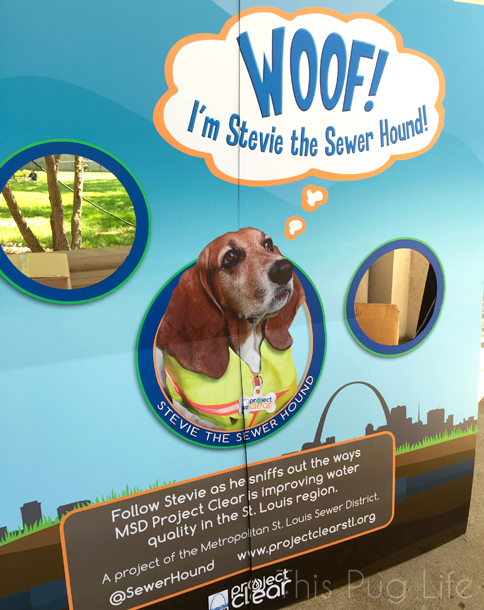 And finally, a picture of a sign. I know. But I had to include it because Stevie the Sewer Hound is the cutest, funniest way to get people interested in the sewer district’s projects!