This month’s favorites are mostly multimedia. Let’s get started! 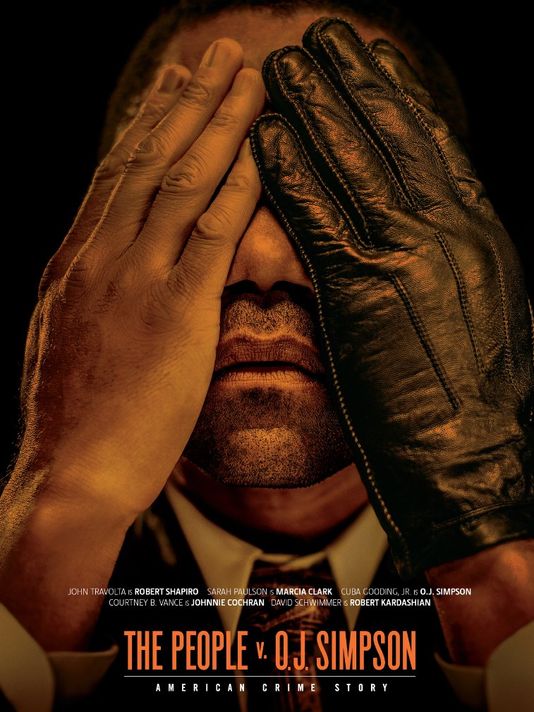 I actually meant to include The People v. O.J. Simpson in last month’s obsessions, but it slipped my mind. But the series finale aired in April.

I was in grade school during the OJ Simpson trial, so I don’t have a lot of memories of it other than it being a hot topic at the time. Looking back, I didn’t have a lot of context for what happened and why. This miniseries definitely answered a lot of questions I had and then some. The political climate and racial tensions. The fact that OJ was really a BIG deal at the time. The unabashed sexism Marcia Clark faced. It really was a case of truth being stranger than fiction. The off-the-wall moments that I looked up after an episode to see if they were real or invented by the writers, always turned out to be true.

I ended up feeling the worst for Ron Goldman’s family. The murder victim largely forgotten in the sideshow that was the trial. And one of the most compelling people was Robert Kardashian. By all accounts a pretty standup guy, who slowly came to the realization that his best friend was a murderer and that he had helped set him free.

Even if you watched the OJ trial happen, I still think this is a can’t miss series. The acting was superb and the nuance it brought to this whole saga was incredible. 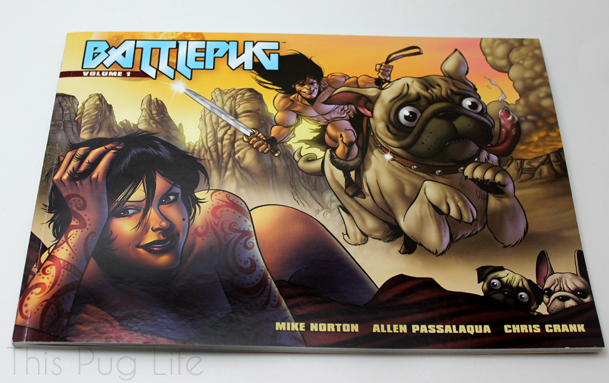 I received a copy of Battlepug Volume 1 in April’s Loot Pets crate and I am officially obsessed. I ate it up with a smile on my face because it’s just so perfect. Battlepug may be fierce, but it’s largely accidental. He’s just so puggy. He pretty much communicates through blank stares and snorts… much like my own Pug.

I believe the softcover edition we received is a Loot Pets exclusive, but they are available for sale in hardback. Or you can read the web comics where they originated. 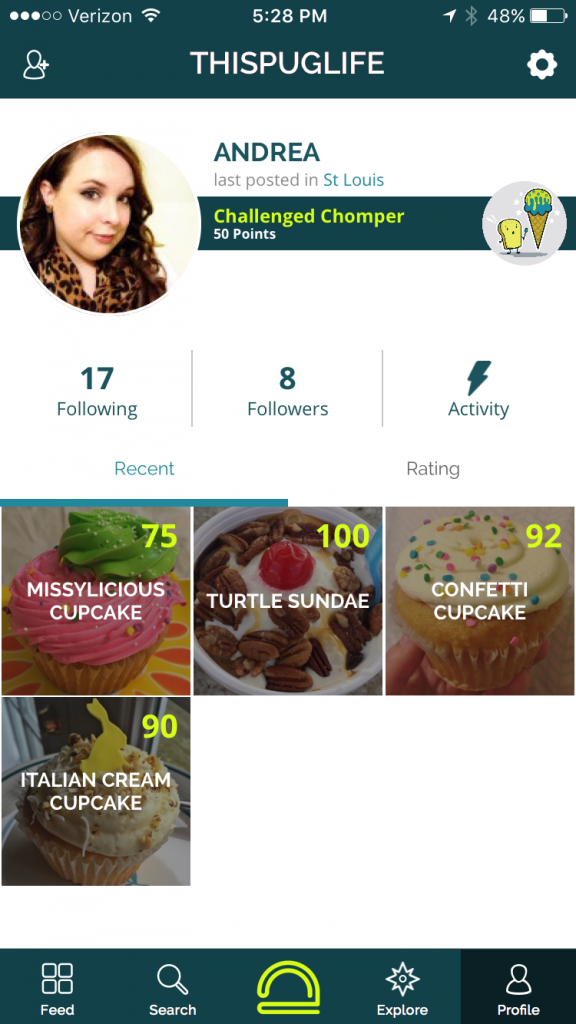 I discovered Dysh through popular YouTubers Grace Helbig and Mamrie Hart. I was initially hesitant about it because it sounded like a total ripoff of FoodSpotting, an app I featured in a Monthly Obsessions exactly a year ago. It’s basically a restaurant review app like Yelp, but you rate and photograph individual dishes. I discovered some great new restaurants this way, but there wasn’t a large user base in my area and the app wasn’t very intuitive or user-friendly.

Dysh is essentially the exact same app but with a better interface. Plus, I like that you can give dishes a “grade” whereas FoodSpotting your only choice was loved it or nothing.

There still isn’t a big user base in my area but it’s only been out a couple of months. If it continues to grow, I will stick with it even though I feel like I’m cheating on FoodSpotting. Also, if you’re in the St. Louis area please use it so I have some local dishes to look at please! 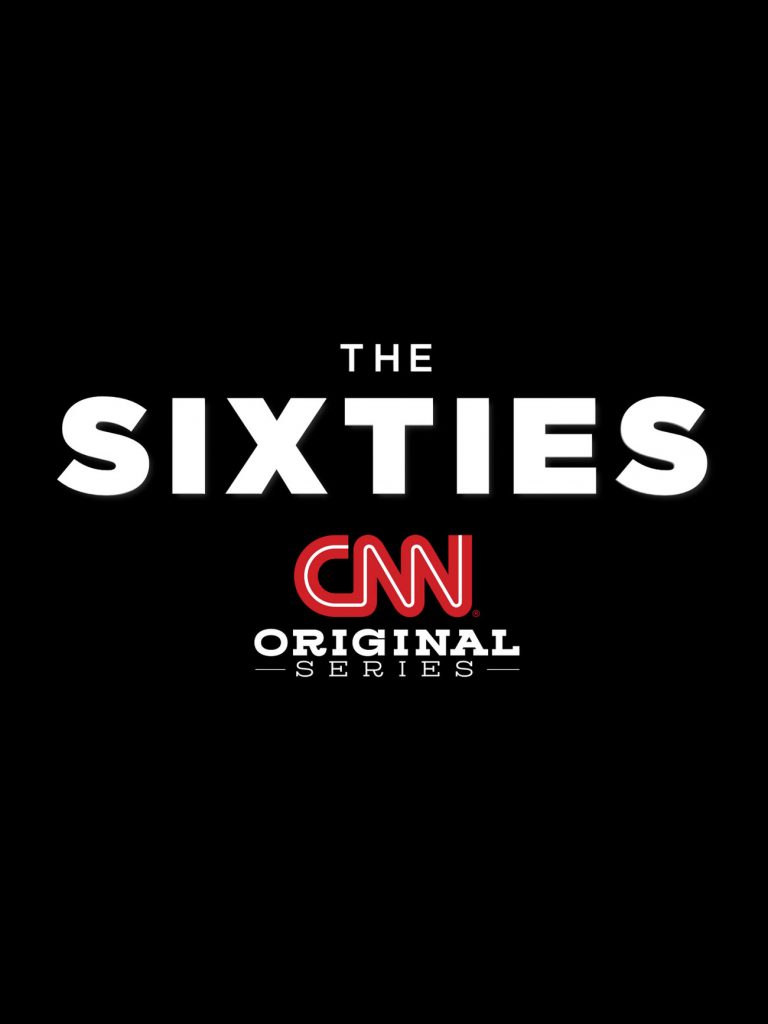 I remember CNN advertising this miniseries hard when it originally aired. I was interested, but I pretty much never watch broadcast TV. So, when I saw it pop up on Netflix I immediately started watching. I’m an 80s/90s kid myself but I have to believe that everyone is at least a little intrigued by the 60s. I can’t think of another decade that saw so much change.

It necessarily covers a lot of dark material. Assassinations, violent opposition to the civil rights movement, the start of the Vietnam war. But it also covers a lot of amazingly cool stuff. The kind of stuff that makes you wish you could’ve been there. The clothes, the music, peace and love.

According to the Wikipedia entry Netflix airs the episodes in a different order than they originally aired. And I think it was a smart move. After so much turmoil and heartbreak, it ends with the Space Race. An uplifting episode that reminds us of what we’re capable when we stop trying to kill each other and put our minds to use for good. 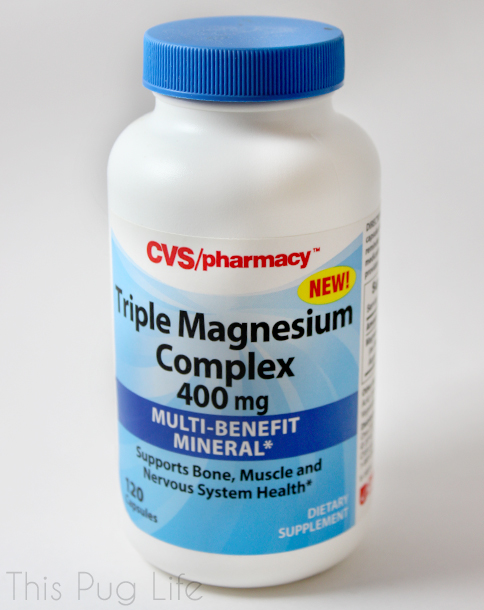 And lastly, a strange addition to my monthly obsessions but hear me out. I’ve made an incredible discovery and I have to share it!

A little background: for the longest time I’ve been sweaty. Not like, pit stained sweaty, but my entire face and scalp would sweat profusely if I wasn’t in a perfectly comfortable 72 degrees or below. It was horrible. For half the year I couldn’t keep makeup on my face and my hair would be soaked.

Not long ago I bought magnesium supplements because my doctor said they might help with my chronic headaches. It didn’t, but I had 2 big bottles and I figured I might as well just finish them.

Fast forward to last weekend when I spent several hours in the blazing sun and 80+ degree heat at the Earth Day Festival. Afterward, I realized that despite being uncomfortably hot I had barely sweated. In fact, most of my foundation was firmly in place. How could this be??

I decided to consult with Dr. Google to see if any of my new medications could decrease sweating. None of them did. Going down the list of what could have been different I finally googled ‘magnesium and sweating’ and low and behold, I found a bunch of entries of people who started magnesium supplements and reduced their excess sweating. I don’t know how I never came across the information in the past but I’m sure glad I stumbled upon it now.

It may not help my headaches any but I am a magnesium taker for life!

That’s it for me, let me know what you’ve been loving the past month in the comments below!

Disclosure of Material Connection: Some of the links in the post above are “affiliate links.” This means if you click on the link and purchase the item, I will receive an affiliate commission. Regardless, I only recommend products or services I use personally and believe will add value to my readers. I am disclosing this in accordance with the Federal Trade Commission’s 16 CFR, Part 255: “Guides Concerning the Use of Endorsements and Testimonials in Advertising.”