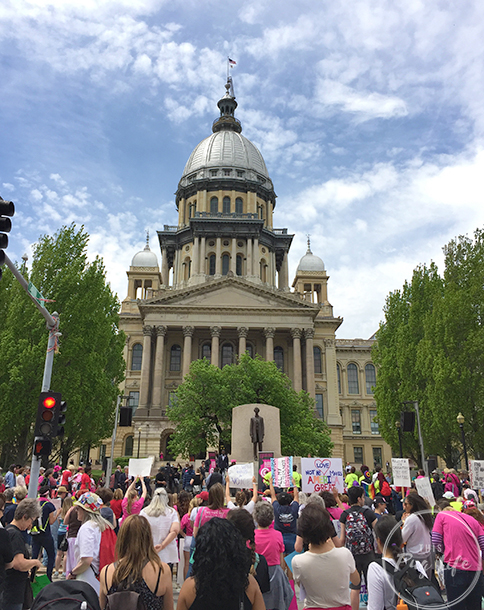 I headed north to Springfield on Tuesday to participate in Women March on Springfield, where we rallied and lobbied our representatives to support a great number of progressive bills – from healthcare and reproductive rights, gun control, minimum wage and the environment. 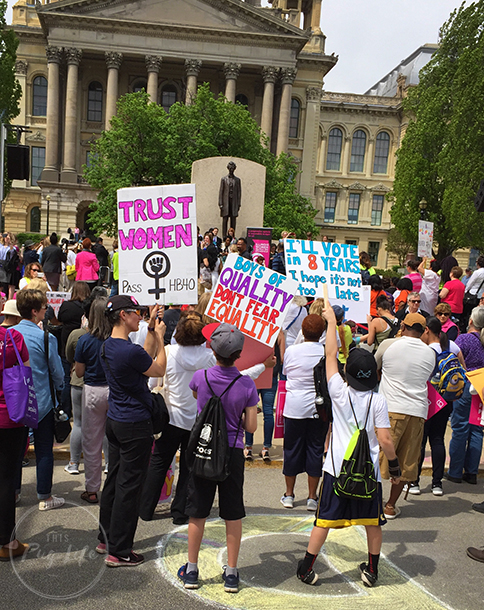 Watching things happen in the federal government and seemingly not being able to do anything to stop it is hard. So, it’s important to remember that there are ways to protect yourself and fellow citizens on the state and local level. For instance, state legislators in Illinois have put forth bills to shore up environmental and healthcare protections for our state. My biggest concern as many know is healthcare, as I suffer from multiple chronic conditions and am on extremely expensive medications. If a disastrous healthcare bill is pushed through the US Congress, my remaining hope is that I will be covered by state laws. 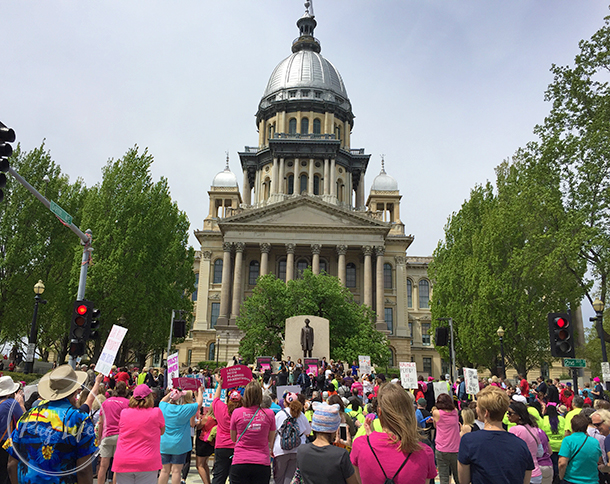 It was a beautiful day and we heard from some inspiring speakers and representatives. It was invigorating to hear from so many of my state lawmakers and see that there are a lot of people that are working tirelessly to make sure people like me won’t be left behind. 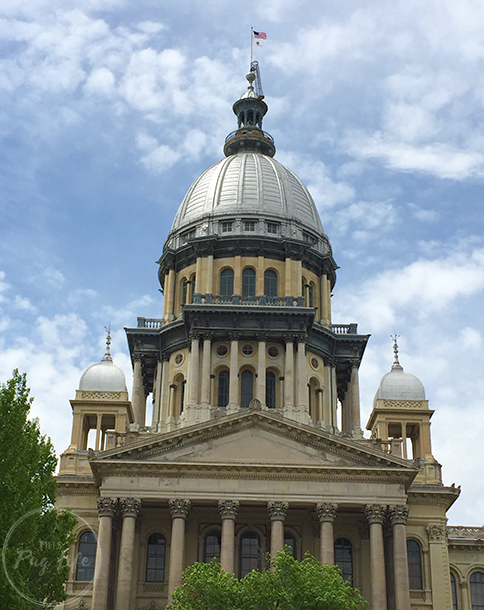 I had never actually been to the Capitol Building in Springfield, thought I’ve been to the old state capitol several times during school field trips or day trips to the city. Something about the colors and architecture is simultaneously beautiful and gothic/creepy. It really has an entirely different feel depending on whether the sun is shining or it’s gloomier. 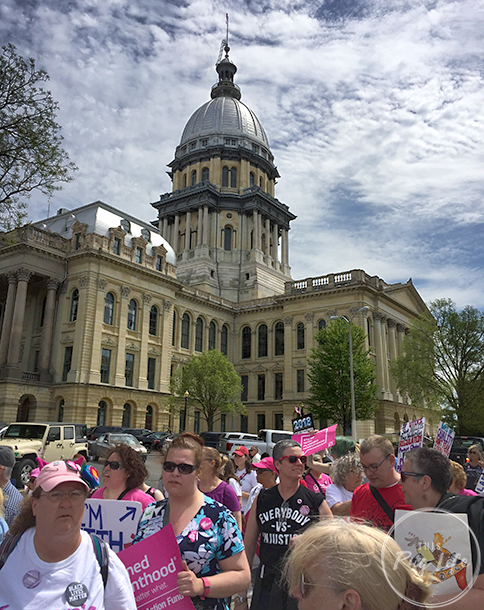 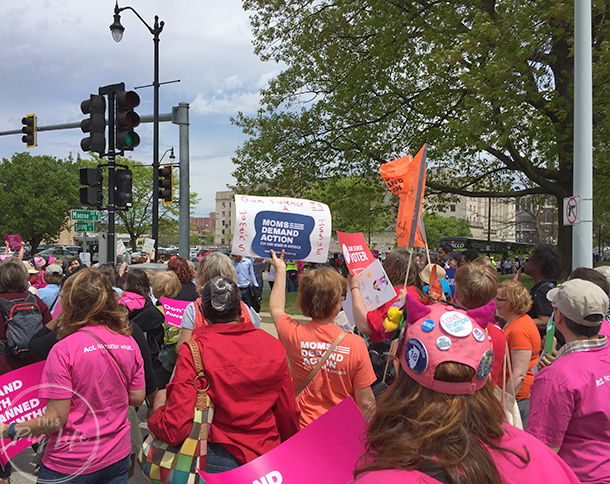 The “march” was just around the building itself, and we headed inside afterwards to visit our individual representatives. 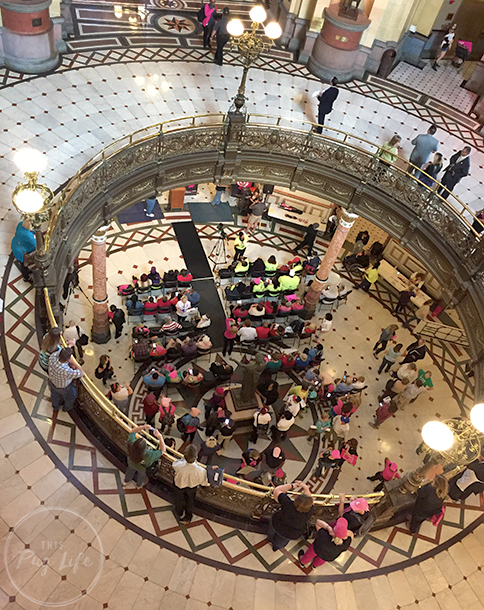 While we were there, a debate and vote was happening on one of the bills we supported. It was a great feeling to hear that it had passed the House on the same day we packed the rotunda and chanted for it’s passage! 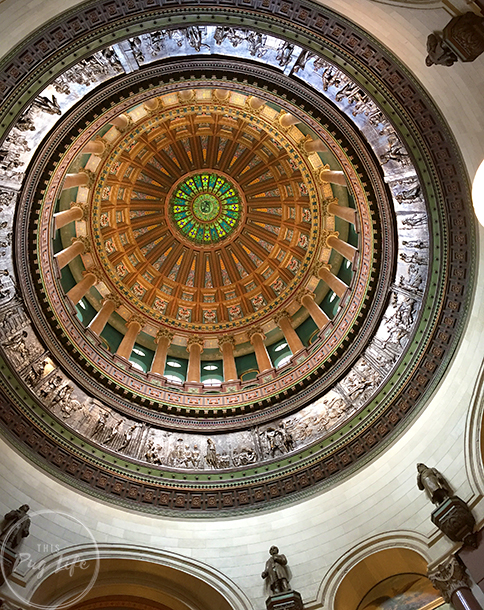 And since my state senator was on the third floor of the building I got a chance to appreciate all the beautiful details of the rotunda. 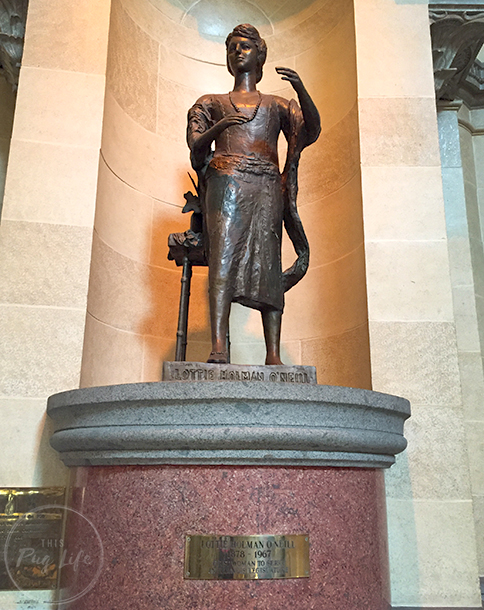 As well as this inspiring statue of Lottie O’Neill, the first woman to be elected to the state legislature, just two years after women gained the right to vote in Illinois! Women like Lottie paved the way for women like me, though it’s exhausting to think that we are still fighting for many of the same issues – civil rights, public schools and worker’s rights. 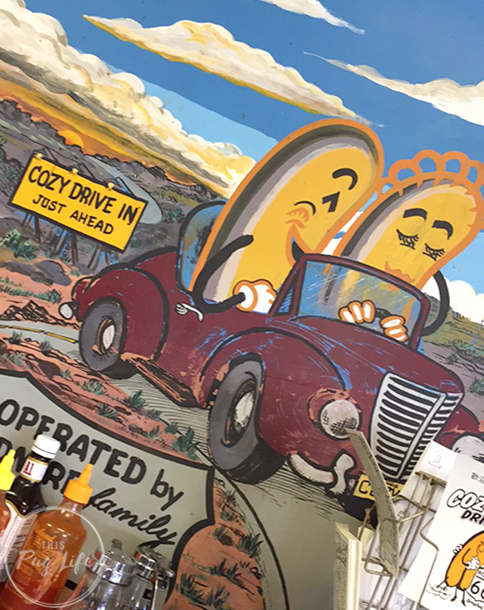 Finally, a trip to Springfield wouldn’t be complete without lunch at Cozy Dog Drive-In. We even ran into some fellow marchers from a different part of Illinois making the same pit stop! 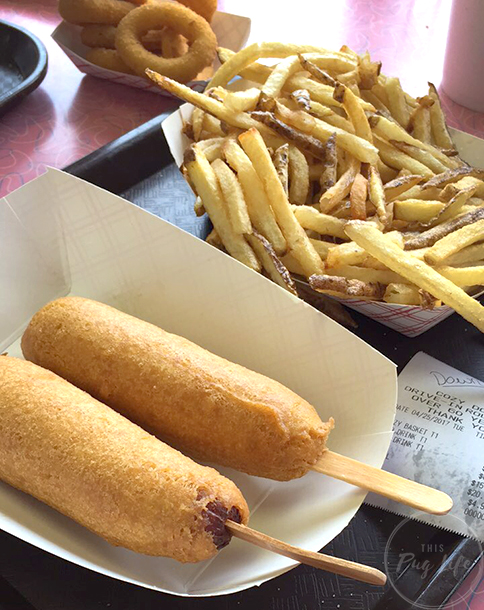