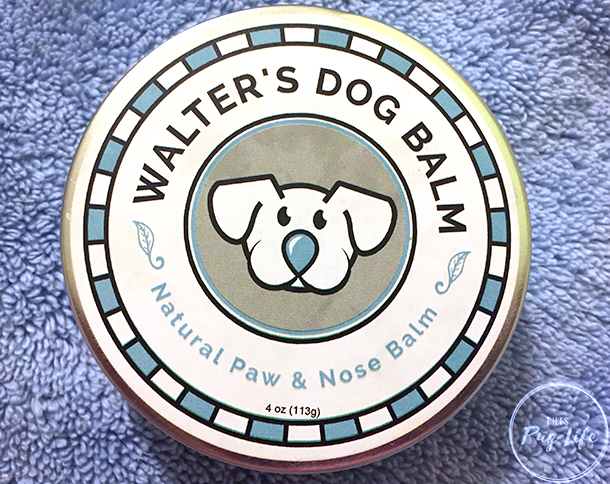 As some of you know, Pug suffers from hyperkeratosis on his nose. This basically means that he grows a lot of extra skin, which makes his nose looked a little deformed, dry and cracked. Kept moisturized, the excess skin will slough off, but without constant attention it will grow back. With that in mind, when I was contacted by Walter’s Dog Balm about their natural paw and nose balm, I knew it was something Pug could use! 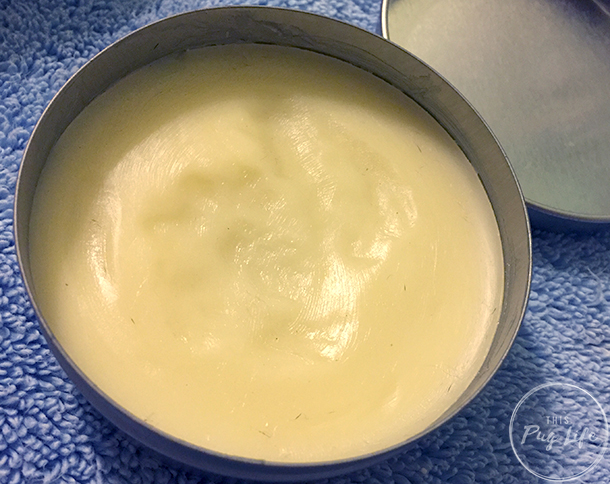 Walter’s Dog Balm contains just four ingredients: sweet almond oil, beeswax, shea butter and vitamin E. It has basically no scent, which I believe kept Pug from wanting to lick it off. I’ve used other things in the past, and even with just plain coconut oil he would lick it off or rub his face. He didn’t seem to notice the Walter’s Dog Balm at all!

To give a proper test I let Pug’s nose get a little rough and dry before starting to use the balm. 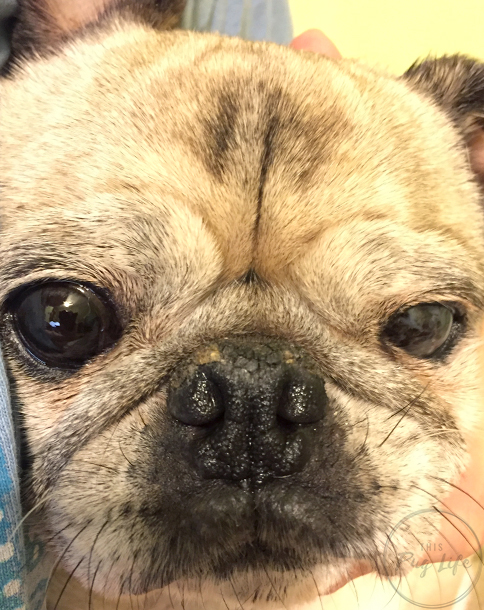 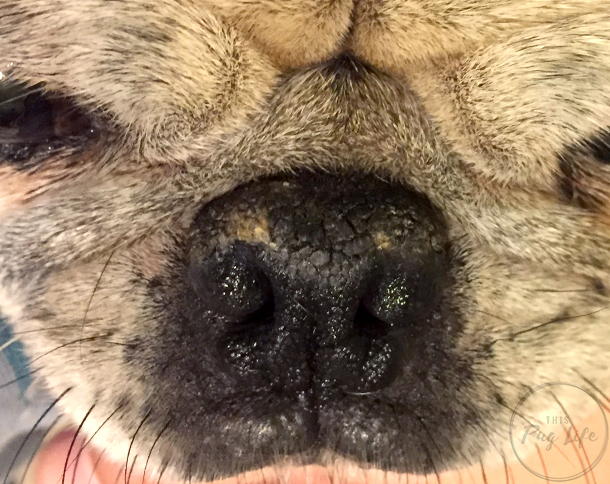 I’ve been using it for a few weeks now consistently and as you can see, the extra, rough skin is now gone. 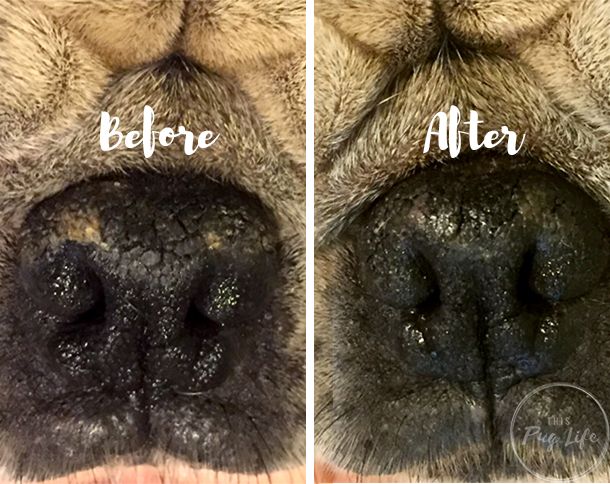 Now that his nose is back to normal, I just apply a thin layer each night before bed. At $12 for a 4oz tin, the Walter’s Dog Balm is a good value and I expect this tin to last a good amount of time. I’ve only made a small dent and I’ve also been using it on Pug’s front elbows where he had started to develop some “elephant skin”. After several days use, they were less dry and the bumps were gone. 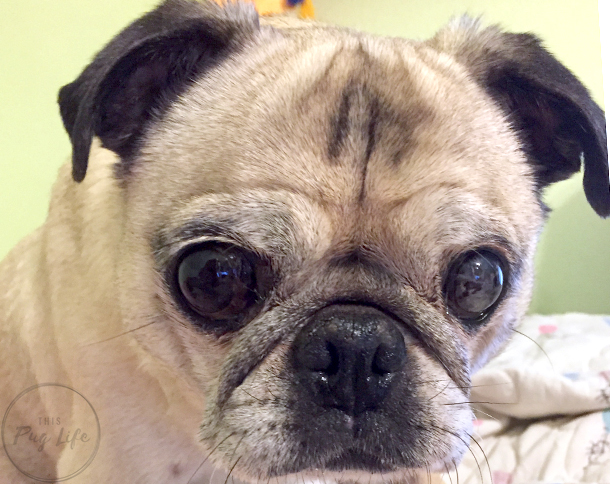 The balm can also be applied to rough paw pads, which frequently occur during the summer from hot pavement. Pug’s paw pads weren’t especially dry but I did apply some just to test it out, and it absorbed quickly, without leaving any residue on the floor or in the bed. Rough, cracked paws can become quite painful so a balm like this can be used as a preventative too.

If you’d like to purchase Walter’s Dog Balm, the first 200 users will get 40% off of two cans with my code: PUGLIFE

One lucky reader will also WIN two cans of dog balm courtesy of Walter’s Dog Balm. Keep both, or donate one to a friend or your favorite shelter!