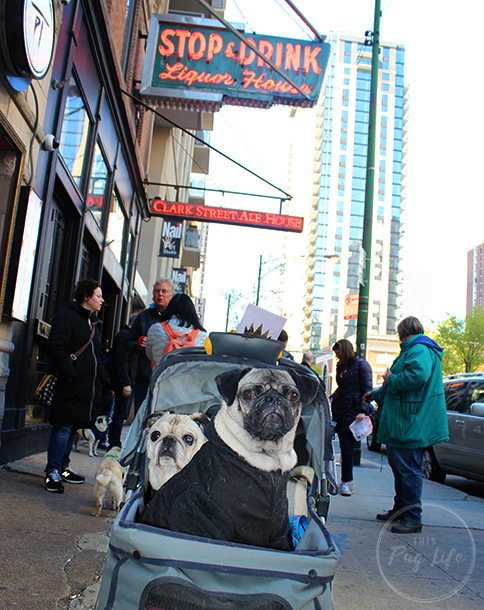 The second public event of the weekend was a pug rescue fundraiser at Clark Street Ale House. Clark street donated the space, and since they don’t serve food, dogs are allowed inside the bar as well as outside on the patio! There were some really awesome raffle prizes up for grabs (sadly, I didn’t win any!) and the event raised $4,700 for MOPS Pug Rescue and Northern Illinois Pug Rescue and Adoption (NIPRA). $1,000 of that alone was raised by Tuesday’s Ties doing a pre-sale of her adorable #PugsTakeChicago bow ties. You’ll notice them on lots of the pugs in my photos. 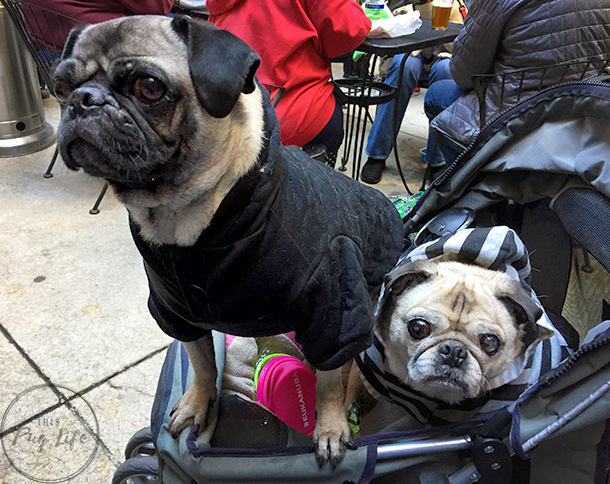 The inside was packed so I maneuvered the stroller out to the patio. Since it was shady, it was a bit chilly back there. Luckily I had packed the boy’s hoodies just in case. Pugs is normally not thrilled about wearing clothes but even he was thankful for the warmth. 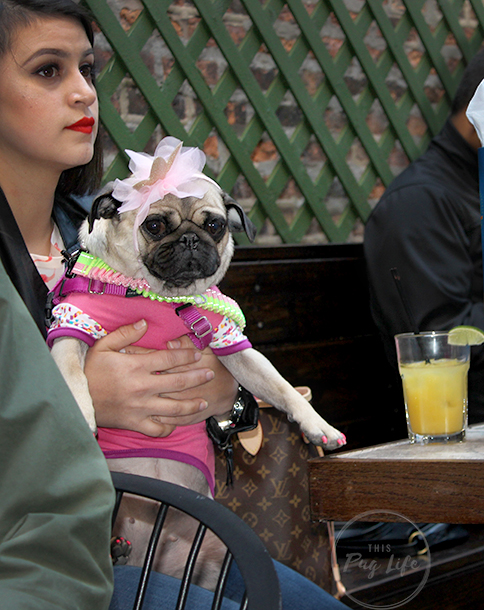 Sadly I can’t remember this little puggy’s name but it was her birthday and her mom even had little favor bags to hand out to the other pugs. So cute! 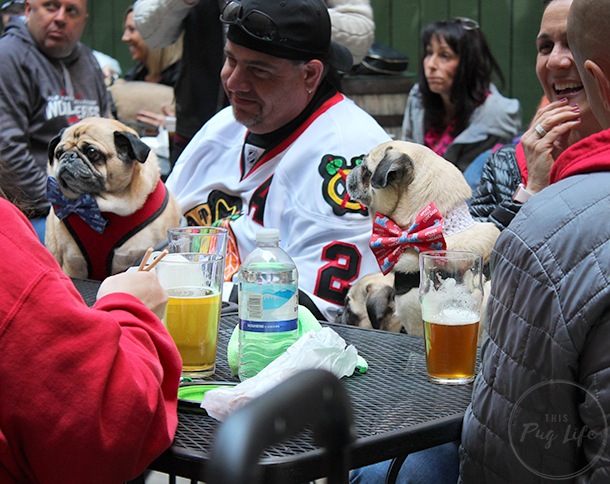 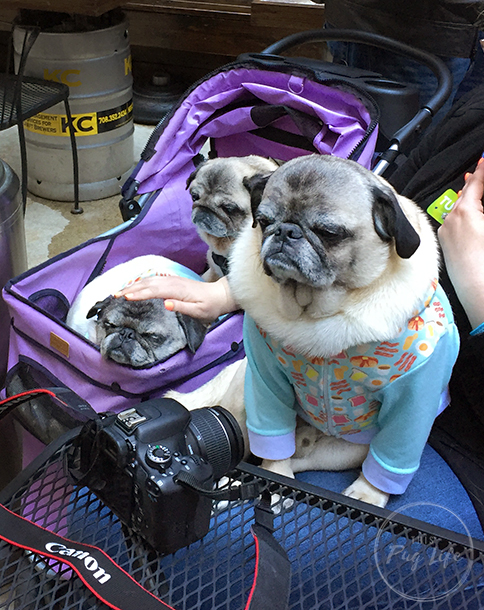 After spending two hours at the dog park, a lot of pugs started crashing! 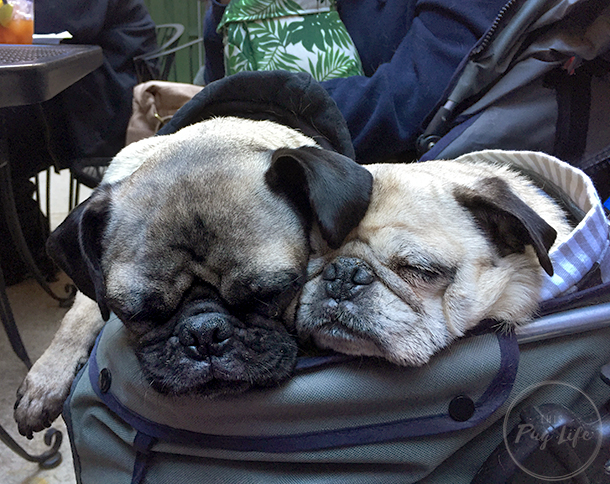 Including Pugs and Pug. So tired they even cuddled. 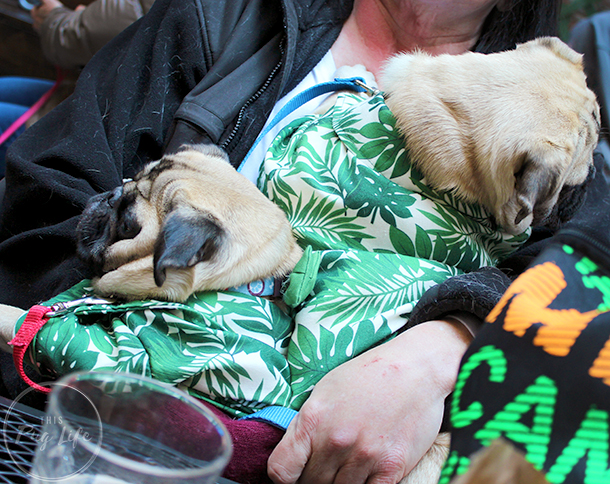 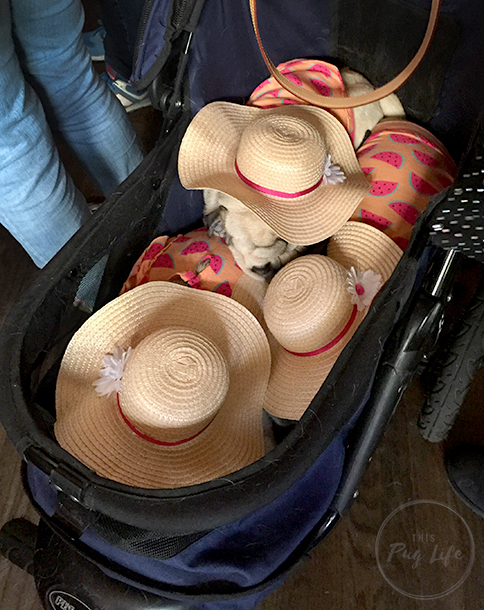 The poor Pugdashian sisters passed out with their party hats still on. 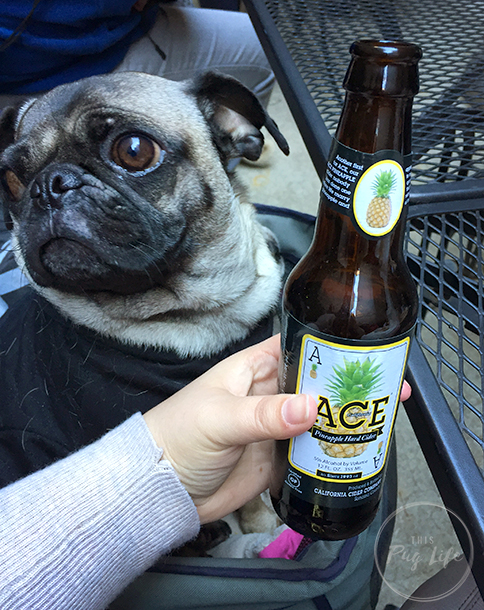 I’ve been on a cider kick for the past few years, and Clark Street had a huge selection – this pineapple cider paired perfectly with the Asian fusion quesadilla I got from Seoul Taco next door. 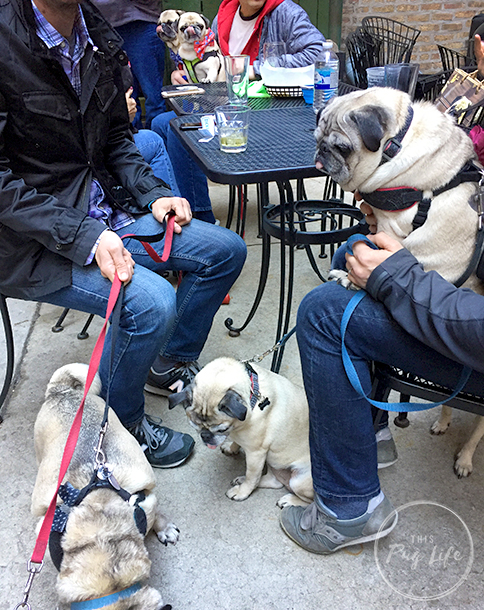 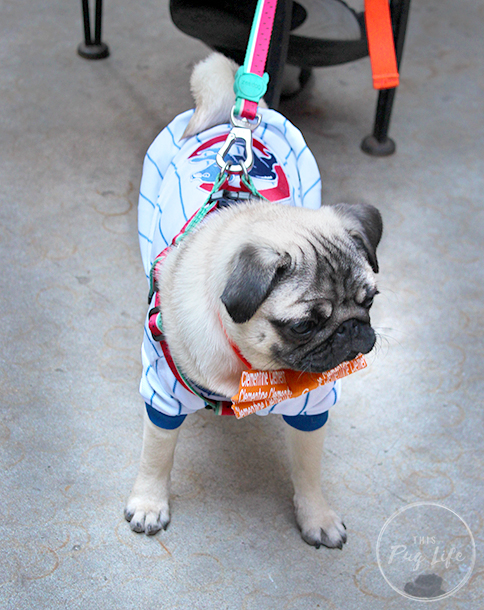 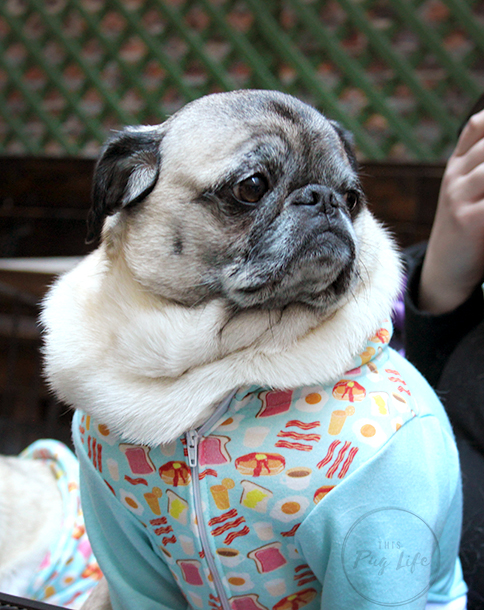 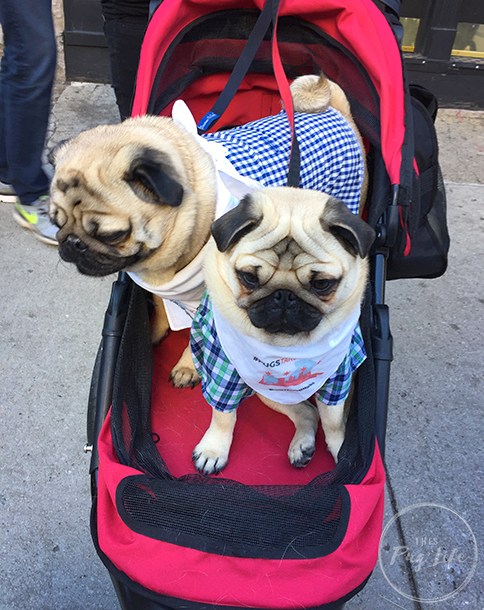 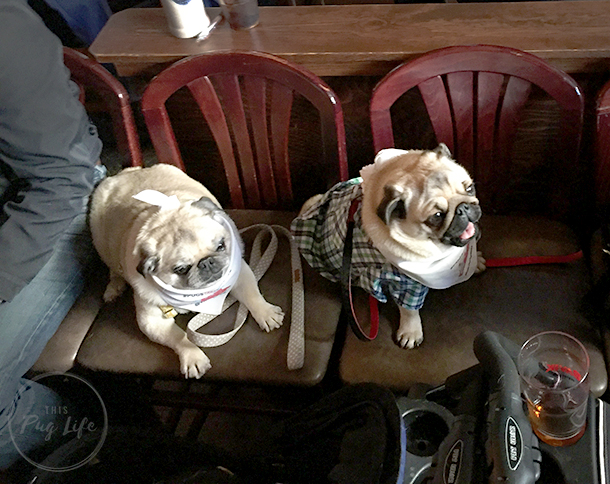 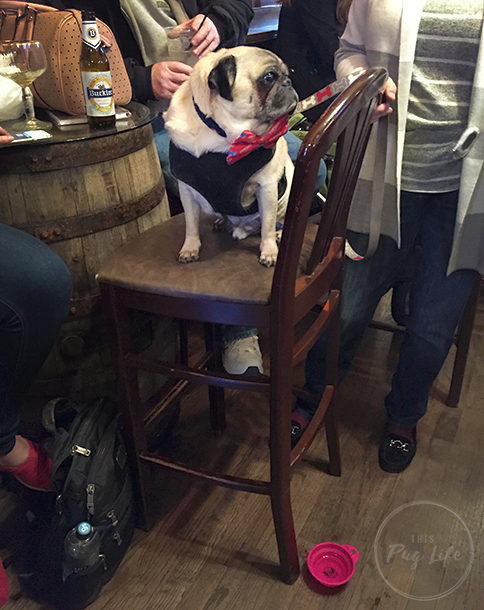 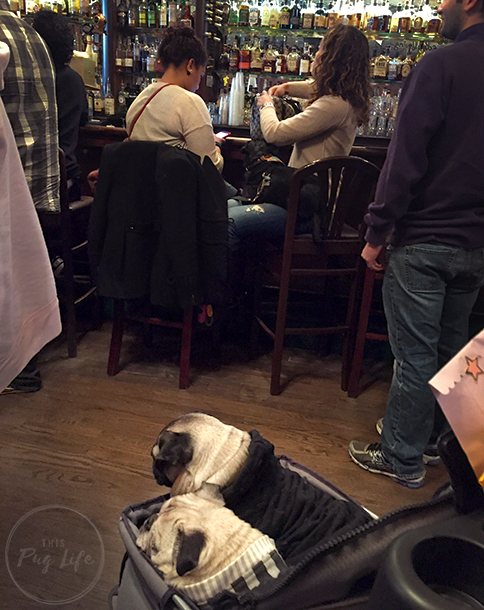 After the party at Clark Street we headed back to the hotel for one more event – Pug Prosecco Hour at the Hotel Allegro. That post will be up next, stay tuned!