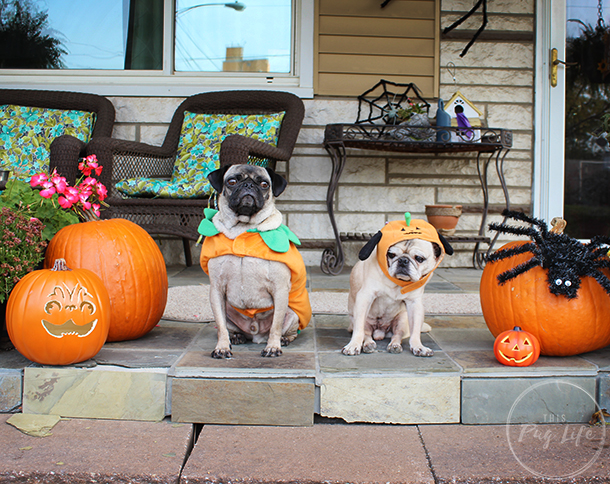 Since it was too hot to wear costumes at our first Halloween event we had to live it up this week. On Saturday we attended a fall festival in our town and then the boys dressed up again to hand out candy. 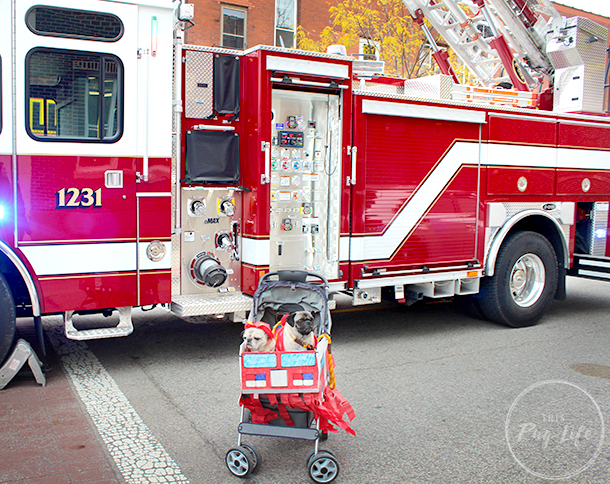 I knew the fire department was going to be at the fall festival so I had to break out the firetruck stroller wrap and costumes. But, I only have one firefighter costume and two pugs. I had to improvise so I found a red children’s apron from Dollar Tree, cut a head hole and added some yellow felt stripes. Since Pugs didn’t tolerate the costume’s hat anyway Pug wore that. If you looked closely you could tell it was a little janky, but since he was sitting in the stroller the whole time Pug’s fire poncho worked out great! 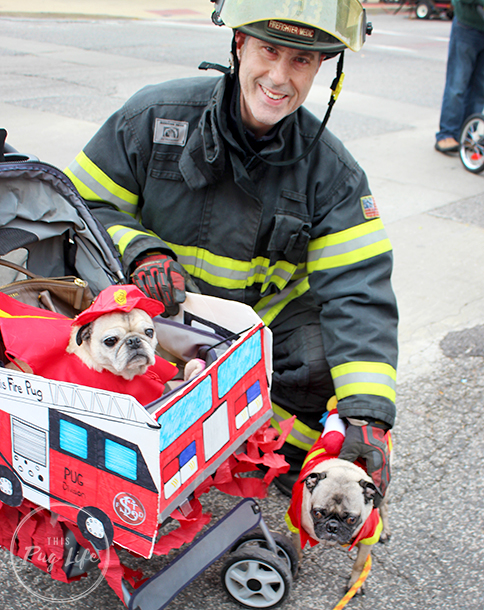 The pugs are always popular with kids but they were especially enticing dressed as firefighters! 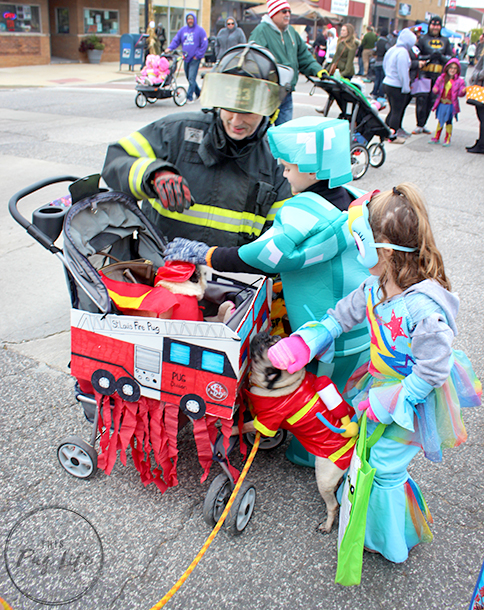 I had to really be patient not to tell these kids to get the heck out of the way so I could get my long awaited photos with the firefighter. Move it, children! 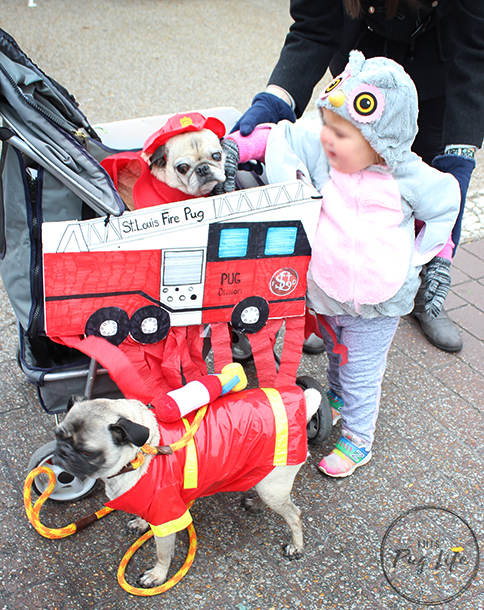 We also got to see my birthday twin who was very excited to see her pug friends. This was the first time she’s met Pugs when she wasn’t in a carrier so she got to interact with him. 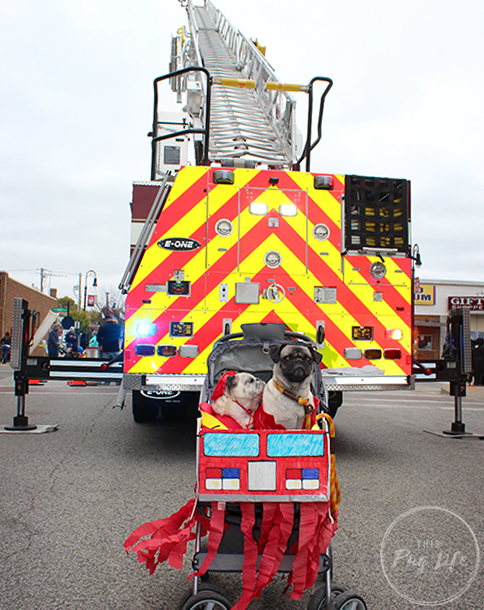 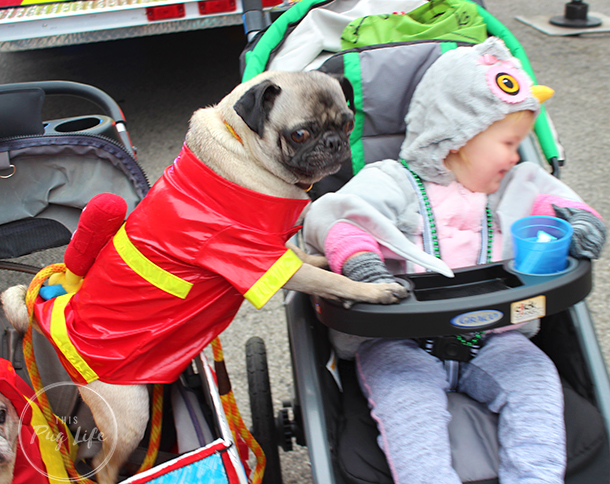 And Pugs being completely shameless literally tried to steal candy from a baby while posing for these pictures. She cleverly moved her candy cup from the left cup holder to the right. Ha! 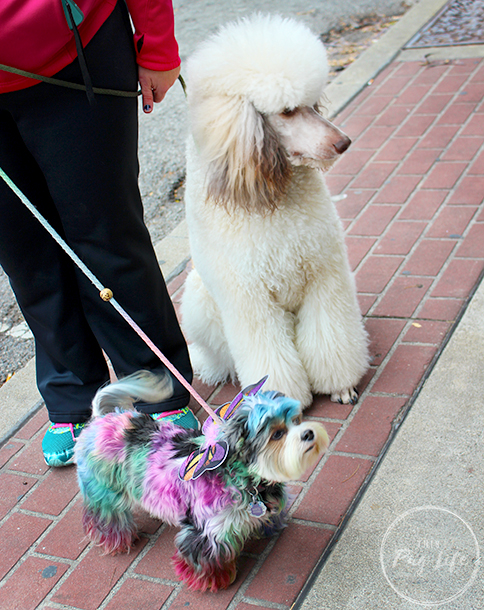 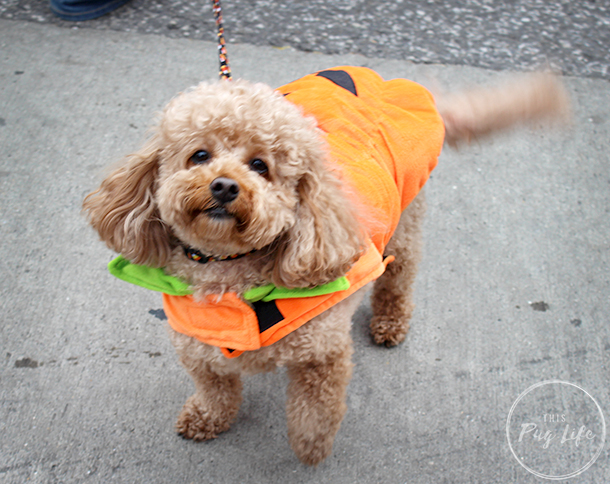 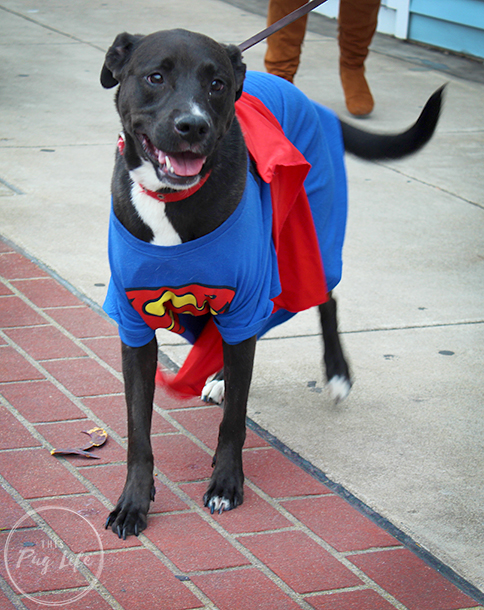 Naturally, since it was 87 degrees for our first Halloween event, it ended up being 37 degrees for this one. The poor pugs were shivering and there was over an hour left until the official pet parade started, so I ended up just getting a few pictures of the dogs already there and heading home. 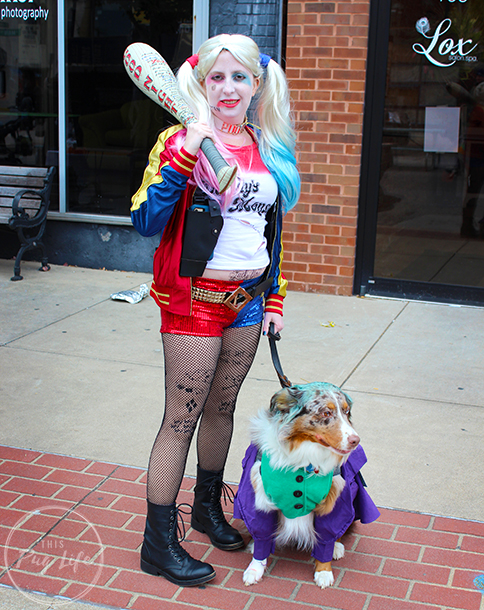 Then, for Halloween night we went full pugkin! The boys wore their pumpkin costumes and I finally fulfilled my dream of carving a pug jack o’ lantern. I even bought an artificial pumpkin (for 70% off to boot) so I can keep it forever. The pattern I used is from the uber-talented Ink Pug. 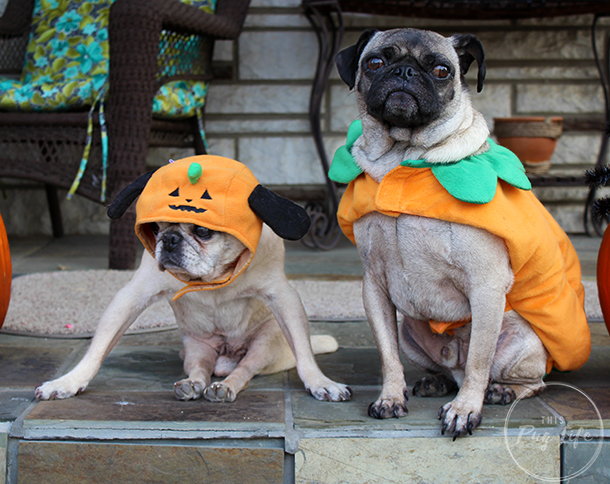 « Riding in Style with Molly Mutt » The Long Goodbye