Blind is the New Black 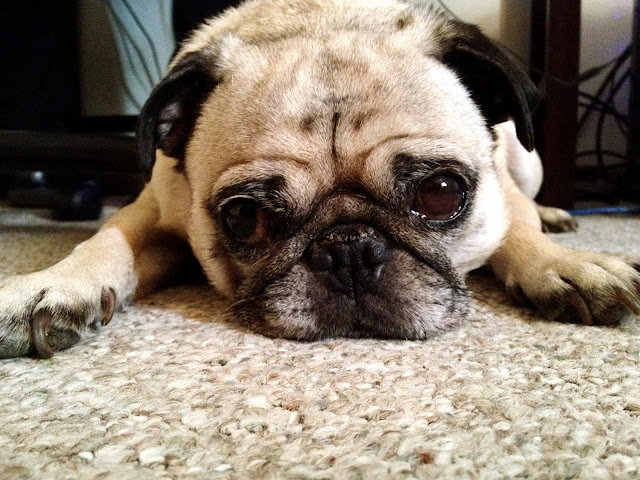 Pug is officially blind in his left eye. About a month ago he got into a scuffle with my mom’s pit mix. I use the term scuffle loosely since clearly flat-face up there had no chance in that fight. I didn’t post about it then since it was kind of traumatic for all of us. They’ve been around each other for years and it’s just one of those freak things that happens sometimes with dogs.

Pug got stitched up and we were monitoring his left eye, which had a detached retina. Buggy pug eyes don’t do well when pressure is applied to their neck (so FYI, if you have a pug a harness is best!). The vet thought there was a good chance it would re-attach and he’d be back to normal.

Here he is convalescing with a new bed and blanket from the boyfriend. 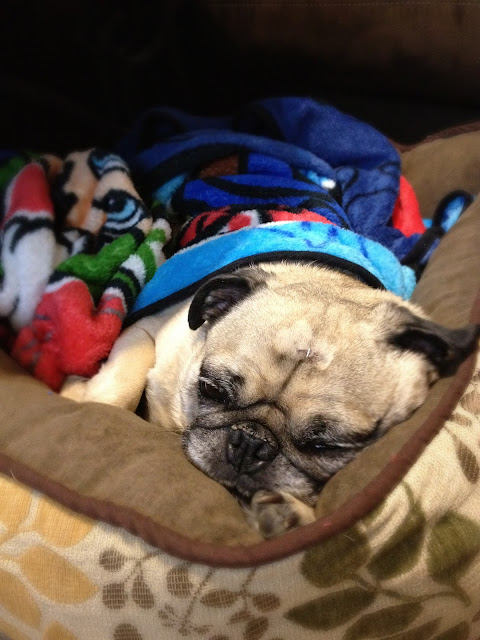 Things were progressing nicely until this weekend when his apparent lack of vision caused him to take a flying leap off the top of the stairs. I guess dogs don’t have the foresight to think “I’ve only taken one step, I can’t be at the bottom already”.

After his tumble, his mostly healed eye now looked like this. Warning: kinda gross. 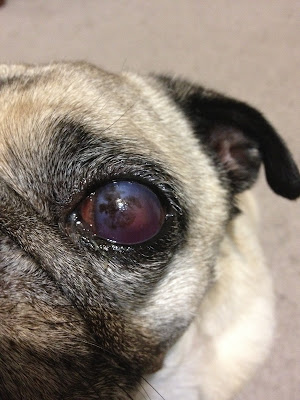 A trip to the vet on Saturday revealed that his retina was again detached and he didn’t think there was any chance of it healing this time.

The good news is, it has only been a few days and he’s already adjusting wonderfully. There was a lot of bumping into furniture for the first couple of days, but he seems to be basically back to normal now.

Luckily, the rabbits around here are pretty slow, so even a pug at a disadvantage has a shot. 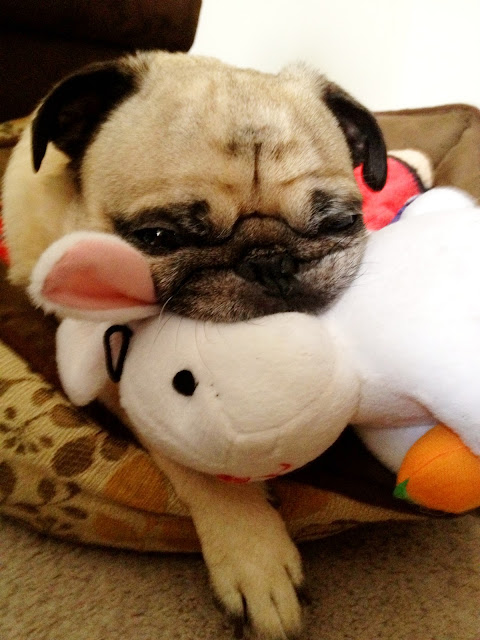 « Fighting Back Against Pinterest Spam » Pug is That Guy (AKA: The Story of Pug)