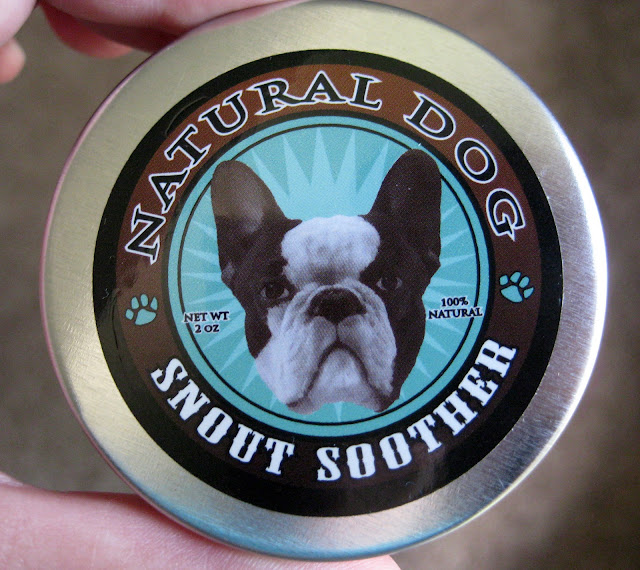 Pug has had a funky nose since I found him. I just thought his nose was weird and didn’t think much of it. Then, I saw a post from The Daily Puglet about “nose funk” which apparently is an actual condition called nasal hyperkeratosis.

I first tried using Vaseline to treat it, which worked okay, but not great. I was weary of shelling out the money for the Snout Soother Puglet recommended because I didn’t think it would be that much better.

Well, I’m happy to report that I was wrong! I picked up a tin of Snout Soother last week and I am so impressed with the results. Just look at the before and after: 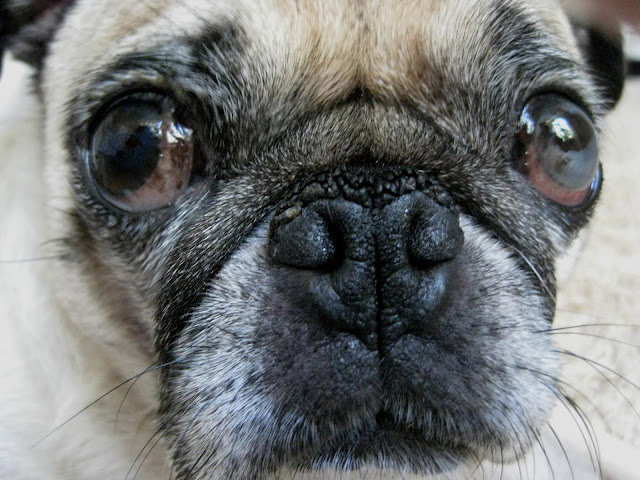 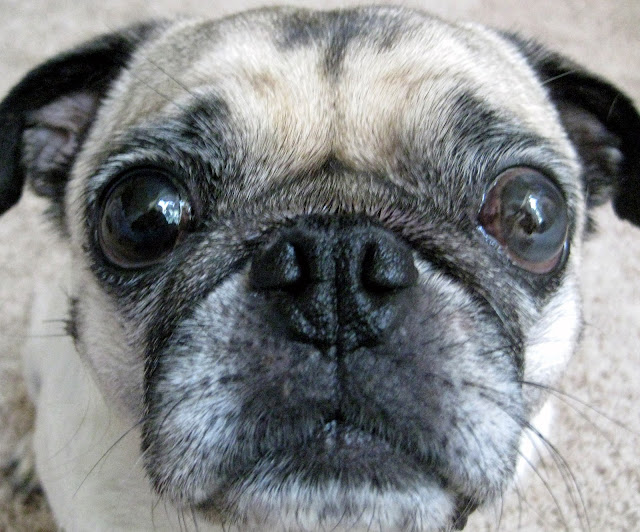 Pug’s got a whole new nose!
The only issue I’ve had is keeping him from licking it off. 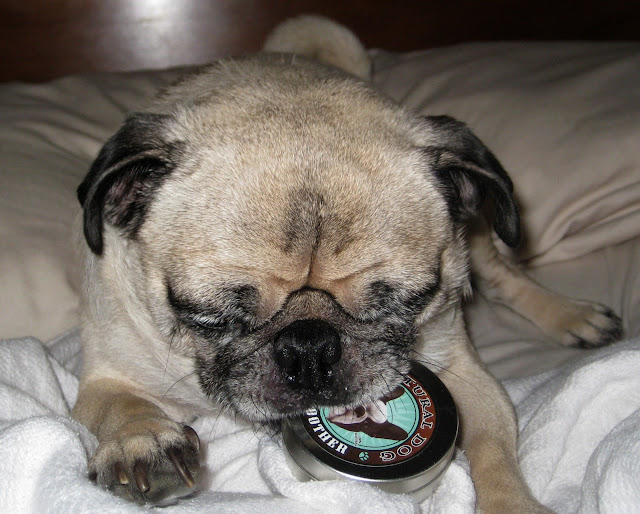