I love Zuke’s products. My dogs love Zuke’s products. And I recommend them almost daily at my pet store. As you may remember I celebrated my 1-year-blogversary with a Zuke’s Z-Bone Giveaway. So, when I was contacted and asked if I would like to participate in the Zuke’s Fuel The Love campaign and Blog Hop sponsored by the company my answer was an enthusiastic YES!

To say that Zuke’s hooked us up is an understatement. I received a large box brimming with treats, some we have tried and some we haven’t. The best part is, they’re sharing the love with my readers as well! I will be choosing 3 winners to receive a Zuke’s prize package. More on that below. 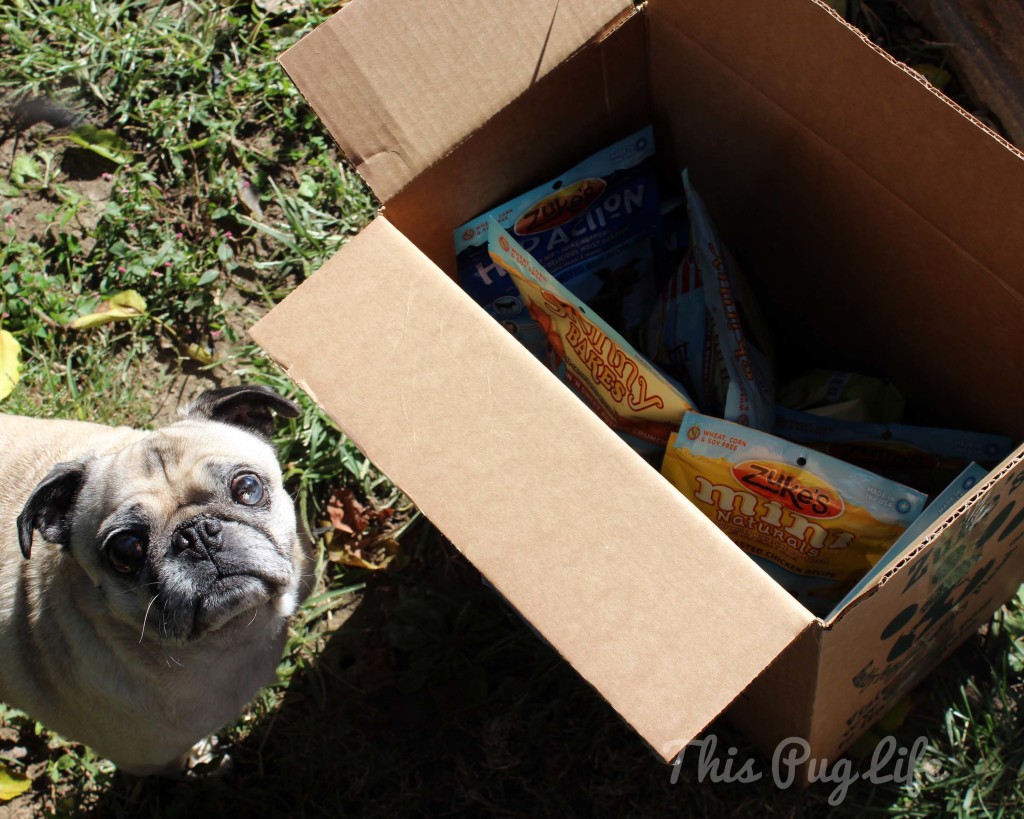 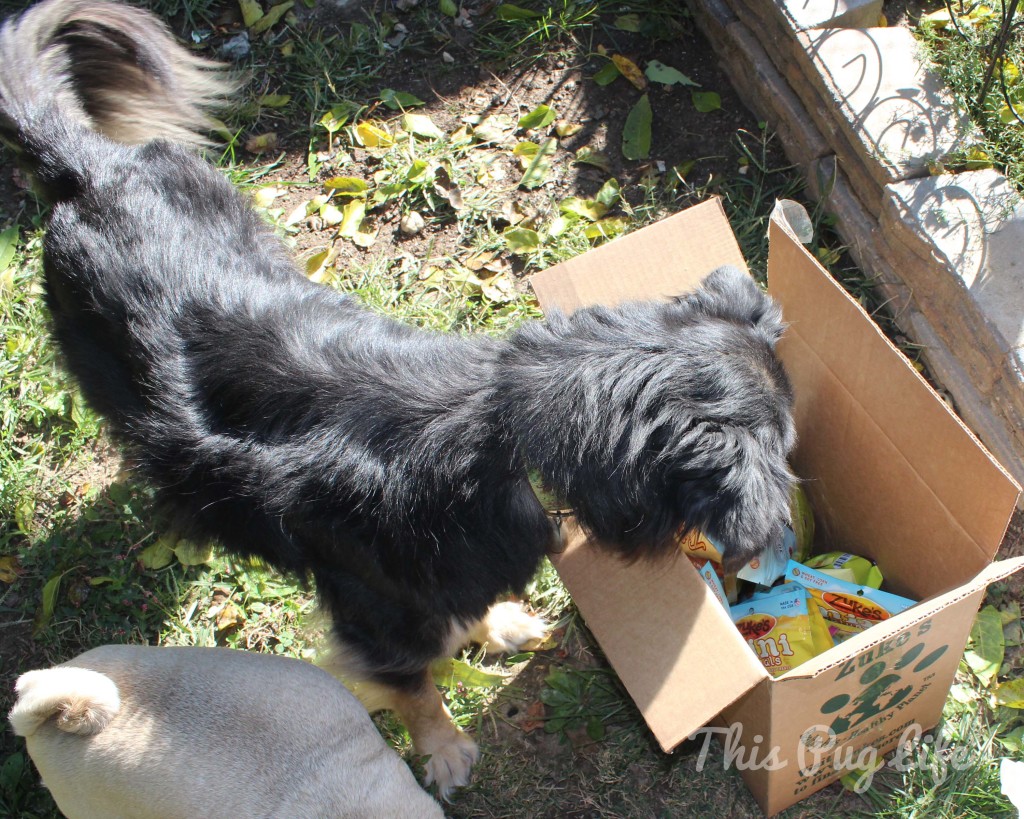 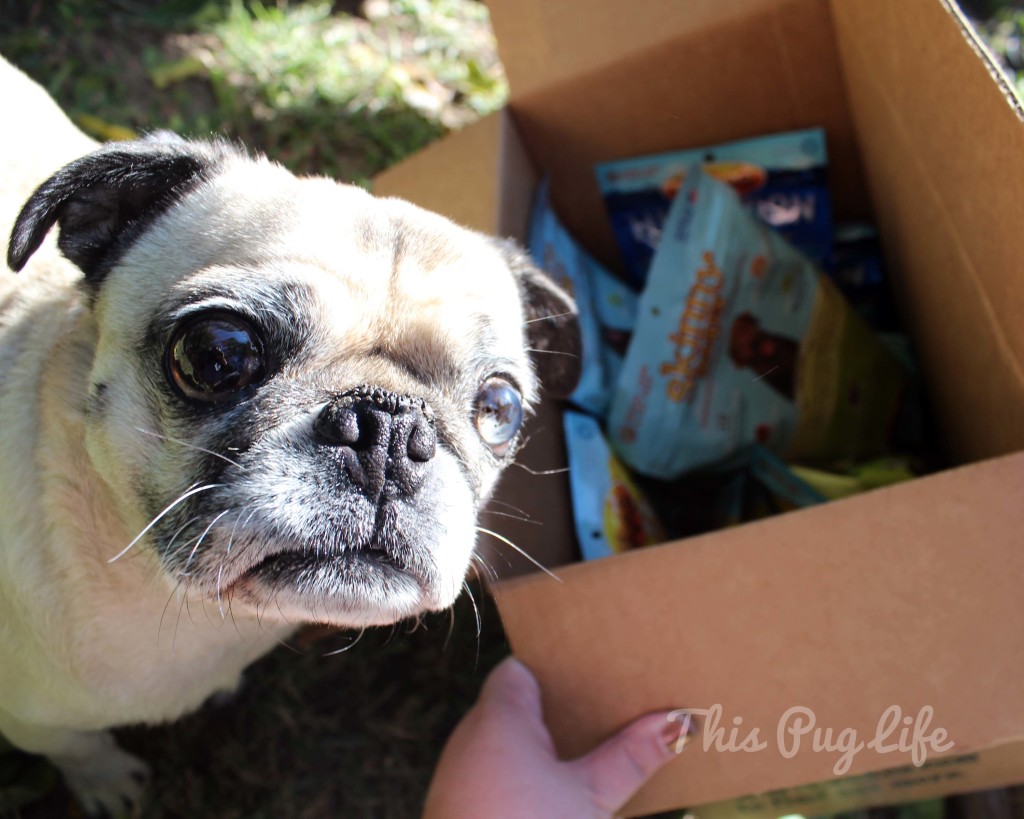 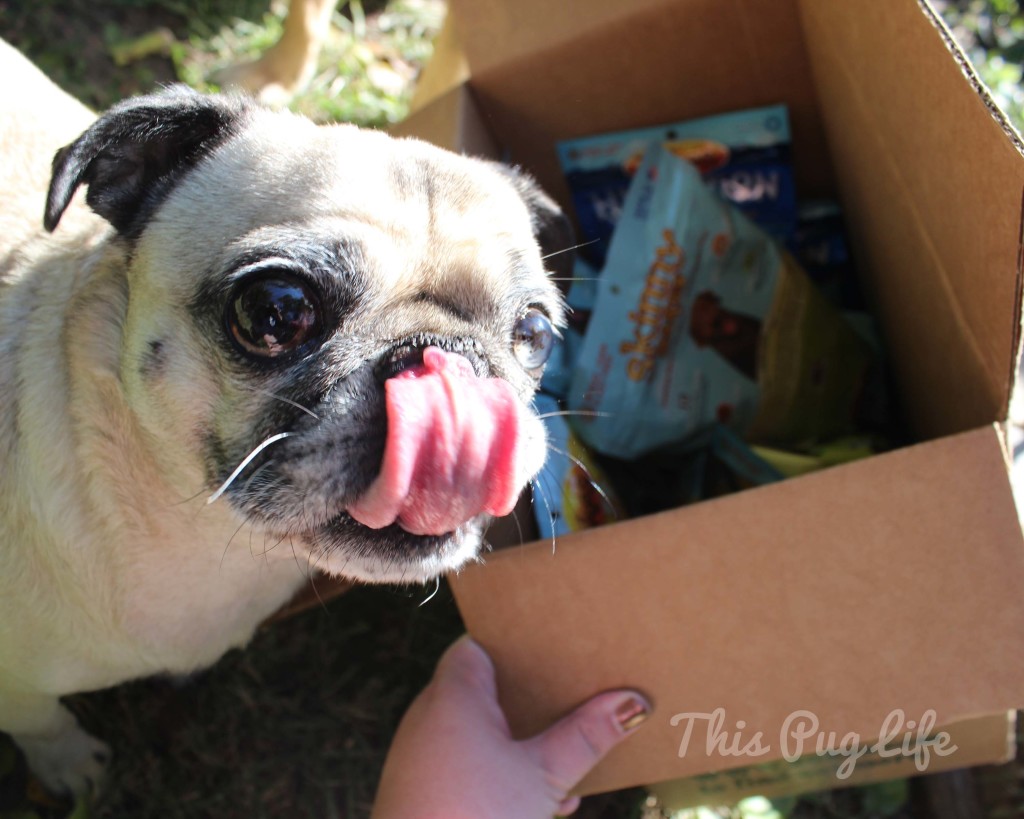 The first bag we ripped open to try was a bag of chicken Mini Naturals. My dogs have tried these before, but it’s not something I regularly buy. They work great as training treats…and well, my dogs don’t do much in the way of training. They’re good for that though because they’re small, quickly eaten and are low calorie, so you can feel comfortable giving a lot out during a training session. 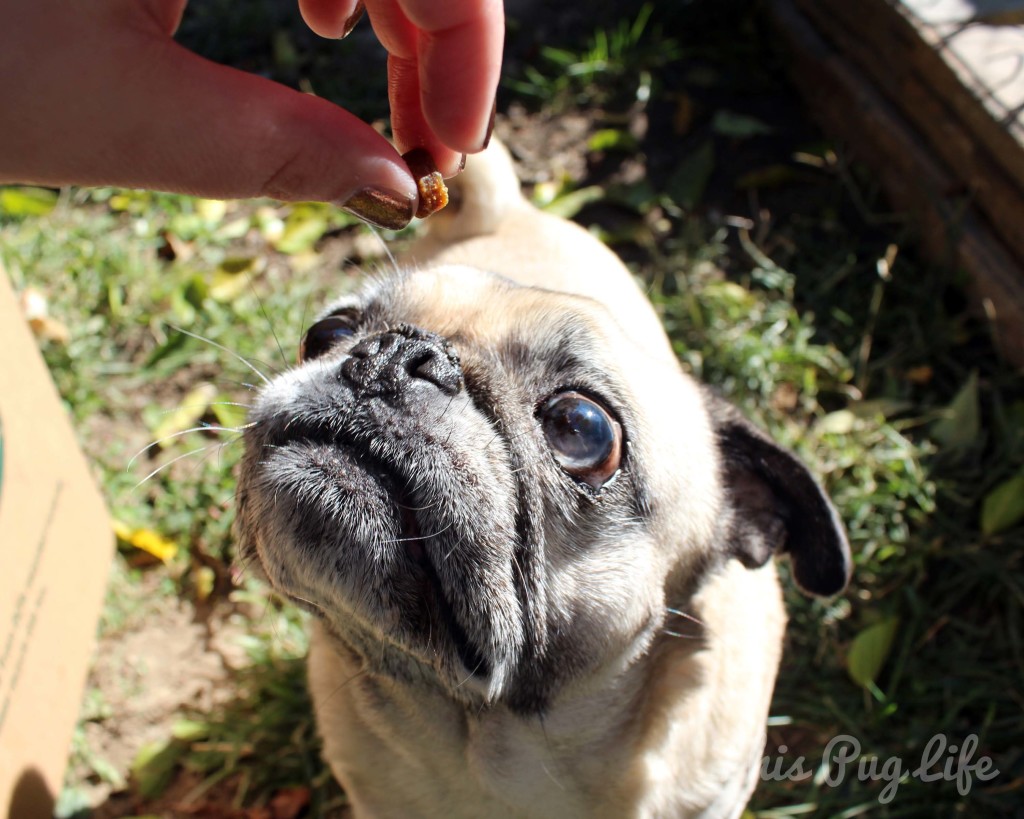 They did come in handy at the Stray Rescue Spooktacular event though, since I wanted to be able to carry some in my hand and hand them out frequently for behaving. I also shared lots with the other dogs there, and they were a big hit. That day I had the Wild Rabbit flavor. I had some people say their dogs were picky, but they didn’t turn down the Mini Naturals. 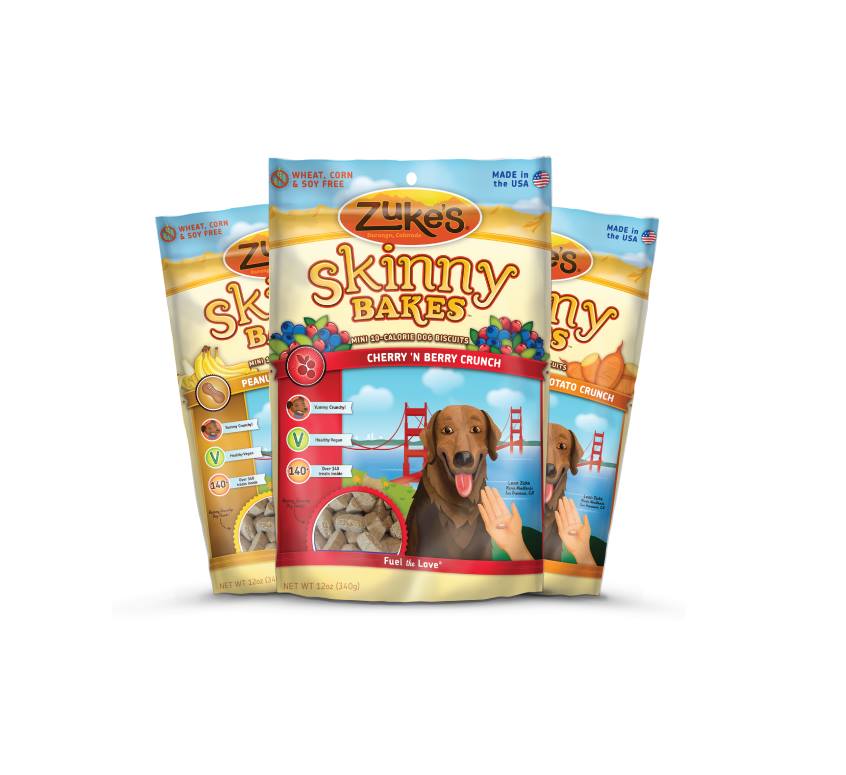 The next one I sampled were the Zuke’s Skinny Bakes. 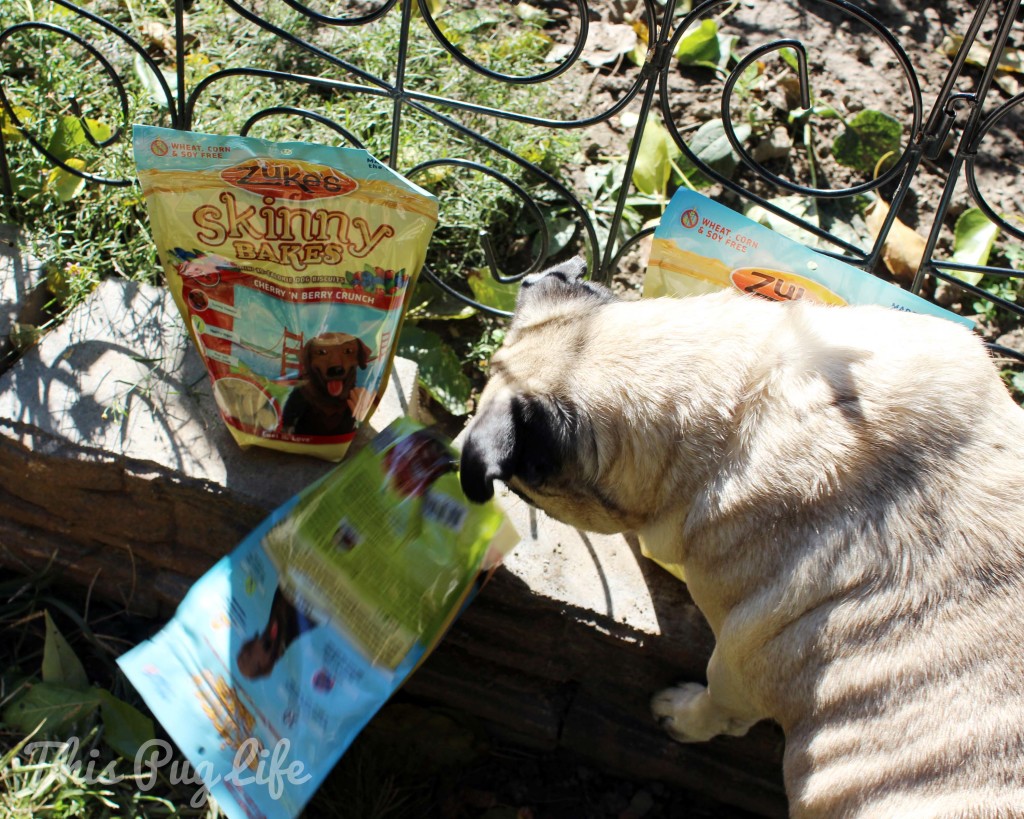 I used my mom’s brood as taste-testers for these. I opened the Cherry n’ Berry flavor first. And oh my gosh guys, the smell of these things. It’s like candy. The dogs were flipping  out because they were so smelly they knew they were getting something good. If I didn’t know better, I would have sworn they had artificial flavoring, because the berry scent was so intense. But, nope – it’s just real berries! 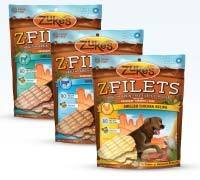 Next up are the Z-Filets. These are another one I had not tried before, though we do carry them at my store and they have been pretty popular with customers so far. I have gotten lots of feedback that they are good for training. Even though they’re big, you can easily rip off small pieces to give as a training treat. 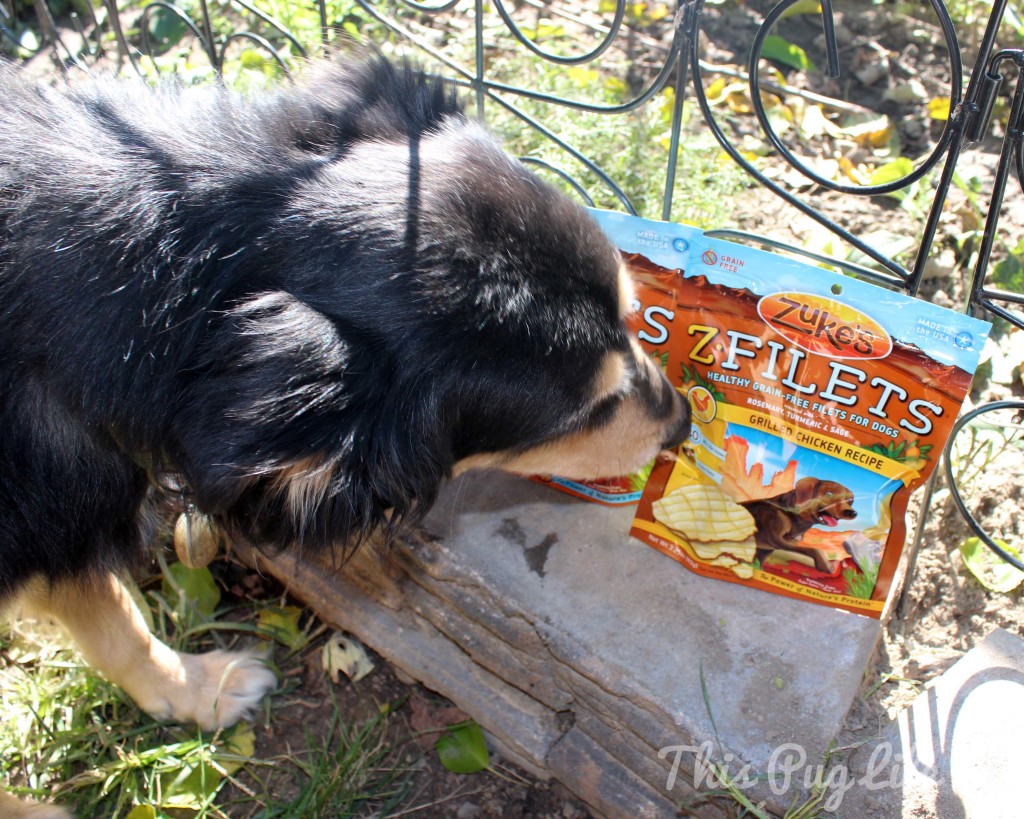 The Z-Filets are also quite fragrant, although definitely not like candy. But, the dogs certainly appreciate the meaty aroma. And unlike some other treats, they don’t have that sort of weird “dog food” smell. They just smell like meat. So, not totally appetizing for us humans, but not gross either.

In light of recent news about tainted jerky treats, it’s important to note that Zuke’s Chicken Z-Filets, along with all their other treats, are made in the USA. The Z-Filets aren’t exactly like jerky – they’re not as chewy or dry – but might be a good alternative if you’re having trouble locating a U.S. made chicken jerky. 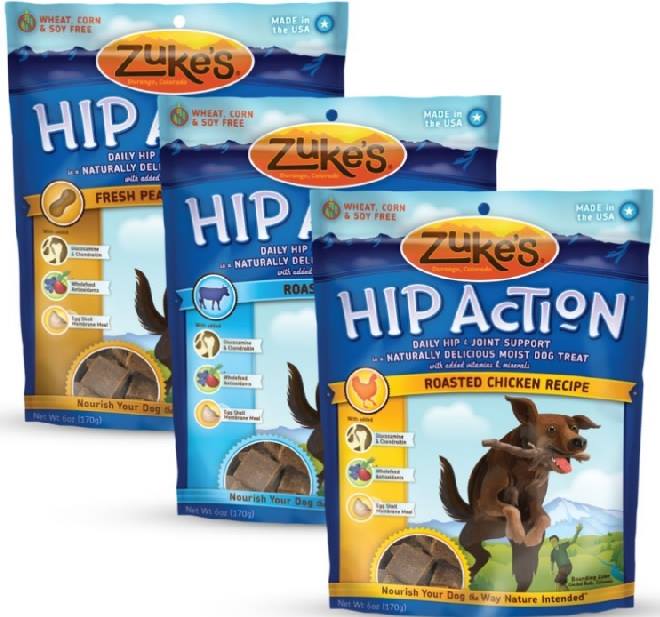 The final product is my personal favorite, Hip Action treats. I have been feeding these to my dogs for several months already. Molly and Pug are 9 and 10 respectively, and while they have no apparent signs of arthritis or other joint issues, I thought it would be a good idea to take precautionary measures at this age.

I recommend these particular treats so often at work. For people with older dogs to start a joint supplement, or in addition to their current regimen. I also think it’s a great idea for younger dogs, especially large and giant breeds that are more susceptible to joint issues.

My dogs love all three flavors, but now having tried them all, I think their favorite is the chicken.

Now for the important part – Zuke’s is giving away all the same treats they sent me, to some of you! I’m going to split the prizes into 3 prize packs, to give each winner a sample of each line of treats. So, 3 winners will be selected and each person will receive (2) Zuke’s Mini Naturals, (1) Zuke’s Hip Action, (1) Zuke’s Z-Filets and (1) Zuke’s Skinny Bakes. Please check the Rafflecopter widget for all the terms and conditions.

Enter below and good luck!