It’s been pretty quiet on the blog the past couple of weeks. Between work, illness, planning and hosting a wedding shower and my grandmother’s stroke I’ve barely had time to think much less blog. That’s why I’m so thankful for InstaFriday. I can still give a glimpse of my week through the lens of my ever-present iPhone.

So, without further ado, my week in iPhone photos and Instavideo. 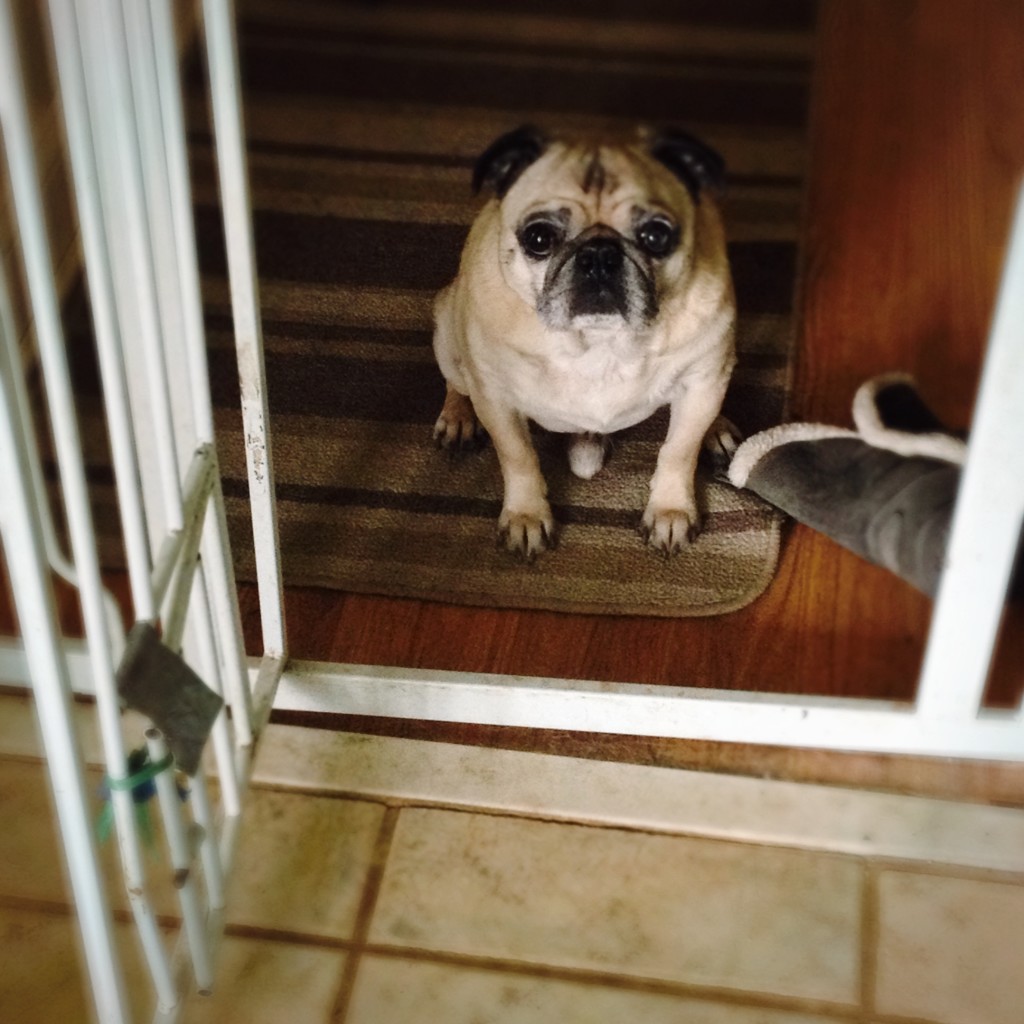 I was in the kitchen baking and heard Pug barking from the other room. Which, was odd for two reasons: he’s usually always by my side and he doesn’t normally bark much. I found him standing on the other side of this open gate. I am pretty sure he didn’t realize it was open and was barking to get through. It’s been known to happen with doors occasionally too… 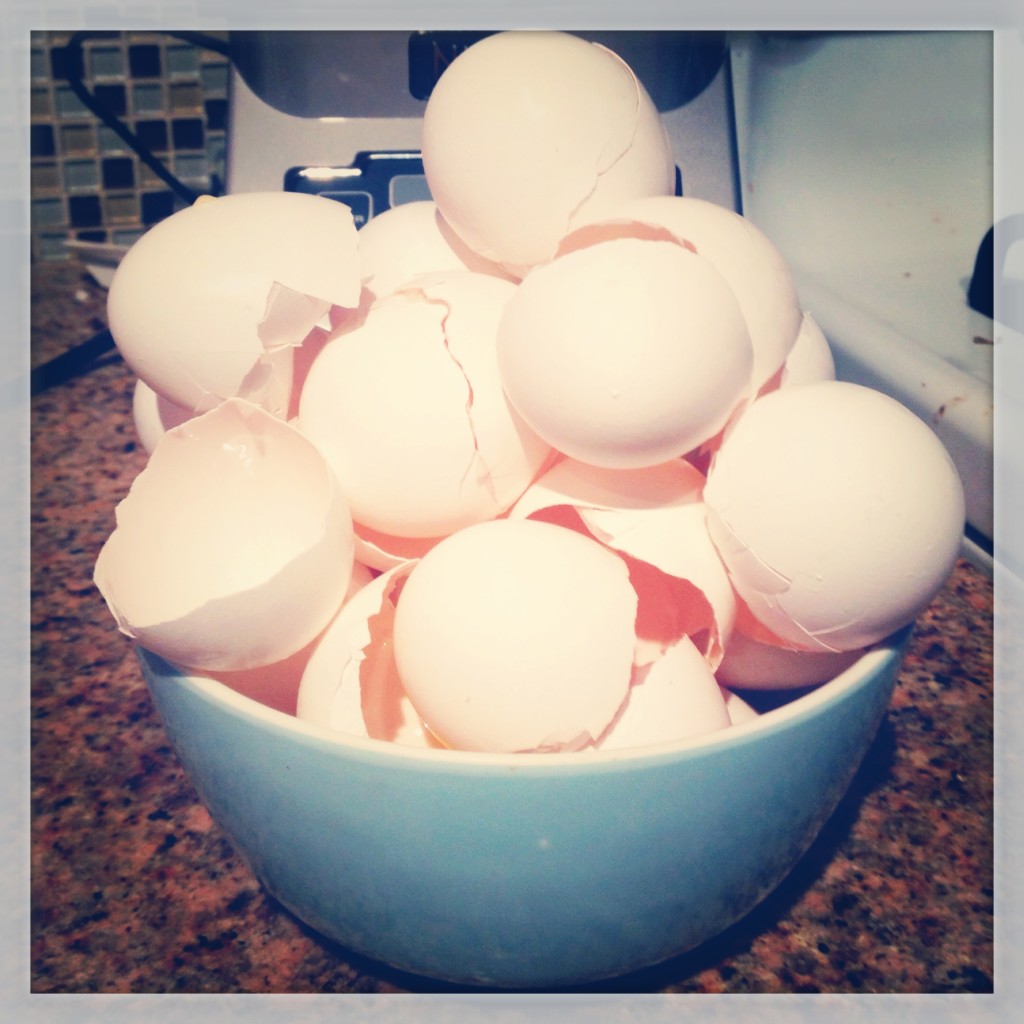 The reason I was in the kitchen. Three cakes, 80 servings. Lots of eggs. 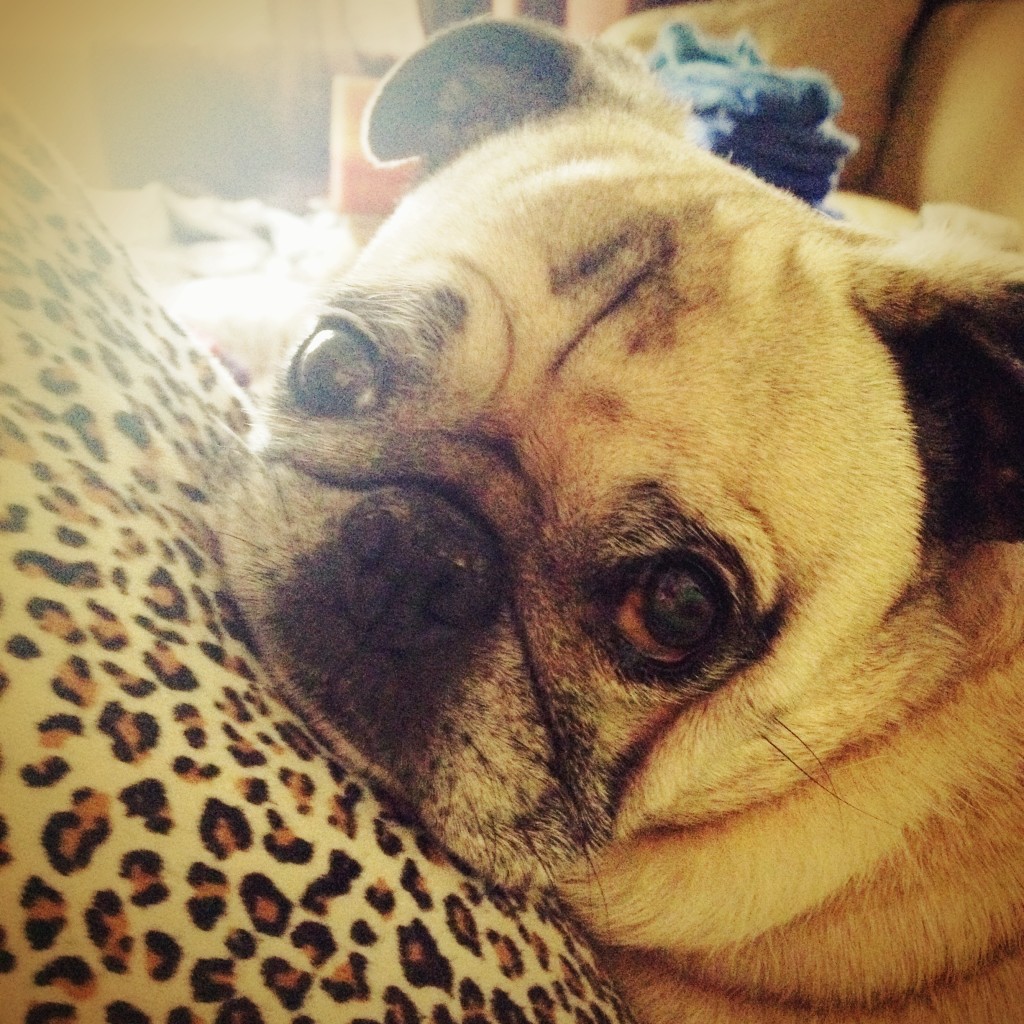 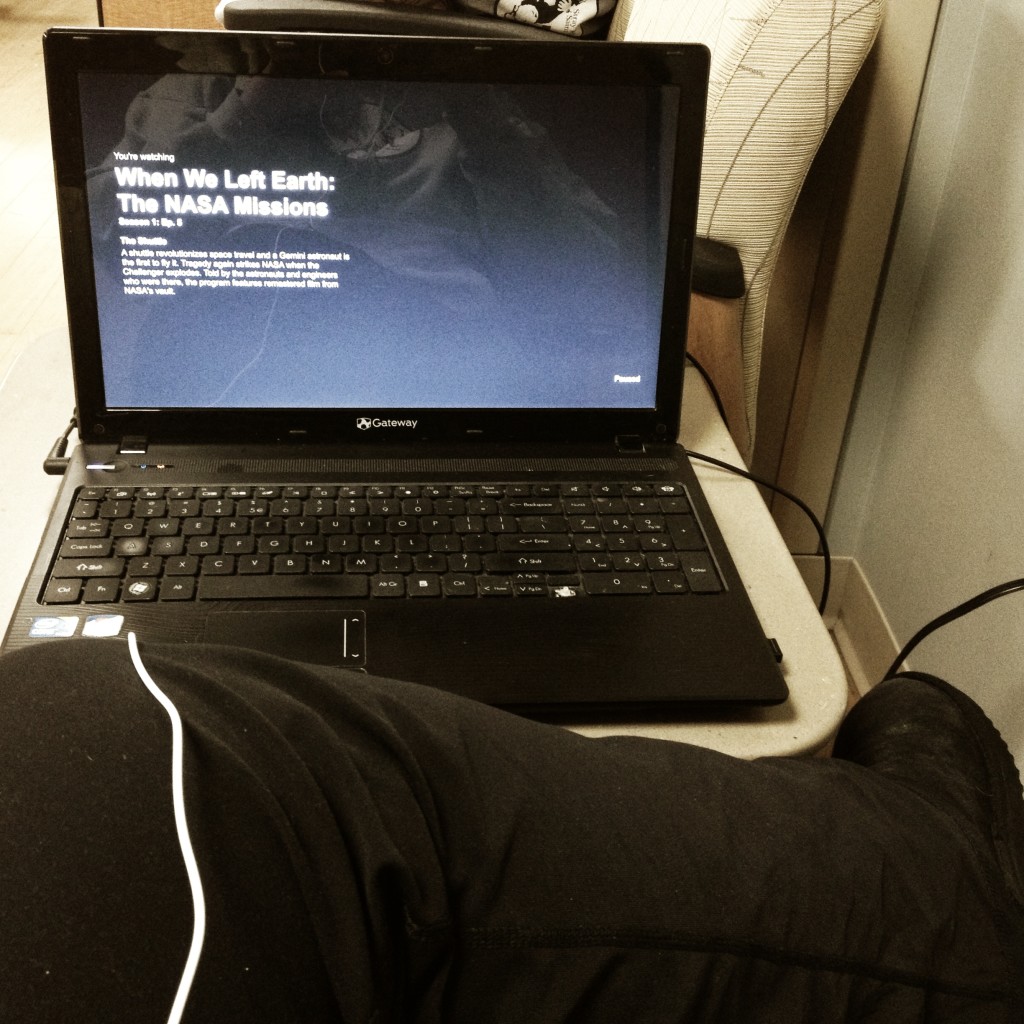 What did we do in hospital waiting rooms before free wi-fi? I can’t even remember those days, I guess I blocked out the terrible memories.

On another note, I really loved this Discovery series about NASA and was prepared to start binge watching space shows on Netflix only to find it is seriously lacking. Total bummer. 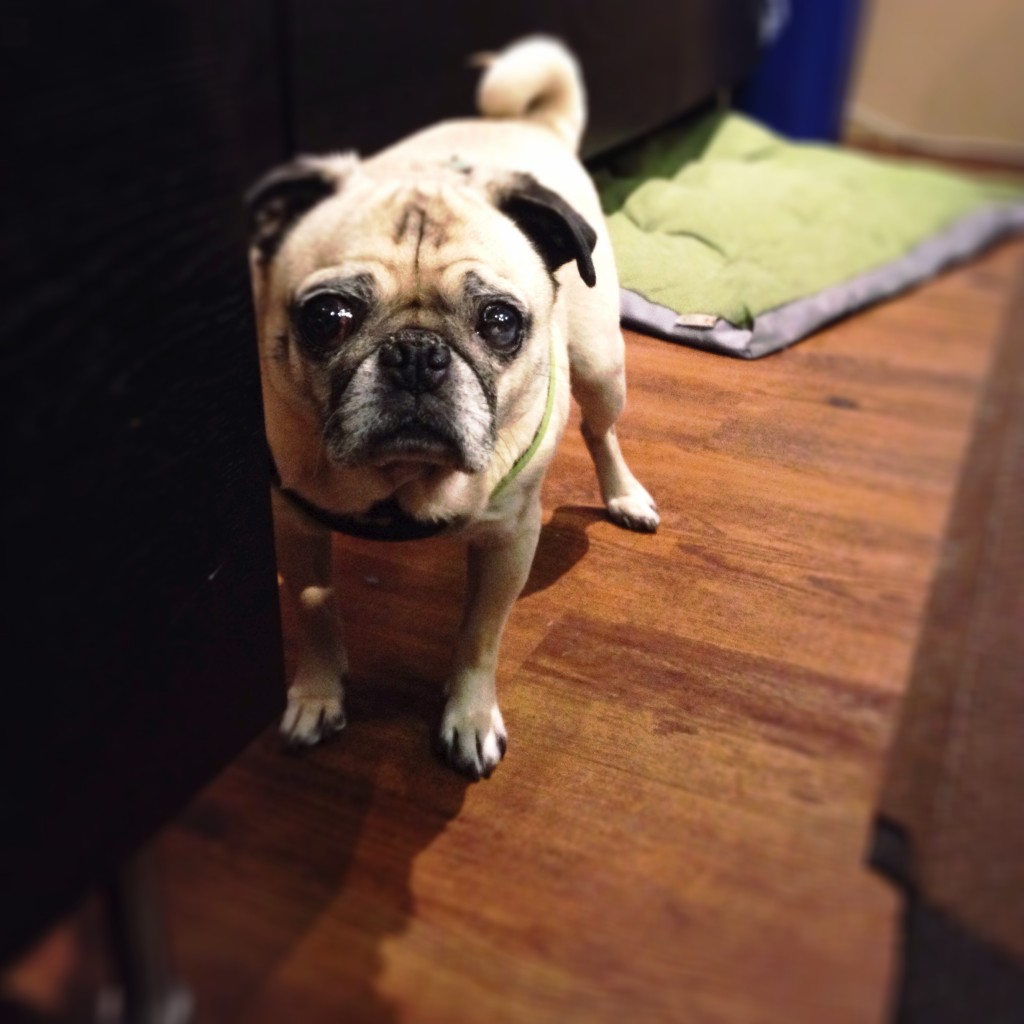 Pug has my manager wrapped around his paw. One look and she’s handing out treats. After she left, he was peering around the corner at me giving me “the look”. Luckily, I’m immune. Gotta keep him slim and trim! 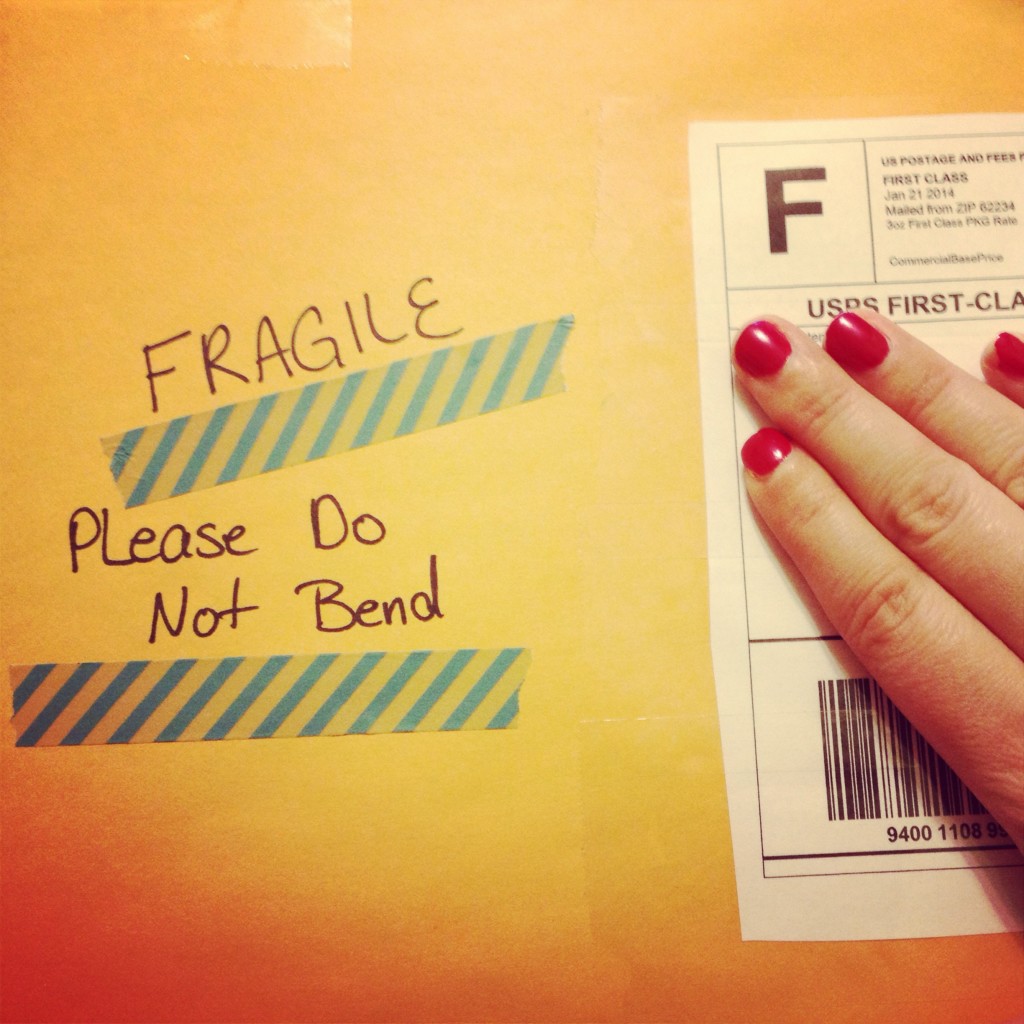 A huge bright spot in an otherwise hectic week. I sold my first digital art print on Etsy. A set of 3 in fact! Very exciting and encouraging.

Trying on Pugz boots at work. Yes, that is really what they’re called. 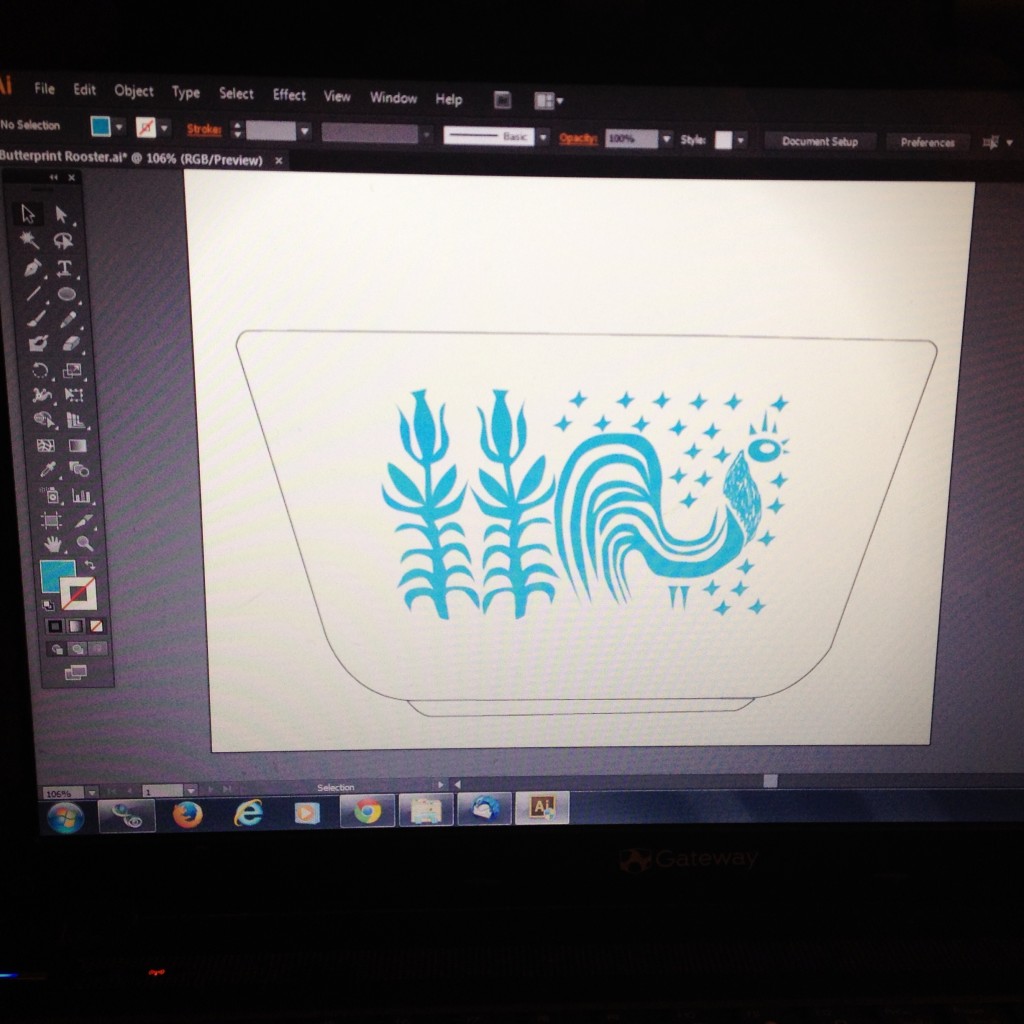 My friend got some vintage Pyrex pieces in this rooster pattern at her shower. Encouraged by my recent sale, I decided to make it the next print featured in my Pyrex art. 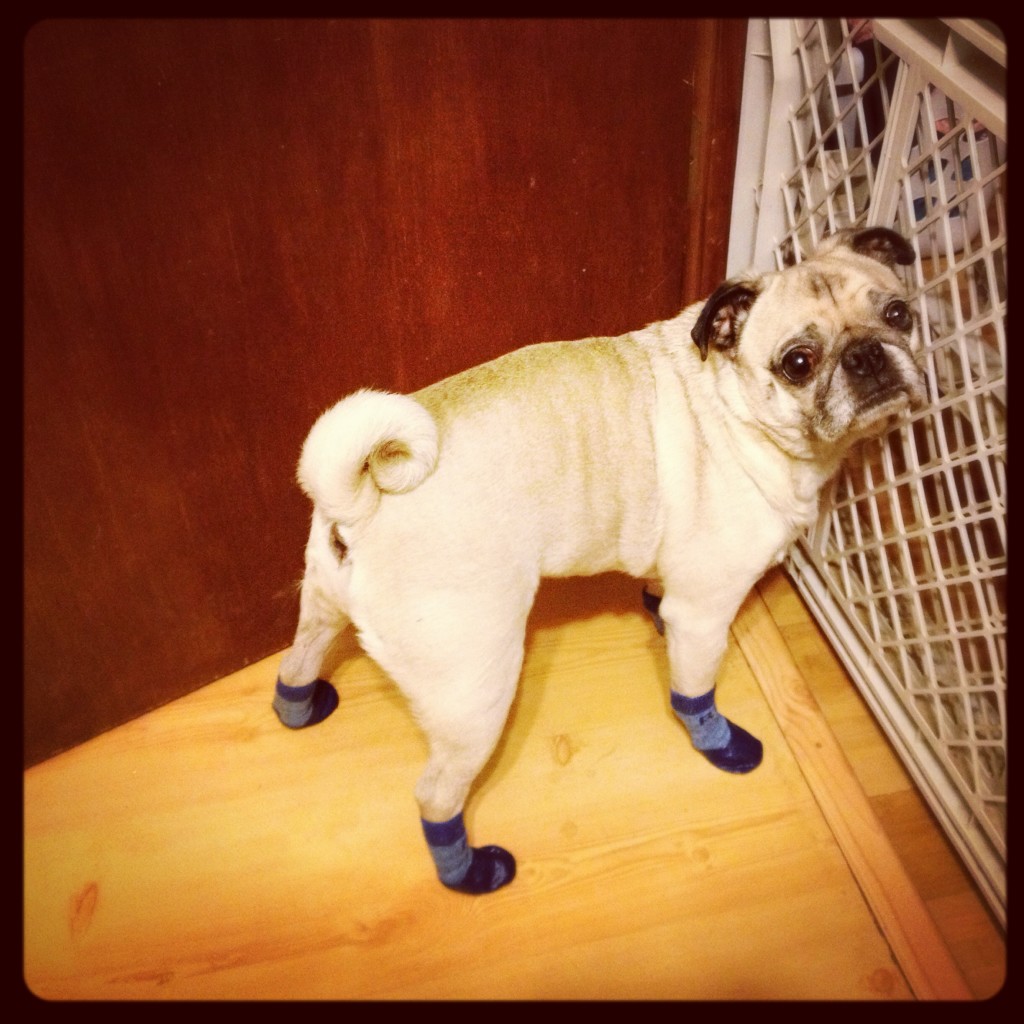 I passed on the Pugz and ended up getting Pug a pair of Pawks dog socks. He sometimes slips around on the hardwood floors so I figured these would be best since he could wear them inside too. He was surprisingly compliant in letting me put them on, and walked in them just fine. The only issue I’m having is that if he walks too fast or runs, they can drop off despite fitting perfectly.