My monthly obsessions have been pretty cosmetic heavy as of late, and while they are represented here,  I think April was a really good mixed-bag of categories. Here is what I loved in April! 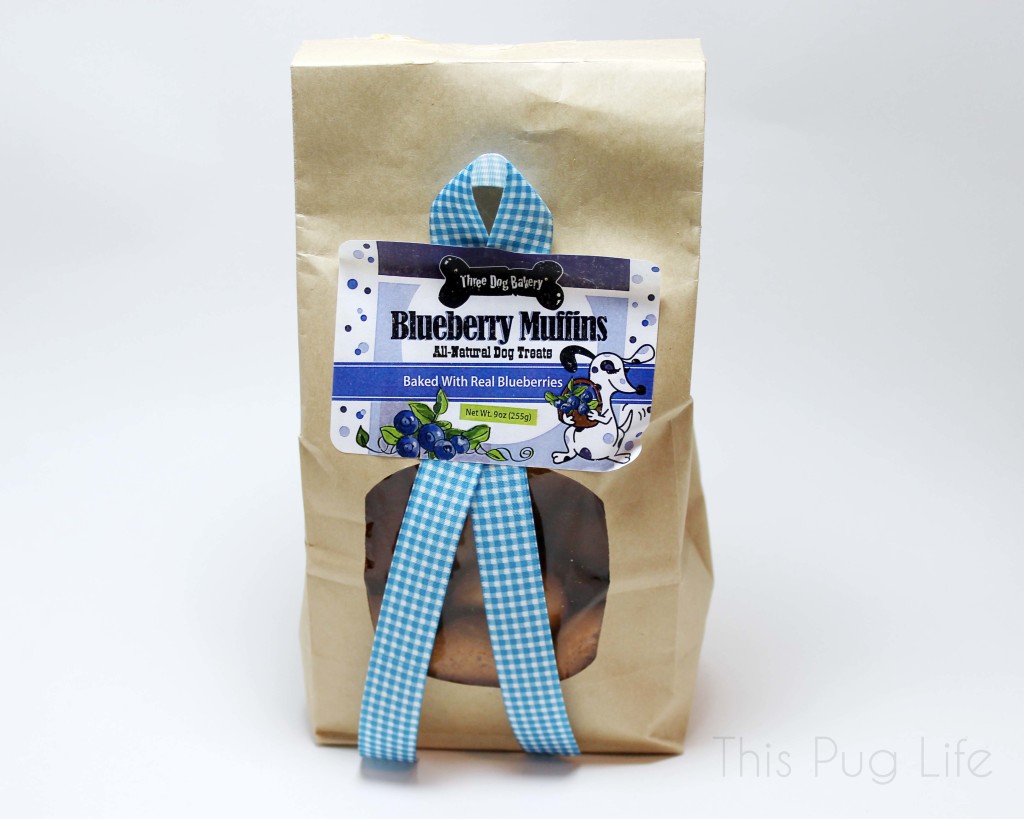 I recently won a box of goodies from Three Dog Bakery. These blueberry muffin treats were the first one I broke into. First off, they smell amazing. You wouldn’t know they weren’t a bag of mini blueberry muffins for people. The dogs really like them, and I’ll be totally honest and admit that I took a nibble to see what they tasted like. Don’t judge me – the ingredients list is totally normal human food. They’re not very sweet but pretty darn good all things considered!

I’m also a total sucker for cute packaging, and Three Dog Bakery goes the extra mile. For example, their strawberry cream treats (which we haven’t tried yet) come in a berry pint. Freaking adorable. 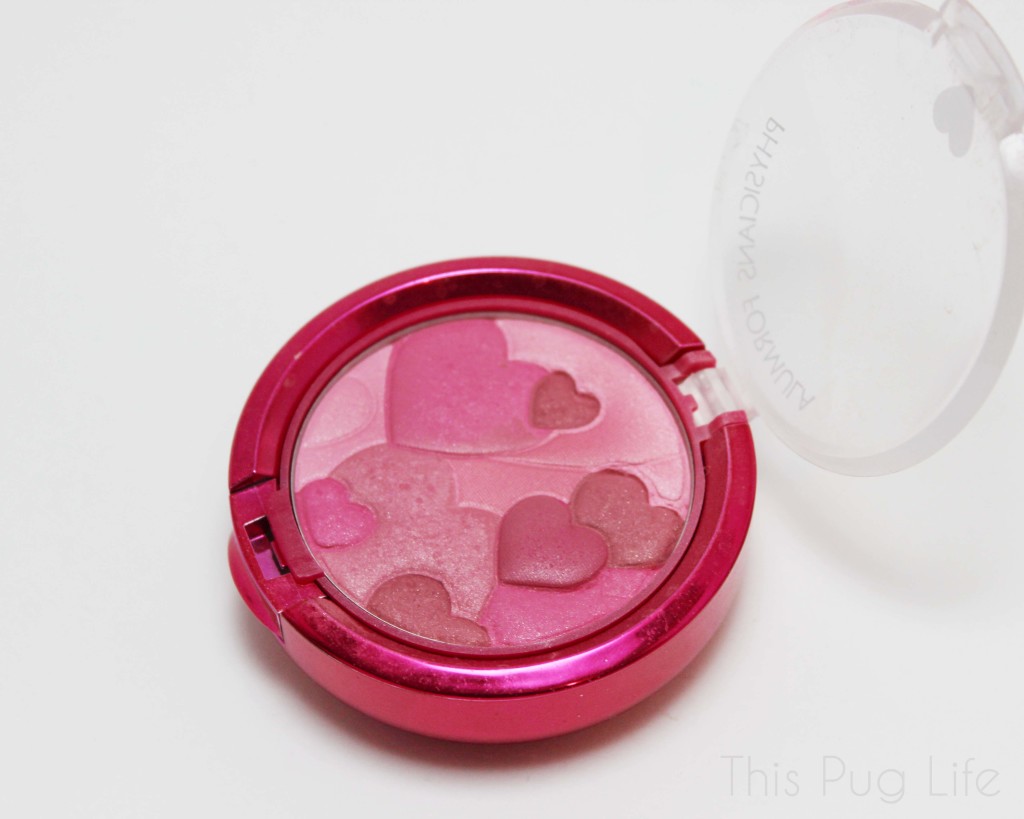 My one makeup obsession for the month has been this Physician’s Formula Happy Booster Blush in Rose. I’ve had this particular blush for a really long time. I think I picked it up initially because it was on really deep discount at CVS and the hearts were really cute (remember how I said I was a sucker for packaging?).

I’d describe the color as a true pink. It’s bright, but I apply it with a fluffy stippling brush so I can build up the amount of color that I desire. I love to wear this when I’m doing a “no makeup” look. When applied lightly it adds just a natural amount of color back to my face that my BB cream covers up. But, you can definitely build it up for a more dramatic look. 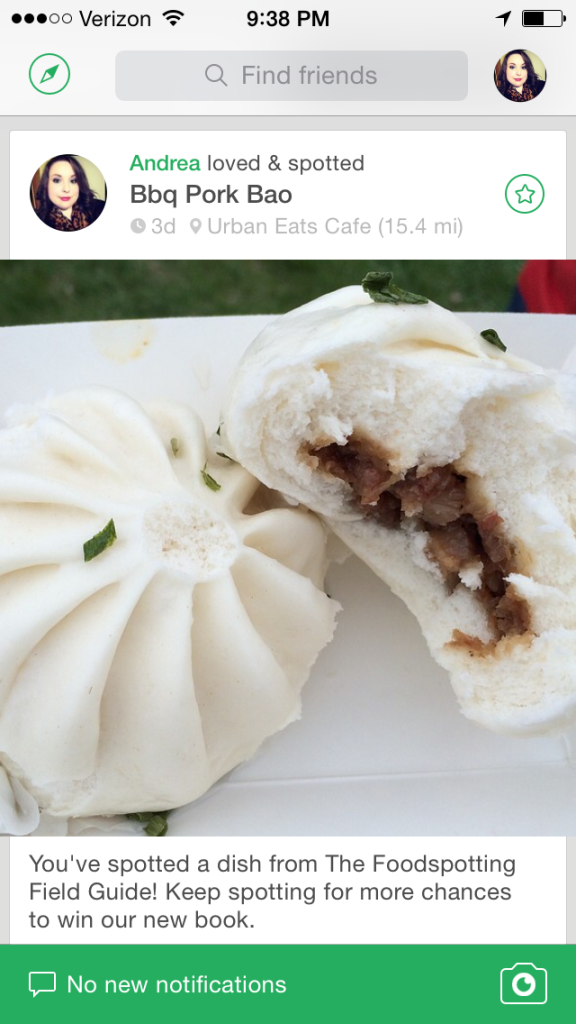 FoodSpotting is an app I discovered a couple of years ago. I immediately became obsessed with it and used it to find a number of new restaurants that I ended up loving. This past month, I’ve gotten really into using it again.

The best way I can describe it is it’s kind of like Yelp, but instead of rating restaurants as a whole you post and rate individual dishes. It’s entirely photo based, which I love, because I can sit and browse photos of food for hours on Pinterest. That’s probably not a good thing to admit, but alas.

I just find that this format appeals to me much more than normal restaurant reviews – and as a result I’ve tried new places I may never have discovered otherwise.

And if you’re one of those people that has to Instagram everything you eat anyway, you might as well put those photos to use on FoodSpotting. 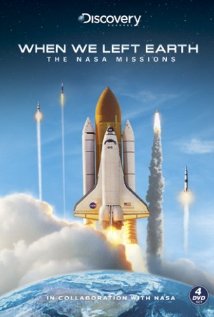 When We Left Earth: The NASA Missions had been on my Netflix recommendations for a while when I finally decided to watch it a few months ago. And I was completely enthralled. It’s only 8 parts and I was totally ready for more when it was over because I was especially interested in learning more about the early space program. I was prepared to fall down the rabbit whole of space/NASA shows on Netflix, only to find that there wasn’t much else available in this same vein (so if you know of any recommendations, please let me know!)

I’ve since watched what little else was available, but none of it was quite as good as When We Left Earth. So, I decided to watch the whole miniseries again, just a couple of months after my initial viewing. I figured that qualified as obsession, and I wanted to recommend it to you. Maybe if popularity spikes Discovery will make my dreams come true and expand on the series!

That’s it for me, what were you obsessing over this April?