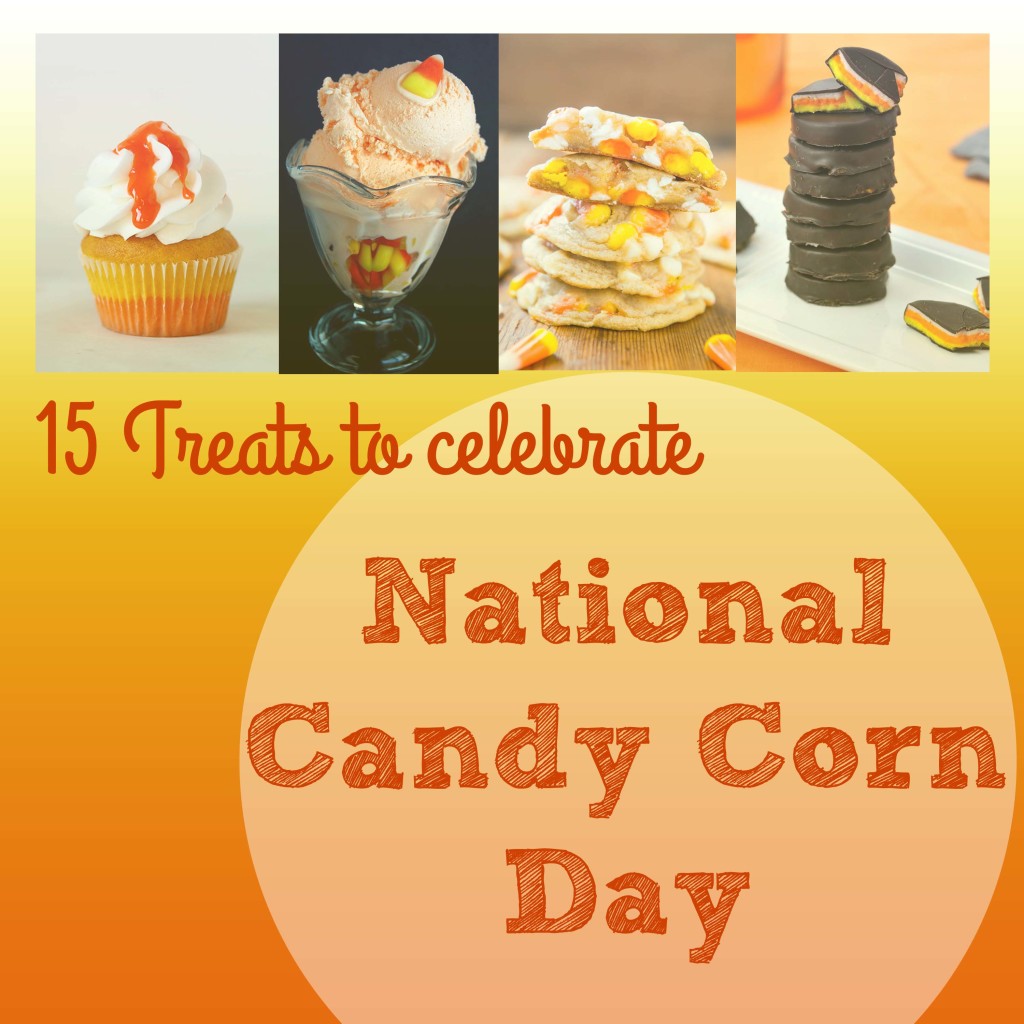 If you’re a candy corn lover you have come to the right place. Last year I compiled candy corn treats and tried to have a mixture of candy corn flavored items as well as treats that only looked like candy corn. This year, you candy corn haters are (mostly) on your own. All but a few of these snacks, drinks and treats are full-on candy corn flavored goodness.

Candy corn cupcakes are pretty standard fare this time of year, but these cupcakes from I Am Baker are put over the top with a candy corn glaze.

One of my all-time favorite cookies are white chocolate macadamia nut. I think throwing in macadamia nuts to this soft  batch cookie recipe from Averie Cooks might really take them over the top.

These don’t contain any actual candy corn but I couldn’t leave them out. Candy corn colored macaroons from Persia Lou  are just too darn cute. I’ve never actually tried a macaroon but I think they’re so pretty. I’m kind of afraid I won’t like them and it would ruin the illusion.

Admittedly, I feel like this candy corn ice cream by Culinary Concoctions by Peabody could be a total disaster, even for a candy corn lover like me. But I’m willing to find out for sure.

Snacks like this candy corn Chex Mix from Three Kids and a Fish are a great way to cut the super sweetness of plain candy corn.

These candy corn M&M blondies from Averie Cooks utilize the seasonal M&M instead of actual candy corn pieces. They don’t have a strong candy corn flavor (if any, honestly) so these might be an option for those on the fence.

Our first drink option is one of the dastardly non-candy corn flavored items, but I’ll forgive it because they’re so cute and clever. These candy corn jello shots from Hoosier Homemade would be the perfect addition at a fall bonfire.

These scarecrow bars from Lil’ Luna remind me of the “Pay Day” mix where you mix equal parts of peanuts and candy corn. But, lots sweeter since it also involves cake mix and marshmallow.

If I were only to try one of the treats listed, it would be this candy corn butter from Savvy Naturalista. She describes it as Butterfinger in a jar. I am definitely about that life.

I’m not a huge fan of peppermint flavored things but I do love York Peppermint Patties. HGTV gave this homemade version the candy corn treatment.

I didn’t want to include two cookies in the same list because I thought they might be too similar. But, I couldn’t choose between them. This caramel candy corn variety from The Real Housewives of Riverton was just too intriguing. I’ve never had that combo before and I’m eager to try it.

I’m a big fan of taking something I love and dumping it into a brownie batter to create something new and delicious. So, why not candy corn? Echoes of Laughter does that and much more with these candy corn brownies.

These candy corn M&M fudge brownies from Inside BruCrew Life look really impressive but are another treat that will have a mild to nonexistent candy corn flavor.

Culinary Concoctions with Peabody definitely wins the award for most creative use of candy corn in treats. She was responsible for the candy corn ice cream above which I thought was one of the most unusual. Candy corn tres leches cake definitely tops it though and it’s from the same source. Consider me impressed.

Last but not least is a candy corn cocktail from Pink Heels Pink Truck. I’ve seen several cocktails that make use of candy corn infused vodka (which I really need to try) but this intrigued me with its use of pumpkin puree and citrus juices. I have no idea what this combo might actually taste like but I’d like to give it a taste test.

« Who Wore It Best? Pug Costumes vs. Sexy Costumes » Insta-Friday #109