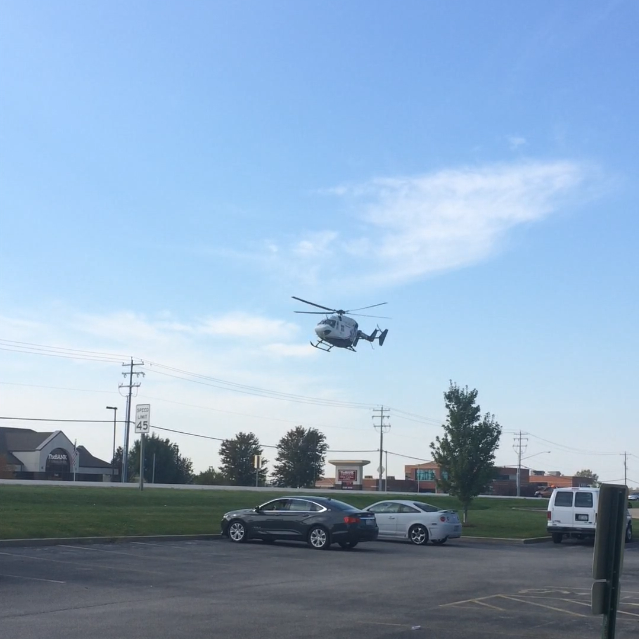 Last Friday morning I had just gotten to work and we were preparing to open the store when we heard the unmistakable crunch of car-on-car. We ran to the door and saw a pretty bad accident right outside. Eventually, we noticed they had blocked traffic and the next thing we knew this helicopter was landing on the road right outside our building.

It was the second time that week I’d had to call 911. A few days before I witnessed a car snap a utility pole and continue into a building. That driver hopped out immediately like it was a no big deal… 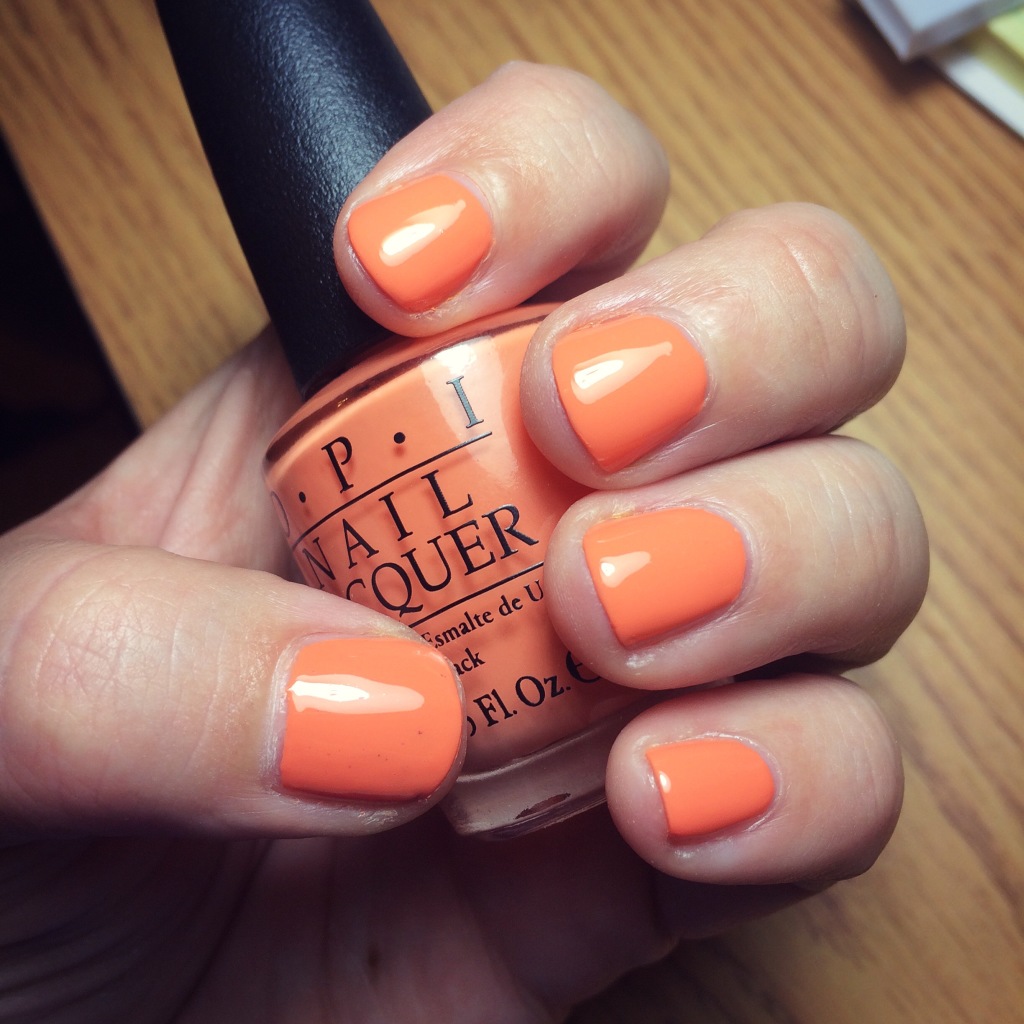 I wanted to paint my nails Best Friend’s orange for Strut Your Mutt. The actual color name is OPI Where Did Suzi’s Man-go? 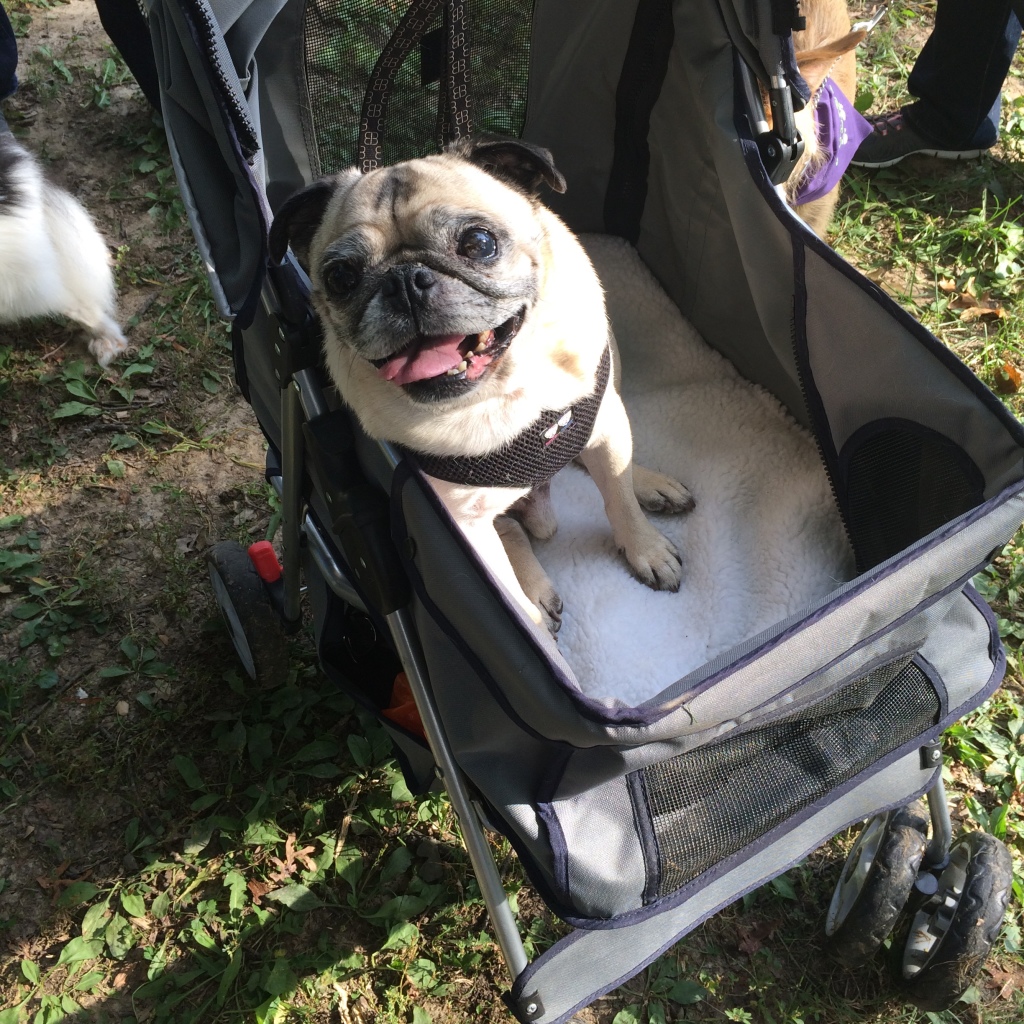 Pug ready to roll. For a full post from Strut Your Mutt click here. Lots of pics of Pug, Molly and all the other dogs we met. 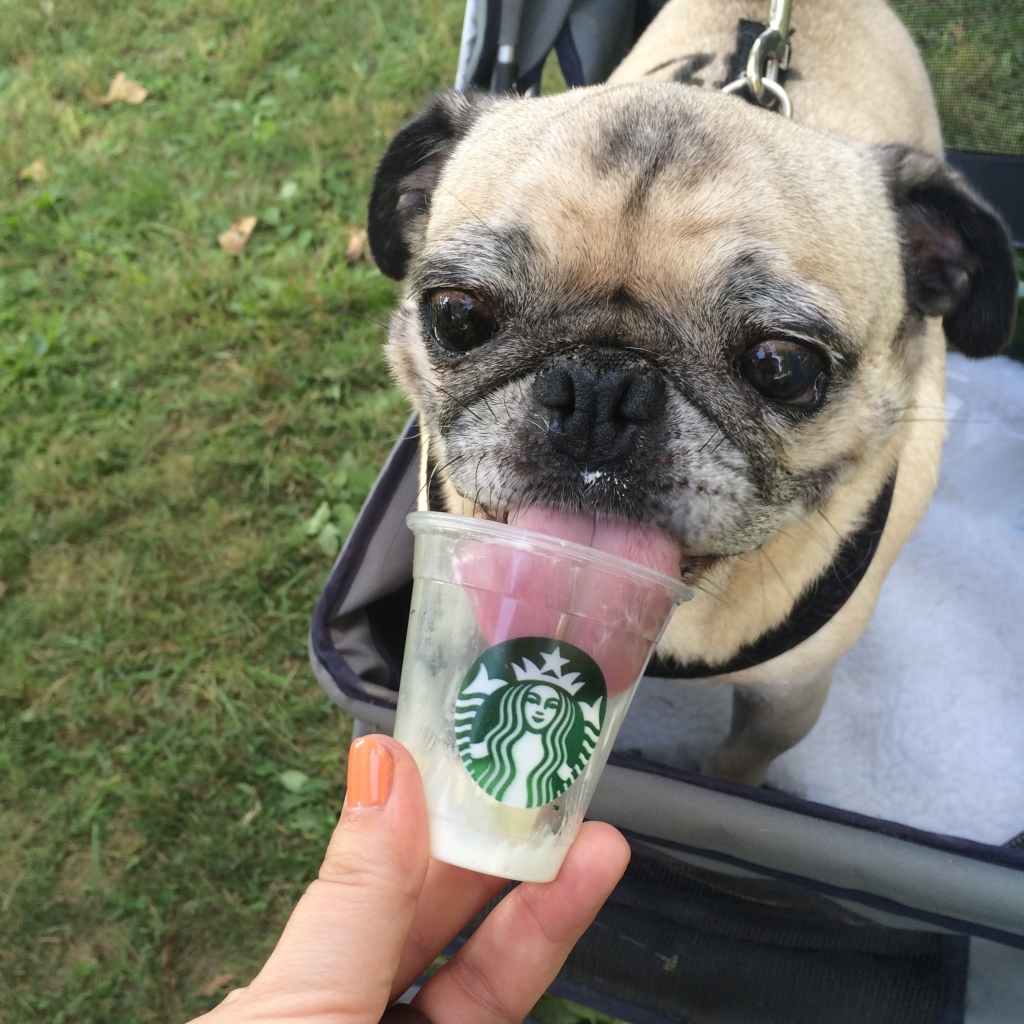 Starbucks was there handing out free coffee and puppuccinos! I made the mistake of giving him a taste right before we started walking, intending to give him the rest when we stopped. That wasn’t happening. He went absolutely nuts because he knew I had it, so I had to try to push the stroller and hold his cup for him at the same time. 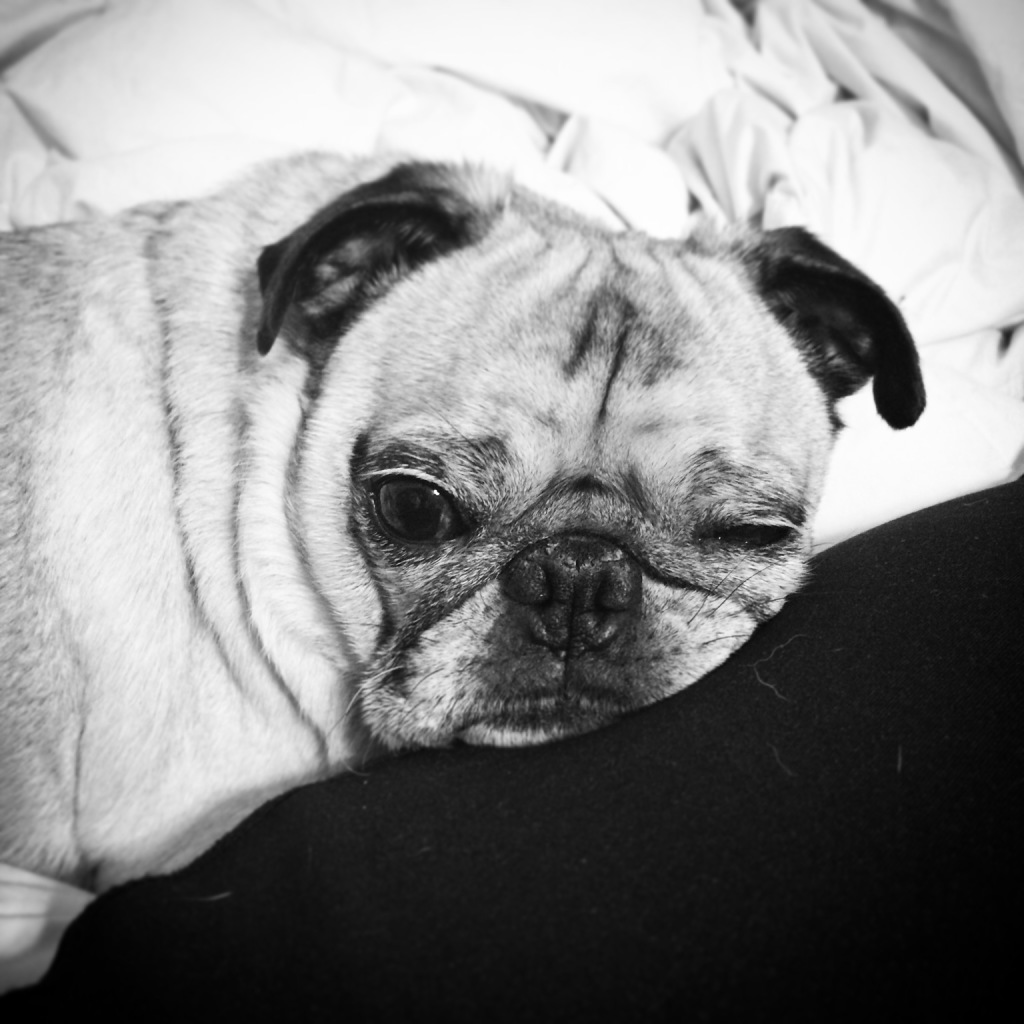 Despite the fact that he rode in a stroller the entire time, Pug was absolutely exhausted after Strut Your Mutt. 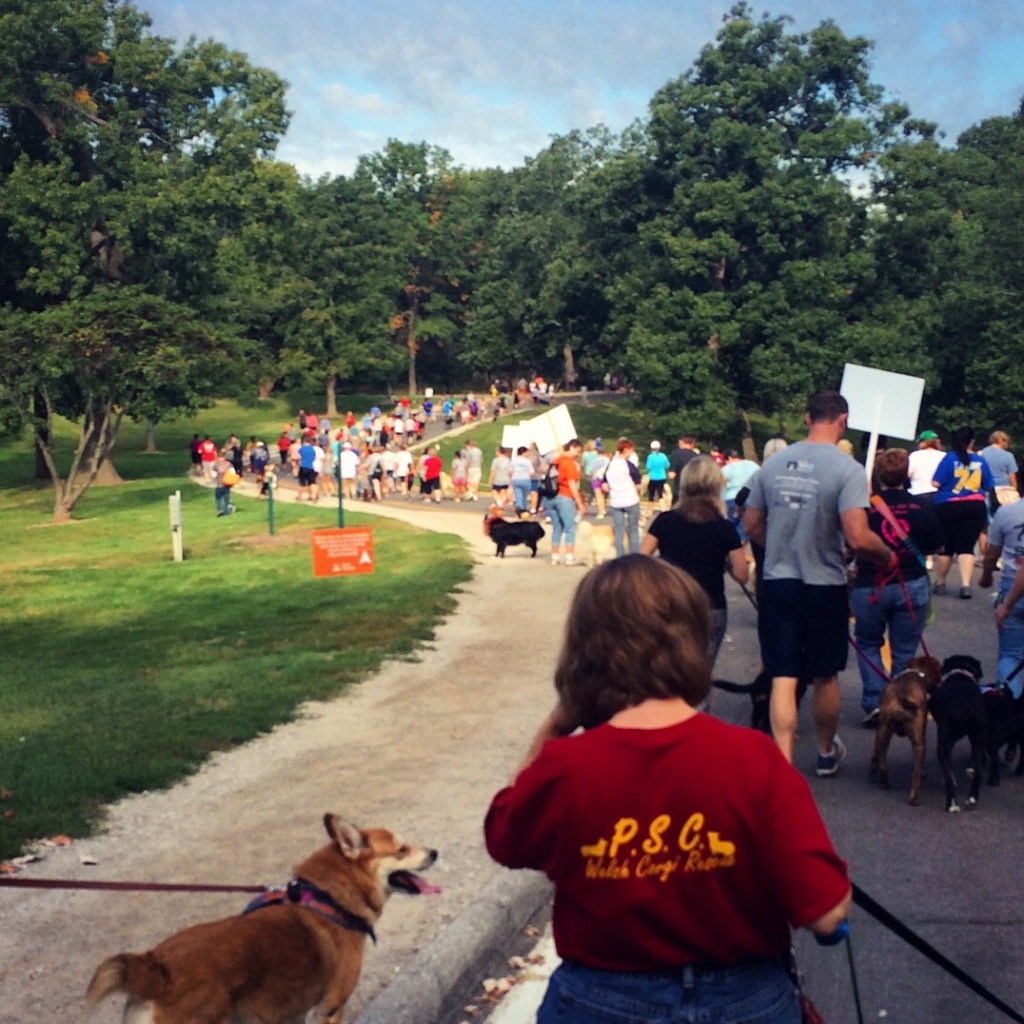 A shot of the Strutters I posted for World Pet Day. 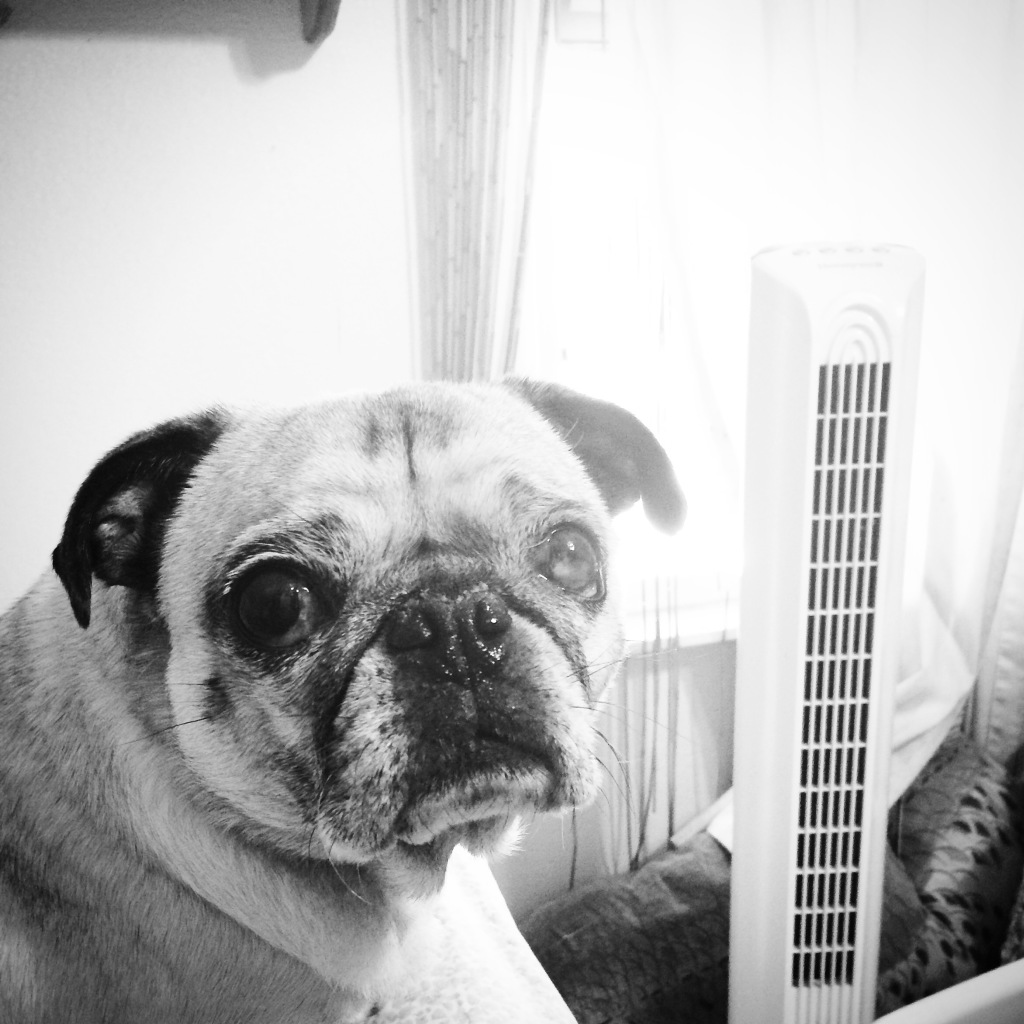 Anyone that has a pug has probably experienced them sneezing or snorting directly into your face. Sometimes Pug takes it a step further and sneezes in front of the fan so I get an all-over spray. 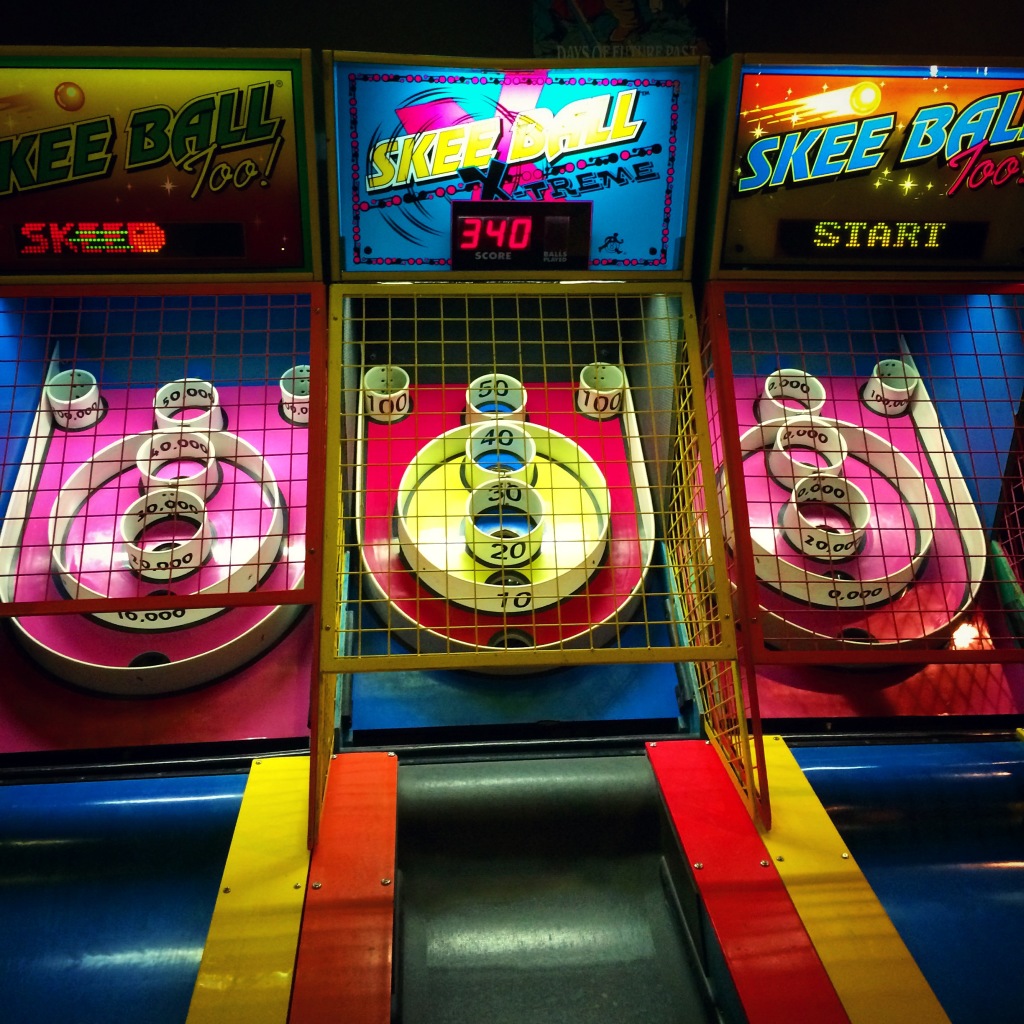 This week I started in a skee ball league at my new favorite place, a local retro arcade bar. I’ve always considered myself pretty good at skee ball but I’ve never competed – so we shall see. I’ve also discovered a love of pin ball. I don’t really know enough about it to have a strategy, I just try to keep the ball on the table. As a result, I’ve been trying to hatch the dino egg on the Jurassic Park Lost World pin ball game for weeks. 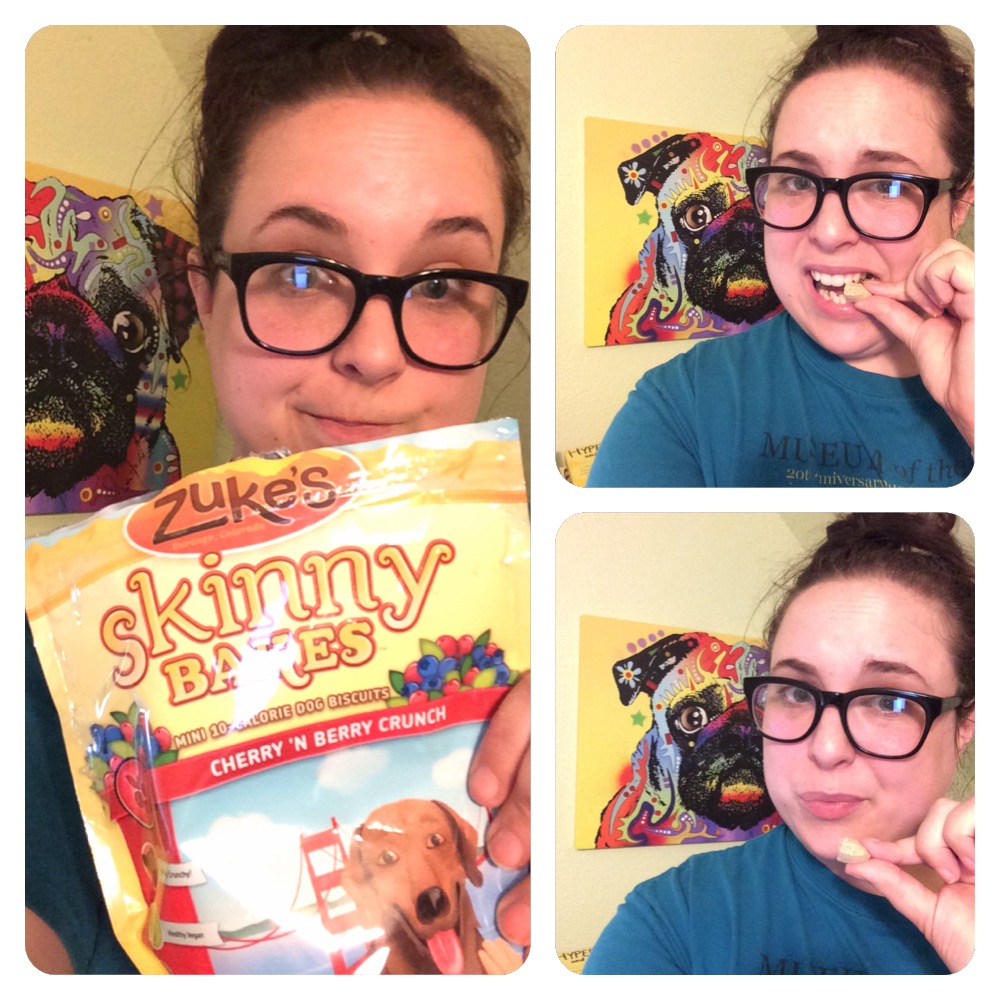 My bosses got challenged to do the Stray Rescue Dog Treat Challenge but didn’t get tagged properly on Facebook. I couldn’t let them miss the opportunity so I fixed the tag. Then, my manager was nice enough to nominate me back as thanks. The Zuke’s Skinny Bakes aren’t too bad, honestly.