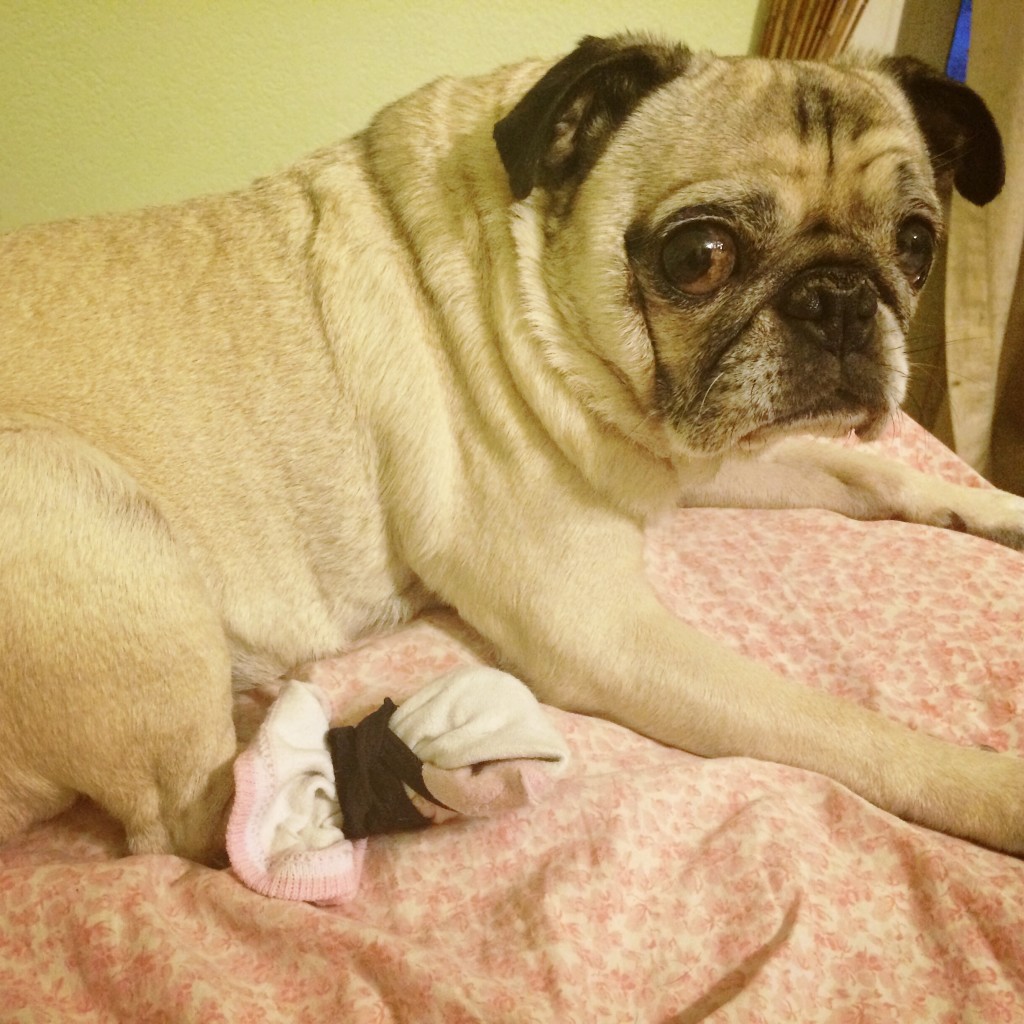 I went to the bathroom the other night and when I came back I found blood all over my bedroom floor. Pug had somehow ripped an entire toenail out of his back foot. I think he got it caught in the sheets while jumping off the bed. Luckily I had some old pain medicine laying around so he could get comfortable, and it seems to have healed itself okay. 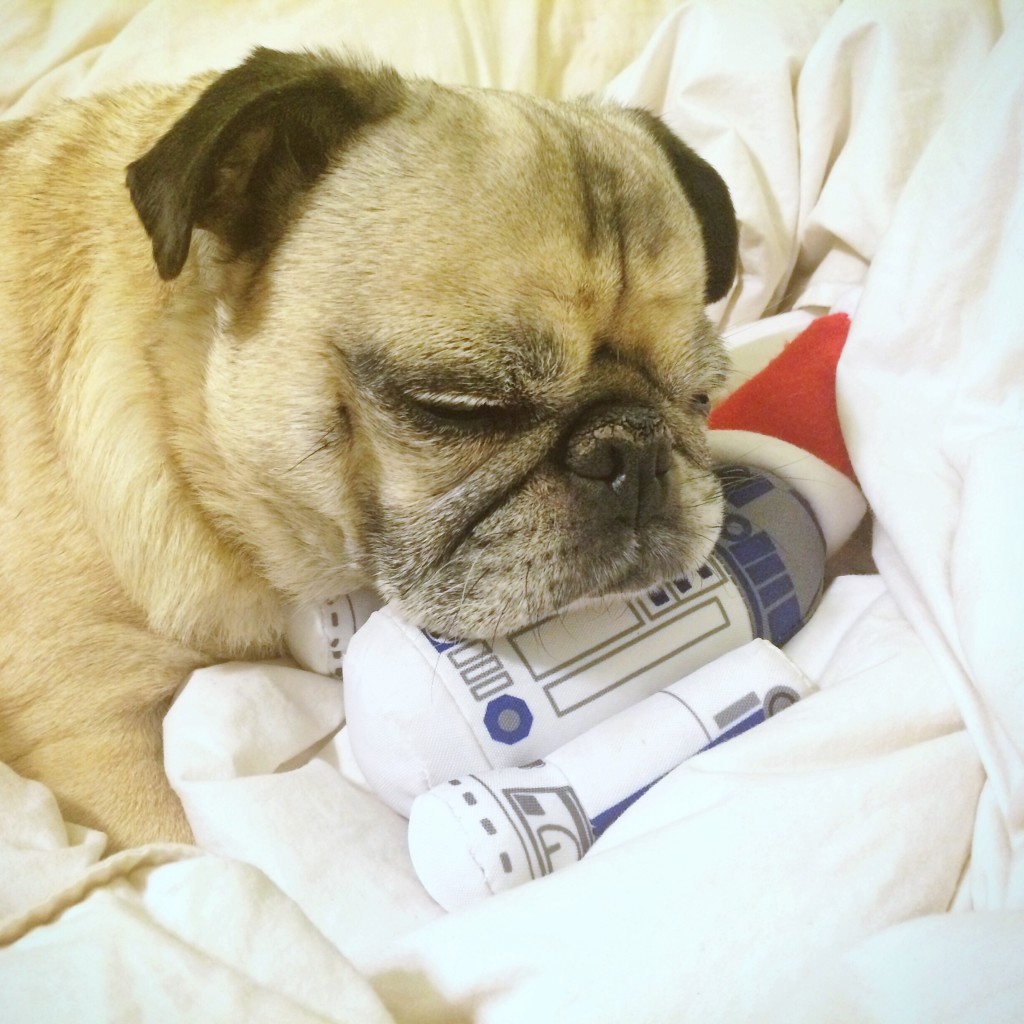 Pug using his new R2 as a pillow. 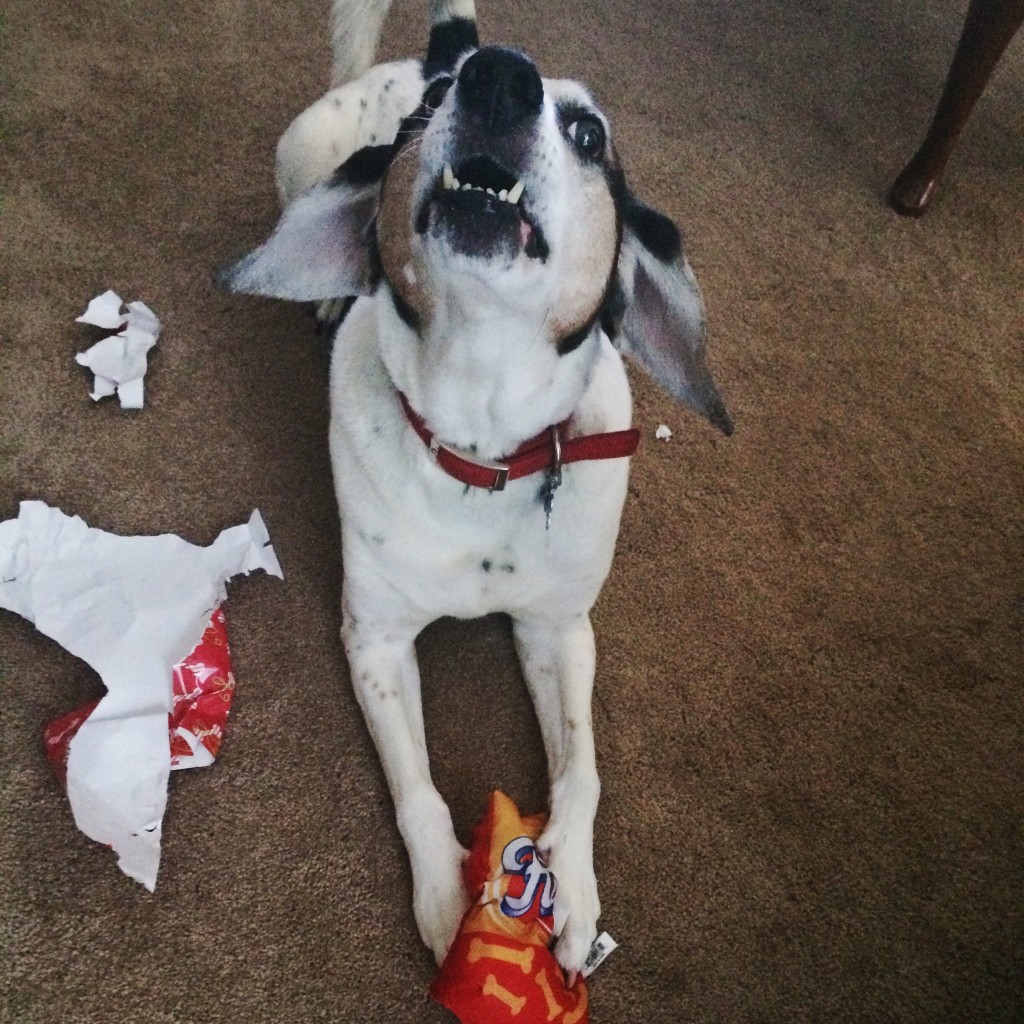 My best friend survives on a steady diet of chips and snack foods, so I had to get my nephew Sammy this “Fidos” toy. Apparently it had just the right kind of squeaker. He heard it squeak while still wrapped up and went absolutely insane. He had the package opened the squeaker ripped out in under 5 minutes. 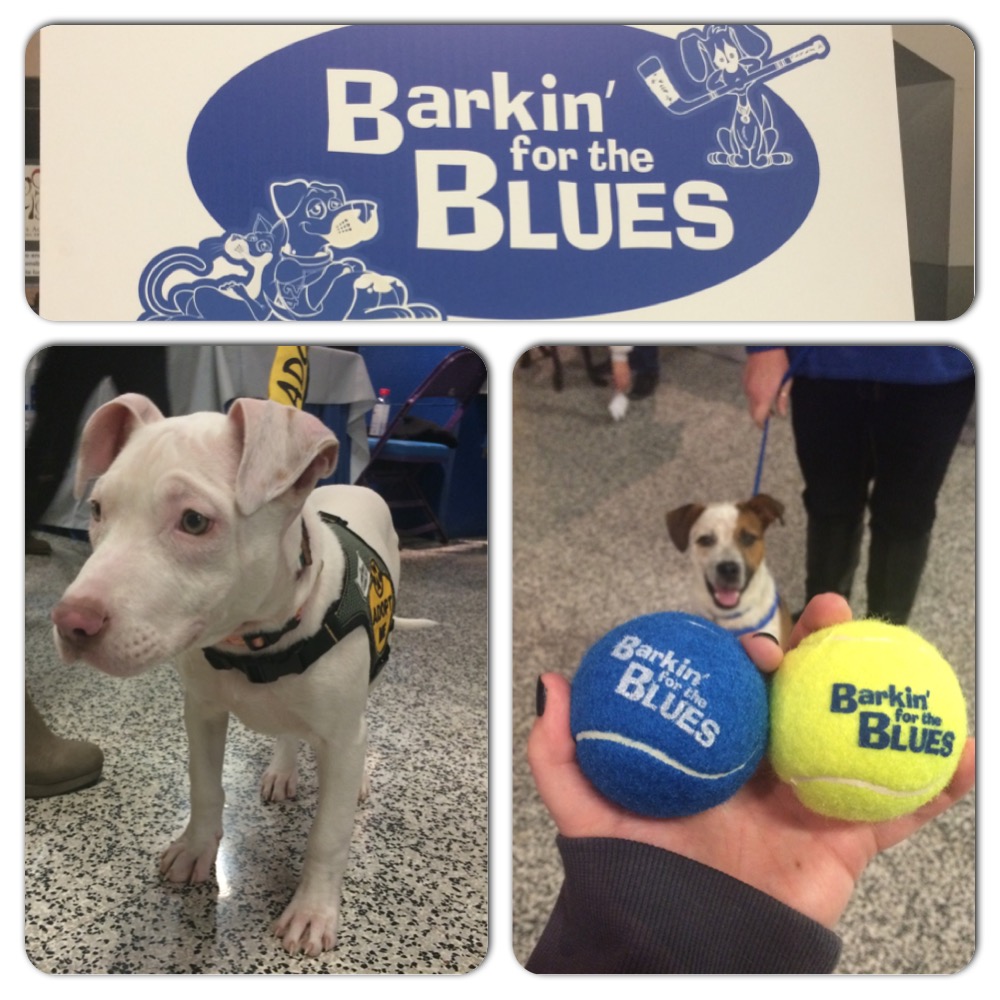 I volunteered at Barkin’ for the Blues again this year selling merchandise. All proceeds benefited Stray Rescue of St. Louis, Five Acres Animal Shelter and Athletes for Animals. I am not a big hockey person but several St. Louis Blues players are very involved in local animal rescue and that makes me a fan! 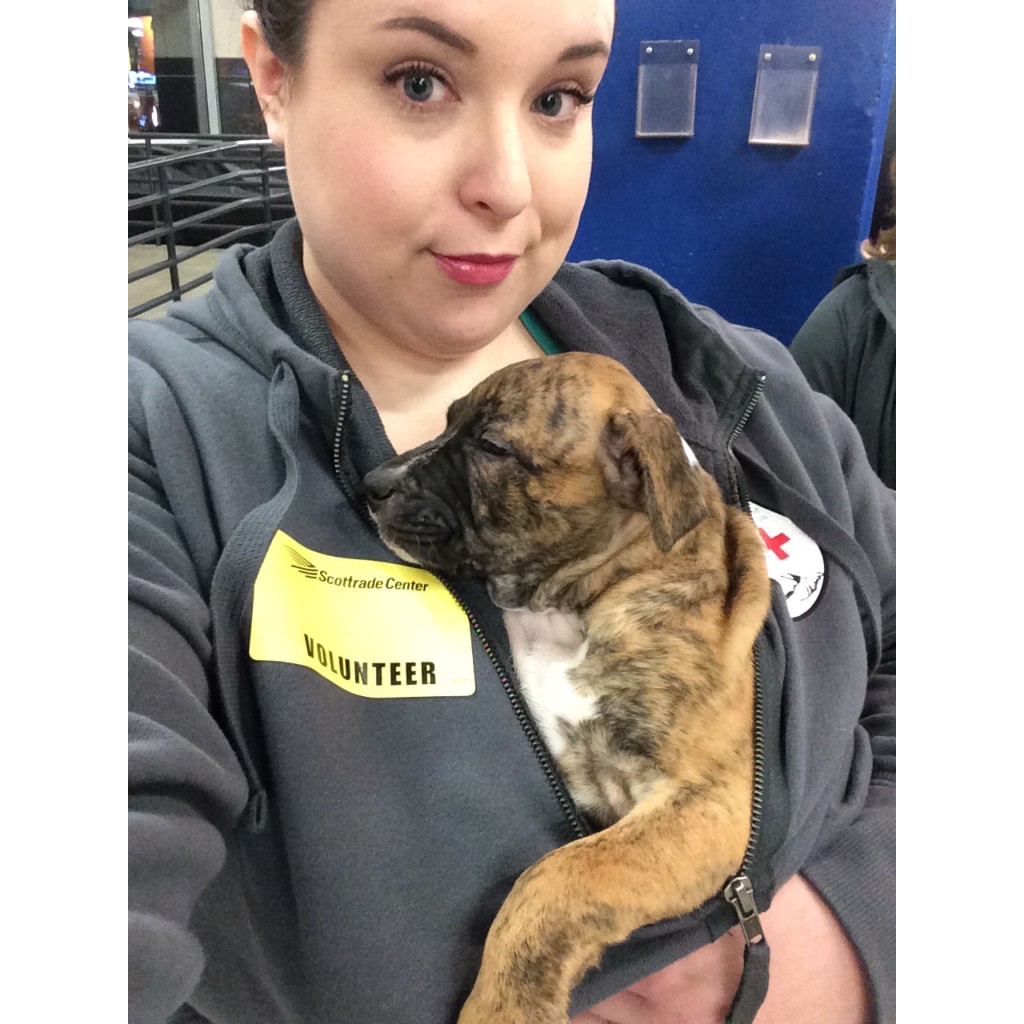 This little baby was shivering like crazy; luckily I was wearing my new zip-up Stray Rescue hoodie so I could create a puppy carrier. She was warm and snoozing in no time. 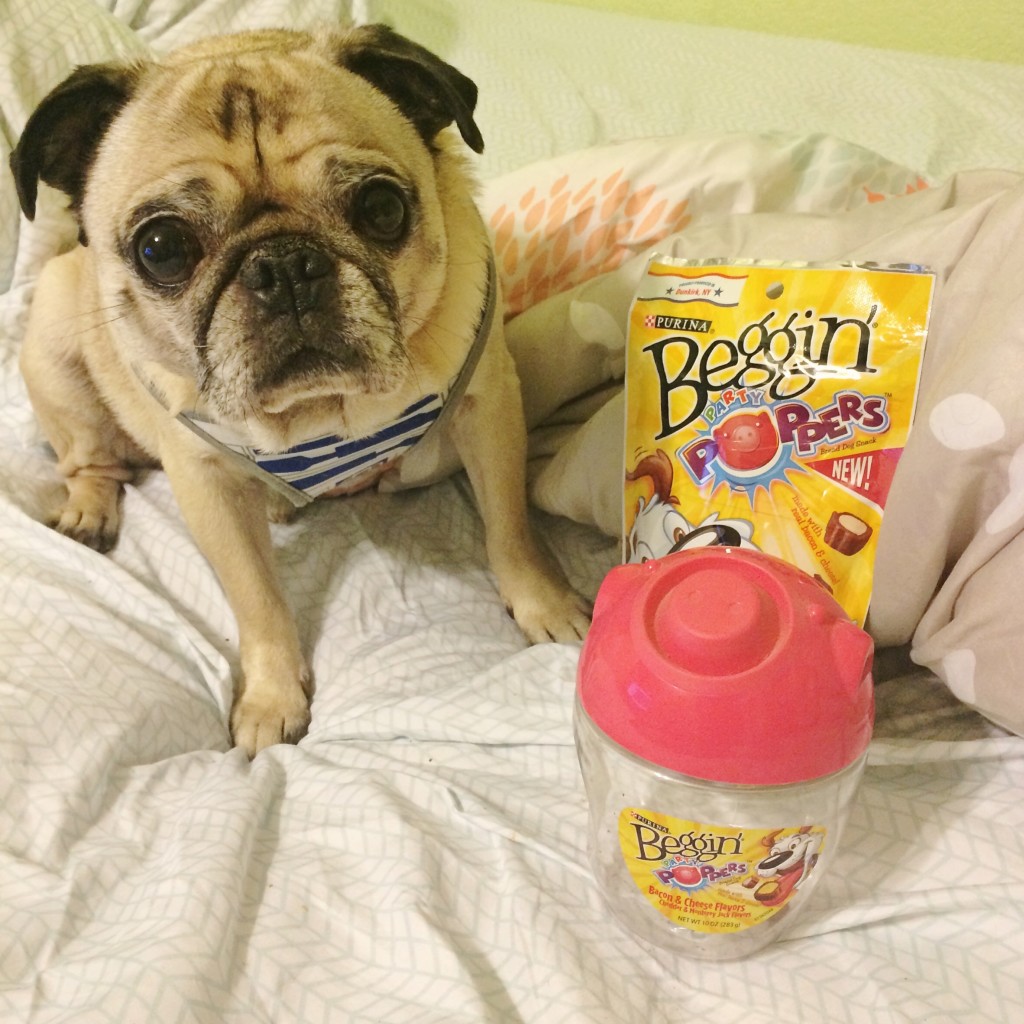 My aforementioned best friend got Pug a bag of Party Popper refills and said she wanted more fail videos. How insulting!

But of course we complied. 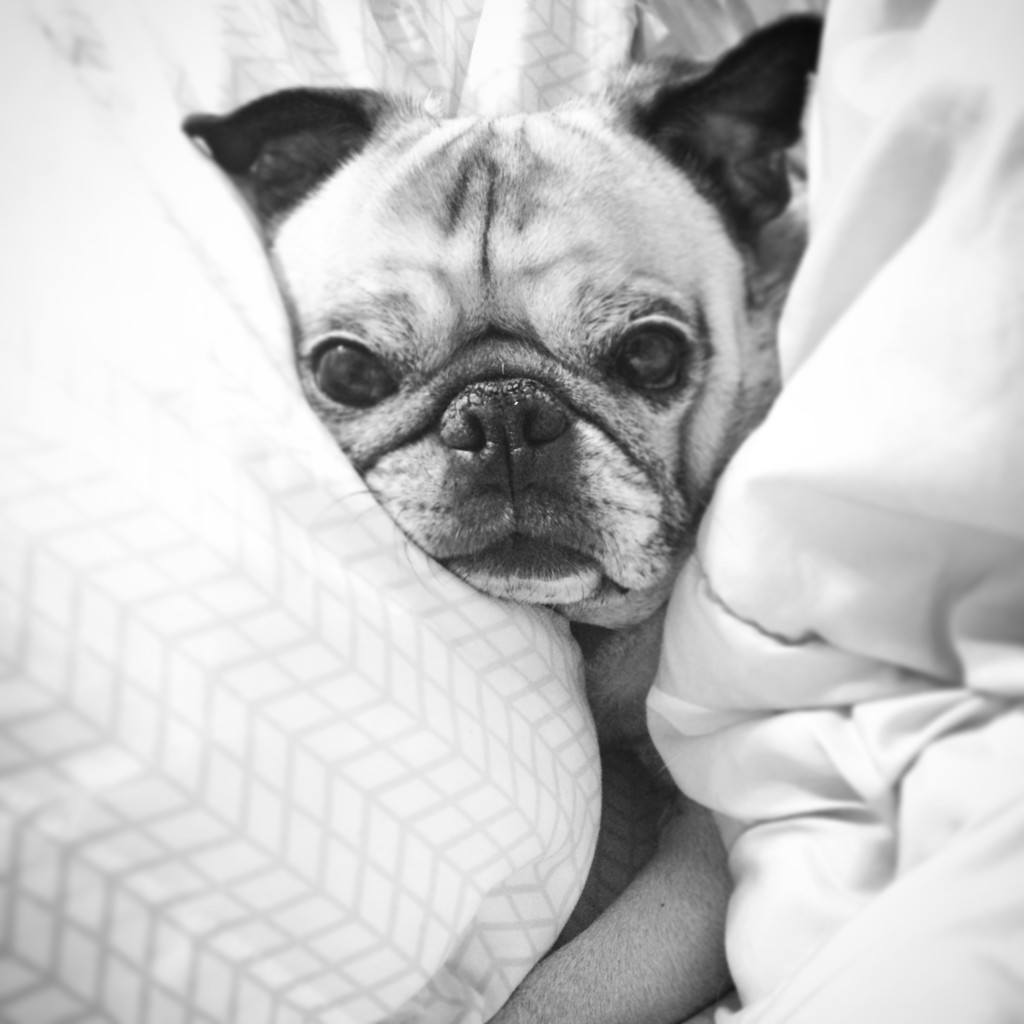 Pug partying it up at midnight. 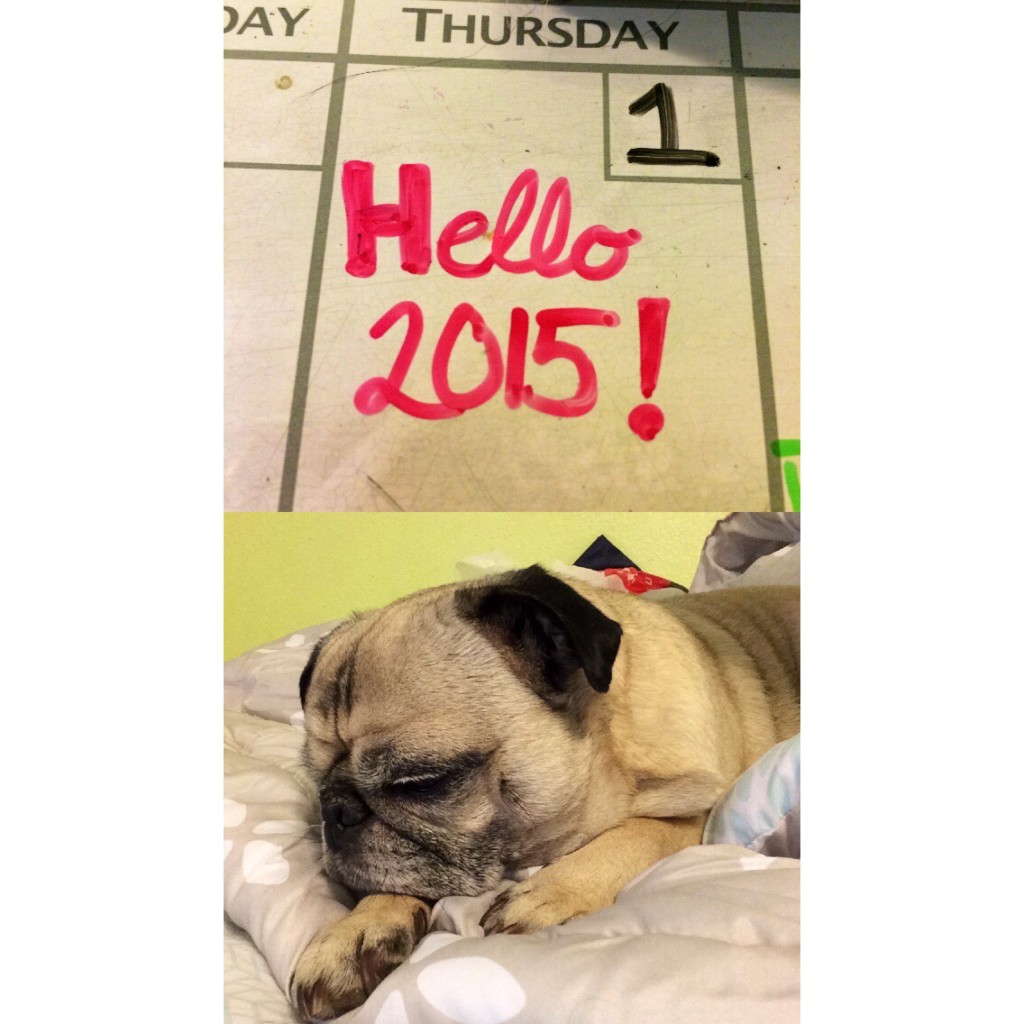 I’m not one for resolutions, but I am looking forward to the new year and a fresh start. I’m gonna rock 2015. Pug is going to nap.