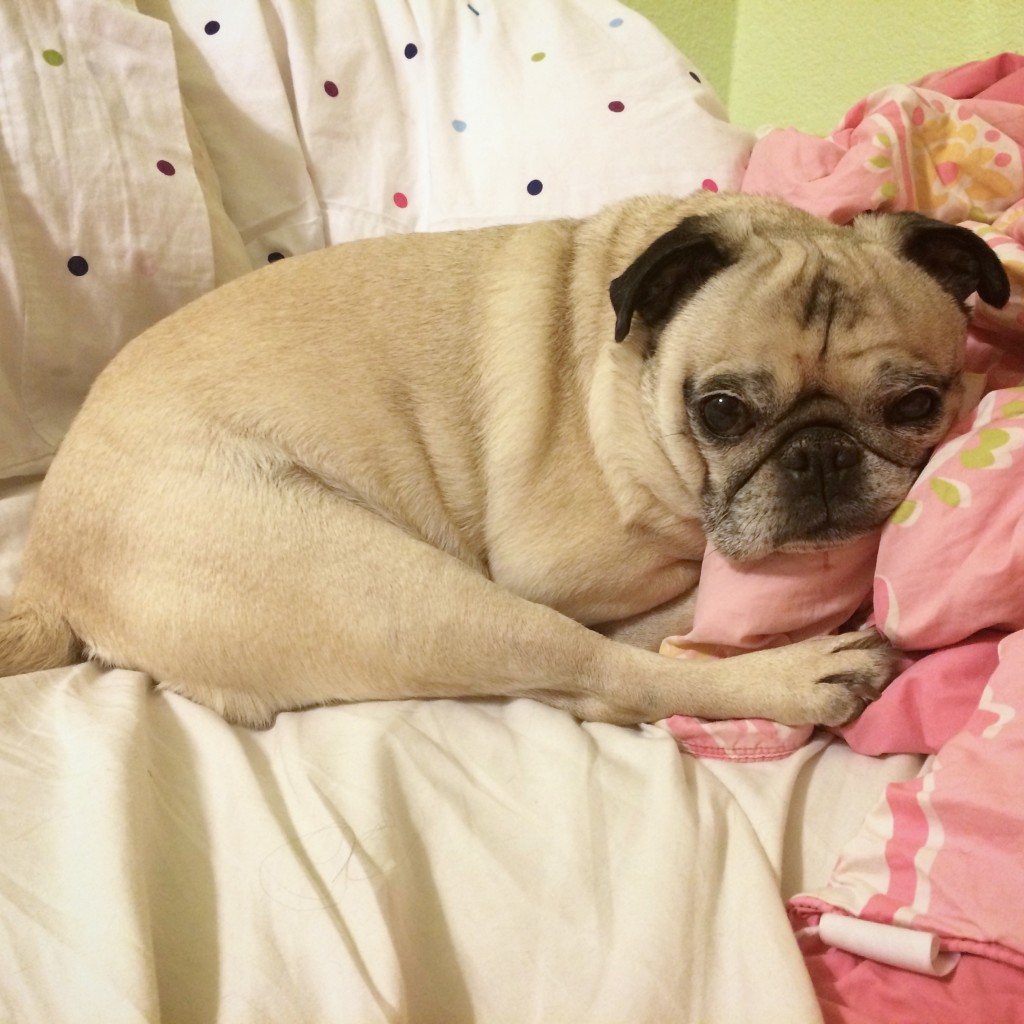 Pug has got this lounging thing down. Look at that drumstick!

Molly used to sleep with her eyes open all the time. I would constantly think she was dead, because when I would call her name she would also refuse to acknowledge me. Eventually she would give me an annoyed sigh or subtly meet my gaze to let me know “yes, I’m alive, please leave me alone”. Pug has never done it before so it was extra creepy when I realized he was fully asleep and dreaming with his eyes open! So creepy. 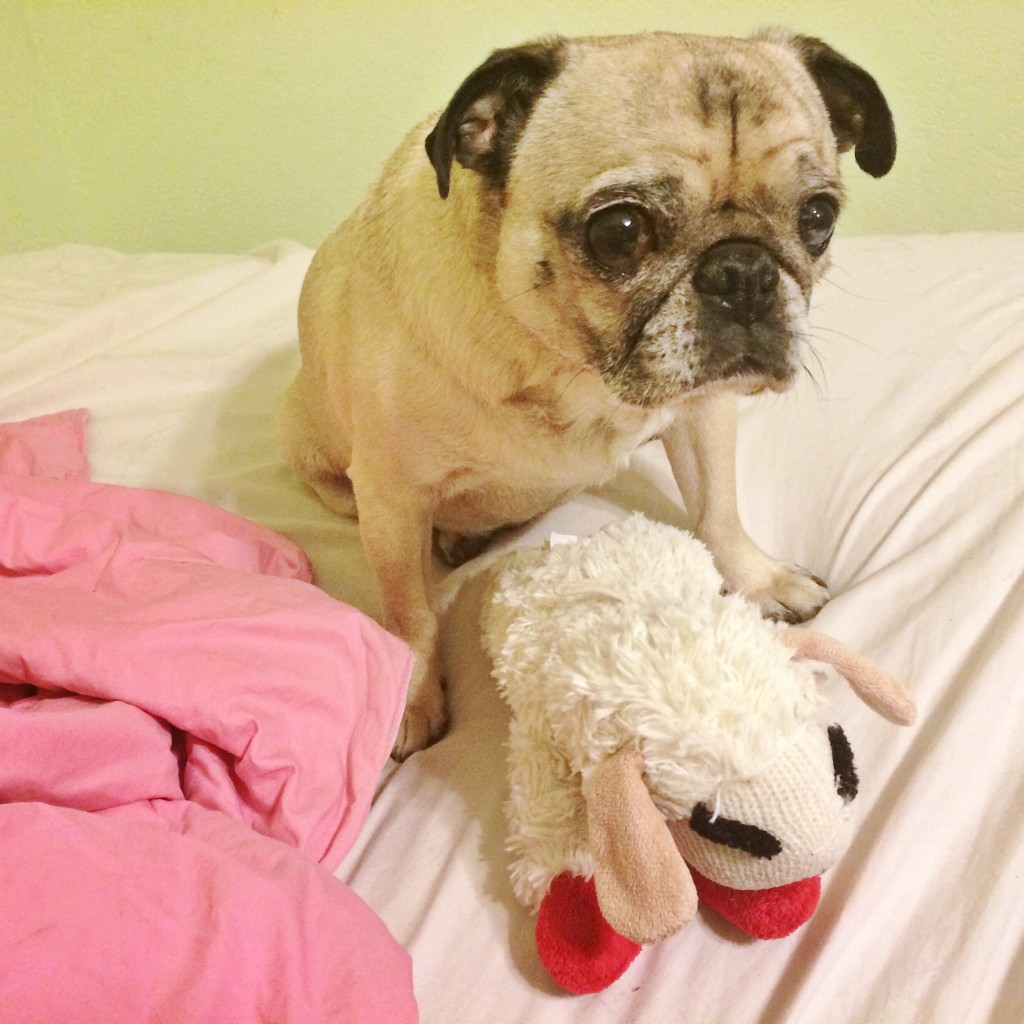 Lamb Chop got washed and Pug wanted nothing to do with her. Eventually I was able to entice him to play and I think he got enough of his puggy scent back on her for his liking.

You would think waiting for the mailman on the other side of the fence for a few minutes was the world’s worst torture. 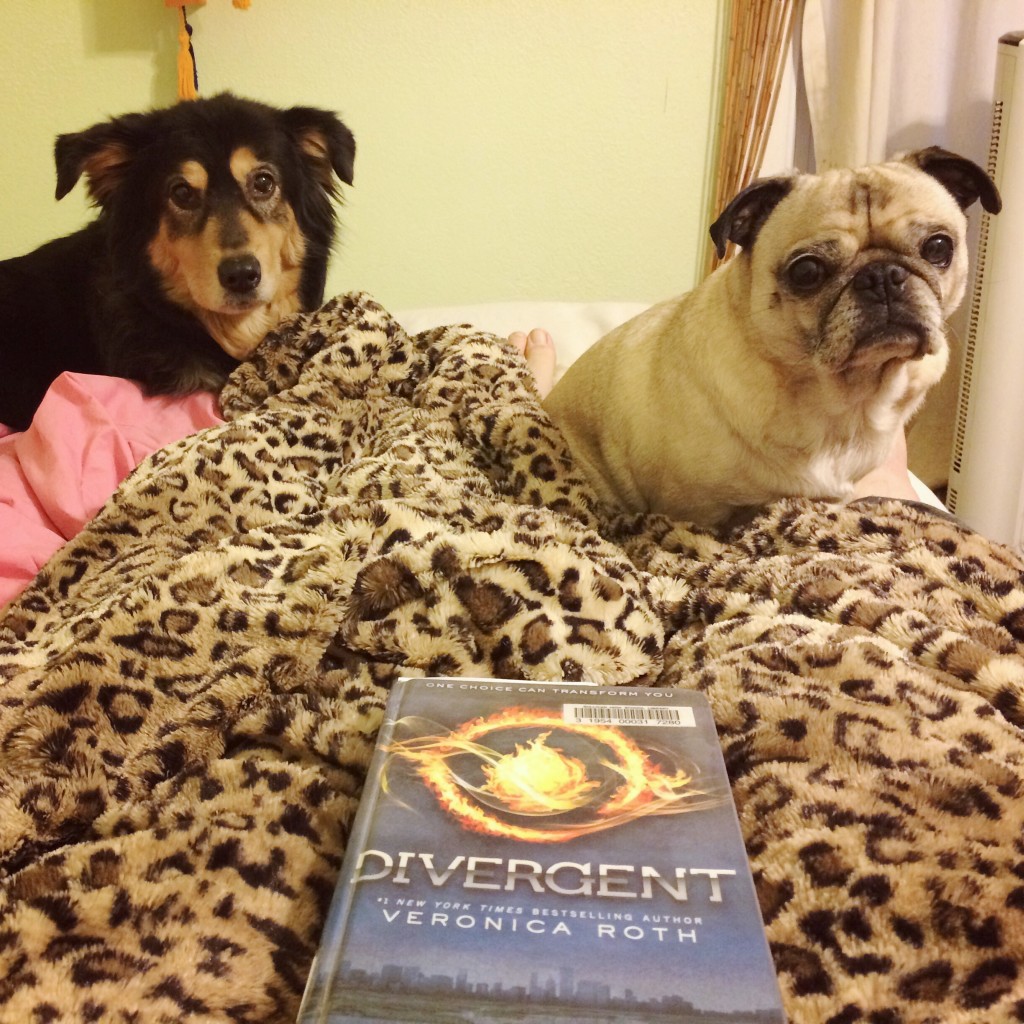 Pug was really worried I was going to get too absorbed in my new library book and forget dinner time.