My Experience with Cosmic Bingo

What’s Cosmic Bingo? The company describes it as “not your grandma’s bingo” and other than being glow-in-the-dark they don’t say much else. It has become one of the go-to fundraising events for animal rescues and other charities in my area and I recently attended for the first time. So, read on to find out what it’s all about! 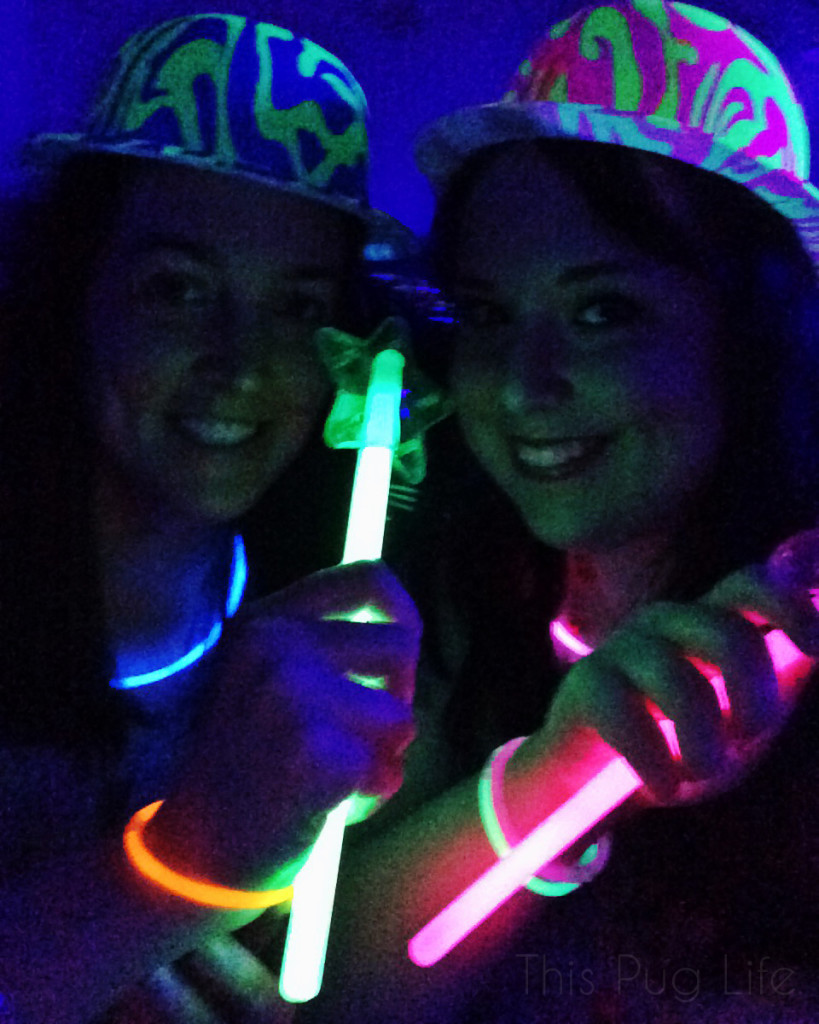 First off, they make you wear their silly hats. I was using mine to hold popcorn until our MC/bingo caller informed us anyone without a hat would be harassed. I dumped my popcorn and donned it once again. 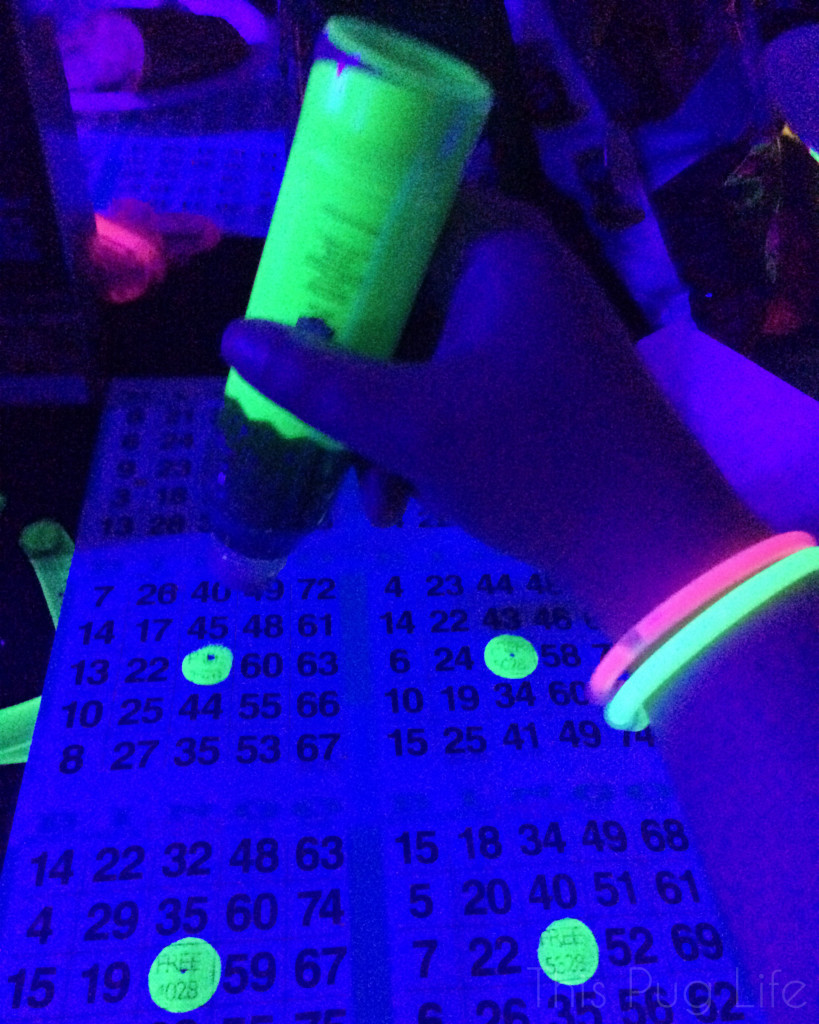 The Bingo part is standard Bingo – unless you win. If you win, you have to go to the front of the dance floor and complete some sort of challenge to receive your winnings. After watching the first winner awkwardly dance for 5 minutes our entire group was vowing not to claim any future wins. Subsequent winners didn’t get it nearly as bad though. A lot of the challenges were silly games that involved a group so you weren’t all alone in front of 300 people. 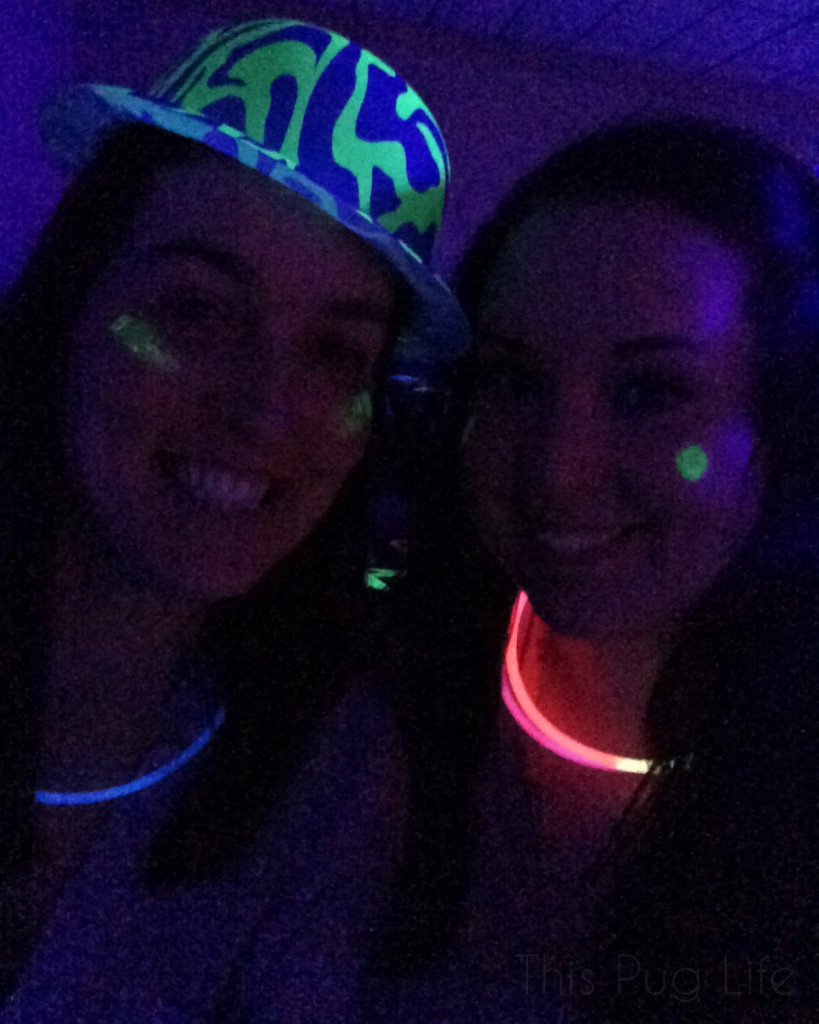 At one point we were instructed to draw on the face of the person next to us with our bingo daubers. 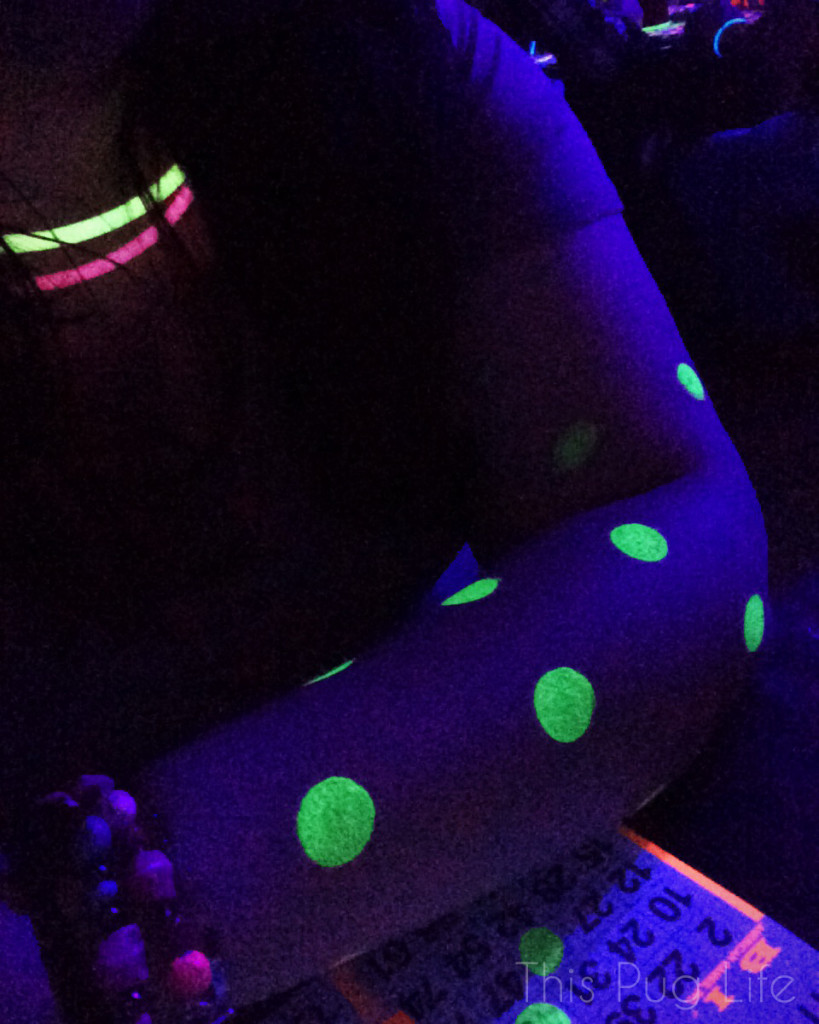 I took it even further and polka dotted myself. As the night progressed and people consumed more alcohol, people got more and more creative with their bingo dauber body art! 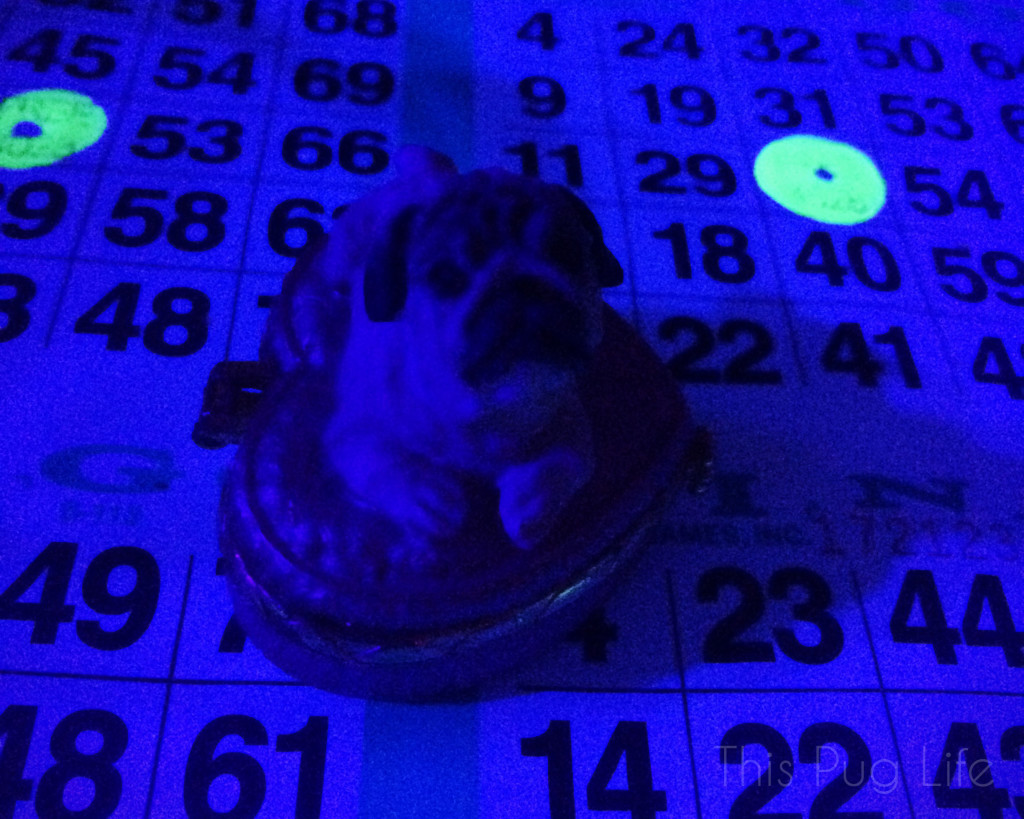 I don’t have any troll dolls so I brought a little puggy figurine as a good luck charm. 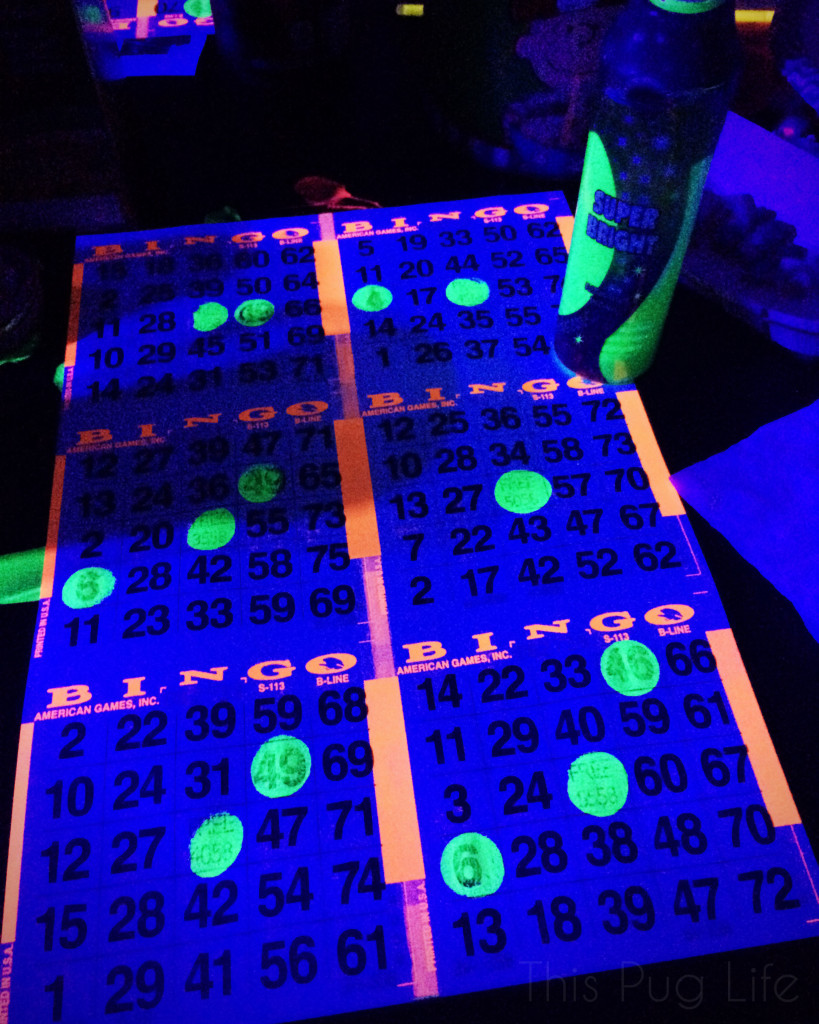 He didn’t bring me much luck. I didn’t win any money, but I did score three dog toys when the volunteers came around tossing them into the crowd.

Overall I had a good time but I wouldn’t make a point on going back to Cosmic Bingo. If my favorite rescue group held another one I might attend simply to support them. I think the level of fun probably has a lot to do with the particular DJ and MC. Ours played a lot of country music and other music that didn’t exactly inspire a “party” atmosphere.

They also stretched 10 bingo games into 4-hours, so it seemed like we did a lot of waiting around waiting for something to happen. Watching one or two people on stage isn’t really interesting except to the people that know them. I think it would have been more fun if they encouraged everyone to get on the dance floor and participate during breaks instead of sitting at the table inking ourselves with daubers out of boredom.

If you’ve ever done Cosmic Bingo let me know how your experience!