My week in iPhone photos and video. It was a busy week on social media, particularly with the Cubs playing (and winning!) in the playoffs.

You know, he could at least look a little guilty when he does this. 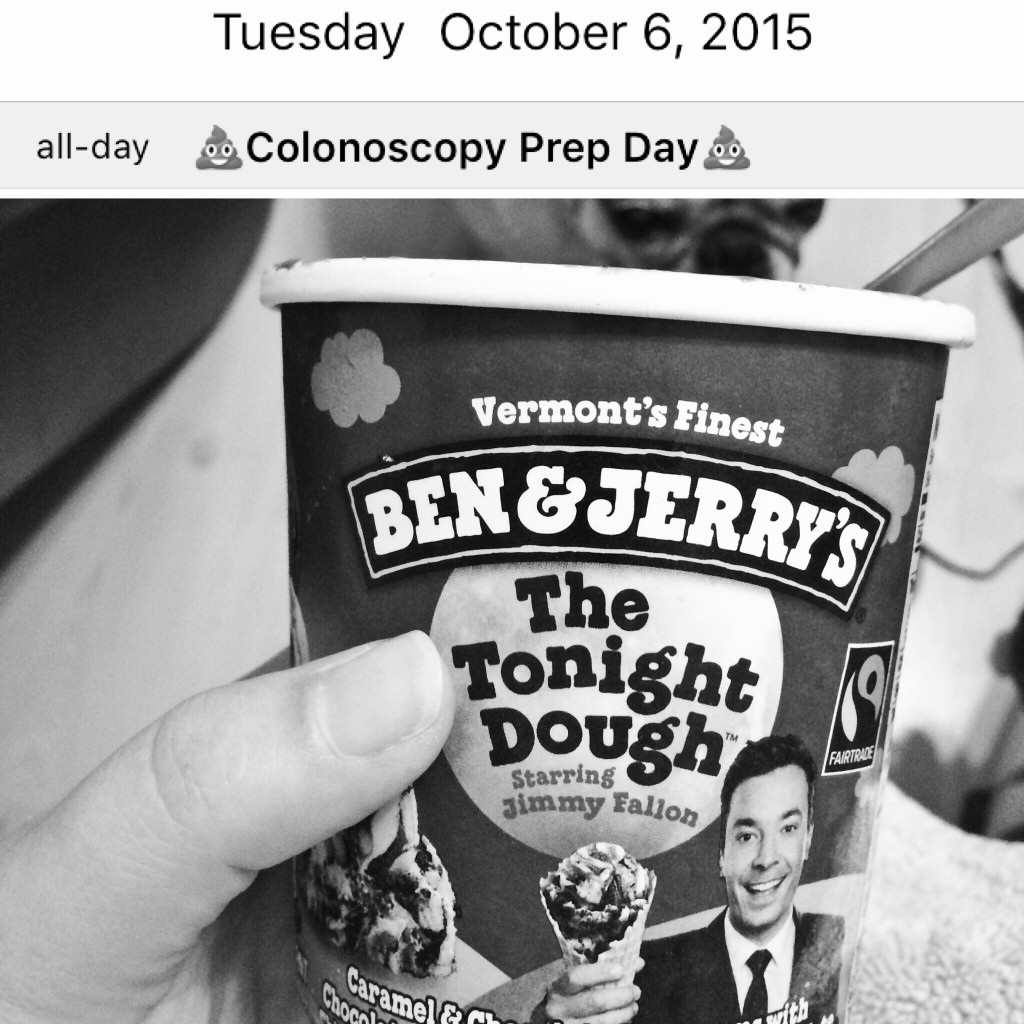 I treated myself the night before prep. It wasn’t even on sale! My procedure went well and my doctor has decided to start the process of getting me approved for Humira which is an injectable medication. Unfortunately he expects it to take at least 6-8 weeks to get authorization from my insurance company. 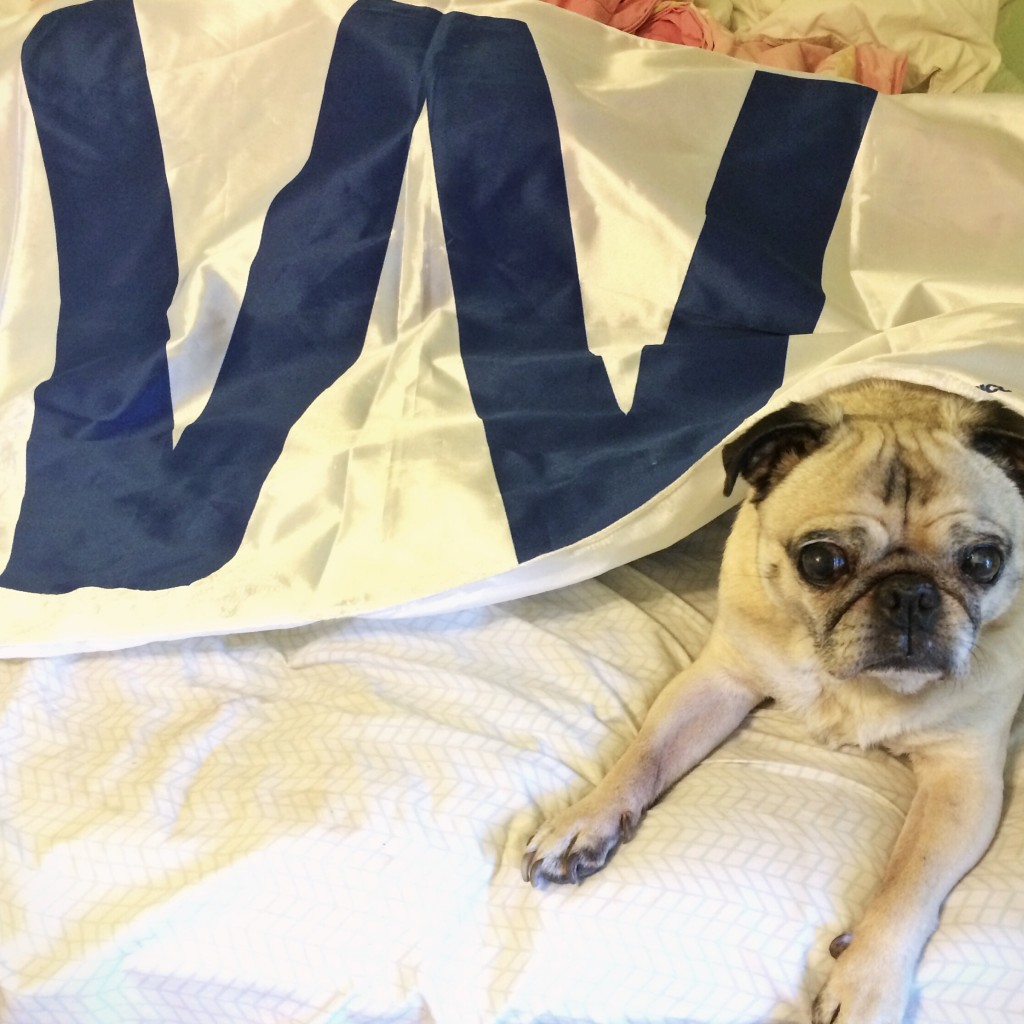 Pug got the W flag out in preparation for Wednesday night’s game. 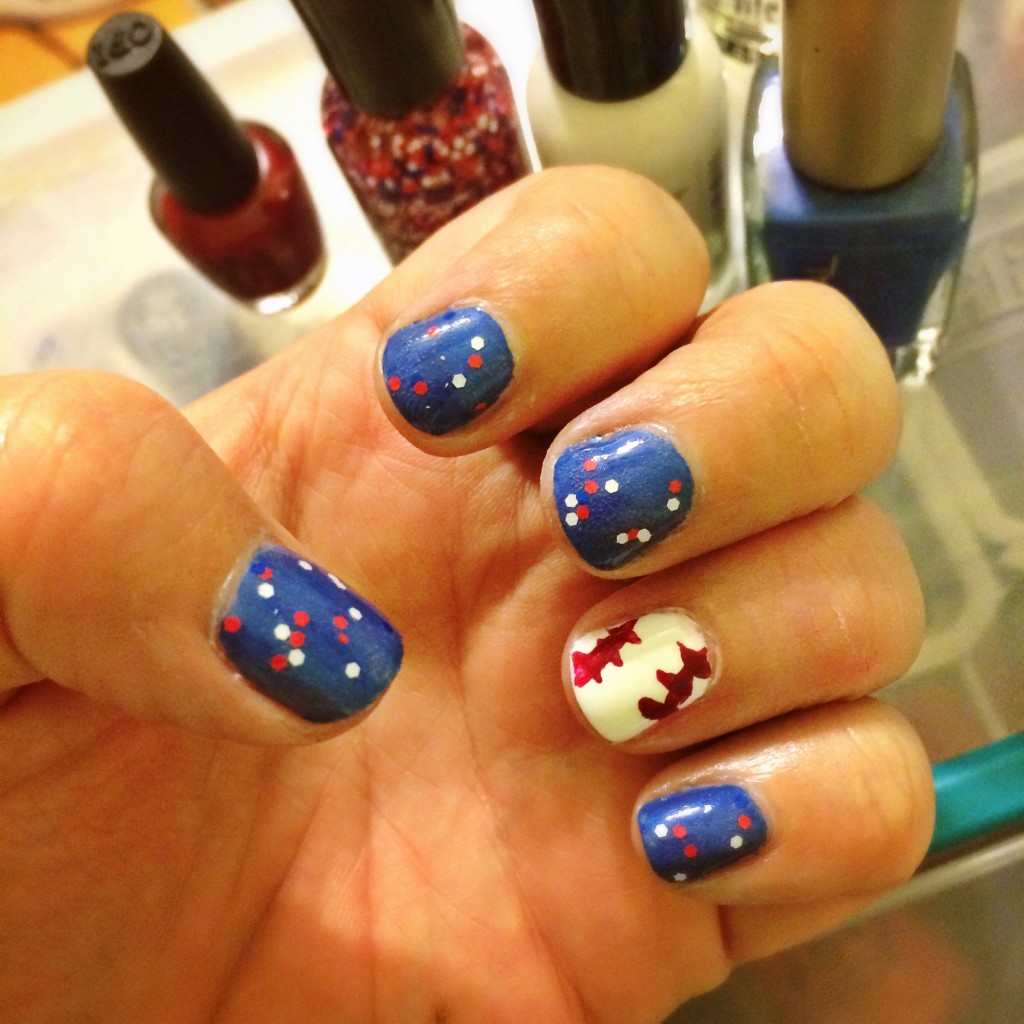 And I gave myself a Cubs themed baseball manicure. The polka dots are actually a confetti top coat by Sally Hansen which I don’t really recommend because it takes about 20 coats to build up any dots! 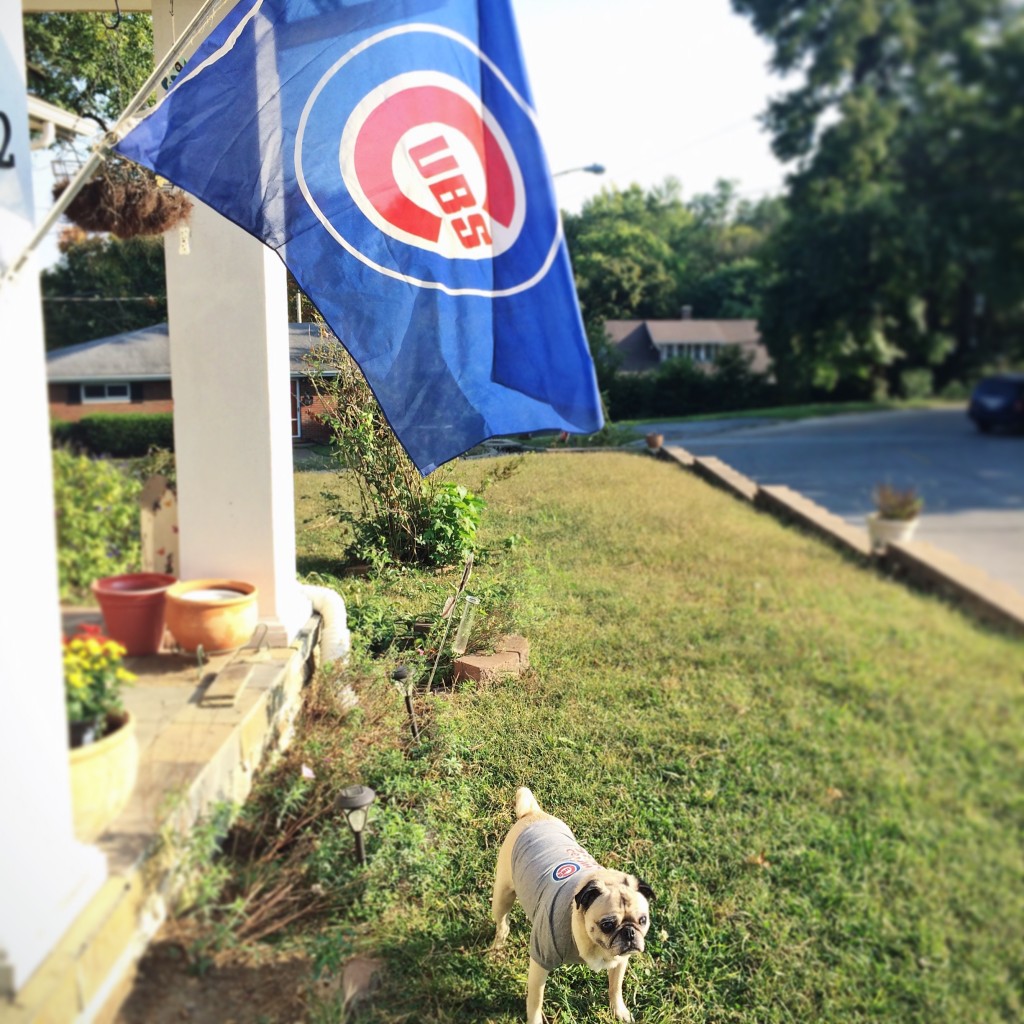 Wednesday evening I switched out the American flag for the Cubs flag. As you might remember I live near St. Louis. While some Cubs fans in my area keep it under wraps, I like to let everyone know where I stand! 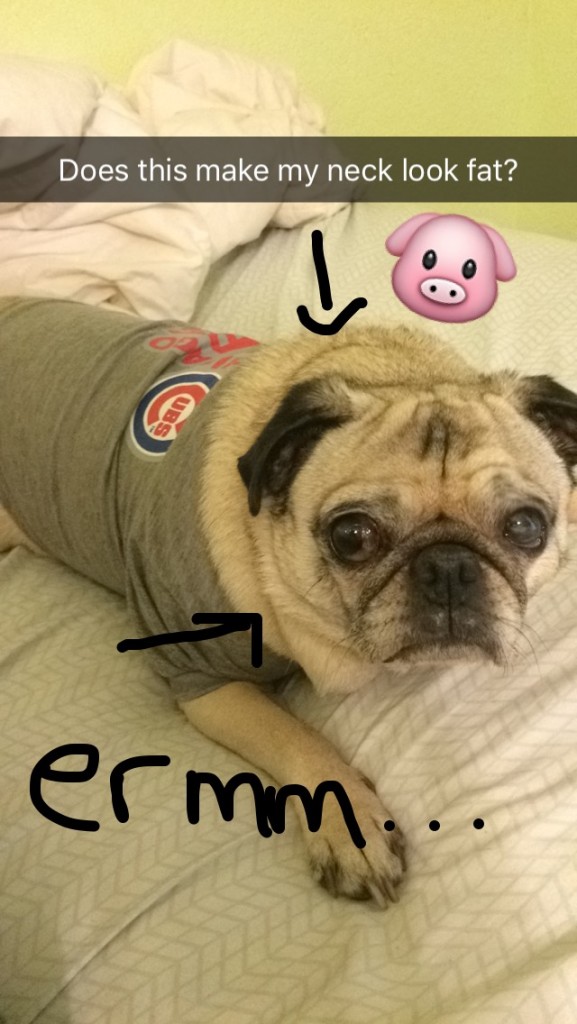 I think it’s about time I finally upgrade Pug to a large. I had to order this online and even though I followed the measurements listed it was too tight. I didn’t want to mess with shipping it back even though it looked like a muscle shirt. But I think he might be getting sick of me singing “fat Pug in a little shirt”.

And I had to make Pug pose for a Go Cubs Go video, naturally. 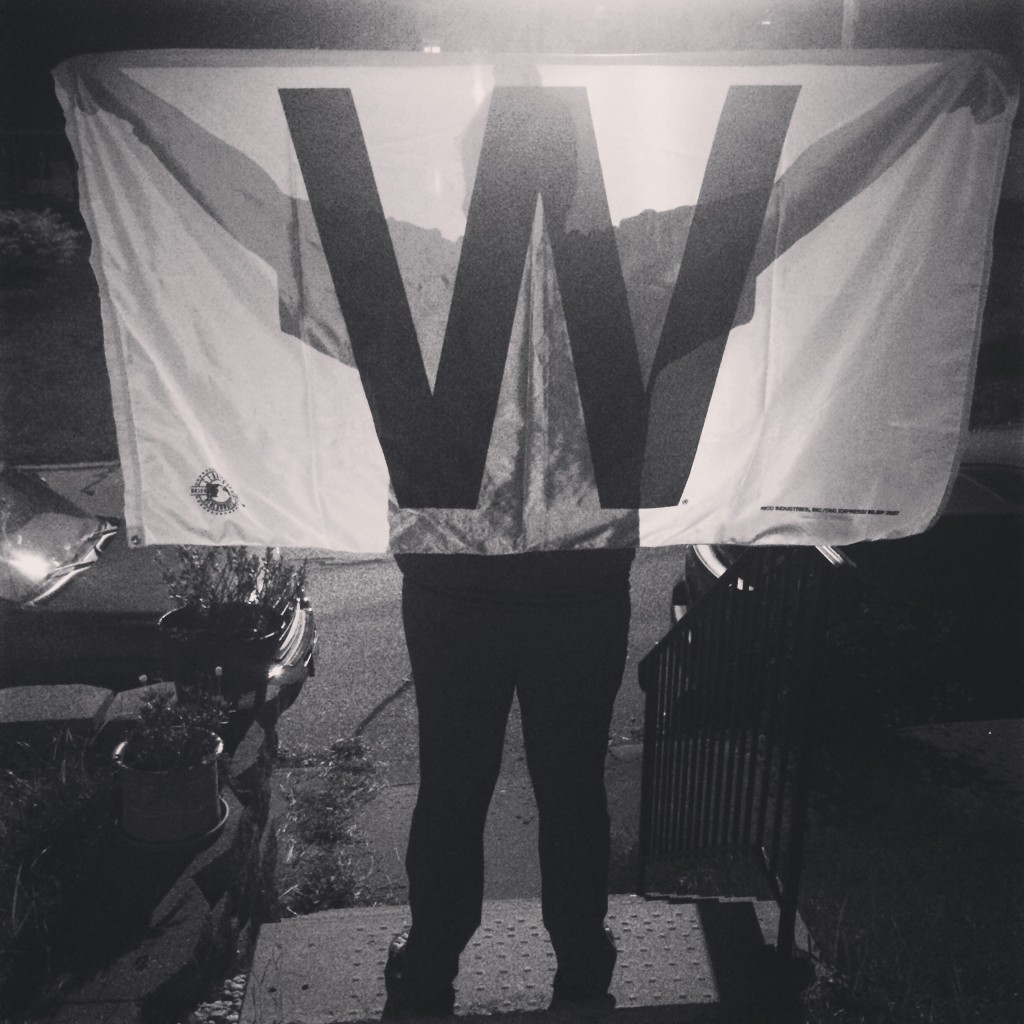 I’d like to personally thanks the Cubs players for only giving me one heart attack inning against the Pirates. It felt amazing swapping out the flags for the W. Now they’re coming to St. Louis to play the Cards and I honestly can’t verbalize how excited I am. 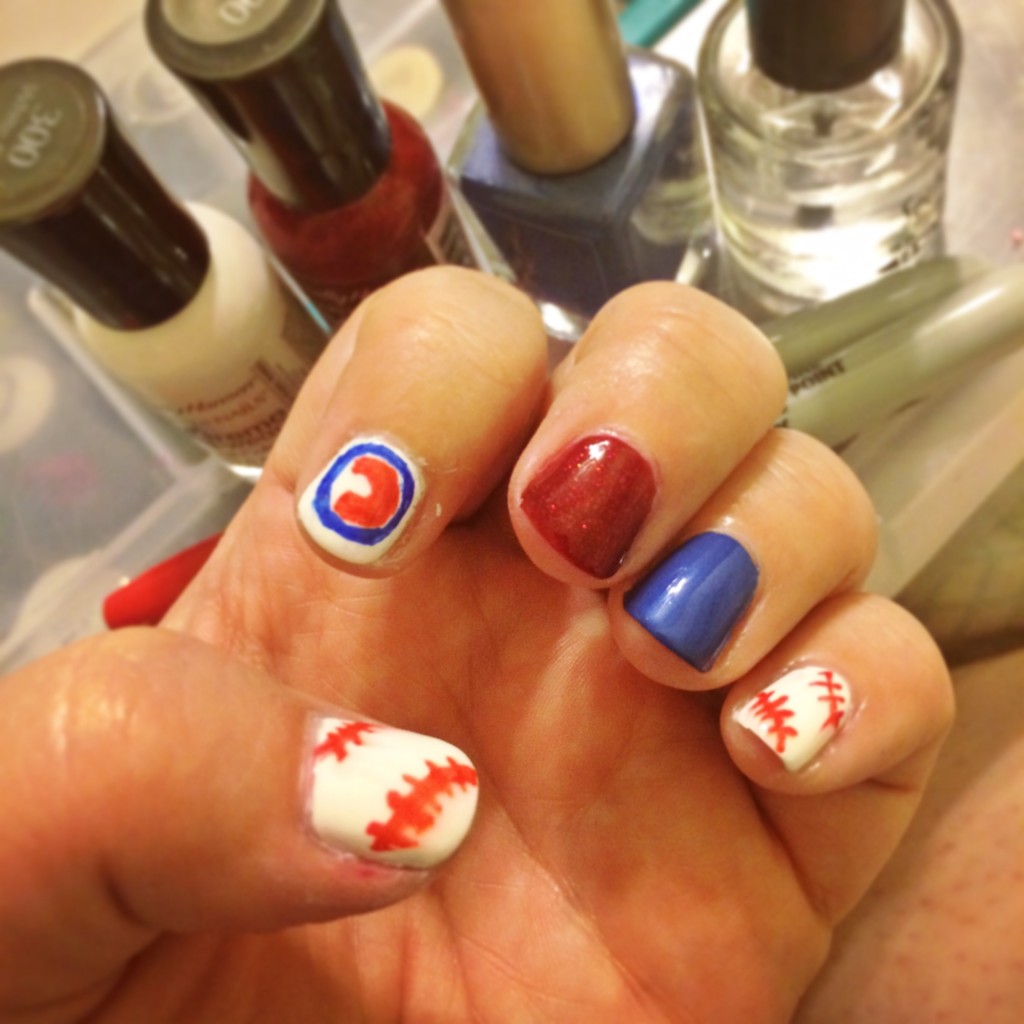 And since there’s a new series starting I had to do a new set of nails. This time I tried my friends tip of using Sharpie to draw my baseball stitching since my nail polish stitching was so sloppy. It was a bit more difficult than I expected and it did smear a bit when I put top coat over it. But overall I think it looks nicer than before. My little Cubs symbol is kinda sad but I didn’t want any Cards fans mistaking my loyalty.