My week in iPhone photos and video. Make sure to follow me on Snapchat (ThisPugLife) for lots more antics throughout the week! 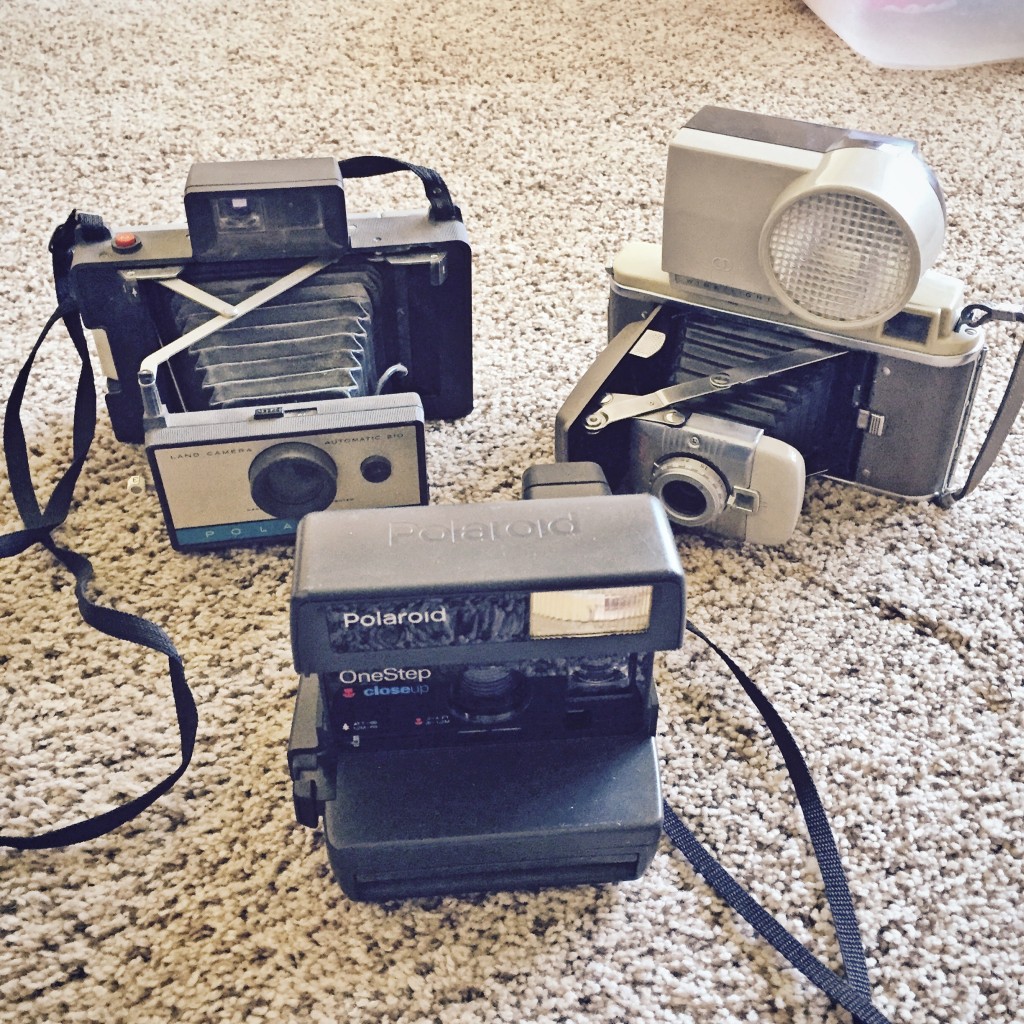 Last weekend we began the arduous process of cleaning out my grandma’s house. It turns out my grandma was a bit of a shutterbug. These are just 3 of the old Polaroid cameras we uncovered which I plan to clean up and display. Some of them still had film in them although I’m not sure it survived decades in a non temperature-controlled attic.

Besides the cameras, this was by far my favorite find. I have no idea how it got hidden in an attic! It has a copyright stamp of 1962 and this cubby bear style matches my Cubs tattoo, which I replicated from a sticker I found among my grandpa’s memorabilia after he died. 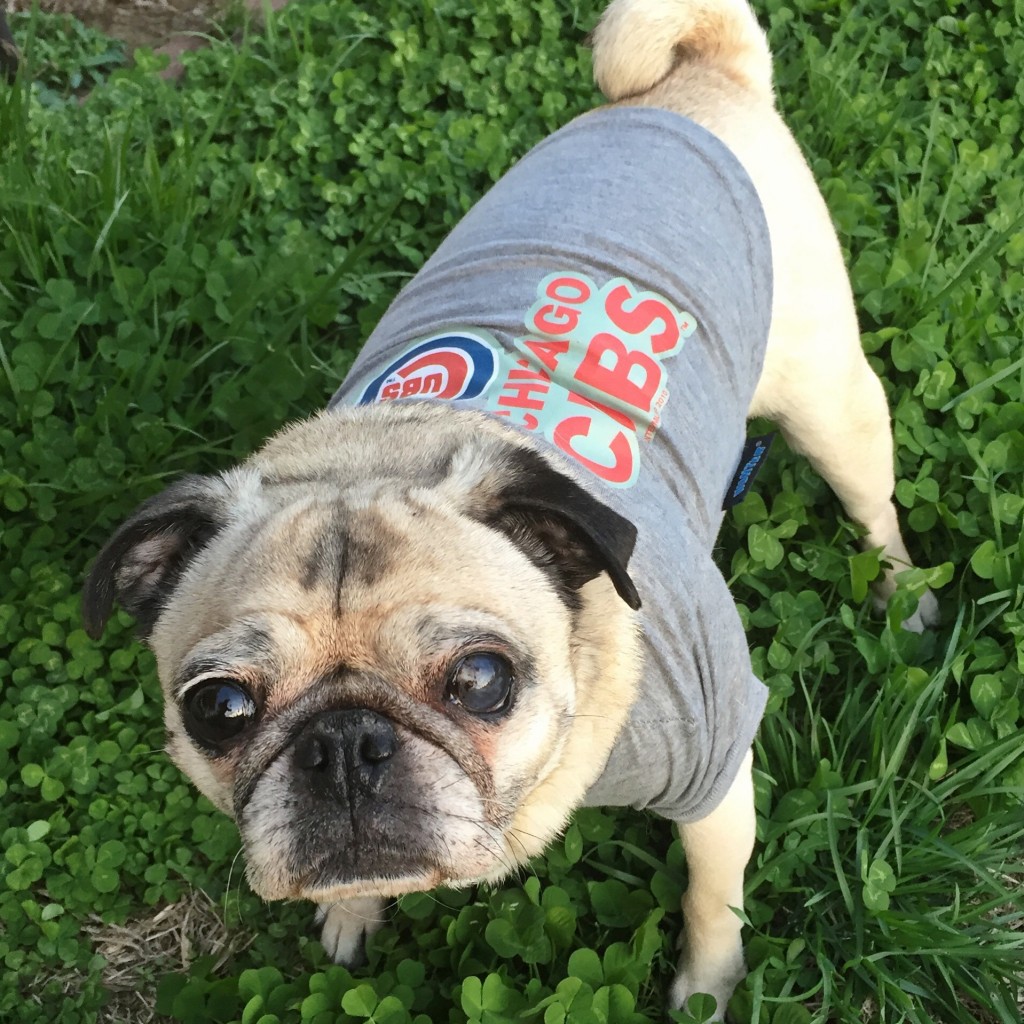 Speaking of the Cubs, Monday was opening day (or night in our case). I keep meaning to replace Pug’s shirt with one that fits him properly but as you can see, that hasn’t happened yet. He’ll have to continue to wear the muscle shirt for the time being! 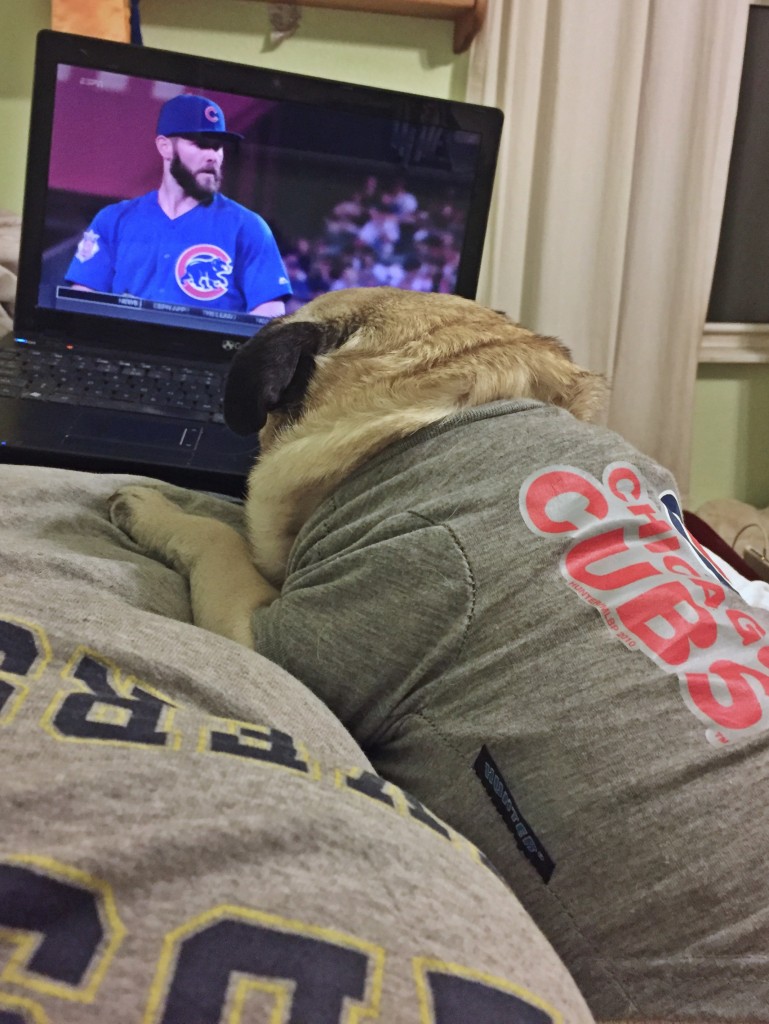 Aside from being there in person, there’s no better way to watch a Cubs game.

This happens so often I don’t know why I haven’t learned to anticipate his moves instead of getting scratched. 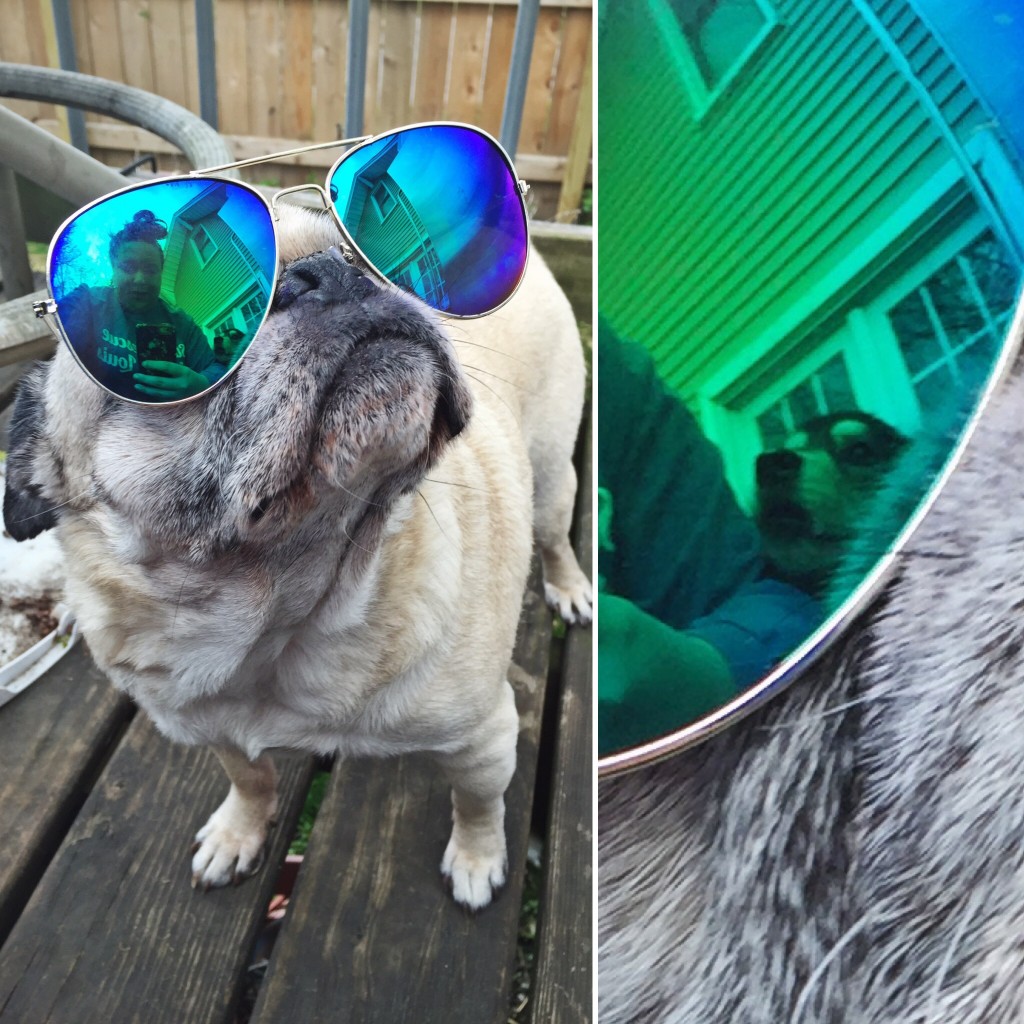 This was the picture that just kept on giving. You’ve got Pug looking like a little stud in my aviators, me looking like a hot mess in the lens reflection, and Molly being a total creeper.