The Joy and Heartbreak of Senior Pets

I’ve had pets my entire life, but I’ve never had a bond with any of them like I do with Pug. We are simply soul mates, and he literally found me. I’ve had him for 7 years and every year when his muzzle gets a little grayer, I die a little inside. I get legitimate anxiety thinking about living without him. When a fellow senior pug on Instagram died unexpectedly I had a full-blown panic attack, because I started thinking that even though Pug seemed perfectly healthy maybe he would just drop dead any moment. I’ve since calmed down, but the fear never fully leaves. 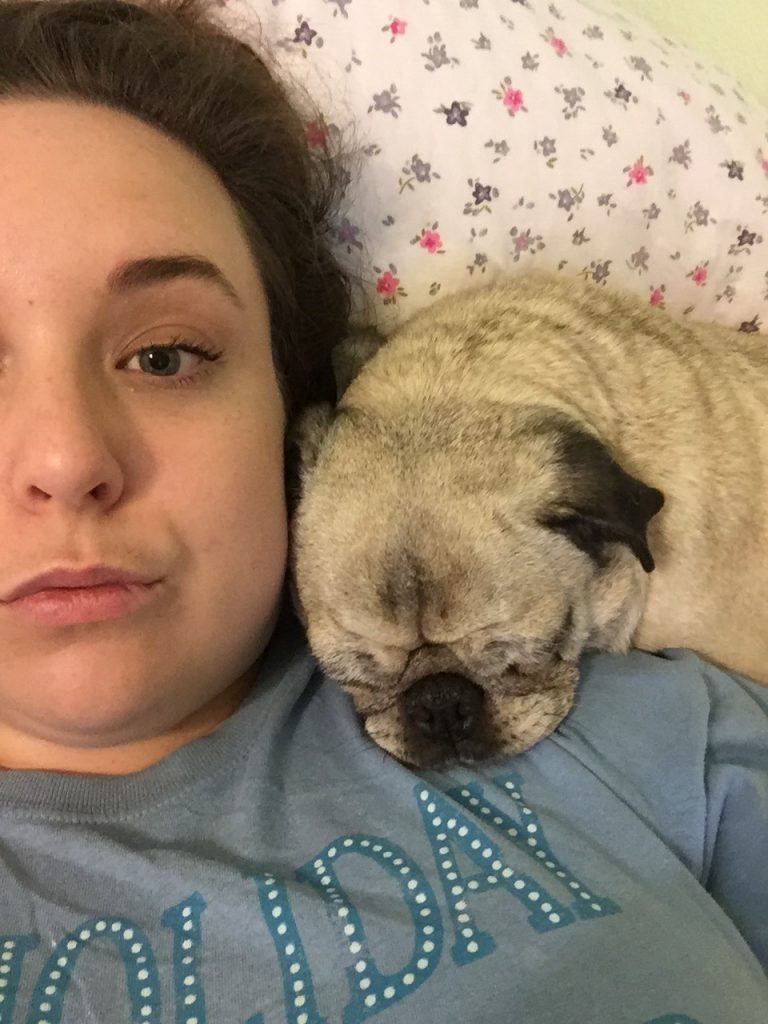 A few weeks ago, Pug started slipping and sliding a lot on his back legs. I thought it might be because his nails were too long and we have slick floors. But, not long after that his back legs almost completely gave out and he was walking funny and slumped over. He also started to have poop accidents not only in the floor, but even in bed. It was like he didn’t know he had to poop and it would just come out. Even when he was outside, he would be walking around and wouldn’t squat until it was already happening. 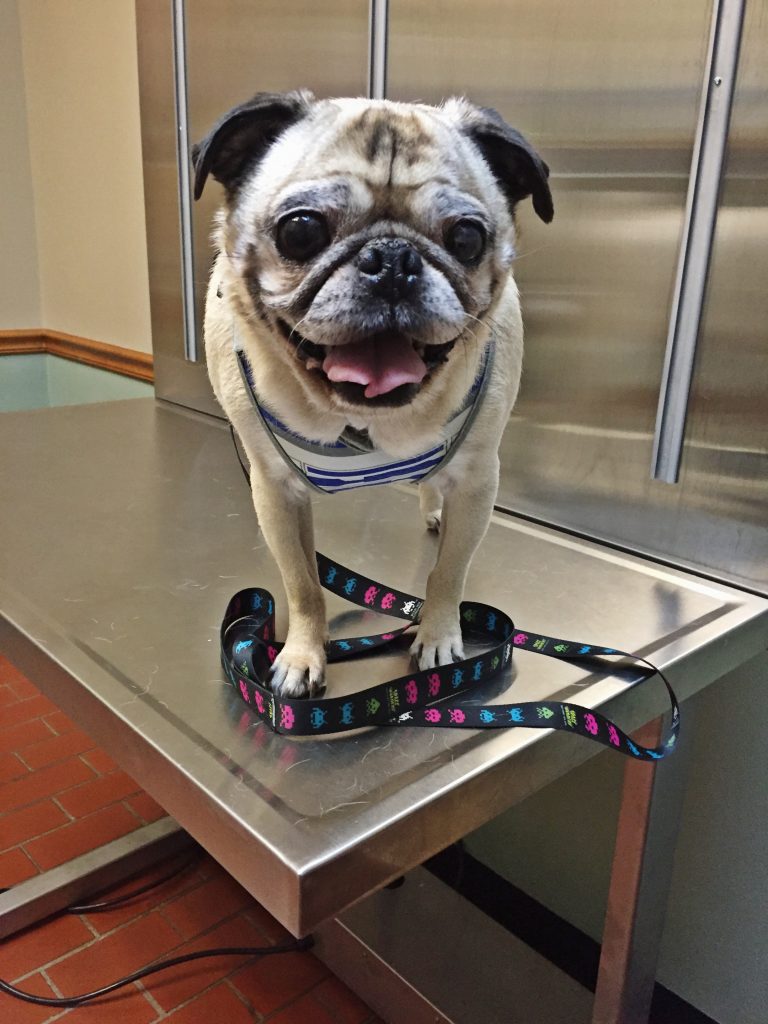 I was able to catch one of the leg incidents on video and show it to my vet. She believed that Pug probably had some disk compression in his spine and that was causing numbness in his back end, causing him not to be able to feel when he had to poop as well as lose control of his legs. We started him on Gabapentin.

But around the same time Pug started becoming really restless at night. He was up and down and all around, all through the night. He just wasn’t himself. He didn’t want to play with his toys, or even suck on blanket which really started to scare me. Pug is addicted to sucking on blanket and it’s literally his favorite activity. 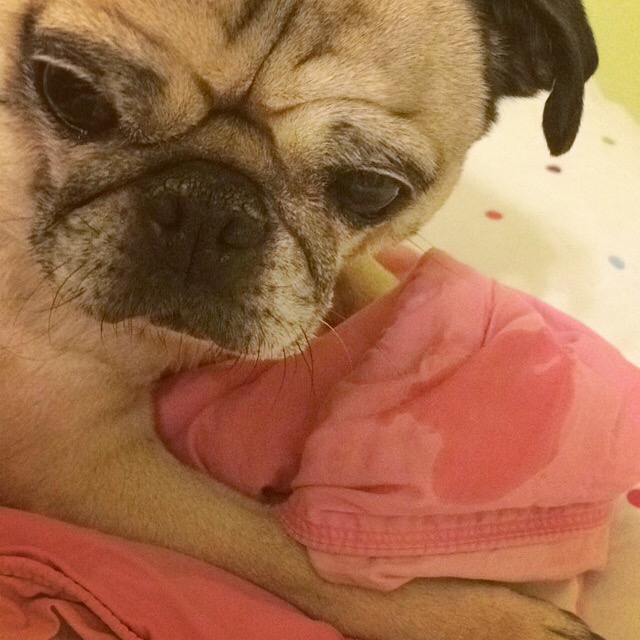 I started to get really scared thinking that he was declining cognitively. However, with some input from my online friends and a consult with the vet we believed that perhaps it wasn’t just numbness he was experiencing from the disc issues, but pain as well. She prescribed him Prednisone along with the Gabapentin and we started that on Monday. He already seems to be sleeping better and while he’s not back to himself completely, I’m seeing improvement. 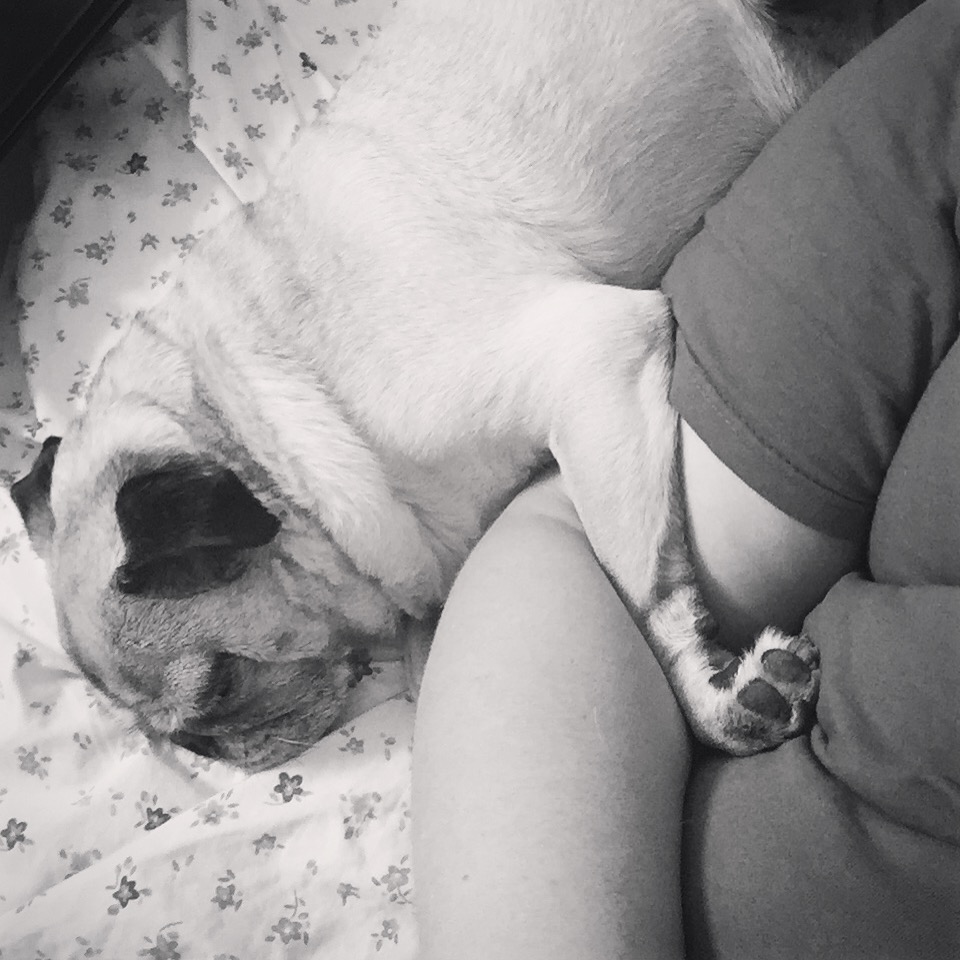 I’m relieved that we seem to have found the culprit of this issue but the underlying anxiety is always there. Pug is 12 now and I know he won’t be with me forever. But, I’m trying to push those fears aside and continue to enjoy every day I have with him.