We’ve had some time to test out the items from the August Loot Pets crate and it’s time for a full review. 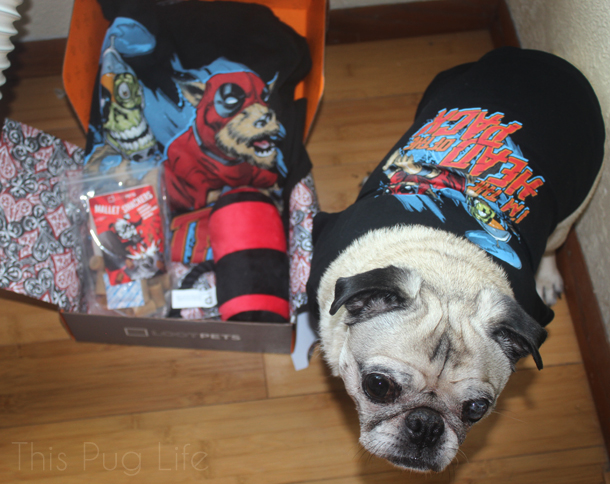 This is actually the second time we’ve received a Deadpool shirt but the first since they introduced the matching human shirt. This is also Dogpool, which is from the comics, whereas the first shirt I believe was based on the movie.

I have to admit, I really know nothing about Deadpool – proven by the fact that I thought “Dogpool” was a parody dreamed up by Loot Pets and not an actual comic book character. Google set me straight.

I feel like a poser wearing this shirt since I know nothing about the character… but it’s pretty cool nonetheless.

Also, I complain every time but black is the worst shirt color unless you have an all black dog! 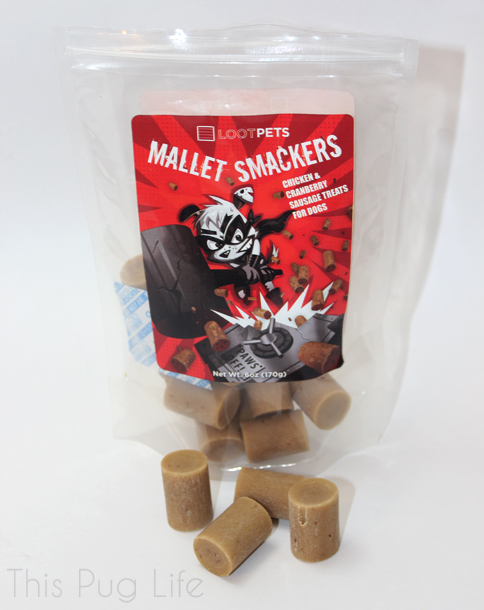 The dogs as usual loved their treats this month but I was especially excited about these because they seemed different from what we tend to get. Called “sausages” these chicken and cranberry treats are grain-free and smell amazing – like cranberries. They’re quite hard though and don’t resemble sausages at all. Here’s the full ingredient list:

As always I still love the artwork on the treat packaging and I still hope Loot Pets will bring back the custom art on the boxes and magazine (yes, I’m still whining about the magazine!). 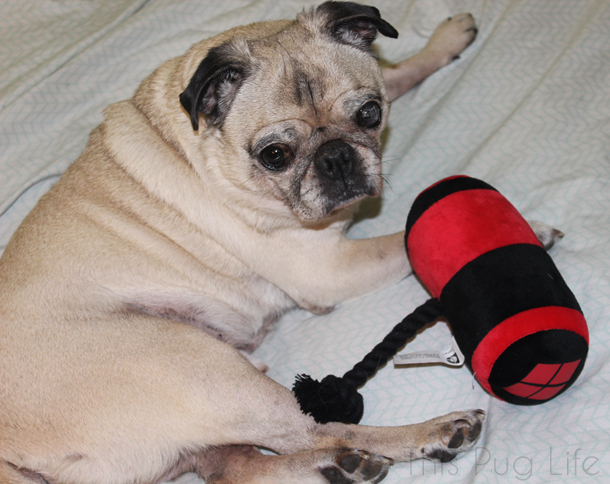 Continuing with the Harley Quinn theme, we’ve got the stuffed mallet toy. This is actually another pretty good example of officially licensed merchandise and it was a Loot Pets exclusive. Not reinventing the wheel by any means, but I thought it was a solid offering for the theme.

I think an actual Harley Quinn plushy would have been cuter, but this is good. It offers both a squeaky plush and rope toy and is a decent size for a wide range of dogs. 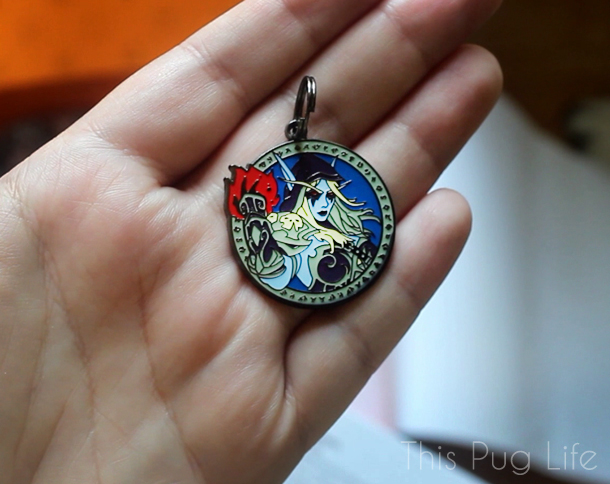 Once again I had no idea what the dog tag was about this month, although my initial impression was that it looked like World of Warcraft. And I was right! This is a World of Warcraft Sylvanas charm… if that means anything to you this will be a very nice inclusion.

That’s it for August’s Loot Pets crate. Nothing in this month’s crate (besides the treats) really wowed me but I didn’t dislike anything either. It was just a pretty basic month for me. But, that’s almost entirely due to me not being knowledgeable about the franchises included this month. Like I said, I think the Dogpool shirt is awesome, I just feel weird wearing it in public when I previously had no clue the guy existed!

Next month’s theme is “Speed” and I am really looking forward to seeing where they go with that. On the surface, it seems like something potentially really different from what they’ve offered in the past. We’ll see!

Check my YouTube channel later this month for my unboxing of September’s Loot Pets and check back here for a full review! Or if you’d like to join in the fun you can order your own subscription and get 10% off with my code PUGLIFE.