If you’re a regular reader you know that this blog is generally speaking a politics-free zone. But, for many women and men marching this past Saturday this wasn’t about partisan politics – it was about basic human rights. And for me and many others who rely on the Affordable Care Act to treat our chronic illnesses, it’s a matter of life or death.

My experience Saturday at the Women’s March on Washington sister march in St. Louis was moving, inspiring and life-changing. I would be remiss to not include my experience on a blog that is about my life. 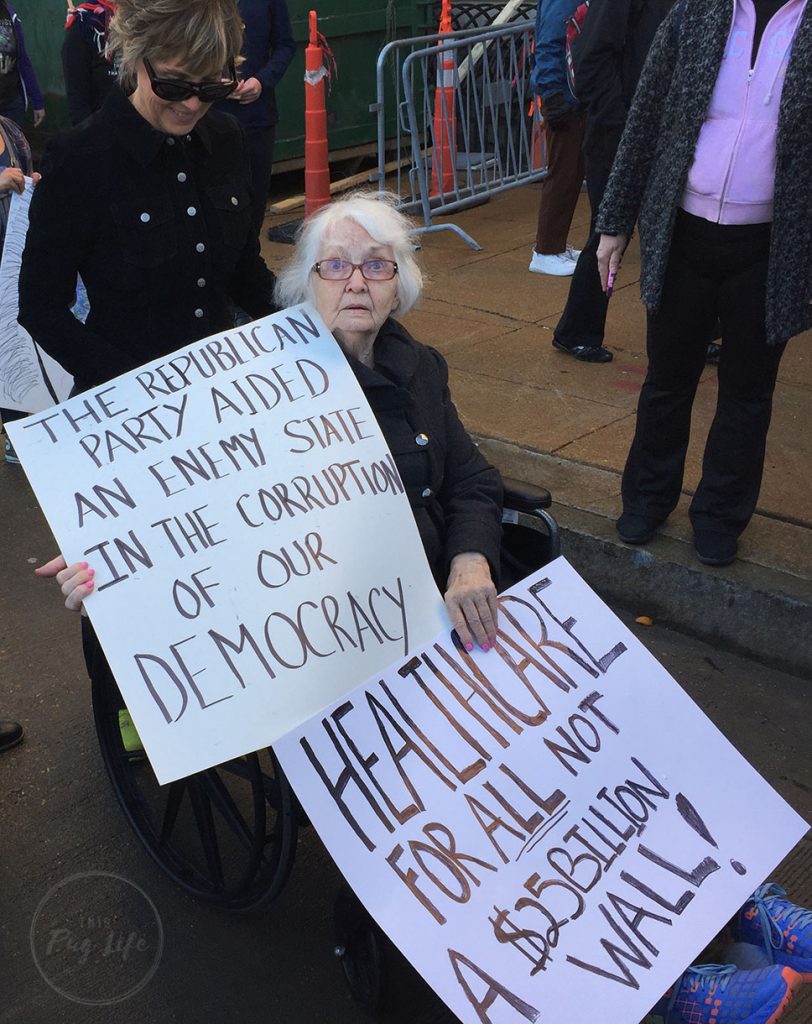 When we arrived at Union Station via the Metrolink we could see quite a few people milling around, but I still didn’t know how many to expect. Though, when I saw this woman and her family I was already feeling good about the dedication of the marchers. 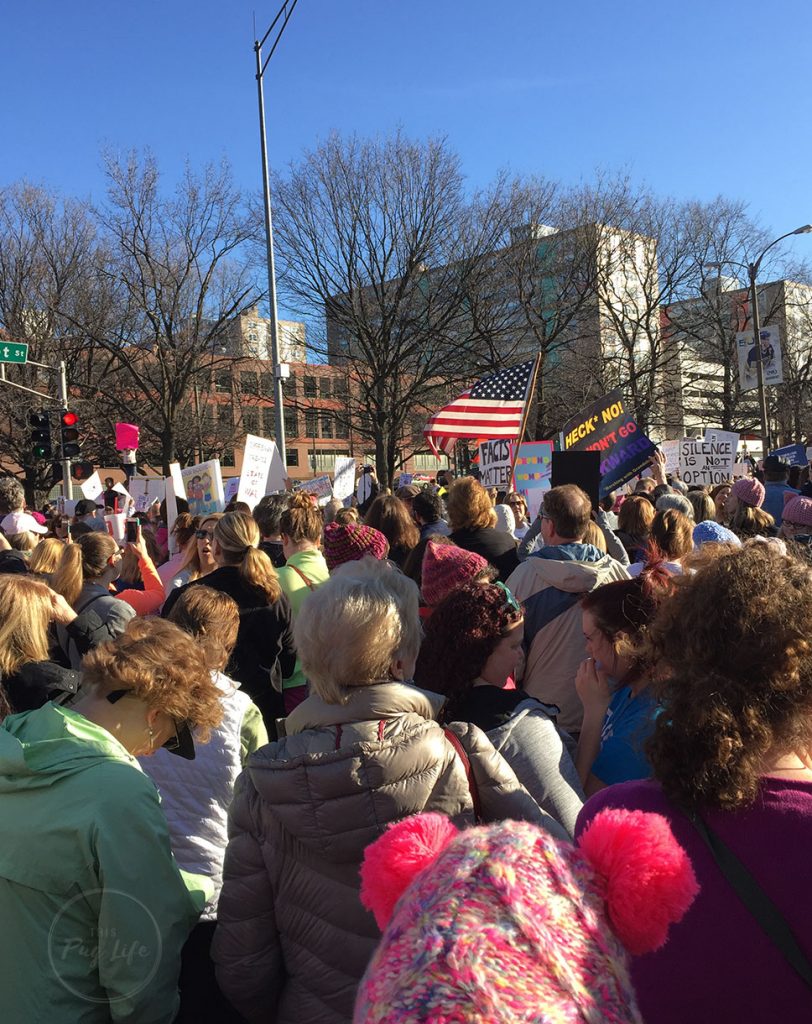 As we got to the top of the hill, it was clear there was a pretty large group, but we could not see very far in front or in back of us. The fact that we didn’t start moving until about 40 minutes after the march began was a pretty good indication the group in front of us was big. 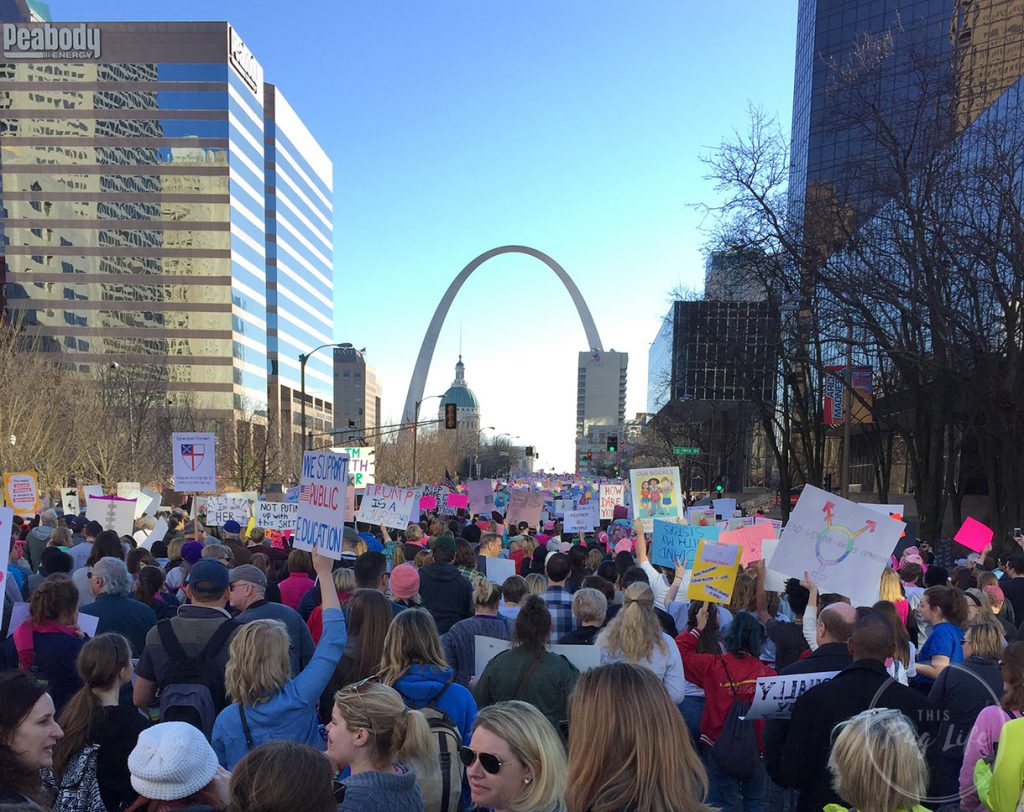 Finally we hit a crest which gave us a view to the front of the line. 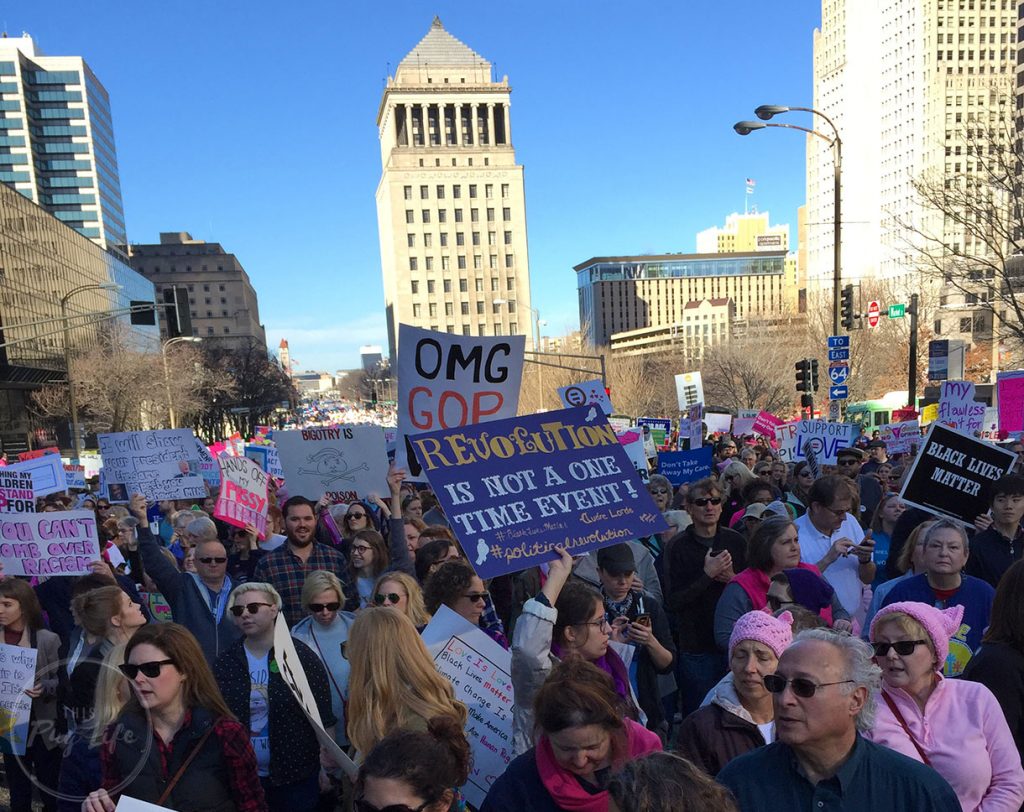 And toward the back. That tower with the reddish cap is where we started from, and there were still people back there. I ended up seeing a Tweet from NARAL-MO afterwards that the march ended up encompassing 14 city blocks. The crowd estimates from the police were anywhere between 15 and 20,000 people. 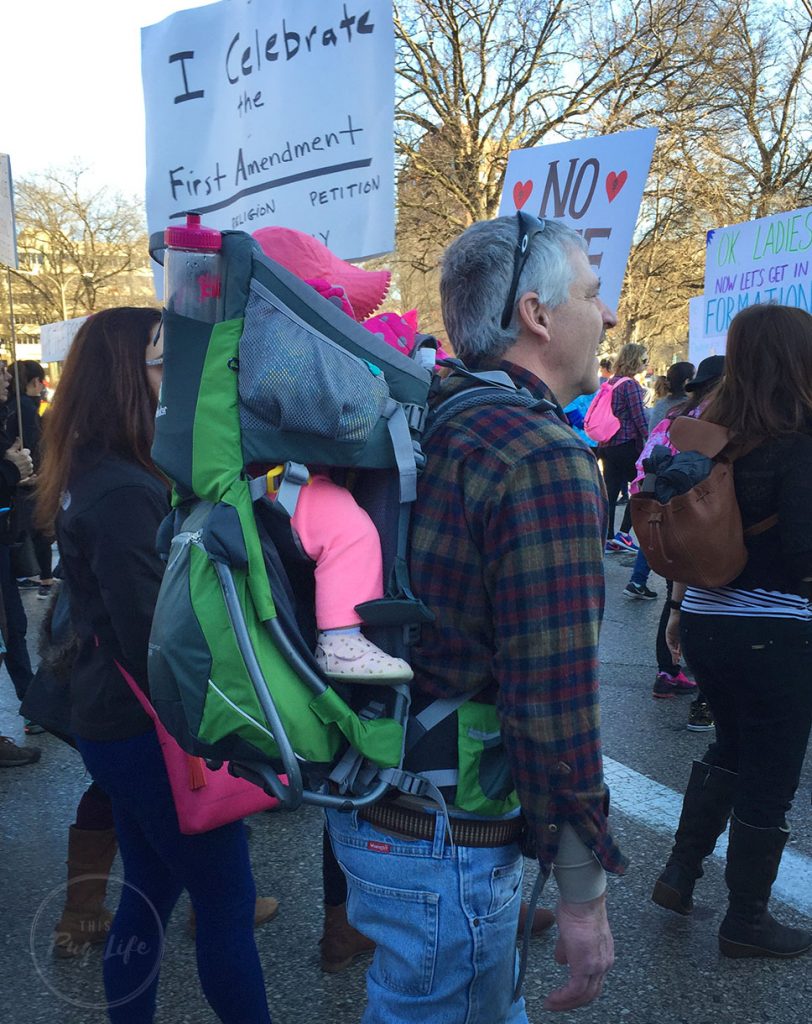 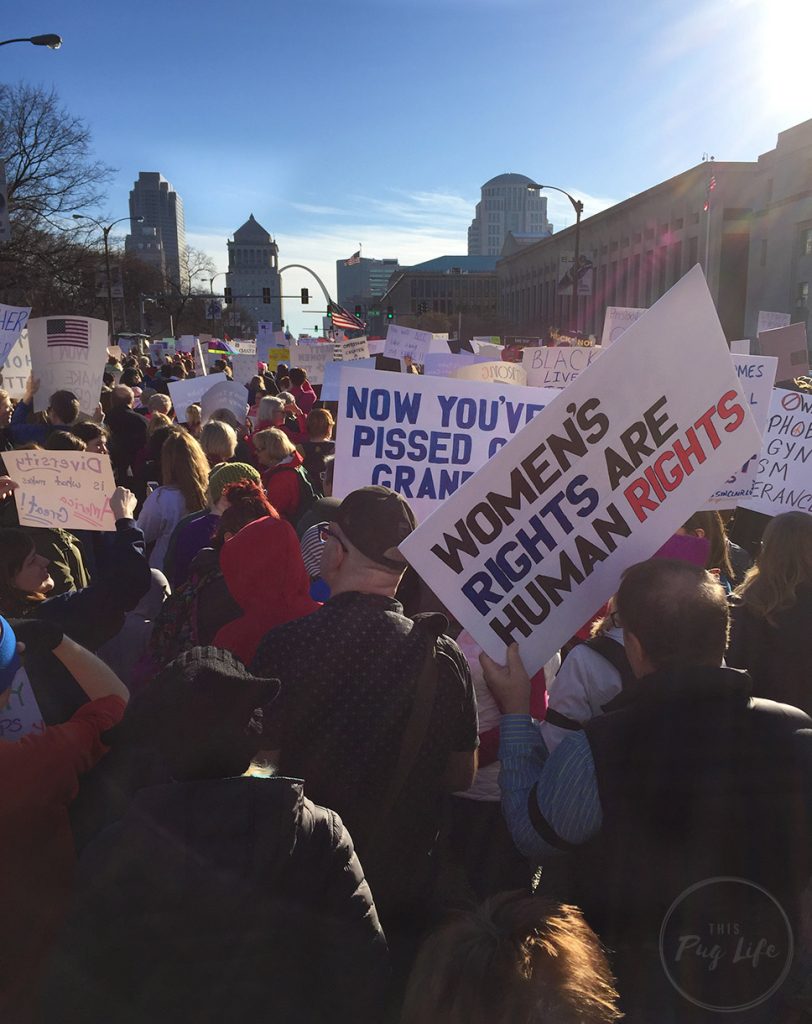 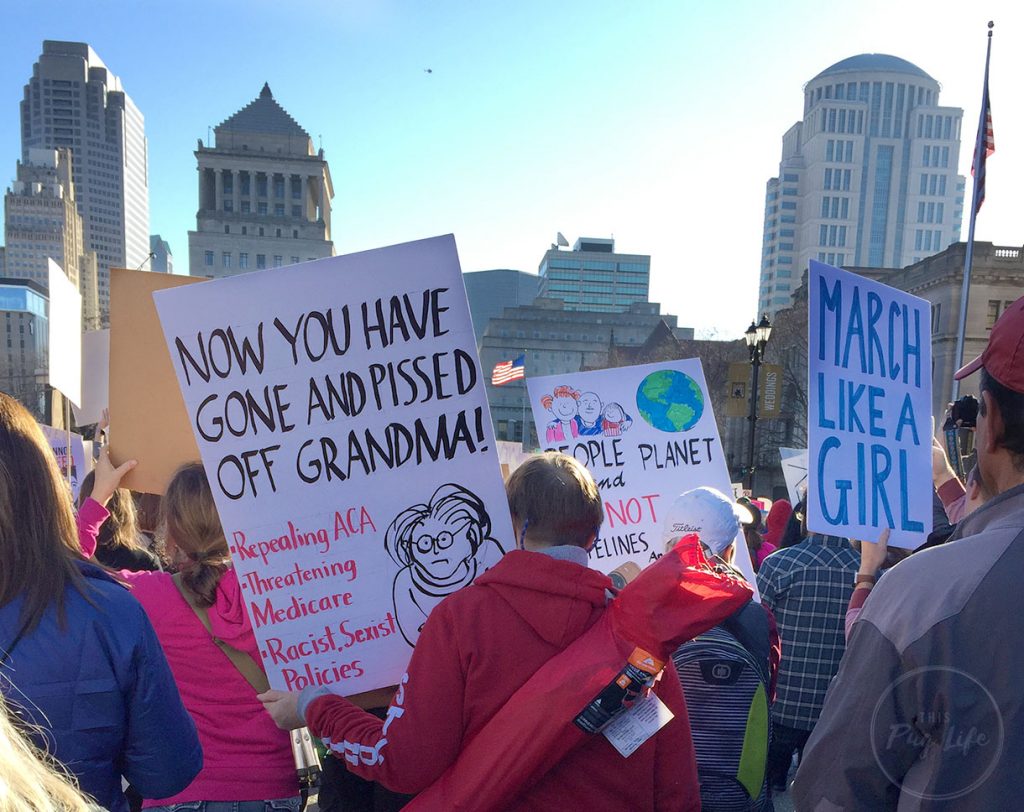 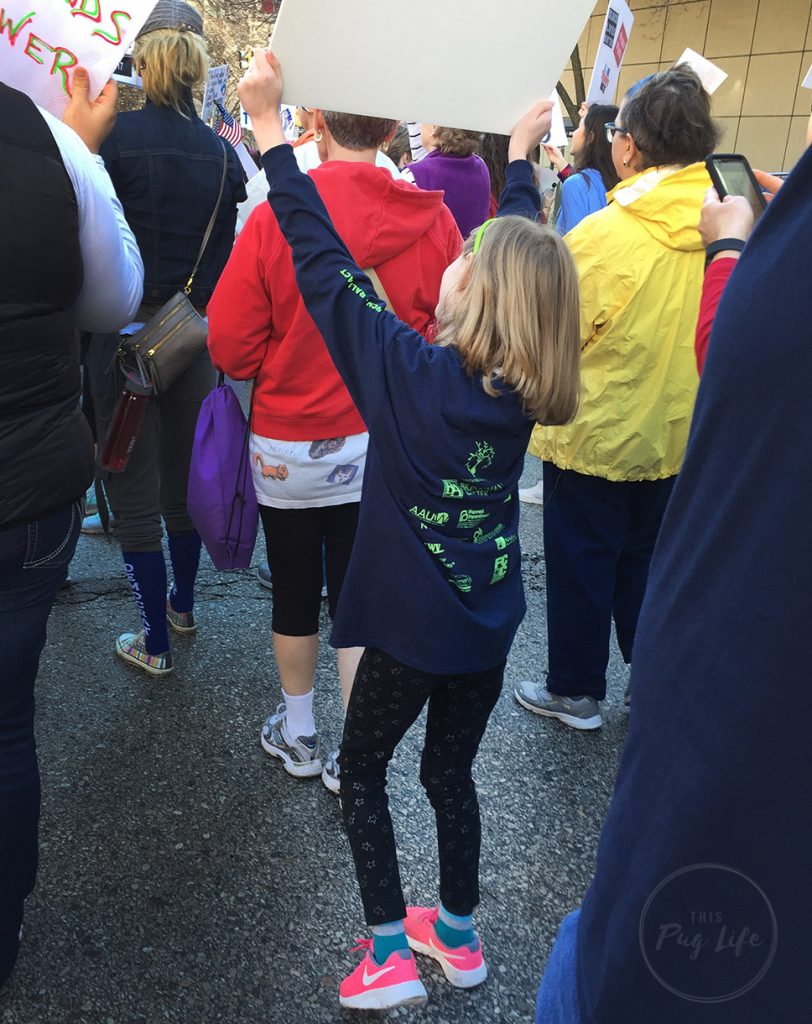 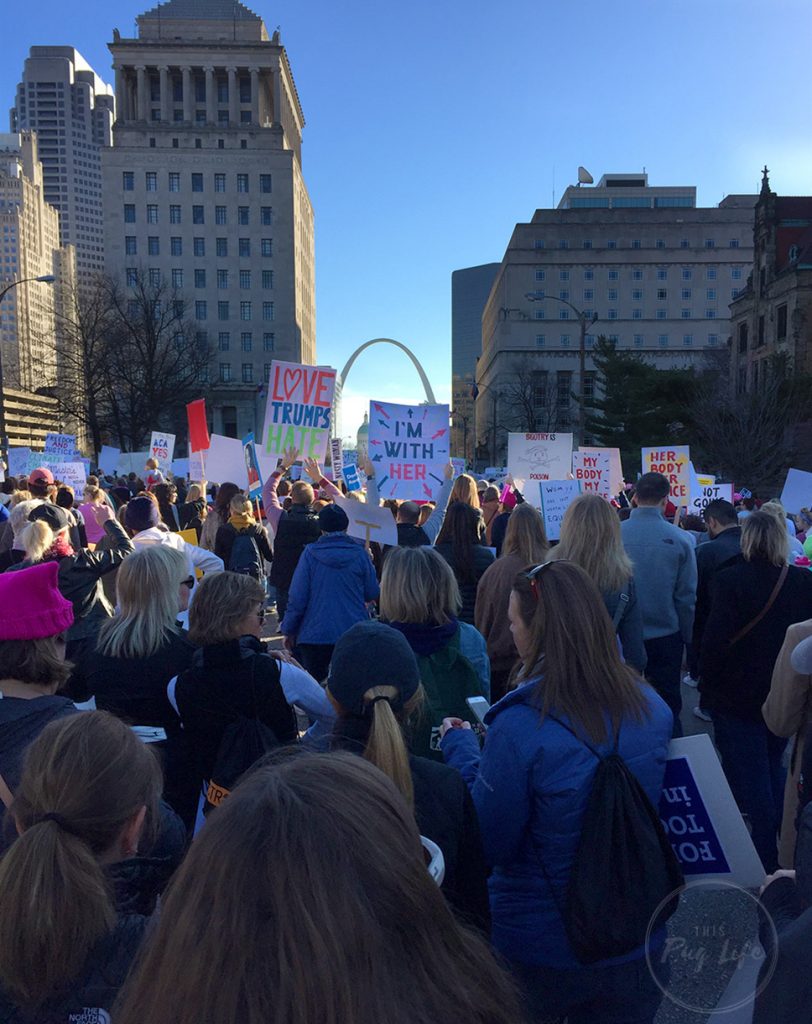 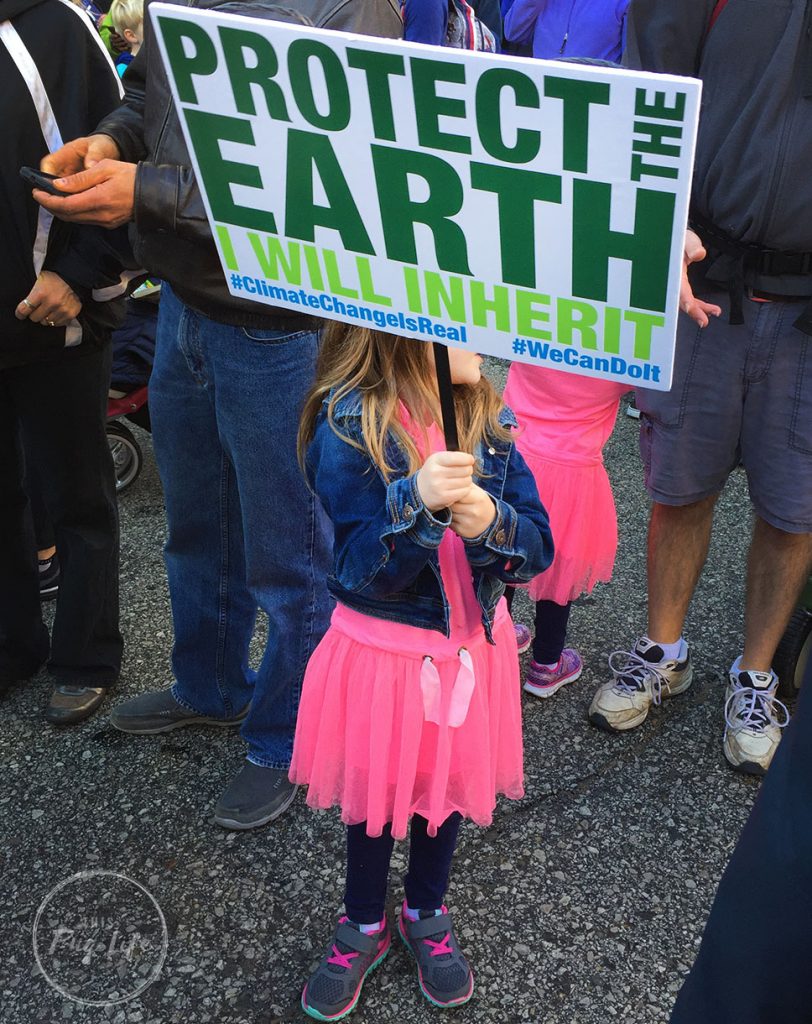 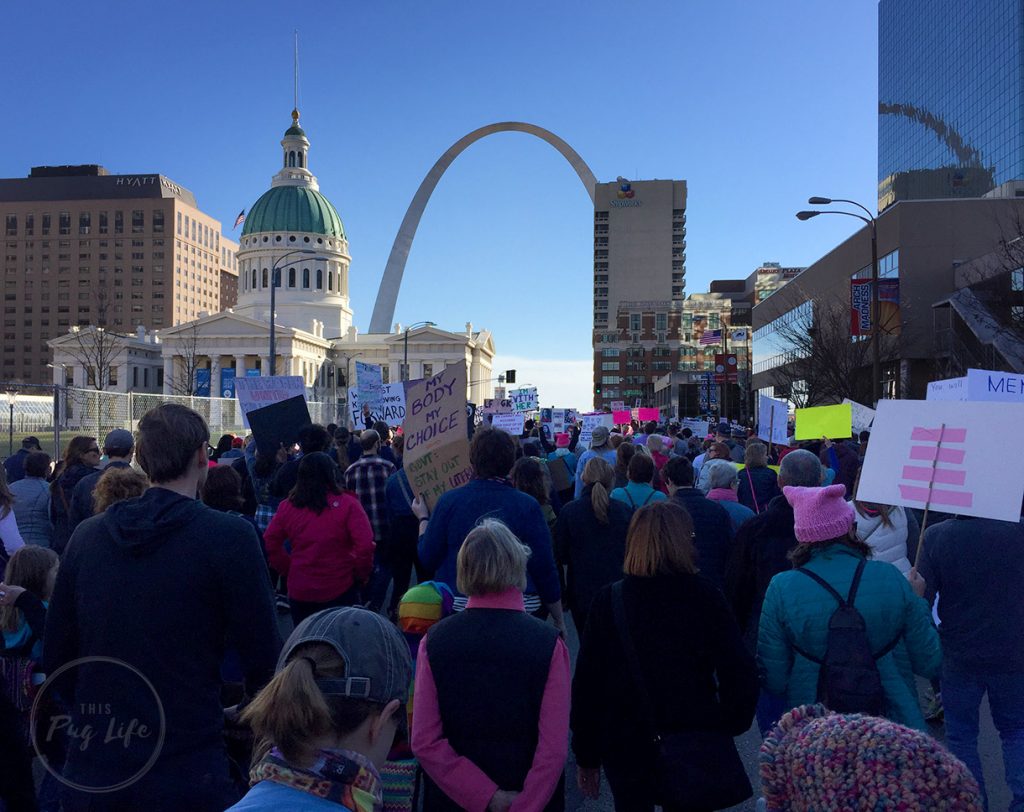 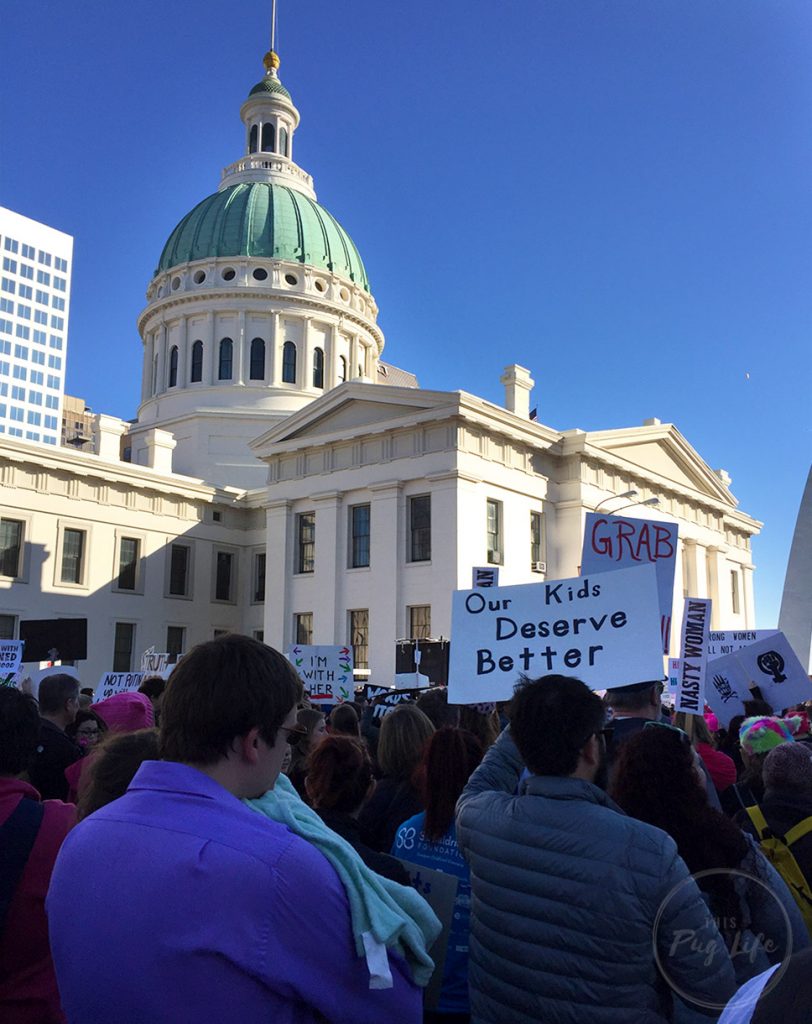 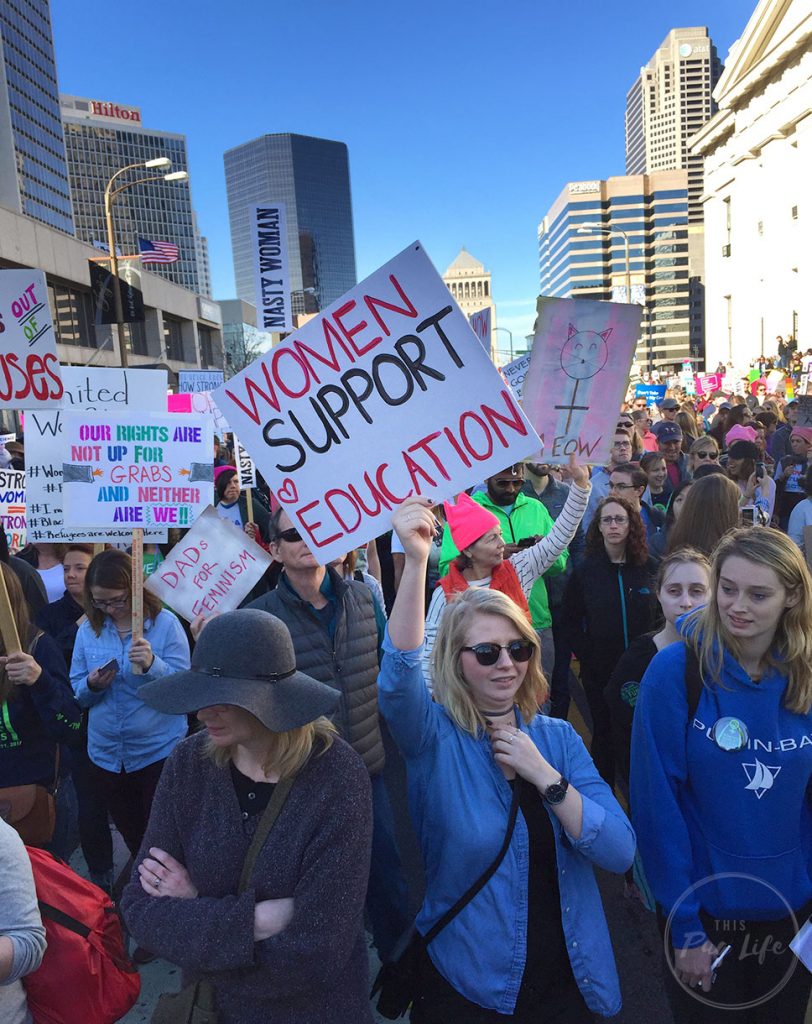