I’ve gotten behind on doing my monthly Loot Pets reviews, but I’m getting caught up now and ready to start back up. With Pug’s recent health issues, he just hasn’t been playing much with toys (he’s still all about the treats though) so it was hard to review all the items. But, with Pugs joining the family, I have a new enthusiastic reviewer!

With all that said, let’s get into this month’s crate. The theme was “build”. 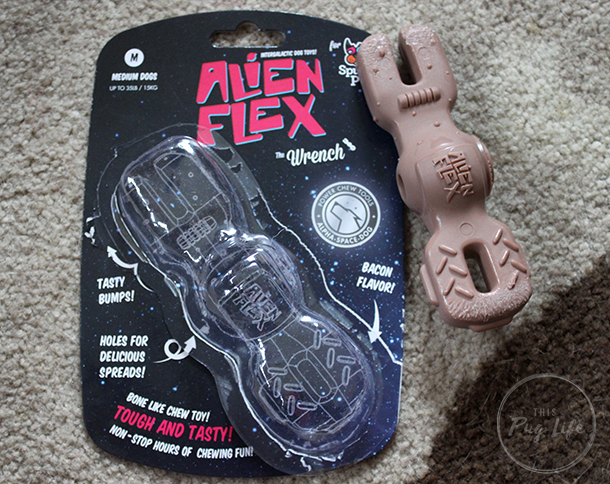 First up is Alien Flex “The Wrench” toy. This would have been a toy I wouldn’t have been able to keep, before. But Pugs seems to love all toys and has been obsessed with this one. It says it’s bacon flavored but I don’t smell it. I also haven’t tried putting a spread in the holes because they’re pretty tiny. It seems like it would be more hassle than it’s worth (I’ve got toys specifically designed for stuffing anyway). 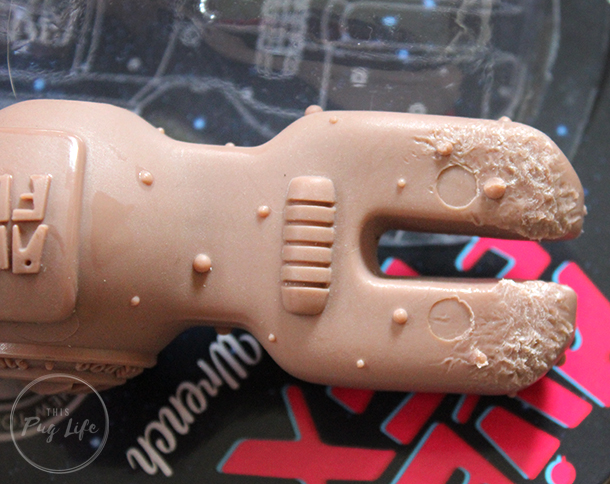 You can see that he chews pretty voraciously on it, and it’s held up reasonably well. The various bumps are good for cleaning teeth and stimulating the gums, so I’ve been very pleased with this toy overall. It’s something he can chew on in bed without it being messy or gross like a real bone or bully stick. Plus, the wrench is obviously perfectly on theme! 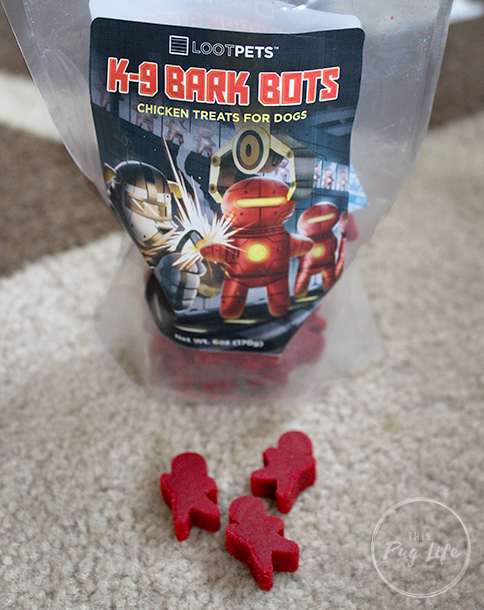 The treats this month were pretty controversial, and you can probably see why. They are red. And contain Red 40 dye. I mean, they look great for the theme, and I’m not overly concerned with artificial dyes when it comes to treats (food would be another story), but it was definitely disconcerting when I opened it up. 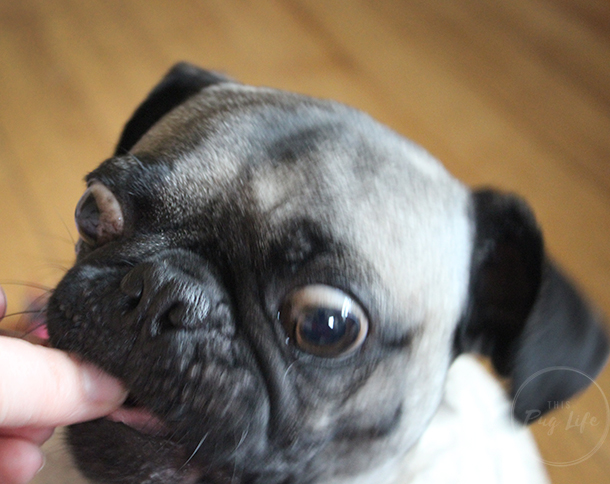 That said, the ingredients otherwise were of the same high quality as usual, and as always made in the USA. The dogs had no such reservations about the color and all 3 gobbled them up eagerly. 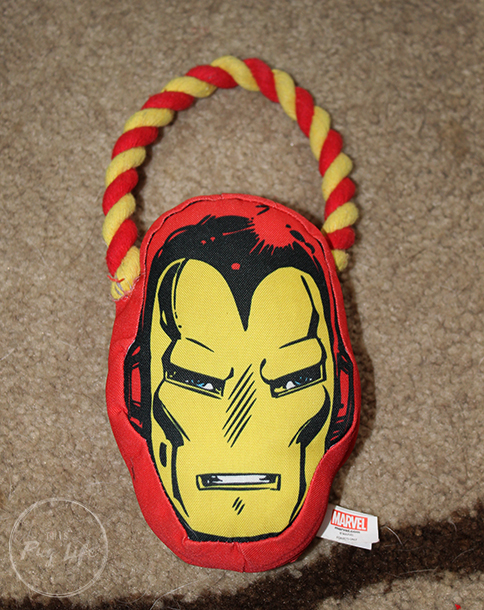 The second toy this month was this Iron Man plush/rope toy. Pugs has been enjoying this one quite a bit, thrashing it around by the head (and smacking me with the rope – ouch!) as well as playing tug. It’s held up nicely so far, but even a rambunctious pug is still just a pug, and Pugs doesn’t pick at seams. I think a more aggressive chewer or a “picker” would probably have gotten this opened up. So, your mileage will vary. 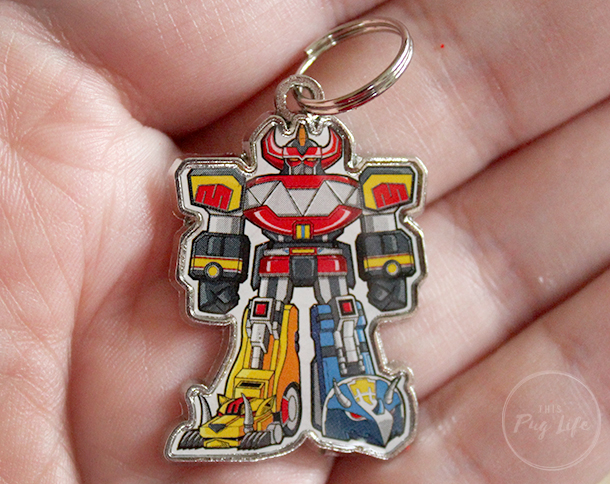 You still receive a dog tag every month and I am obsessed with this Megazord! As you may recall, the pugs have cosplayed as Power Rangers. I’m also really excited for the new movie reboot (I loved the original movie, cheesy as it was). Since neither of my pugs wear regular collars, this may become a key charm for myself instead.

At just over a year old, Loot Pets has been through a few changes. The first crates included a pet t-shirt that matched the shirts in that month’s corresponding Loot Crate. Then, they started including matching human and pet shirts in Loot Pets. Now, they’ve changed back again. And for the past few months, there hasn’t been a pet shirt in the box either.

Now, they still ask for shirt size on the order form, so I don’t think they’ve done away with them completely – it’s just not an every month item (I believe they said it would be this way originally). While I did enjoy the pet shirts a lot, it really wasn’t necessary to get one every single month.

Plus, I’ve noticed that the quality and variety of the items in the box has improved. For instance, in a past month’s box we received a really cool metal dog food bowl that was designed to look like a Original Star Trek uniform. Super neat and nice quality. I started using it for Pug’s daily food dish.

You can check out the unboxing video for March’s “Primal” crate and check back here next month for a full review of the items we received.

If you’d like to join in the fun you can order your own subscription and get 10% off with my code PUGLIFE.